A Struggle Worth Overcoming 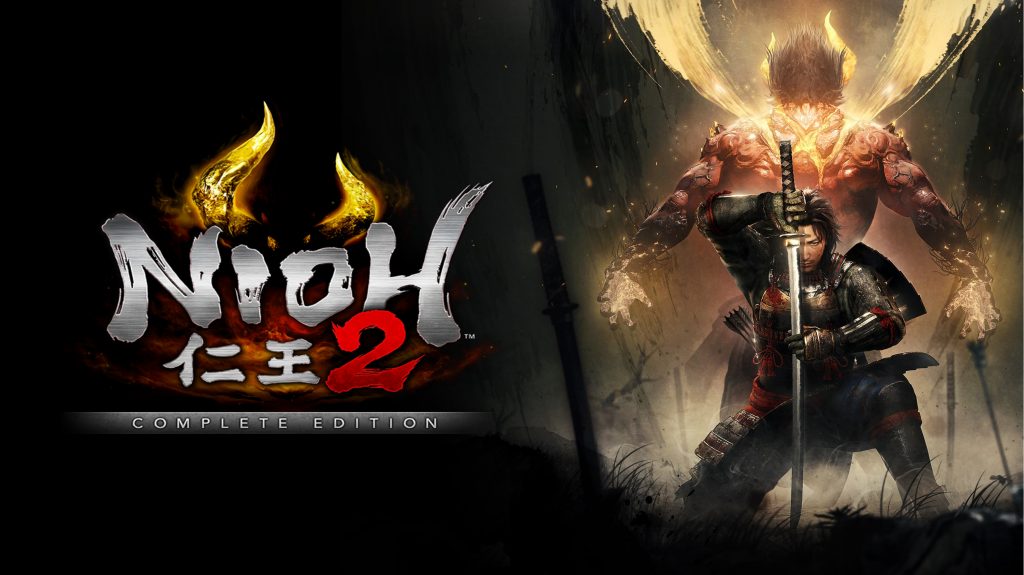 I don’t remember the last time I struggled with a game in the same way that I did with Nioh 2 – The Complete Edition. It took me to places that I wasn’t expecting and did not want to go to, threw waves of infuriating problems at me, and, if I’m being honest, made me want to just give up a few times. It was absolutely exhausting, and I never want to deal with something like it again. Fortunately, however, I was finally able to get the game to install and run properly. And, after that, it was a blast!

I’m probably going to step on some toes here, so allow me to apologize preemptively. Now that that’s out of the way, I’d like to say that I am not a fan of PC gaming. Maybe I’m just unlucky or something, but I always seem to run into some sort of problem when I’m reviewing a game—and this time, it wasn’t just me. It does seem like they’re working on getting everything patched, and, so long as it’s taken care of, I guess it’s fine. But it really sucks when games as great as Nioh 2 begin as sour, unplayable experiences due to technical errors. But, as I said, at least it’s fun after you get through that. 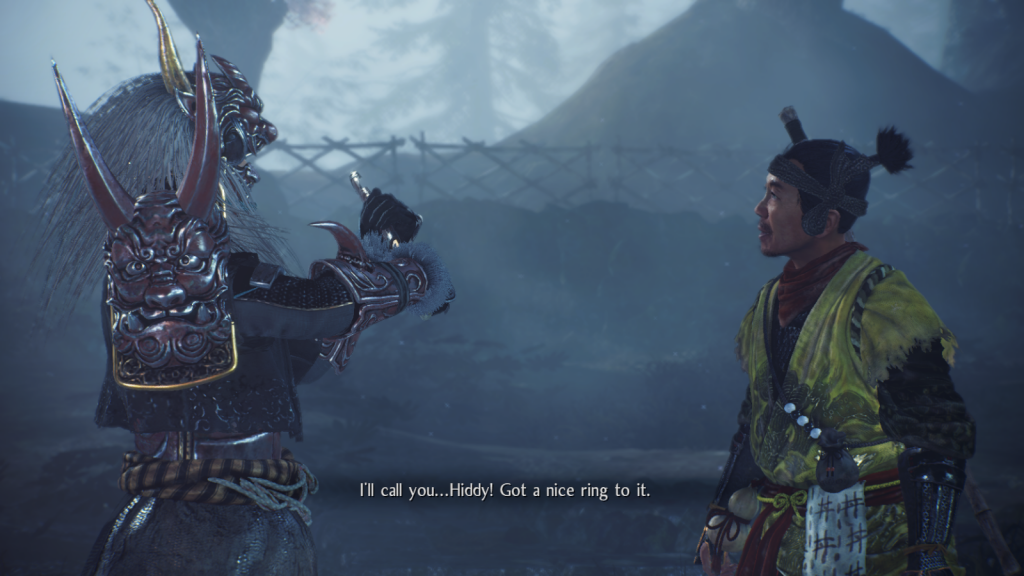 Whatever works, I guess.

Nioh 2‘s story could best be described as, well, storied! Taking place before the events of the original Nioh, Nioh 2 follows the story of the half-human half-yokai protagonist, nicknamed “Hiddy,” on their adventures throughout (most of) Japan’s Edo Period. While the game essentially begins with your character wandering around and cutting down hostile Yokai—who have been appearing more frequently throughout Japan—it isn’t long before you find yourself teaming up with the merchant Tokichiro and embarking on a quest which—after years in the making—will ultimately help to decide Japan’s fate.

Being as action-oriented as it is, Nioh 2 isn’t a game that tries to beat its players over the head with an abundance of cutscenes and lore (which I’m not saying is bad for all games). Naturally, this is a good fit—I don’t think that anyone would want to have to sit around for 30 minutes in between levels. However, what the game’s storytelling components lack in quantity is more than made up by the quality. Every little bit of lore fed to you—be it through an important cutscene or tidbits of information on the level select screen—feels deliberate and full of purpose. It’s never annoying when the game forces you to take a break to enjoy the story because the story is just that—enjoyable. The Edo Period has long been an era popular in Japanese video game culture, and Nioh 2‘s pseudo-historical rendition feels like a near-perfect take. 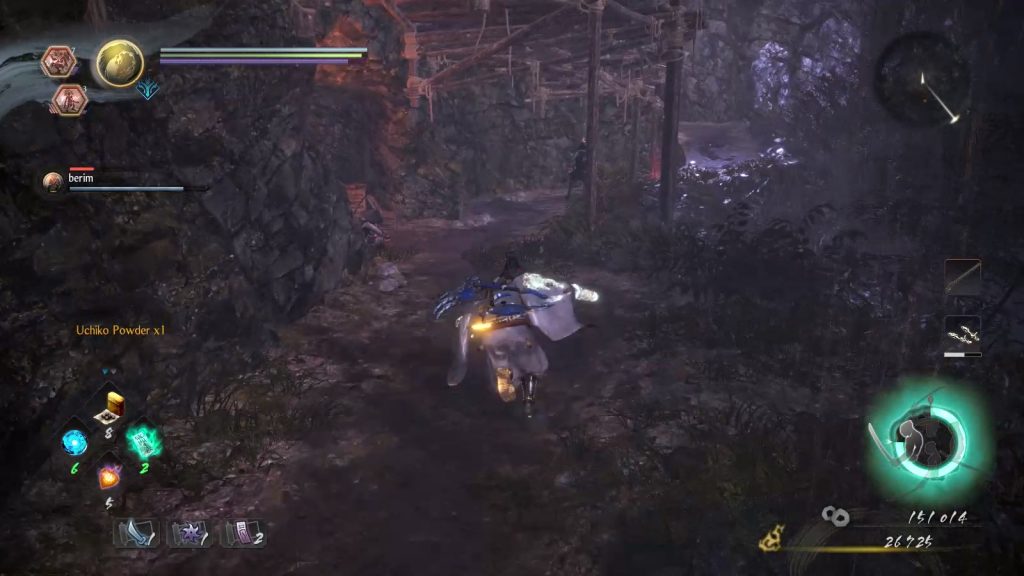 When it comes to gameplay, Nioh 2 operates very similarly to its predecessor, Nioh, albeit with a fair amount of polish added to it. Rather than granting the player an open world to explore, Nioh 2 once again opts in for level-based gameplay. Truth be told, I was a little confused by this at first. As someone with only a marginal amount of soulslike experience under their belt thus far (although I hope to change that in the future), I certainly wasn’t expecting something that wasn’t exactly “open world,” but I can’t say that I was expecting something this purposefully defined, either. Wouldn’t that make the game feel kind of claustrophobic? The answer to that would be no, it absolutely doesn’t. In fact, I think that it actually helps.

As surprising as it might sound, Nioh 2‘s levels are, technically speaking, fairly basic and straightforward. In main missions, all you need to do is get to the end of the level and defeat the boss. The sub-missions are a little more diversified in what they’ll have you doing—some of them are a little more collection-based—but they aren’t anything crazy, either. Sure, paths will split sometimes, and there are plenty of little secrets hidden around, but this game is extremely linear in design. So, Nioh 2 doesn’t sound too hard, then, right? Hah, no, no, dear reader. Not right at all. 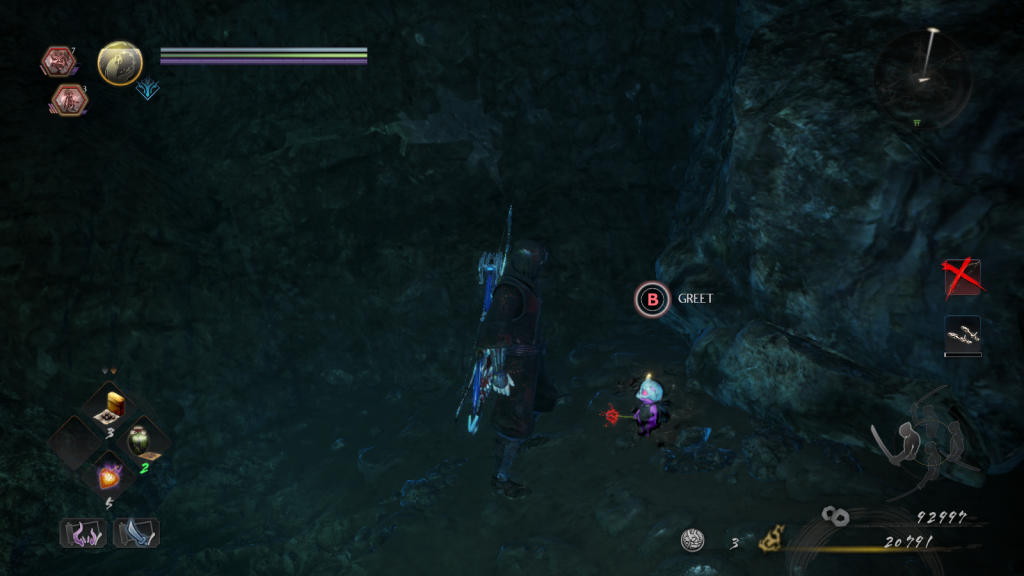 I’m not sure if there’s a good version for the word “slog,” but that’s exactly what Nioh 2‘s levels—and the entirety of Nioh 2 itself—is: a fun slog. This game has levels, and the reason they’re typically so straightforward is because Nioh 2 wants you to struggle throughout your entire time with it. Anyone familiar with soulslike games should know exactly what I’m talking about. This game is really, really hard. But that’s what makes it so great!

In my experience, the reason that Nioh 2‘s levels work as well as they do is that, more often than not, you’re going to be going through them many times over. As with any other soulslike worth its salt, Nioh 2 wants you to know that you aren’t as good as you think you are, and you never will be until you actually start to learn exactly what makes each portion of the game tick. Every time you replay a level—or, more likely, a specific segment of a level—you’ll usually find yourself slowly but surely getting better each time. The layout becomes more familiar, enemies become less imposing, you get better with rationing your items, and so on. Of course, the fact that you can consistently keep leveling up as you’re replaying segments helps as well, but, more than anything, the best thing about Nioh 2 is how good it is at forcing you to, quite literally, get good. 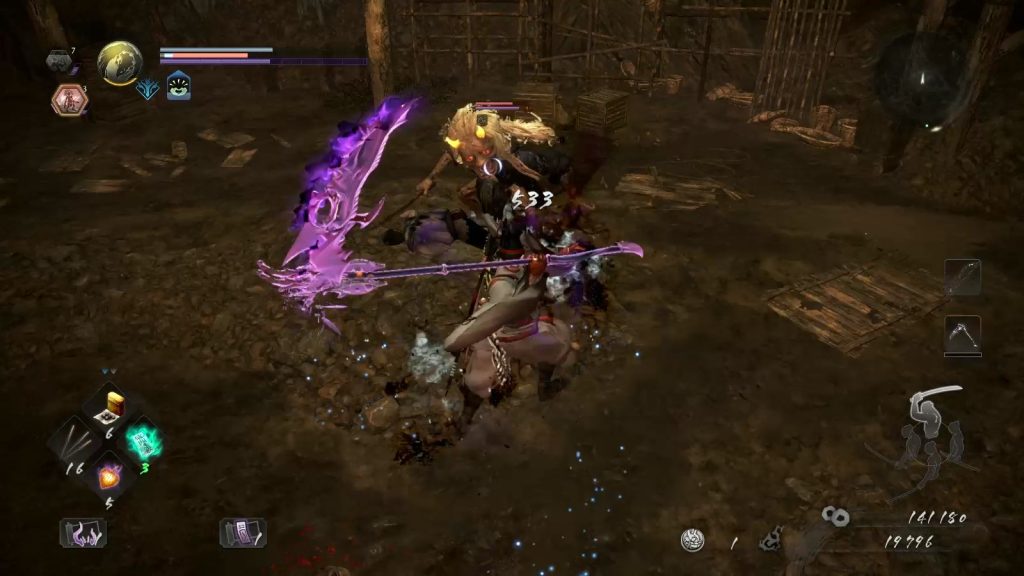 So, just in case I didn’t make it clear enough, the biggest issue with getting through Nioh 2 is that almost everything that moves in this game is trying to kill you. And, this being a soulslike and all, said things trying to kill you are extremely adept at doing so. Fortunately, there are plenty of ways that you can kill other things, too. But believe me, you’re going to have to work your butt off at it if you want to be any good.

Nioh 2 gives players plenty of options when it comes to combating enemies. In the beginning, you only really need to worry about weapons, but it isn’t long before things like bows, guns, and even some magic and ninjutsu! And, if that’s not enough, you can even tap into your Yokai bloodline with the help of your guardian spirit to deal out some catastrophic damage to opponents (albeit for a very short time). Ironically, this kind of works as a double-edged sword in the beginning. Nioh 2 ensures that combat is almost always a very deliberate and intimate experience, and that essentially equates to throwing you into the lion’s den without so much as a pat on the back. The game isn’t so mean as to not clearly explain to you what everything does, but understanding something and actually being able to put it into practice is a concept that will most likely rear its ugly head for you at least once or twice. 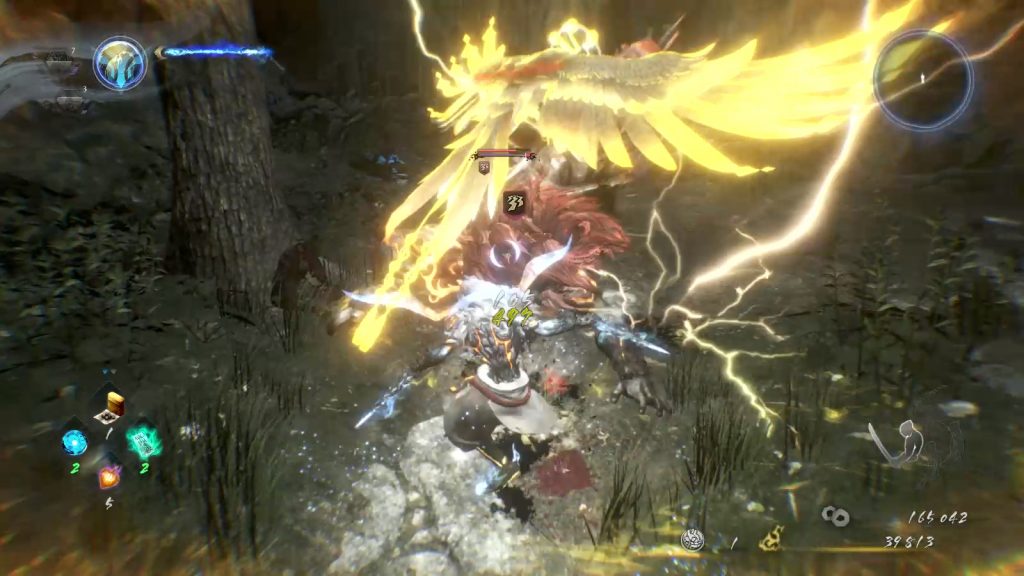 Yokai Shift is strong, but it doesn’t last for long!

I’ve heard that many people get angry with these games, and I can understand why. Heck, I even found myself rolling my eyes, sighing, and saying “ah, geez,” or “welp, that sucks” aloud once or twice if you can actually believe it (sorry for the profanity). But I never found myself giving up or letting myself get angry. I kept telling myself that, while the game was never going to be easy, things would eventually click. And, lo and behold, they did right around my second or third loss against Yatsu-no-Kami (the giant snake boss). And, while I can’t promise each and every one of you that things will suddenly click for you as they did me, I can promise that things become much more enjoyable if and when they do.

I know that the big joke with games like this is that they’re exercises in futility or made for masochists, but, really, I felt like Nioh 2 was less that and more an exercise in self-improvement. Yes, it’s hard. You’ll suck at it at first, and you’ll die a lot, and you might even ask yourself why you’re playing a game like this, but if you can get past that, it isn’t hard to see what a rush playing through this game is. Literally, everything feels like an accomplishment, and unless you specifically relied on outside help to complete a level, you got through it because you got better at a hard game. It’s not the kind of mentality that everyone can get behind, I understand, but I love that games like Nioh 2 is relentless—yet not impossible—from beginning to end.

A True Path to Greatness

Nioh 2 – The Complete Edition is a phenomenal game. And while I would personally recommend getting it on PS4 over PC due to personal circumstances, there really isn’t a whole lot else to say about this game that isn’t some form of praise. If you’re a fan of the original Nioh, or soulslike games in general, this is absolutely something worth picking up. And for those of you who aren’t so accustomed to games like this one? Well, so long as you go in with the right mindset and strive to keep improving yourself, you should end up loving it, too.

Full disclosure: This review is based on a copy of Nioh 2 – The Complete Edition provided by the publisher. 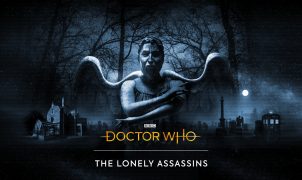 Don’t Turn Your Back. Don’t Look Away. Whatever You Do, DON’T BLINK!     Sixteen years after its newly continued release, the unfathomable has finally happened. A Doctor Who…