Fan-favorite fighter SNK vs. Capcom: The Match of the Millennium is now available on the Switch Shop 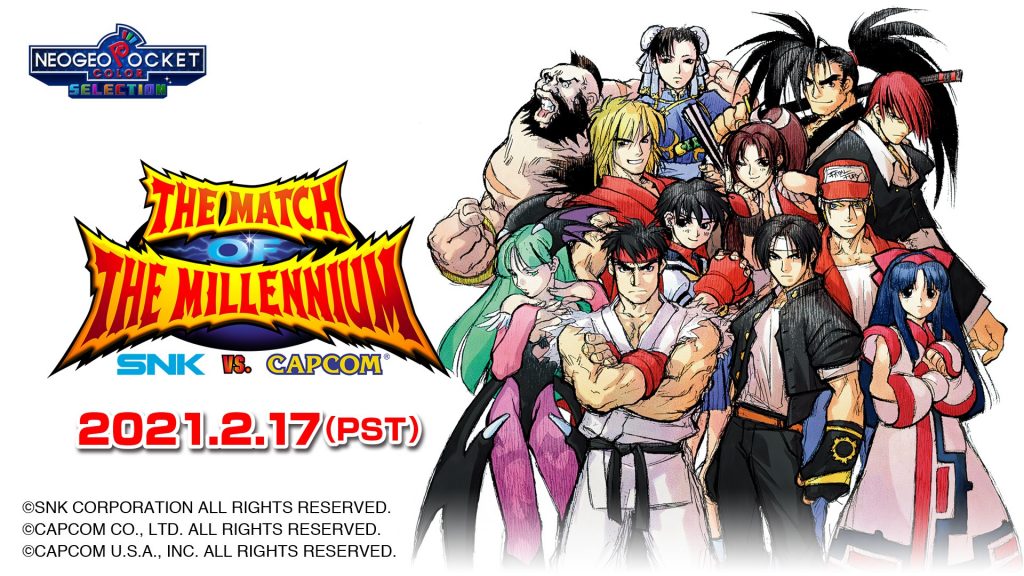 SNK vs. Capcom: The Match of the Millennium is now available on the Nintendo Switch eShop, SNK has announced. This release gives Nintendo’s hybrid console owners a chance to experience a pixel-perfect port of one of the Neo Geo Pocket Color’s most celebrated fighting games.

What are you waiting for? Check out the game’s launch trailer below courtesy of SNK:

SNK vs. Capcom: The Match of the Millennium was first released in November of 1999. The game is a crossover fighter featuring 26 characters from SNK and Capcom’s most popular properties, including Street Fighter, King of Fighters, Samurai Shodown, and Darkstalkers. Also, like SNK and Code Mystics‘ previous NGPC ports, it features several display options and support for two-player brawls via Tabletop and Handheld modes.

You can download SNK vs. Capcom: The Match of the Millennium digitally today for $7.99.

Will you be adding this pugilistic port to your Switch library today? Additionally, are there any other NGPC titles you’d like to see make the jump the jump to the Switch? Be sure to let us know what you think in the comments section.