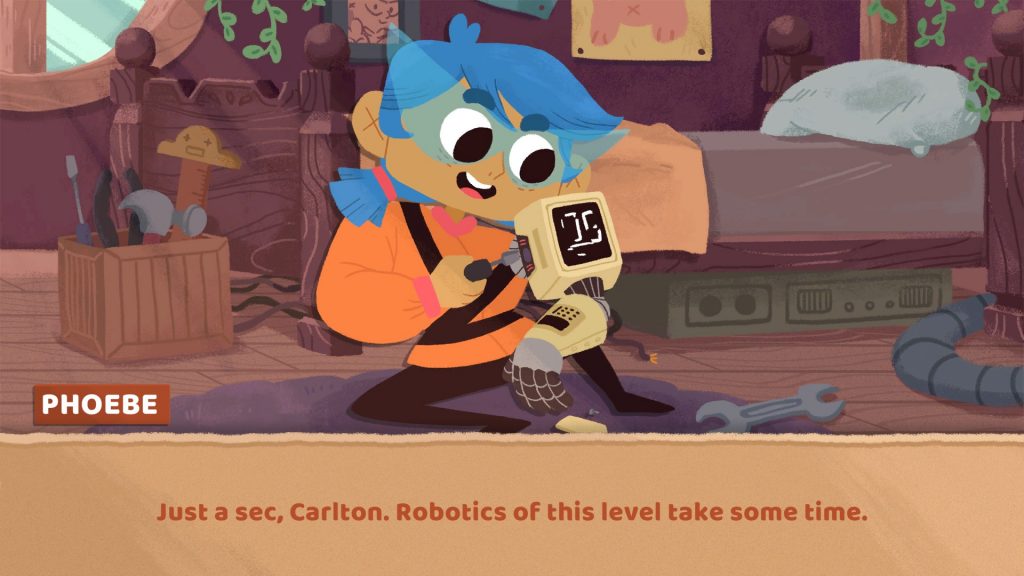 Before I get too far into this preview, a quick note. I’m a fan of the team at Rose City Games. I have been since I met up with them at my very first E3, and have grown more fond as I’ve played more of their games. Cat Lady is a game that’s very much on my radar, and so is Floppy Knights. I adore tactical games, especially ones that remind me of classics like Advance Wars. This preview is based off two builds of Floppy Knights – the recent Steam Game Festival demo, as well as another more advanced build. 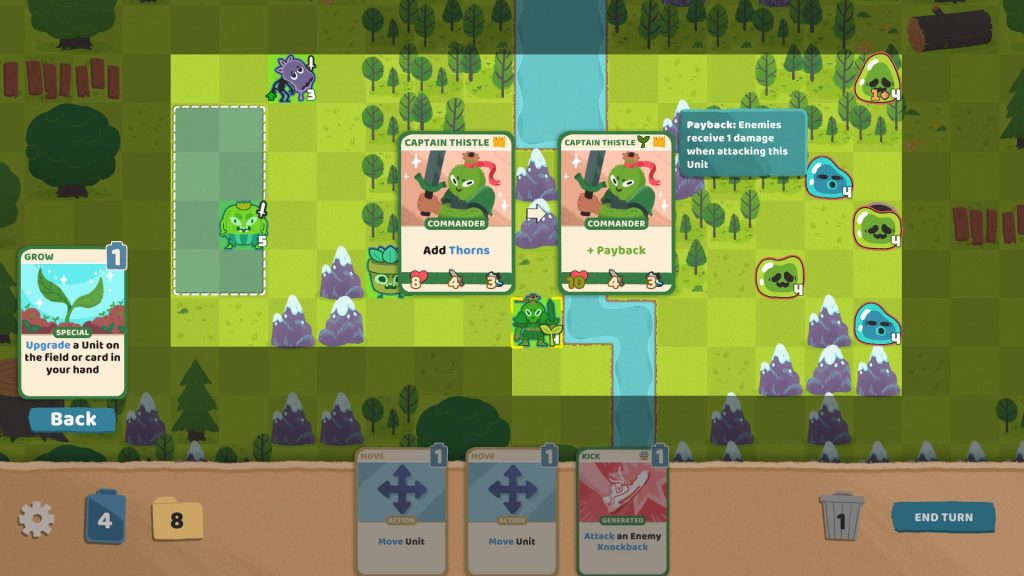 The first thing you should know about Floppy Knights is it’s very pretty. Featuring the stellar artwork of Marlowe Dobbe, it’s energetic, colorful and full of personality. Our hero is young Phoebe, armed (haha!) with her robot friend / bionic limb, Carlton. Both are young, impressionable and shockingly fixated on getting some cash. Phoebe is a young inventor who is trying to live up to her parent’s expectations. Introduced in the Steam demo, they’re a wonderfully expectation defying pair. The husband is mousey and loving whereas the mother is a big, bold and brassy blacksmith. All she wants is Phoebe to get a stable job, ideally apprenticing with her. But Phoebe has no interest in that. Instead, she’s determined to both win the science fair and get some cash in the meanwhile. 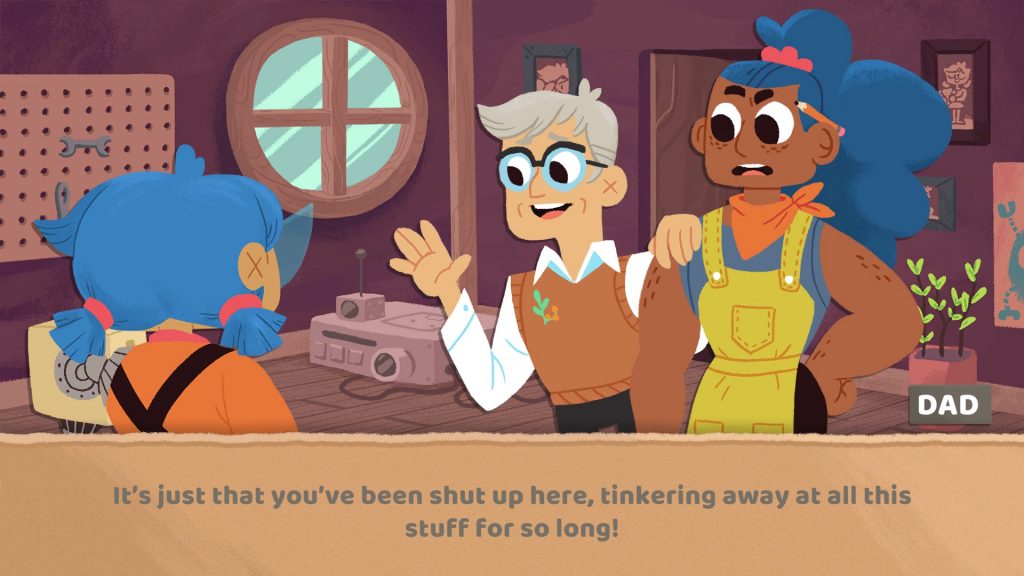 The ‘floppy’ in Floppy Knights refers to floppy disks Phoebe feeds into Carlton’s processor. These allow him to generate hard light holograms, the better with which to satisfy neighbors and get that bling bling. The holograms in question are little creatures that do your bidding, but the most important is your Commander. You can’t build a deck without one and their defeat spells the end of any battle. Commanders set the tone for your strategy. You start out with Captain Thistle. This cactus sprouts a Thorn card when summoned, which allows you to boost the attack power of one unit. Every monster you summon brings other cards into play with them, outside of the ones you place in your deck. This allows for very dynamic and on the fly strategy, which is frankly delightful. But keep in mind, you can’t play any cards, monster or otherwise, without energy. You’ll have 5 energy to play with each turn, and this lets you summon monsters, activate artifacts and much more. Every turn you draw 5 cards, and if you have no deck, your discard pile gets shuffled back in first. 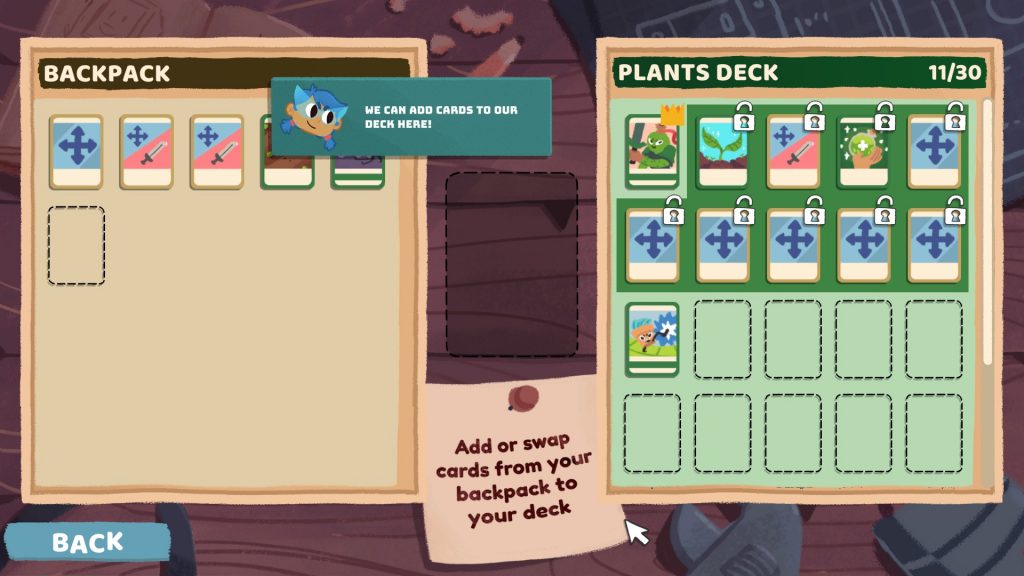 One important thing to remember is that while every monster brought into battle can attack once per turn by default, you can’t move without a move card. There’s a lot of them, including my favorite duo of Reap and Sow. The card first lets you move a monster, but then transforms to provide an additional attack. You can also do things like Mend your whole party, healing HP, switch friendly units on the field, and much more besides. There’s a ton of variety, especially when you consider that all the cards I’ve mentioned so far only apply to the Plant themed deck. You’ll win some cards by fulfilling objectives in missions, but you can also buy more from the card shoppe. There’s other decks that will be in the final game, even though you can’t tinker with them here. But that’s okay, since there’s a ton of nuance and tactical fun to be found as is. 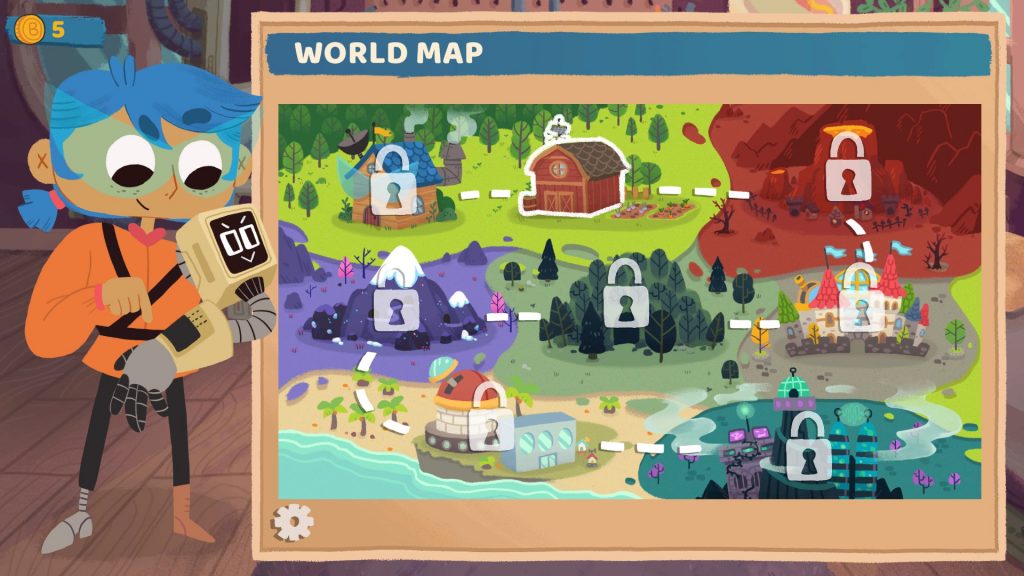 Some new elements in the Game Festival demo of Floppy Knights are the enemy spawner devices. At least, I don’t recall them being in the earlier demo. These essentially summon a new foe to the fray at the end of each enemy turn. You can’t destroy these devices, much to my dismay, but you can ‘plug’ them by placing a unit on top, which stops the spawning. Also new are the adorably squishy slime monsters, in all their jiggly glory. The green ones are up close and personal attackers, while the blue ones hit you with ranged shots. Another tremendous convenience is how you can left click on any foe to see their move / attack range, and right click to see their stats and attributes. I love ease of access to that sort of information, and find it can make or break a strategy game. You can also click and slide the map around, which is handy. My only complaint there is that if you try this on a blackened part of the map, nothing will happen. Also, I sincerely hope Rose City Games finds a way to add a skip dialogue button, at least after you’ve seen a scene once. There’s a lot of talking that happens, and when you’re going after optional mission objectives, it can be annoying to be forced to rapidly click through it. 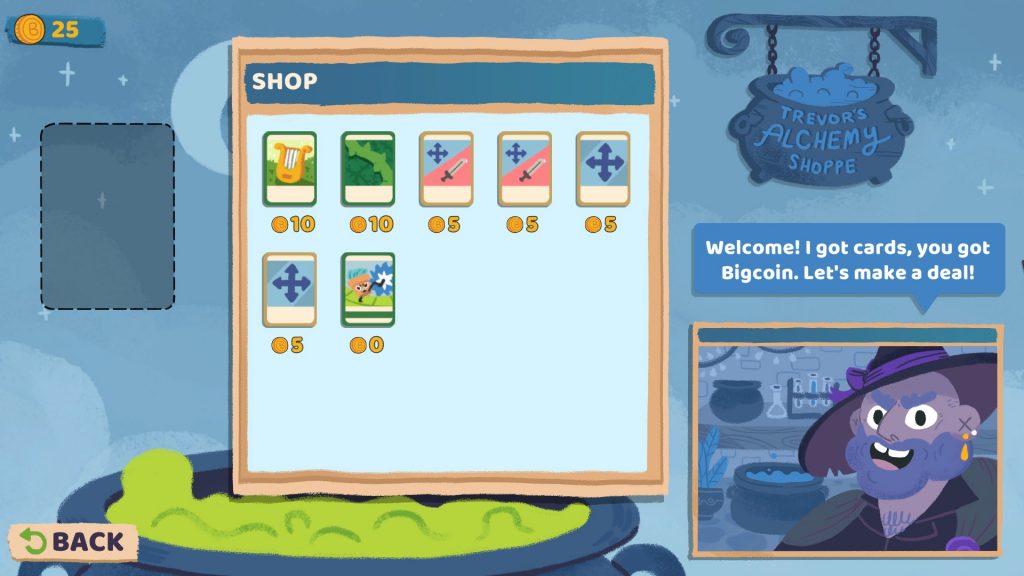 Now, so far everything I’ve talked about is from the Game Festival demo of Floppy Knights. But since Rose City Games was kind enough to let me access the other build, now I’ll spend some time talking about that. This build let me access a volcanic section of the game, and it’s no joke. I got my butt handed to me on the first mission, but with some sound strategizing I managed to find success. It also introduced the charmingly cowardly character, Bernard. I’m not sure if he’s a troll or what, but he’s way too scared for someone so large and spiky. 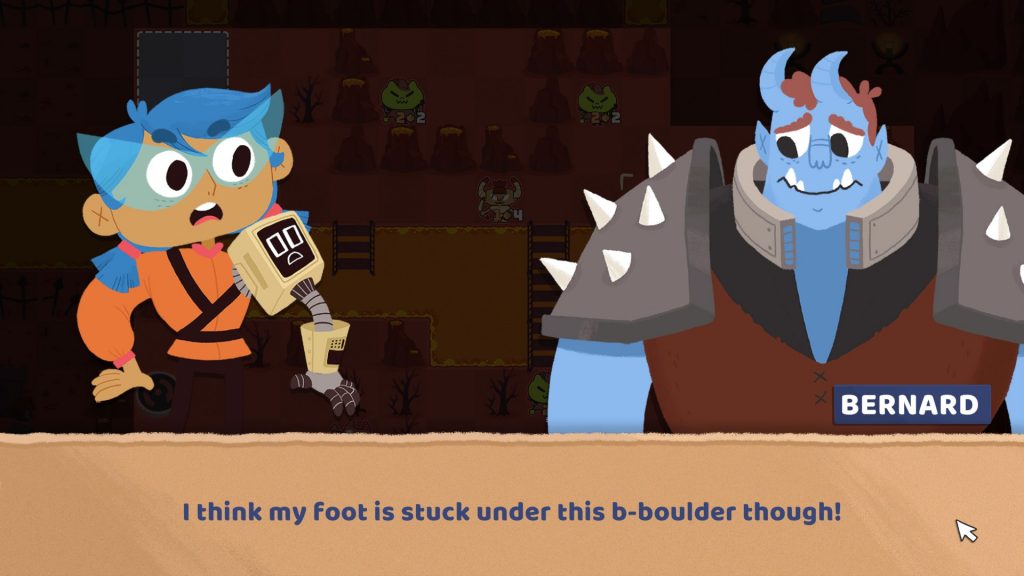 The volcano levels introduce lava tiles that are dangerous to walk on, as well as spurts of volcanic rocks to avoid. I liked this added layer of challenge, though I do wish it was easier to path my units to avoid lava. I’ve had similar issues with pathing in Fire Emblem, so I’m not complaining that much. I just hope that the final build has a more clear cut way to control this element. That said, there’s new types of missions here, such as protecting a character for X amount of time. Finally, the volcanic levels culminated in a massive fight against a lava monster. 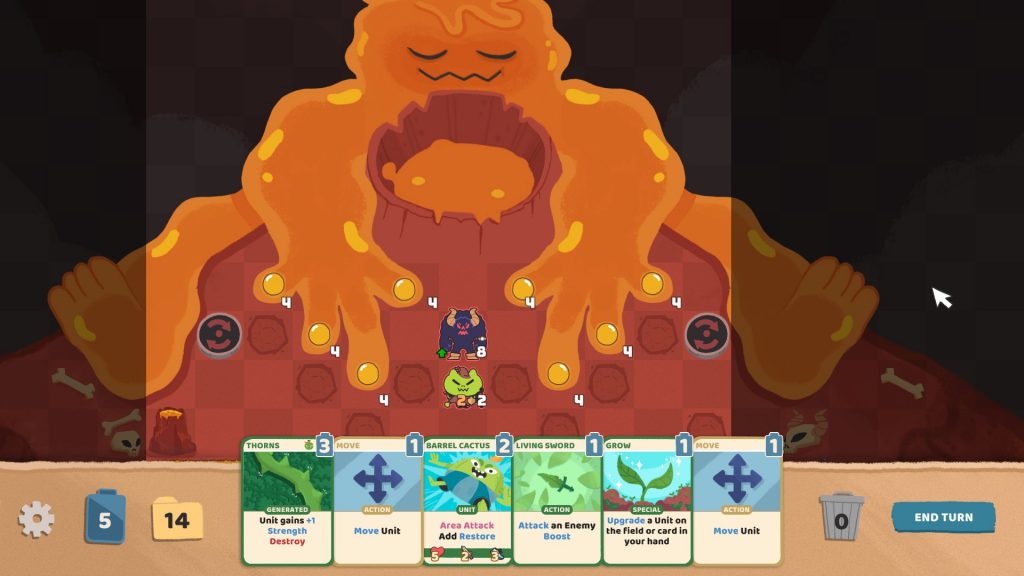 I’m really glad I got to try both versions of Floppy Knights, even if the lava monster proved tough to handle. I can see there’s a lot of promise in this game, and honestly only have one small concern for the final build. Namely, by looking at the world map, it’s clear there’s only 8 areas planned in the game. With 4 levels apiece, I do worry the main game might be a little on the short side. But hopefully that won’t be as much of a factor with multiple deck themes to mix and match together, along with challenging stage design. Honestly, if you’re a fan of strategy games, Floppy Knights should already be on your radar. Now to not so patiently wait for a firm release window!