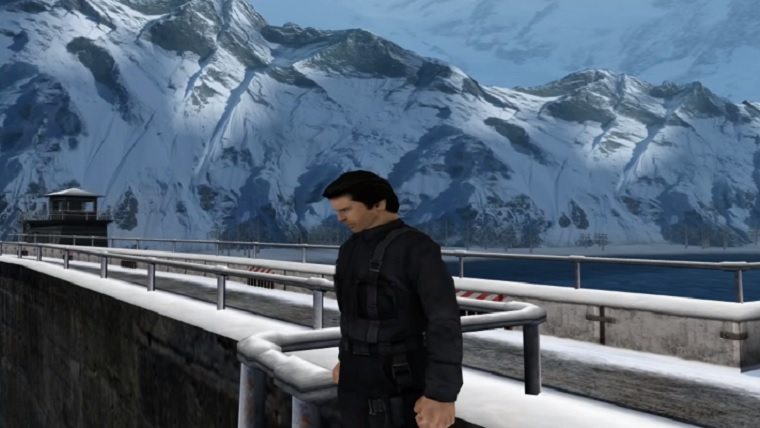 Last weekend, the canceled XBLA remaster of Goldeneye 007 made waves after a full two-hour playthrough of the game was posted online. Just days later, the ROM has been leaked, giving the gaming masses a chance to experience Rare’s iconic N64 shooter’s overhauled port.

Those who’ve had a chance to play Goldeneye 007 using the Xbox 360 emulator Xenia report that the ROM seems to be the complete game. It features 60FPS gameplay and even includes an option to switch between the enhanced high-definition and original N64 visuals at any time.

The XBLA port of Goldeneye 007 was developed by Rare, which Microsoft purchased in 2002. However, licensing issues prevented the game from ever seeing the light of day. “Goldeneye rights are so challenging,” said Xbox boss Phil Spencer in a 2015 Tweet when asked about the possibility of reaching a deal with Nintendo, the game’s original publisher, and Activision, who currently holds the rights to the 007 license, to finally get the game released. “Looked at this many times. Lot’s of different parties to work with, we’ve always given up.”

Thankfully, XBLA was devoid of N64 shooter goodness. An HD remaster of Rare’s spiritual successor to Goldeneye 007,  Perfect Dark, was released on the platform in 2010.

In case you missed it, you can find the full longplay below:

Of course, we at HPP can’t tell you exactly where to find the ROM. But a quick search on Archive.org should have you blasting evil Soviet troops as a polygonal Pierce Brosnan in no time.

Do you plan on diving into this long-lost port? If so, which stages are you most excited to revisit? As for me, I can’t wait to rumble down the streets of Saint Petersburg in my tank. Let us know in the comments!