“Do not allow yourself to feel for them. They will not feel for you.” 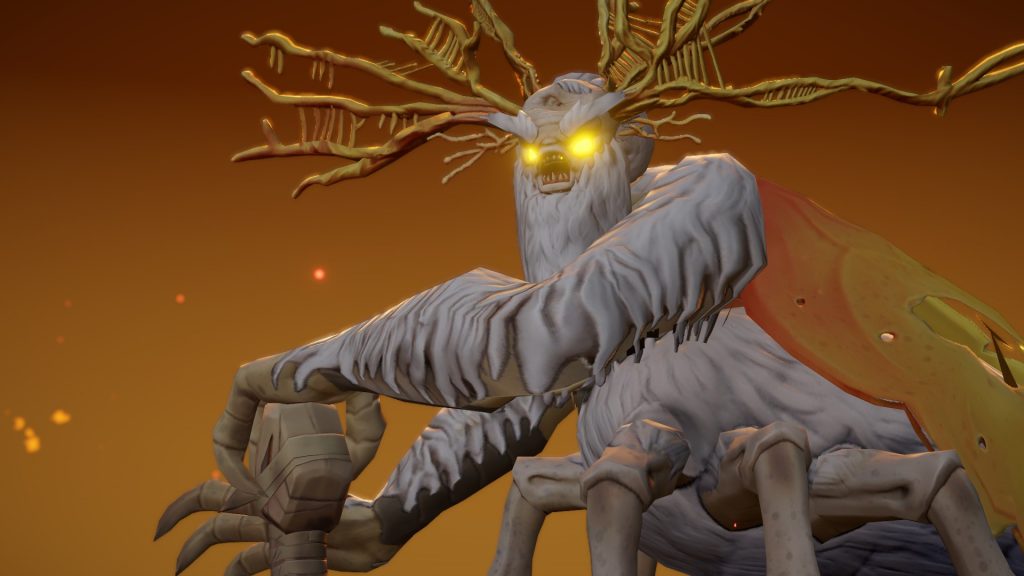 First, there was nothing; then, there was life. The gods bequeathed to the barren soil the gift of living beings, asking only to be worshipped in return. At first, that was all they sought from these Celtic peoples, but soon they demanded more — much, much more. Eventually, those who did not blindly swear their fealty to the gods met with a cruel end at the very hands of their creators, a slow and painful death from the entities that gave them life. For millennia, humanity suffered unjustly, until one day they said “no more.” Every man and woman who could muster a blade pledged to destroy the divines, only to be wiped out by supernatural disasters on the way to meet their makers. Of the many who vowed to conquer their creators, only eight stalwart warriors made it to their shores. Will humanity’s last hope slay the bloodthirsty deities and sever their brutal grasp on their meager mortal existence, or will the gods claim eight more heads as trophies?

That is the question players will answer in Gods Will Fall, a Soulslike action/adventure game with Roguelike elements available for Xbox One, PS4, Switch, and PC. Developed by Clever Beans and published by Deep Silver, Gods Will Fall is a Roguelike for people burned out by the genre and a Soulslike for those who remember simpler times in gaming but still want a challenge. With an emergent storyline, interesting mechanics, and 10 varied bosses leading an army of minions to defeat, Gods Will Fall will no doubt intrigue anyone who would shake their fist at the Almighty. 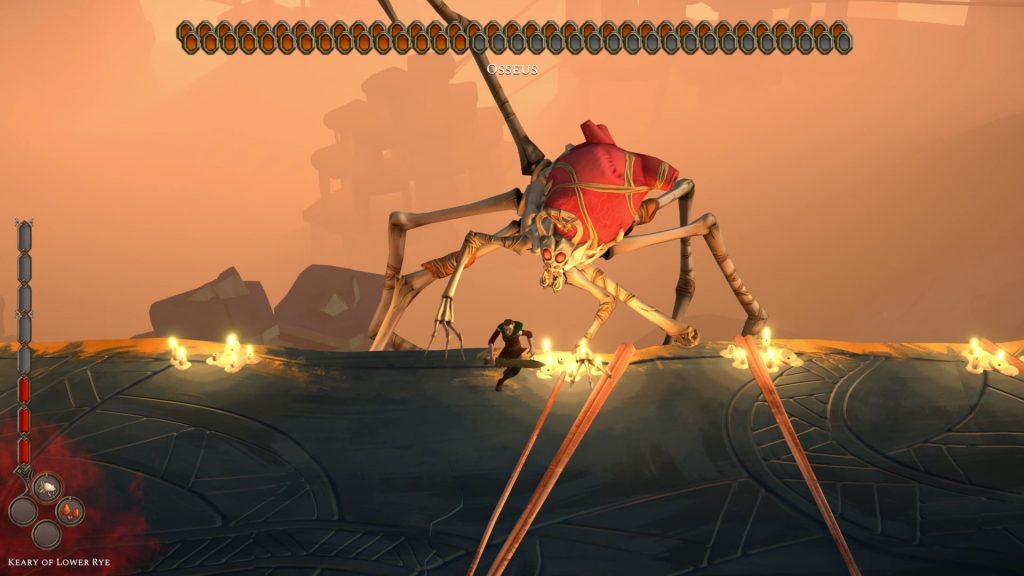 Players take on the role of the aforementioned eight Celtic warriors who have banded together to smite the gods who would smite them. Each playthrough features a randomized group of warriors with different classes, stats, and appearances. Some will come bearing heavy weapons and slow speeds, while others move quickly and attack even quicker. Directed by the player, the warriors make their way across the map, entering the lairs of the gods to destroy their armies and eventually the deities themselves. Called by fate, the warriors can only enter one at a time, those remaining waiting outside for news of their comrade. Should they be captured while completing daring dos inside, the dungeon’s door will open, signaling to the warriors outside that they must either save their captured companion or leave them behind. Can you bring down the gods and bring your warriors home?

Controls in Gods Will Fall are… well, they’re bad, but only if you’re on keyboard. Using a controller is an absolute must playing Gods Will Fall; playing on a keyboard is an exercise is pain. For one thing, there are no mouse controls, which seems odd considering games similar to it heavily utilize the mouse. This means that both hands are on the keyboard, using WASD to move and JKL to fight. It’s true you can remap the controls, but without the use of a mouse it feels off. Simply put, if you don’t have a controller, I can’t recommend this game. 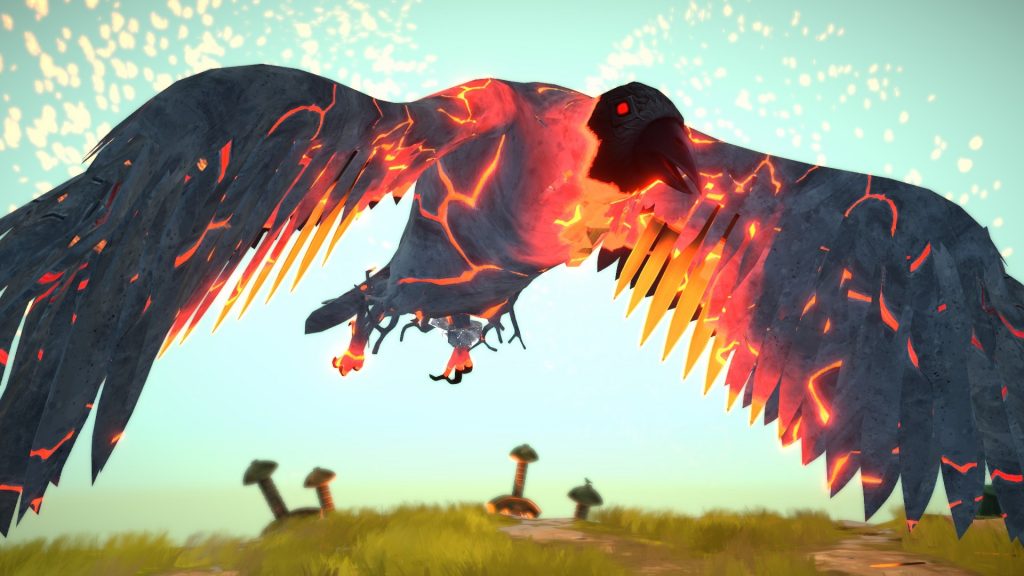 The aesthetics are interesting — I very much enjoyed the scenery, which were reminiscent of Disco Elysium’s beautifully painted style. The characters’ art design felt like a tribute to a distant time, akin to Warcraft III or something of that era. The levels themselves featured bright colors that sharply contrasted each other to make the game absolutely pop. And the music? Epic without being overbearing. Gamers of a certain age will feel like they’re playing a PS2 game in style and design, which can either bring back fond memories or painful ones.

Gods Will Fall has a unique fighting style when it comes to mechanics that will either please players or make them rip out their hair. As stated earlier, each warrior is different, coming equipped with varied weapons and featuring a wide range of stats. It stands to reason that variety, being the spice of life and all, would be a good thing, but it ultimately depends on not only player preference but what kind of enemies you’re up against. Some dungeons seem to feature faster or stronger enemies than others, so your go-to tank or dual-wielder may not be a one-size fits all. One thing that was true across dungeons? Throwing things, which was an immense boon to my warriors. Pro-tip: if you’re struggling, be sure to pick up weapons the enemies drop and throw it at the next one, dropping their health a bit before clashing with them head on. 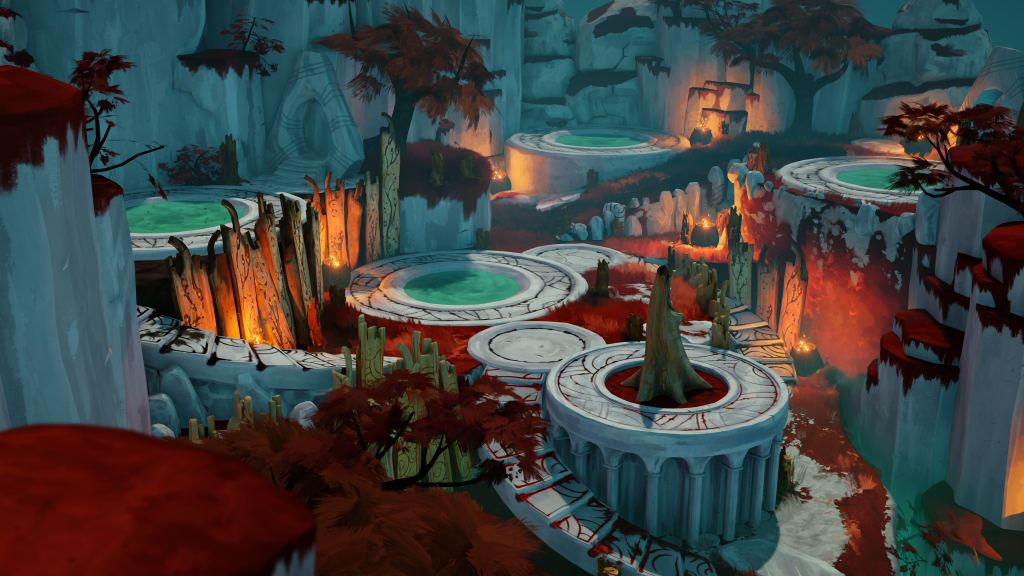 I think my favorite thing about Gods Will Fall had to be the emergent storylines that took place amongst the warriors. As you progress, it’s inevitable that you will lose a warrior while dungeon-crawling, either by fighting or exploring. Those waiting outside will be notified of their comrade’s failure by way of the door opening with their friend nowhere in sight, which obviously causes the group distress — some more than others. Randomly, certain warriors may step forward to indicate that they recognize their fate lies within, their stats increasing should you choose them to head in next. Others might be very upset by their companion’s disappearance, a personal vow emerging that increases their vigor. These personal touches raise the stakes that much higher, and suddenly there’s a reason to venture back in after defeat — to regain what has been lost before proceeding. I’m not sure I’ve ever seen anything like this before, and I really hope other developers are watching so that they may continue this woefully underutilized mechanic.

For all that Gods Will Fall does right, there’s also plenty of places where it misses the mark. For one, the walk cycles are aggravatingly slow, making exploration and backtracking a nightmare. Speaking of exploration — some places will appear to be reachable by jumping, only to be frustratingly out of place. This is fine for the areas higher up, but gods have mercy if you try to jump down to a seemingly walkable ledge, as it’s insta-capture (death) for the curious. And while the level design kind of shepherds you into the right area anyway, these pitfalls make the desire to explore every gorgeous nook and exquisite cranny evaporate. All that could be forgiven if they nailed the fighting; as a Soulslike, I expect it to be hard, but the swingyness of the difficulty makes for inconsistent scaling. A story in contrasts, Gods Will Fall achieves greatness while simultaneously missing the mark.

Watching other reviewers play Gods Will Fall got me incredibly pumped to try out some of the most unique mechanics I’d ever heard of, but actually playing left plenty to be desired. I’m positive the developer will be ironing out any kinks mentioned here and by other players, so I’m sure that in six months this will be a much more enjoyable experience; for now, Gods Will Fall falters slightly. I still really enjoyed my time with this one, but only after I brought out my controller and chose characters that didn’t walk at the speed of a snail. There is so much potential here, so if you’re not sold yet, please either check it out on console or keep this one on your radar and revisit in a few months. Gods Will Fall has solid bones, and with a little more love and attention, it will achieve the greatness it seeks.

Editor’s note: This review is based on a copy of Gods Will Fall provided by the publisher.

It’s an exciting day in deep space I find it difficult to describe just how excited I am to write this review. It’s the excitement of someone, any series…