The Bat is Back – In Black!

I wasn’t sure what to expect from the third episode of Batwoman season 2, titled “Bat Girl Magic!”. I may be predominantly white, but even I’ve heard the phrase “Black Girl Magic” before, which it’s obviously punning. Generally that seems to refer to being a kick ass woman of color, which is as good a description of the new Batwoman as any. Despite that, there were a lot of growing pains for Ryan Wilder here. She spent parts of the episode missing with batarangs, had to deal with her annoying parole officer and had a serious villain to contend with – none other than Victor Szasz!

Despite the episode’s title, there was some definite Classic Villain Magic with Victor’s introduction to the Batwoman universe. Until now, there hasn’t been much crossover between iconic Batman villains and Batwoman. So the fact that we got one here, and that he was pitch perfect, was a real joy. I can tell the actor himself took some notes from the Szasz in Gotham. Both have a gleeful psychopathy, but this one is strangely charming as well. Or at least as charming as a bald serial killer who carves hash marks into his flesh can be.

I Don’t Kill and Tell

The episode starts with Szasz murdering a philandering husband and his mistress. He comes in dressed like hotel staff and uses a champagne bottle as a murder weapon. Afterwards, he takes off his shirt and remarks how “it’s almost time to retire” since most of his skin is covered with hash marks representing his kills. Immediately afterwards, Ryan stops a drug deal as Batwoman. The dealer is part of the False Face Society, and is dealing something called Snakebite, which is apparently a mix of mushrooms and Fear Toxin. Though Ryan does a pretty good job, she misses with nearly all her batarangs, with Luke complaining in her earpiece about how expensive each is to manufacture. The other main story revolves around Sophie and Alice, an odd couple if I’ve ever seen one. At the end of last week, they got drugged and taken by Safiyah’s henchwoman. They wake on a beautiful island compound. We learn several things in the episode, including the fact Alice and Safiyah personally know each other well. Though this might have been established last season, I certainly don’t remember this level of detail. At first Alice is dead set on murdering Safiyah for what happened to Kate, but that gets complicated. Safiyah protests she didn’t have Kate killed, and there’s a lot of back and forth between these two dangerous woman. It’s also intimated that someone just wants Alice to think Safiyah killed Kate. Meanwhile Sophie spends most of the episode in handcuffs being watched by the same henchwoman who brought them.

Not content to only earn two hash marks in the episode, Szasz murders his way into a lab that belongs to Hamilton Dynamics. He gets a mysterious list from the lab, after killing a very foolish scientist who pulls a gun on the bald menace. Later, as Mary, Luke and Ryan are watching footage of his actions, there’s a fun exchange when Ryan realizes Mary is THAT Hamilton, and is a multi-billionaire. More interesting to me is that Luke and Mary have no idea who Victor Szasz is. I can accept that for Mary, since much of last season she was just an empty-headed socialite. But Luke Fox, who worked with Bruce Wayne, has no idea? That’s a bit harder to swallow. Interestingly enough, the person who knows Szasz is Ryan Wilder. Turns out she ran in some shady circles after her stint in Blackgate, and so she volunteers to try and discover who is paying Victor for his latest murderous assignment.

Remember when I said this Szasz is charming? As proof, there’s a wonderful scene where Batwoman is trying to break into Szasz’s room and he stops her in her tracks. He offers to make her a drink, and gets her talking. The criminal comments on how she doesn’t seem like a Batwoman to him, and the whole time he’s actually up to no good. He suddenly draws a shoulder mounted rocket launcher and nearly renders the new hero into a chunky paste, but she manages to escape fast through the window. Ryan has more luck when she tries chatting up Szasz as herself, and it turns out he’s on a first name basis with her ex, named Angelique Martin. Ryan doesn’t get him to divulge who hired him, but she does manage to sneakily tap his phone. Turns out, the person footing his bill is, you guessed it, Safiyah.

So who is Safiyah, you ask? Well, I don’t really know yet. Though I’ve read some of the Batwoman comics, I didn’t happen to read the ones involving her. But in my ignorance, I’m calling her lady Raz al Ghul. She’s exotic, brilliant, dangerous and has some hired killers on her team. And I am entirely here for it. Oh and she just might have Kate as a hostage, so that’s fun. Not sure where that particular storyline is going, but should be interesting. Maybe Ruby Rose will get one more cameo.

One of the more emotional exchanges in this episode involved Luke and Mary. Luke has not been a fan of Ryan, and he asks Mary why she’s being so supportive. The easy answer is, she’s given up hope of her sister Kate being alive. Poor Mary has basically been in grief since the plane crash, and if not for the antics of Safiyah, I’d say she’s on the money. Thankfully, by the end of the episode Mary is tending to her grief in positive ways and Luke is finally starting to soften on Ryan.

First I Make You Bleed, Then I Make Me Bleed

The curve ball was that all the people poisoned by Alice last week, who were summarily cured by the Desert Rose in Mary’s blood, have one added benefit. They’re being healed of ALL diseases. One woman had stage 3 cancer, and it’s miraculously gone. So of course this revelation is followed up by a blood streaked window and Victor Szasz coming to murder Mary. He’s trying to cover Safiyah’s tracks, since the Desert Rose was stolen from her by Alice. Luckily for us, Mary is saved by the new Batwoman, along with her epic new wig. It’s more of an afro now, and it works much better. Sure, the red wig was great for Kate, but a new Batwoman needs a new hairdo. It’s a scientific fact.

Then there’s another fun fight scene between Szasz and Ryan. He comments on how the only other person to kick him that hard was Batman, but quickly segues to being a bald creep. He taunts Ryan with the fact that he enjoys pain, and she knocks his ass out with a baton. Hopefully he escapes from prison soon, since I really enjoyed Szasz and felt he added a nice gravitas most of Batwoman’s foes lack, other than Alice.

The episode wraps up with some interesting developments. Now Ryan is working at the Holdup to satisfy her parole officer, who herself is a giant fangirl of the new Batwoman. Jacob unlocks Kate’s phone, and sees she was investigating Safiyah before the plane crash. And Sophie and Alice are returned from the island unharmed, with Alice helpfully telling Sophie that Safiyah has a crush on her. All in all, a very solid episode, and Ryan is starting to hit her stride as a hero. Here’s hoping the momentum keeps up when Batwoman returns after a brief hiatus in a couple of weeks! 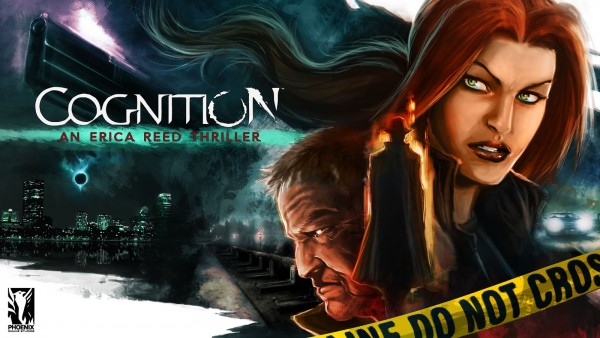