Because Swagthulhu was absolutely missing from our lexicon! 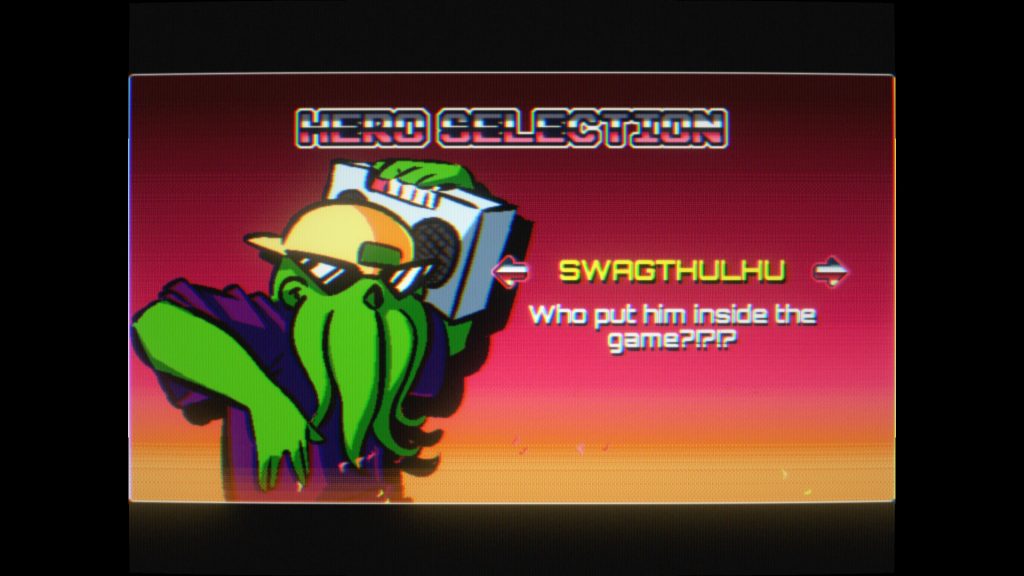 There’s a lovely game called SuperMash that procedurally generates games after combining two different genres, and at first pass, Project Starship X — the rogue-lite shmup with Lovecraftian-parody vibes — sounds like it came from one of those wacky combinations. Developed by Panda Indie Studio with console publishing being handled by eastasiasoft, Project Starship X surprised shmup fans when it originally launched on Steam last year due to its unique take on a very beloved genre. Now gracing consoles, Project Starship X becomes available to a new slew of gamers, ready for that sweet, sweet, Swagthulhu action.

It’s hard not to notice the aesthetics when booting up Project Starship X, especially when there’s a big ‘ol seizure warning indicating this will be a dizzyingly colorful experience. I immediately thought of both SUDA51’s delightful chaos and Scott Pilgrim’s derivative embracing of video games — coupled with flashing lights and arcade vibes, Project Starship X is as cool as that last sentence sounds. I particularly enjoyed seeing my favorite character, Gwen Rossi, in the top left corner of the screen, strongly reminding me of Asuka from End of Evangelion. The OST and sound effects pack a chiptune punch as well, those dulcet tones composed by Sinoryu the very definition of adrenaline-fueled happiness on steroids. The visuals called, and the audio answered, pleasing the eyes and ears of retrowave junkies everywhere. 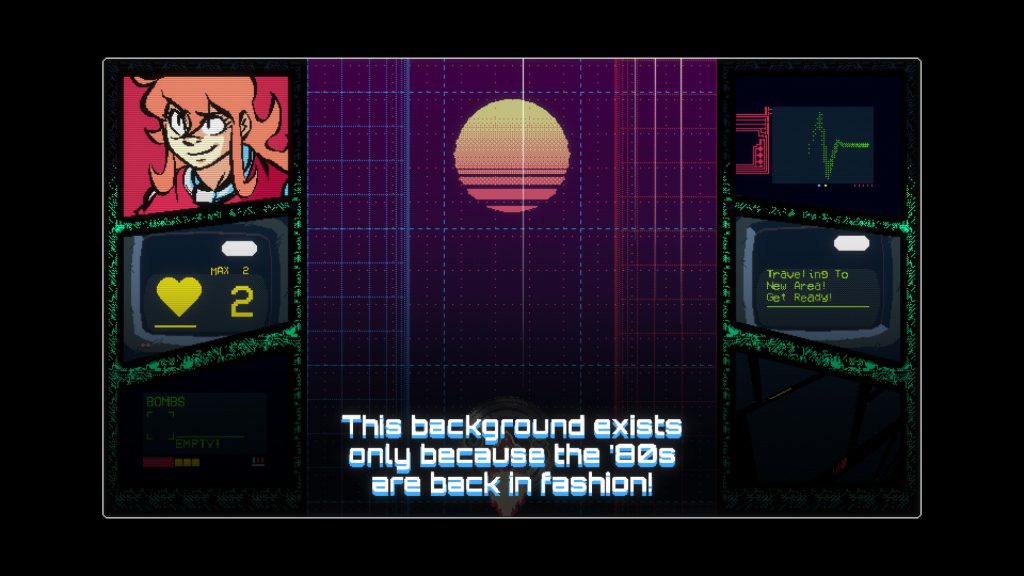 When it comes to the gameplay, Project Starship X is surprisingly fresh for a tried and true genre, easing new players in gently while providing uniquely absurd challenges fans of shmups likely haven’t seen before. With 14 levels each with their own theme that are procedurally generated to never be the same layout twice, Project Starship X keeps things interesting while still offering fun pacing from start to finish. A lot of this has to do not only with varied layouts, like caves and tunnels to crawl through, but the zany powerups and weapons as well, including tanks, bombs, spoons, and more. Of course, the standard “hold X down to shoot repeatedly,” is going to get you through most things; however, there’s a new CRASH-KILL mechanic that seems opposed to everything I’ve come to know about shmups yet works wonderfully well here. Perhaps the Steam page says it best — “You can crash your ship right in the enemy’s face, and you will be the one who comes out unharmed!” which is honestly just half of this wonderful insanity.

Speaking of insanity, Project Starship X features Mad Events, a type of mini-game where the camera stops moving ever upwards and enemies fly at you in completely new patterns. The colors go from bright to a psychedelic acid trip, the gameplay changes from quirky to crazy, and the bullets don’t just rain — they pour. It’s yet another way this wild experience keeps players on their toes, constantly adapting to new patterns, formations, weapons, and environments. 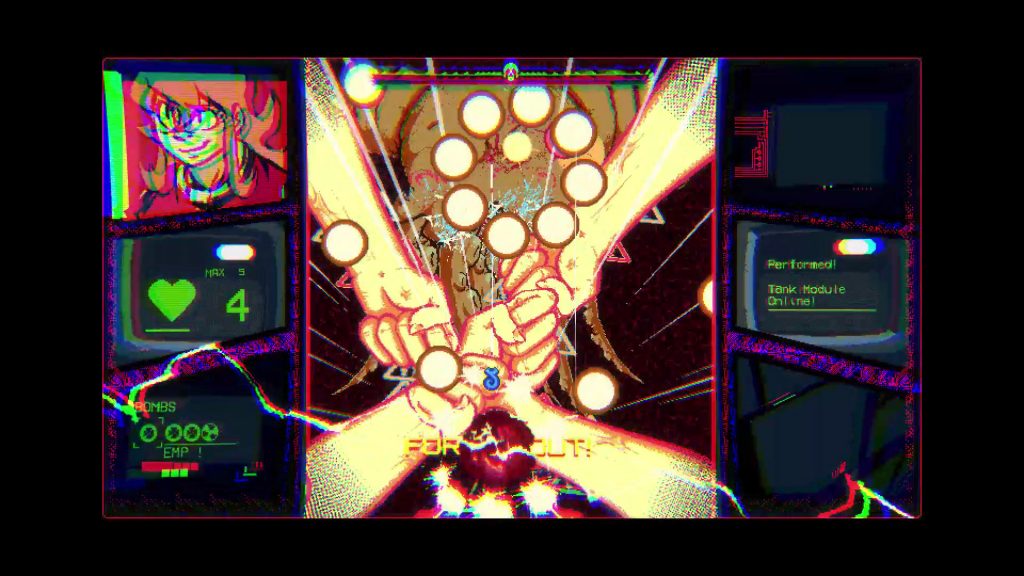 Aside from the glorious aesthetics, what I loved most about Project Starship X is how it communicated with players, especially when it came to the boss battles. Wonderfully bizarre bosses like a toilet monster or Swagthulhu have flavor text that break the fourth wall in a delightful way. At one point, a very familiar looking ghost appears on screen with the accompanying text “please don’t sue me;” another area tried to assuage players by letting them know the enemies had “potato aim.” I guess what I’m saying is, it’s dripping with charm from head to toe, every opportunity for something outlandish definitely taken.

Although the mechanics take a little bit of time to master, Project Starship X is easy enough to get the hang of and will absolutely put anyone in a better mood. The bullets are aplenty and the patterns are easy enough to spot while still being difficult enough to maneuver around. In this sense, any hits suffered feel like they can be attributed to lack of skill instead of the game being unfair or too difficult, which is the mark of a competent shmup designer. Dying doesn’t feel like a horrible punishment, especially when there are unlockable characters to become acquainted with who have their own bullet types to get used to — the mark of a competent roguelite designer. Quite frankly, if you’re a fan of either genre but feel a little burned out by the onslaught of cloned offerings, Project Starship X will absolutely get you out of that rut.

Project Starship X feels fantastic in every sense of the word. The difficulty is tough but fair, the levels are wildly diverse with recognizable patterns, and there’s replayability for miles. I greatly enjoyed playing in on my PS4, although I think I would have preferred the more personal, mobile Switch version — there’s something about having all these flashing lights and phenomenal chiptunes up close and personal. Regardless, Project Starship X delivers no matter where you play it, which I strongly encourage you do. Whether this is your first shmup or your 400th, Project Starship X does not disappoint, providing an addicting, engaging assault to the eyes and ears you won’t be able to quit.

Editor’s note: This review is based on a retail copy of Project Starship X provided by the publisher. 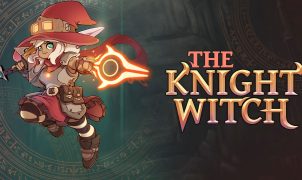 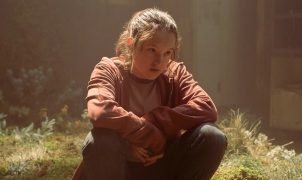