Never judge a puzzle game by its cuteness factor 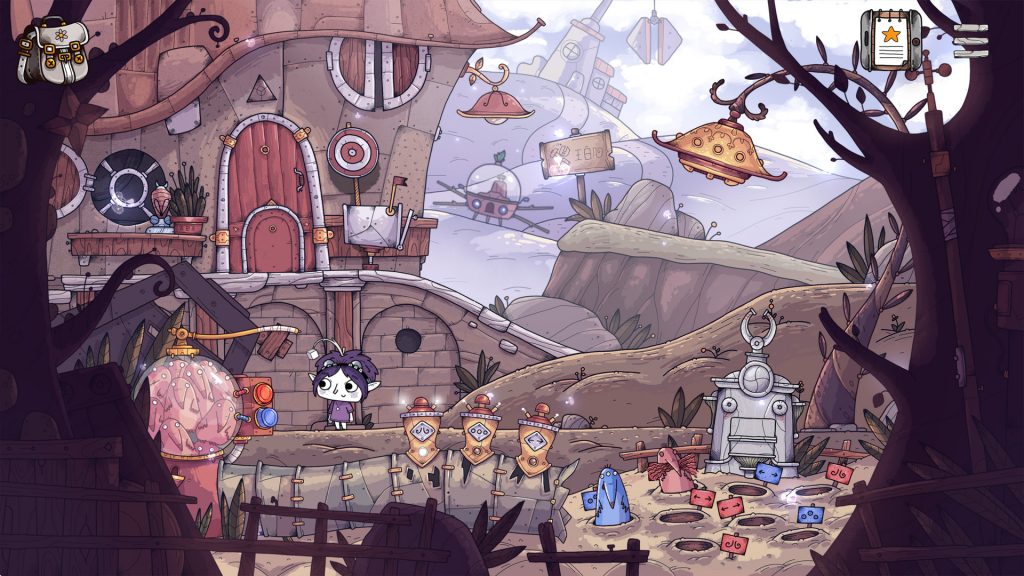 I firmly believe that every era of gaming is a golden era — it’s just a matter of looking in the right places — but there is something to be said about the blossoming of indies in the late 2000s. We were beginning to truly embrace indies on platforms that had been dominated by AAA games for as long as many could remember, interesting titles from unique minds challenging the tried and true releases from bigger studios. Games like Super Meat Boy, VVVVVV, and Machinarium were making the rounds as notable games worth sinking time into, the latter being one that particularly stood out to me as something special. A cute, hand-drawn puzzle game set in a mechanical fantasy land full of whimsy and wonder, Machinarium set a standard in puzzle gaming, with puzzle games released thereafter with even the slightest similarity being compared to the 2009 classic. Which is exactly why I chose to review TOHU — after only taking a single glance at it, I was immediately given Machinarium vibes, gently whisked away to the days of simpler indie gaming.

TOHU, developed by Fireart Games and published by the Irregular Corporation, can also be described as a cute, hand-drawn puzzle game set in a mechanical fantasy land full of whimsy and wonder. Available on Switch, XBox One, PS4, Steam, and Stadia, TOHU will instantly remind some gamers of that time when indie games began flourishing and will bring out the curiosity in those who missed that particular era. Featuring an original soundtrack composed by Hollow Knight’s Christopher Larkin, TOHU is both a love letter to older gamers while giving the younger crowd a run for their money. 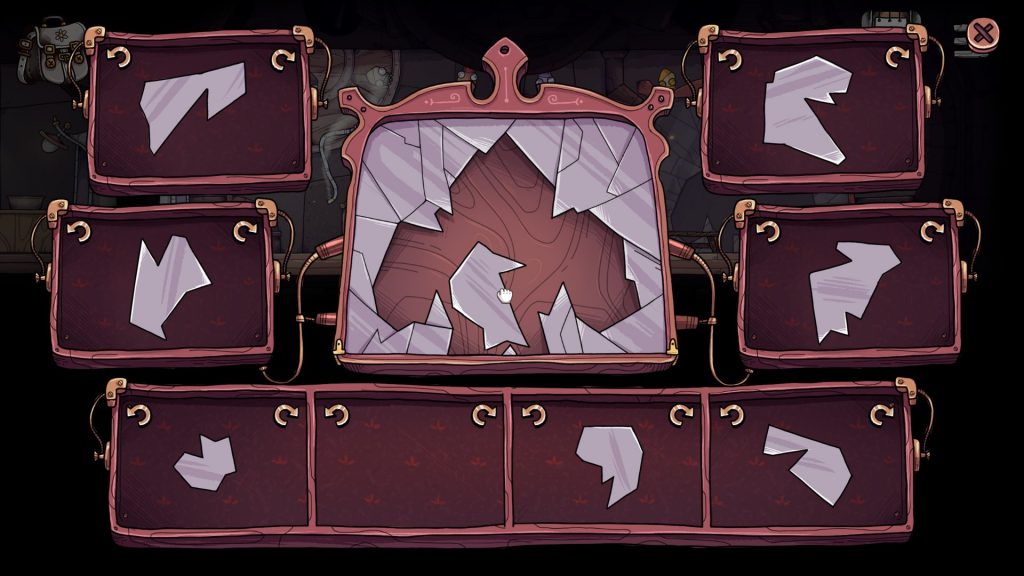 In TOHU, players take on the role of “the girl” and her alter ego, the Cubus, as she attempts to repair the Sacred Engine powering their giant steampunk fish world floating in the clouds. The Sacred Engine isn’t just broken — it’s been sabotaged by a mysterious, cloaked being for sinister reasons yet unknown. Armed with the Cubus, the girl is able to explore the world around her, solving puzzles and discovering clues that will lead her to uncover the secrets behind not only the villain, but the Cubus, their mystical world, and the history of the Sacred Engine as well.

The girl and the Cubus are simultaneously the same person, yet make an interesting pair; the girl can go places the Cubus cannot, while the Cubus can lift objects too heavy for the girl. Some puzzles will require the Cubus to solve, while others will be done by controlling the girl. As the game progresses, players will learn more about how the girl came to possess the technologically advanced item that houses the Cubus, a marvelous contraption that makes the impossible possible. It seems there’s more than meets the eye when it comes to this towering tin man, the answers doled out in a charming, on-brand fashion. 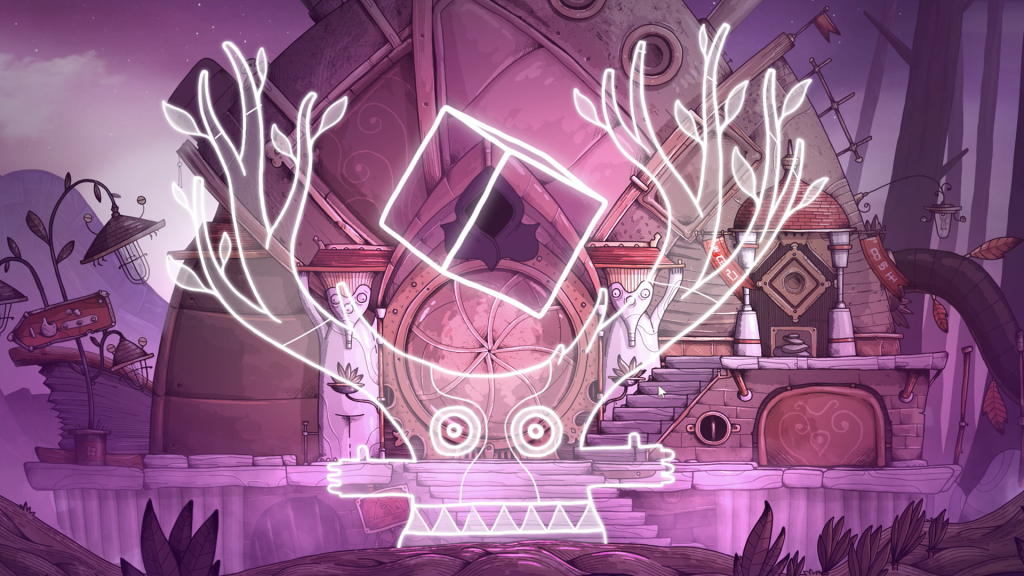 Controls in TOHU are simple, as they are point and click. Although the environments are filled to the brim with fascinating creatures and mechanical beasts, TOHU is thankfully not a pixel hunt — all items that the girl and the Cubus can interact with are easily identifiable. Speaking of environments: they’re absolutely lovely, the busy energy of the backgrounds making the girl’s world feel full and well lived-in. The music is also wonderfully whimsical, the hand-drawn characters seemingly able to jump right out of the screen with the charming, lively sound. TOHU works for all the applicable senses, and works very well.

A word of caution to those thinking TOHU is all sugar — the puzzles are quite challenging, and not for the faint of heart. I bring up Machinarium again, and likely not for the last time as a comparison, because TOHU feels just as frustratingly hard as Machinarium did all those years ago. Those looking for a ramped up difficulty curve will fall even harder in love, as plenty of these puzzles are less about logic but more about trial and error. One in particular that stands out is plugging specific instruments into a bagpipe-looking bag with no real path to the solution except to randomly guess and hope for the best. Of course, there are puzzles based off logic as well, but TOHU is less Professor Layton and more clicking around until ???-profit. 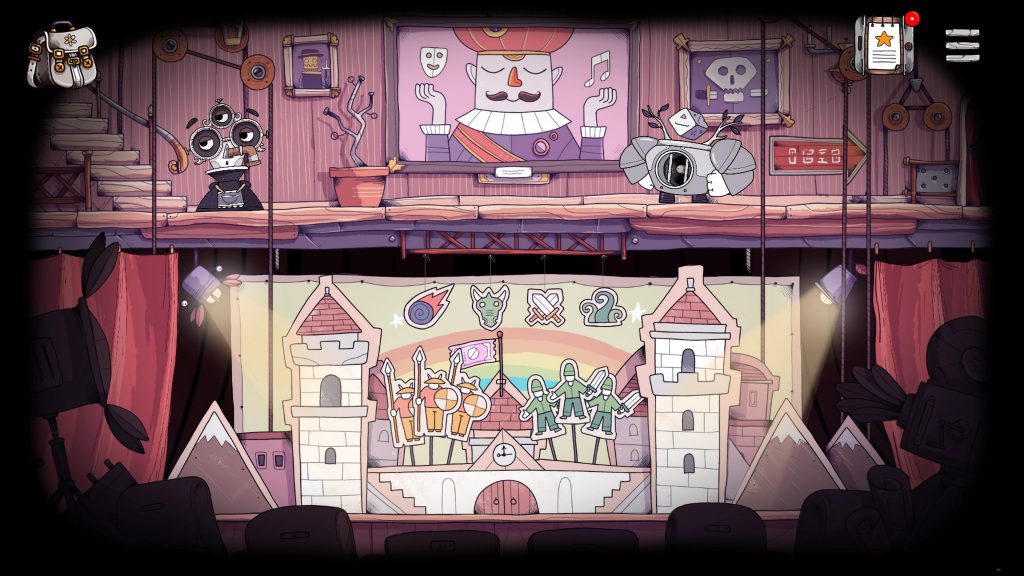 Although I am head over heels for the style and its busy-ness and genuinely enjoyed the wide variety of environments, I found my heart rate steadily increasing the more time I spent with TOHU. One thing that really irritated me were the idle sounds for the girl and the Cubus; it wasn’t enough to just have idle animation — sound effects were thrown in as well. This is particularly annoying, as I’d spend time idle trying to solve a problem but found it impossible when the Cubus would spin his head with a very consistent, unbroken whirring sound. The girl’s is less annoying, but still makes sounds as she taps away at her makeshift Switch. I discovered it best to rip out my earbuds if I was going to spend time idle while trying to envision a solution, lest the noise break my concentration.

Another issue I had was with the hint system — instead of hint coins or a cool down barring players’ path to a faster solution, there’s yet another puzzle that tests reflexes. This is what I attribute most of my frustration to, as it was aggravating to feel stuck on a puzzle, only to have another puzzle blocking my way forward. It’s not the hardest puzzle in the world, mind you, but when you’re already at a loss for progression, the last thing you want is yet another roadblock. Some other reviews I’ve read seem to indicate mixed reception to this method, and while I applaud the developers for trying something new, my heart rate is elevated merely typing this out. 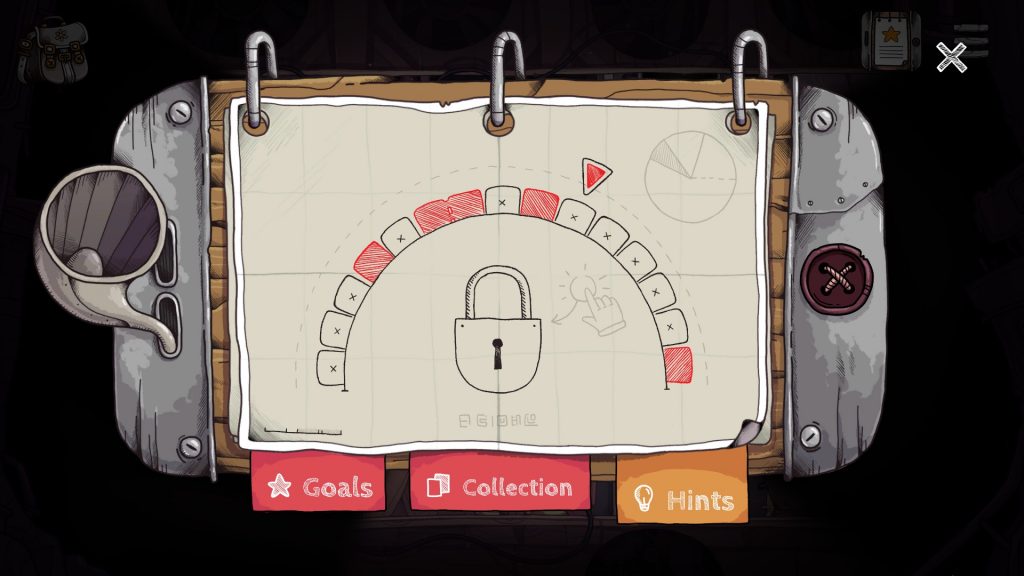 In all fairness, the hint system has a second layer worth discussing, and I recognize that I’m only frustrated with half of it. After passing the mini-mini game, the hint itself has to be deciphered, its almost comic-like form forcing the player to interpret what to do next through a series of illustrations. In some ways, it’s actually a relief that they don’t just give players the answer so easily — no such thing as a free pass here. In other ways, it does give me pause — was the game too hard to begin with, or am I just not thinking straight because it’s taken God knows how many tries to unlock this hint in the first place? I leave that to the players to decide.

Despite my criticisms of certain aspects of TOHU, I definitely feel like it’s money well-spent. These puzzles aren’t something you can just zip through, even with the hints unlocked. There’s not a lot of backtracking, which is nice considering that’s a major point of frustration in these kinds of games. The characters and world feel straight out of a bedtime story, their magic and charm absolutely undeniable. Although I do wish the story was a bit more fleshed out, I feel that the whimsical world made up for it, a far more interesting aspect to explore than the leaner narrative. Make no mistake, TOHU feels like a cousin to games released a decade prior, both in style and execution, and gamers who romanticize a certain era will fall in love with everything on offer here because of it.

It’s not hard to recommend TOHU — if you love busy, hand-drawn environments and puzzles that will really make you rack your brain for solutions, this is absolutely up your alley. It may have elevated my blood pressure for the few hours I spent with it, but I don’t regret the shortening of my lifespan in the slightest. If you gave this short but sweet little gem one glance and immediately thought fondly of Machinarium, I don’t have to tell you twice that TOHU was made for you. Be sure to pick it up on your puzzle platform of choice as soon as possible.

Editor’s note: This review is based on a copy of TOHU provided by the publisher.