Fatal Fury: First Contact Isn’t Wildly Ambitious, But It Gets The Job Done 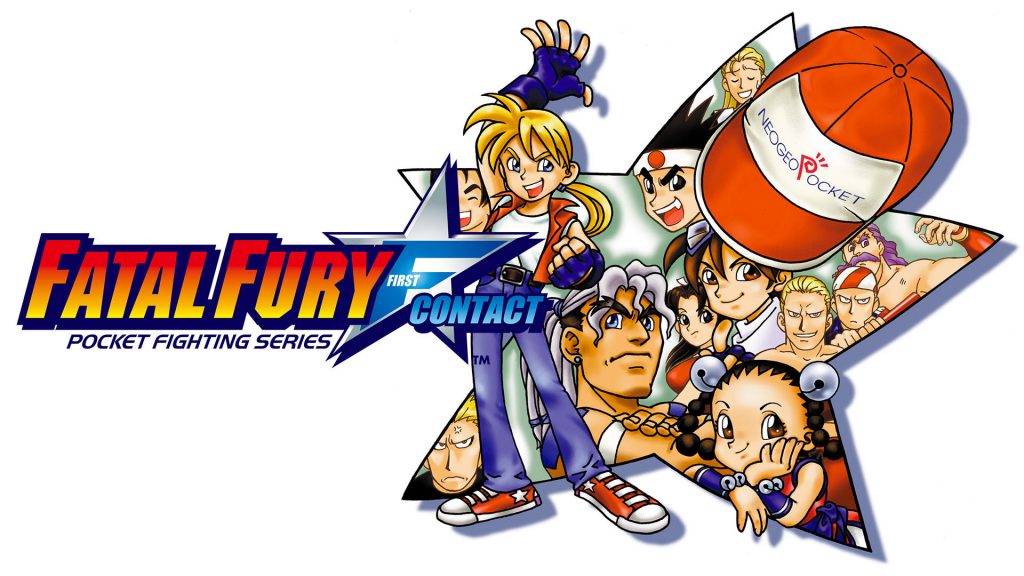 Initially released in 1999, Fatal Fury: First Contact marks the latest Neo Geo Pocket Color offering to make its way to the Nintendo Switch eShop. A condensed port of Real Bout Fatal Fury 2: The Newcomers, this pint-sized spinoff does an admirable job of capturing the fighting spirit of its 16-bit big brother. It features a sizable roster of super-deformed characters, a punchy fighting engine, and all of the franchise’s reversals, combos, and special moves fans would expect. However, while the game is a blast in short bursts, a lack of content and a few performance issues keep it from reaching the heights of SNK’s other NGPC titles available for the Switch, such as The Last Blade: Beyond the Destiny and King of Fighters R-2.

Get Ready For An 8-Bit Beatdown 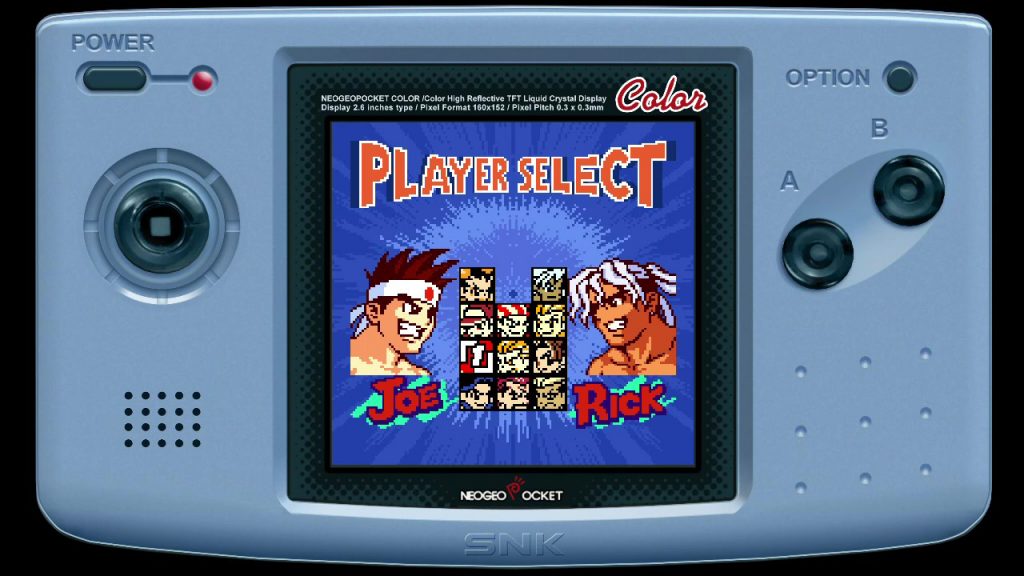 Fatal Fury: First Contact was an impressive little fighter when it first appeared on SNK’s ill-fated competitor to the Game Boy Color more than two decades ago. It allowed you to take control of 13 characters lifted from Real Bout Fatal Fury 2 beat the snot out of the computer or a friend in head-to-head brawls (so long as you had two copies of the game, two consoles, and a link cable to go with them, of course). And while its novelty is a bit diminished these days when you consider that you can play a pixel-perfect port of the much more robust RBFF2 on your Switch this very minute, it’s still a lot of fun to slug your way through the game in all of its chibified glory.

Included in the roster are many fan-favorites, such as Terry and Andy Bogard, Mai Shiranui, Joe Higashi, and Geese Howard. Additionally, the Native American boxer Rick Strowd and the Chinese martial artist Li Xiangfei, who both made their debut in Real Bout Fatal Fury 2, are present and accounted for. Overall, there’s a decent selection of fighters who all feel unique. I don’t think players should have much trouble finding a character that suits their preferred playstyle. Though I have to admit I’m a little disappointed that a handful of my favorites were omitted, such as the nunchaku-wielding goofball Hon-Fu and the fierce monk Sokaku. Still, given we’re talking about an 8-bit brawler from the late nineties, it’s hard to complain too much about the roster’s size.

Small In Stature, Big In Heart 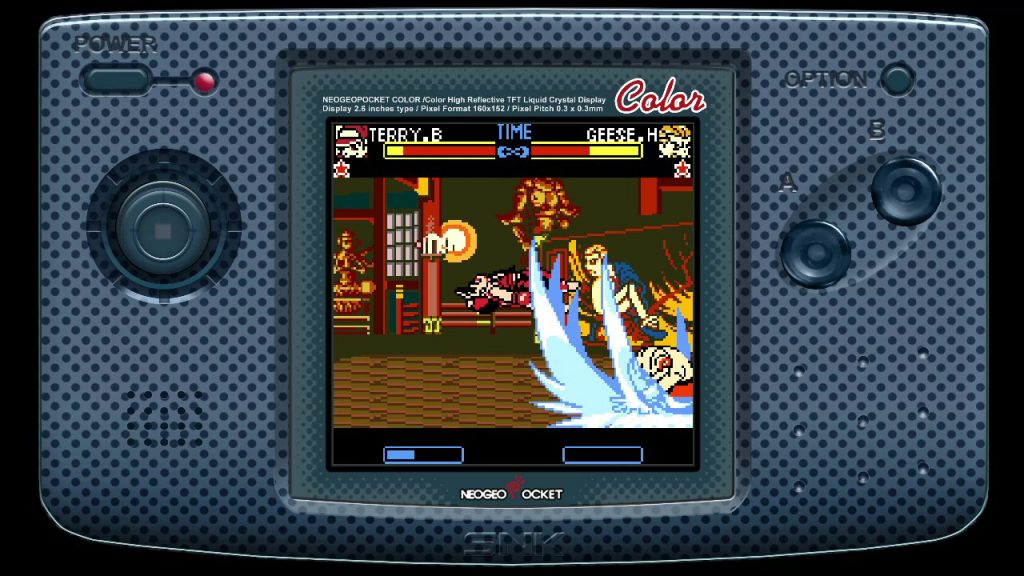 Look out for Geese’s Raging Storm!

SNK always did a great job making their NGPC offerings feel like respectable approximations of their home and arcade fighters. Fatal Fury: First Contact mostly manages to deliver the goods despite the hardware only having half the available buttons. Tapping the A or B buttons allows you to perform a light punch or kick. Hold the buttons a little longer, and you’ll execute a hard strike. Overall, it’s a simple way of addressing the handheld’s limited control scheme that doesn’t take much time to get used to. Of course, the controls aren’t the only changes SNK made to the game’s formula. The lane-change system, which allowed you to step into the background to avoid enemy attacks or help get close to your opponent, has been completely removed. Though I honestly don’t believe this is to the game’s detriment.

Fatal Fury: First Contact nails the basics, and veterans will be unleashing combos without too much effort. However, I did find that pulling off special moves requires a bit more effort than it should. Whether I was using the Joy-Cons, Pro Controller, or my Hori Fight Stick, I found the controls to be a bit mushier than those found in other NGPC ports. In addition to the somewhat imprecise controls, the game also suffers from considerable slowdown when the action gets too frantic. When these dips in performance happen—and they often do—it can hurt a match’s flow.

That’s not to say these issues are game-breaking. Over time, I was able to get used to the game’s relative lack of polish and enjoy the spectacle of my diminutive combatant duking it out over a deconstructed South Town. But I have to admit it’s hard not to notice them, especially when playing other NGPC ports to the Switch.

Duking It Out On The Lean Streets Of South Town 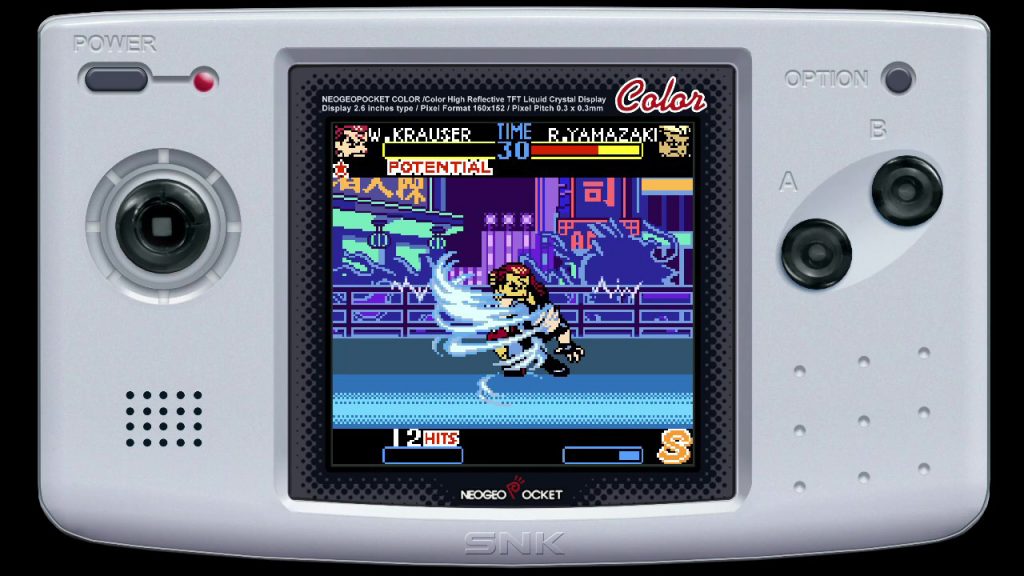 While the colors are minimal, the game is still quite vibrant and a joy to behold.

If you’ve played any of the other NGPC games on the Switch, the first thing you’ll probably notice upon firing up Fatal Fury: First Contact is its comparatively modest selection of game modes. There are only two to speak of in the game. You can either go head-to-head with a friend in local versus or compete against the computer in arcade mode. So if you were hoping for a story mode or anything more ambitious to keep you busy, you’re sadly not going to find that here.

Without a doubt, this lack of game types hurts Fatal Fury: First Contact’s replayability. If you enjoyed the wealth of content in games like The Last Blade: Beyond The Destiny and SNK Gals’ Fighters, like training, survival, time attack, and museum modes, there’s a good chance you’ll find this slimmed-down package a bit disappointing in comparison.

One thing I’ve always loved about SNK’s NGPC fighters is their irresistibly charming graphics. It’s just so cool seeing the detailed sprites from franchises like Fatal Fury, The King of Fighters, and Samurai Shodown shrunken down and deconstructed into pudgy, super-deformed sluggers.  When it comes to charming visuals, Fatal Fury: First Contact is no exception. The sprites look great and are well animated. Also, even though the selection of colors is relatively minimal, what’s there is vibrant and easy on the eyes. I’d also be remiss not to mention the hard-hitting sound effects, with punches and kicks that produce a satisfying “crack!” that makes each blow feel impactful. As for the music, it gets the job done. Some tracks are somewhat forgettable, but others, like Billy Kane and Kim Kaphwan’s redone themes, sound magnificent.

Fatal Fury: First Contact isn’t a bad game by any stretch. However, when you compare it to SNK’s more recent NGPC ports to the Switch, its lack of content is hard to ignore. It really shows its age with its slower pace (and frequent slowdown). And with only one single-player mode to experience and a pair of characters to unlock, you’ll likely find yourself burning through everything it has to offer in a single afternoon. Of course, the ability to play against a friend adds a bit of replay value to the package. But given that you can buy the superior Real Bout Fatal Fury 2 for the same price on the eShop, it makes this entry a little tough to recommend to all but the most ardent SNK fans.

At the end of the day, Fatal Fury: First Contact isn’t wildly ambitious. But if you’re looking for a quick and dirty 8-bit fighter to add to your Switch library, it gets the job done.