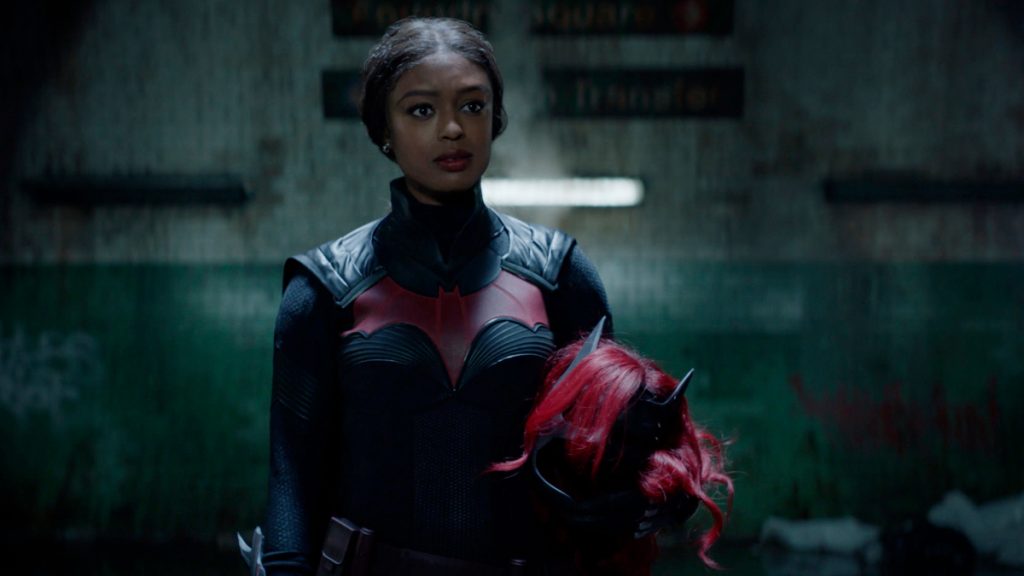 I have to admit, I wasn’t sure how Batwoman was going to continue without Ruby Rose. Not that I necessarily loved the actress, but everything in the show’s universe revolved around her. Her father is the Commander of the Crows, her deranged twin is the criminal Alice, she’s friends with Alfred’s daughter and Lucius Fox’s son, just to name a few threads. So how all that would hold up with an entirely new character in her shoes worried me. Thankfully, I can say that worry was unfounded, and I frankly love Javicia Leslie’s take on playing Batwoman so far.

Please note that I called Javicia Batwoman and not Kate Kane. She’s not both. Her character’s name is Ryan Wilder, and she has a tragic backstory. Her birth mother died bringing her into this world, and her adoptive mother died in a horrible incident involving Alice’s Rabbits. The latter is revealed in harrowing flashbacks throughout the episode, and I felt they did a good job of making us care about Ryan. Unlike Kate, who was played very wooden and unemotionally by Ruby Rose, Ryan is very genuine and open about her emotions. I found that quite refreshing, and it makes me optimistic about where the series can go with her at the helm. Ryan starts the episode as a homeless former martial artist, and ends it with real purpose.

The episode itself starts with a real Deus Ex Machina moment. As Ryan sits in her van, her only dwelling, suddenly flaming debris falls to the earth close by. It apparently came from a plane that has crash landed. Ryan quickly sets off to see what has happened, and helps free folks from harm. As this happens, it’s juxtaposed with Luke Fox and Mary Hamilton (Kate’s step sister) searching frantically for Batwoman. Eventually they realize the plane that has crashed is hers, right as Ryan finds the batsuit in the rubble. They don’t find Kate’s body, and likely won’t given the actress is gone, but it’s still a dramatic moment. Jacob, Kate’s father and Commander of the Crows, is understandably distraught to possibly lose another daughter to tragedy, and gives his all to finding her.

What a Dangerous Weapon. Let Hush Put it Somewhere Safe… 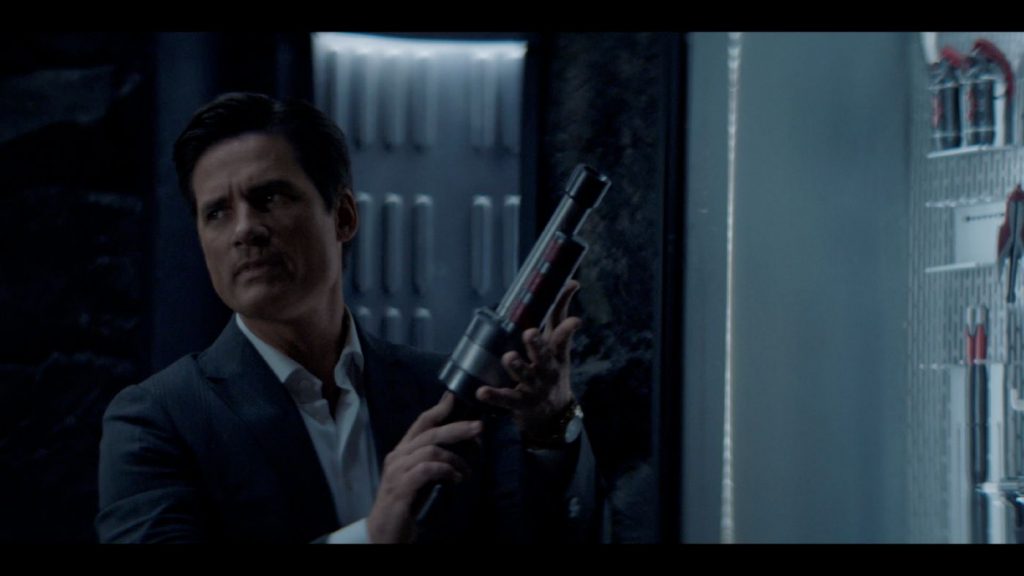 Later in the episode, another key development from last season comes into play. Tommy Elliot AKA Hush is back, and wearing Bruce Wayne’s face. Though I wasn’t keen on how the character of Mouse spent all of last season inexplicably shapeshifting to look like others, it is put to good use here. Even though I don’t like the character of Hush from the comic books, Tommy is delightfully twisted in the show. Ironically, he makes Bruce Wayne what he always pretended to be – a preening dandy without substance or character. He spends the episode sleeping around and searching for the Kryptonite shard to honor his deal with Alice. After he finds it, he’s quickly threatened by the maniacal sister, and decides to unleash her own father on her. The Commander is not fond of his mad daughter’s nonsense, and when he finds her something truly sad occurs. I won’t ruin it, but it does go a long way to resolving some key elements from season 1.

Meanwhile Ryan puts on the Batsuit and starts putting it through its paces. There’s a fun scene where she confronts some criminals in an alleyway. She’s instantly more lovable and fun than Kate was, and though she’s not familiar with all the functions of the suit, she manages to deal with her attackers. Though she doesn’t have the physicality of Rose, I still found the fight scenes believable. Later on she’s found by Luke and Mary, who have been tracking the signal coming from the active suit. To my surprise, Ryan quickly takes her mask off and reveals her face, only to explain her truth before grappling away. This leads to Mary doing research on her, and visibly softening on the stranger in her step sister’s suit. 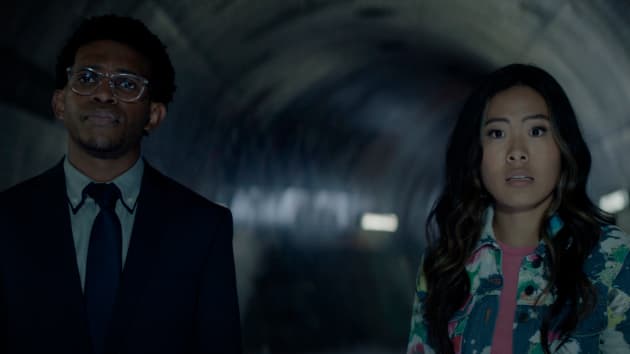 Most of the real tension in the episode comes from Hush Wayne managing to talk his way into the Batcave and finding a hidden Batmobile. He desperately wants to take on the mantle of Batman, and make the world his playground. Luckily for us, Ryan finds the steel to deal with him first, and even beats his ass so thoroughly his Wayne “mask” gets forcibly removed. There’s some great Alice moments too, such as when she reveals she planned on tricking her father into murdering and unmasking her sister. Even though Kate’s gone, the drama and characters that made the series great are still here. And even without Ruby Rose, I think Batwoman is in good hands.

I won’t reveal all the secrets from the season 2 premiere, but I will say that by the end we get a better idea for what happened to Kate Kane. I’m really heartened by this episode, both as a fan of the Batman mythos and the CW’s scripted DC series. Stay tuned next week this time for my review of episode 2 of this season of Batwoman!