Good day for a swell Smash! 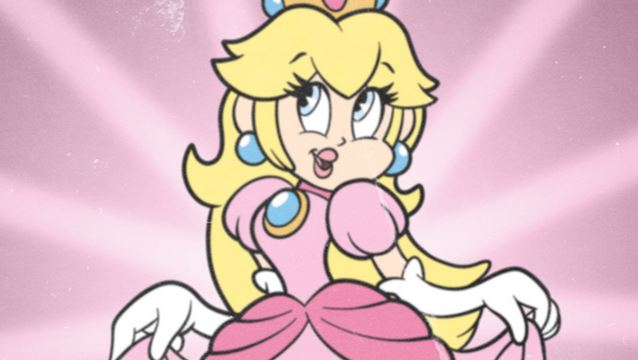 You ever just drink in the miraculous sight of Super Smash Bros. Ultimate‘s roster — star-studded celebrities, obscure favorites, and third-party guests all — and think to yourself, “Boy, what I wouldn’t give to watch these characters animated in the vein of an old-timey cartoon?”  Probably not, yet it seems Cuphead fan Daniel Cortes couldn’t get the idea out of his head; in fact, the aspiring animator’s set out to draw all eighty-plus combatants in the style of a 1930’s cartoon! Just like the 2017 run-and-gun, every character channels the “rubber hose” animation motif: the antiquated American animation style that generated such classics like Felix the Cat and Oswald the Lucky Rabbit. Like a spilled cup of Joe, Cortes’s ambitious project went viral across social media, and so we’d like to share some of our favorites below:

The popular boi!! It’s Mario “Jumpman” Mario!! This one was really interesting putting in this style since he’s loosely inspired off of Popeye, so it’s cool to bring it back full circle!#mario #smashbros #smashbrosultimate #nintendo #cuphead #rubberhose #1930scartoon #cartoon pic.twitter.com/FyKKUGM4hn

Day 6 of Drawing every Smash Character in a #Cuphead/ #Rubberhose/ #1930sCartoon Inspired Style!! Up next we have #LittleMac from the #PunchOut series!! Just your average short 17 year old from Brooklyn throwing hands with Mike Tyson!! pic.twitter.com/MekcWiswKq

Day 7 of drawing every #SmashBros Character in a #Cuphead/ #Rubberhose/ #1930sCartoon inspired style!! Today’s #DuckHunt!! This one’s one of my favorite characters in smash! I just love how out of left field their inclusion was lol!! pic.twitter.com/vM01kmRupx

Day 11 of drawing every #SmashBros Character in a #Cuphead/ #Rubberhose/ #1930sCartoon inspired style!! Today we have the lovely Princess herself, #PrincessPeach!! She should really get better guards other than Toads cause they’re not doing a very good job lol!! pic.twitter.com/n6v5lzNRbX

Day 12 of drawing every #SmashBros Character in a #Cuphead/ #Rubberhose/ #1930sCartoon inspired style!! Here we have The King of Koopas, #Bowser!! The first REAL villain I’ve posted lol. I used Pete from Mickey Mouse as a reference, and I’m glad with the results haha! pic.twitter.com/dqXLm7cVQZ

Day 14 of drawing every #SmashBros Character in a #Cuphead/ #Rubberhose/ #1930sCartoon inspired style!! Today we have Princess #Zelda!! This is my favorite design of her because I loved Link between worlds so much!! Went with a classic Disney Princess aesthetic for her design 🙂 pic.twitter.com/btIJFxl3st

Day 18 of drawing every #SmashBros character in a style inspired by #Cuphead/ #Rubberhose/ #1930sCartoons!! The fight is on!! Today we have #Pit from Kid Icarus!! Really enjoyed what I played of Uprising, Sakurai did a great job with that game too lol! pic.twitter.com/IlKkO7yFKU

As of today (that’d be January 11th, 2021), Cortes has drawn nineteen of Ultimate’s eighty-four fighters, successfully grafting each character’s visual personality — be it stoic stalwarts in Samus Aran and Simon Belmont to the cruel ferocity of Metroid‘s Ridley — and molding them into expressive, light-hearted caricatures itching to leap right off the screen. (And let’s not forget his attention to detail: the film scratches already add to the authenticity, but have you noticed each character’s background echoes their representative colors on the Smash Bros. Ultimate website?) As he’s following a chronological timeline, Metal Gear‘s Snake is set to be next — just how the gruff Soldier of Fortune translate into the world of Cuphead?

Regardless, we wish Mr. Cortes luck in his dream of breaking into the animation industry — with over sixty characters left (not to mention the three unknown DLC fighters!) and his exploding follower count, we imagine his cartooning prowess has a bright future. Again, you can check out his Twitter here, but in the meantime, why don’t you share which design’s your favorite in the comments below? 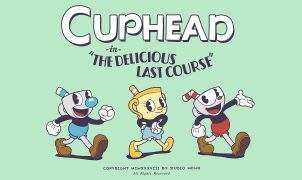 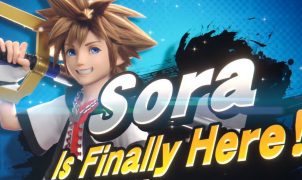 Lawn Mowing Simulator Review: Business is blooming It used to be a joke that simulators would simulate mundane or repetitive things like chores, people shirking their real-life duties for…