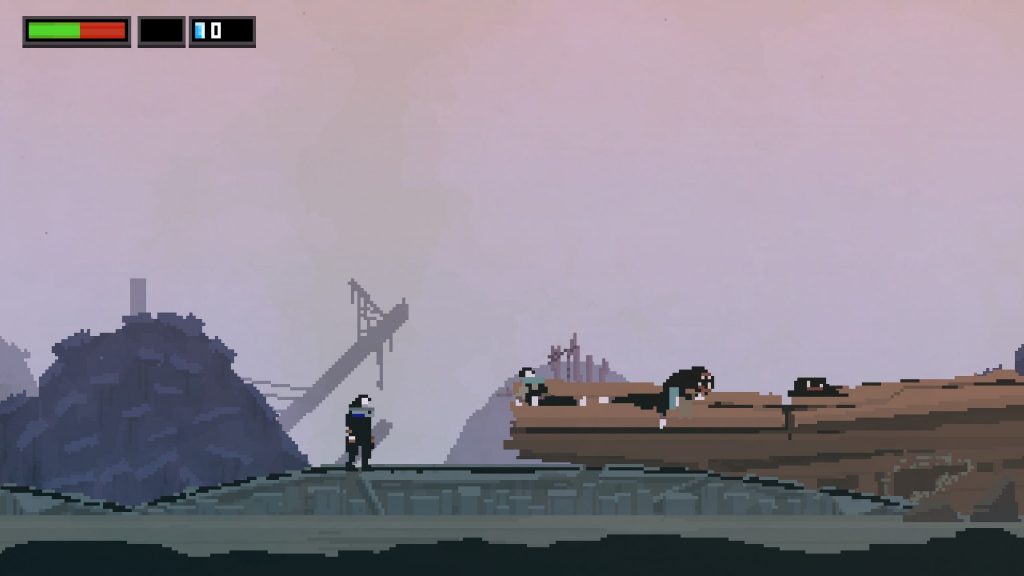 I’ve quietly been following Olija for a while now. There was just something about it that stuck with me since it was presented by Devolver Digital months ago. Now that I’ve played the game for a few hours, I can say that indescribable notion was borne out. This is quite simply a tremendous adventure thus far and I’m really excited for where the tale will go. But in the meantime, I’ll share some of the early elements from Olija that have me so very enraptured. 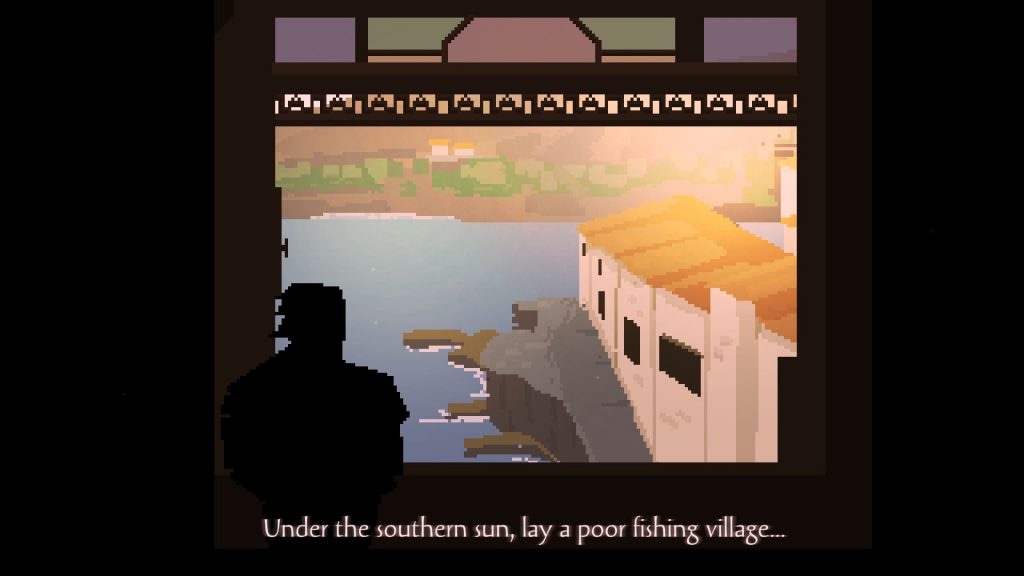 The story revolves around a shipwrecked captain named Faraday. He sets out to find fortune for his people, and quickly is slapped down by the cold hand of fate. A gigantic whale destroys his boat, and Faraday washes up on a mysterious shore. Unbeknownst to him, he crash landed in the kingdom of Terraphage. And though he doesn’t know it yet, he’s in for the adventure of his lifetime. 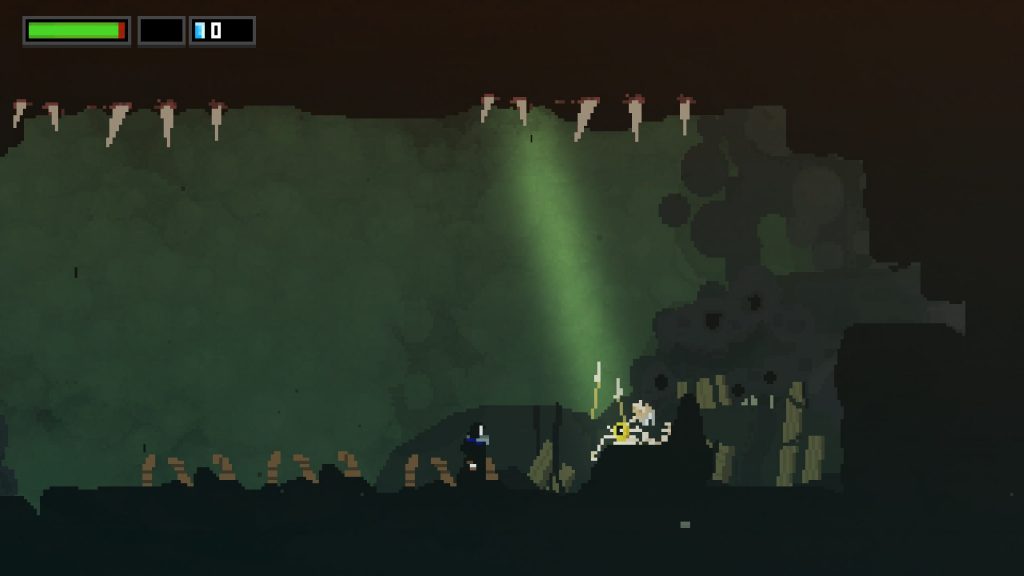 Faraday is quickly beset by monstrous black gooey creatures, and sets out to discover what happened to his shipmates. Instead, he finds a mysterious compass that guides him to a magical artifact – a cursed harpoon. The early part of the game you have to reach the temple where the harpoon is housed. I thought it was the only weapon in the game, but you actually find a good variety of secondary weapons. The first one is a fencing sword, capable of lightning quick combos that shred foes close by. I’ve also found a repeating gun of sorts and even a shotgun weapon. But by far the most important weapon is the harpoon. 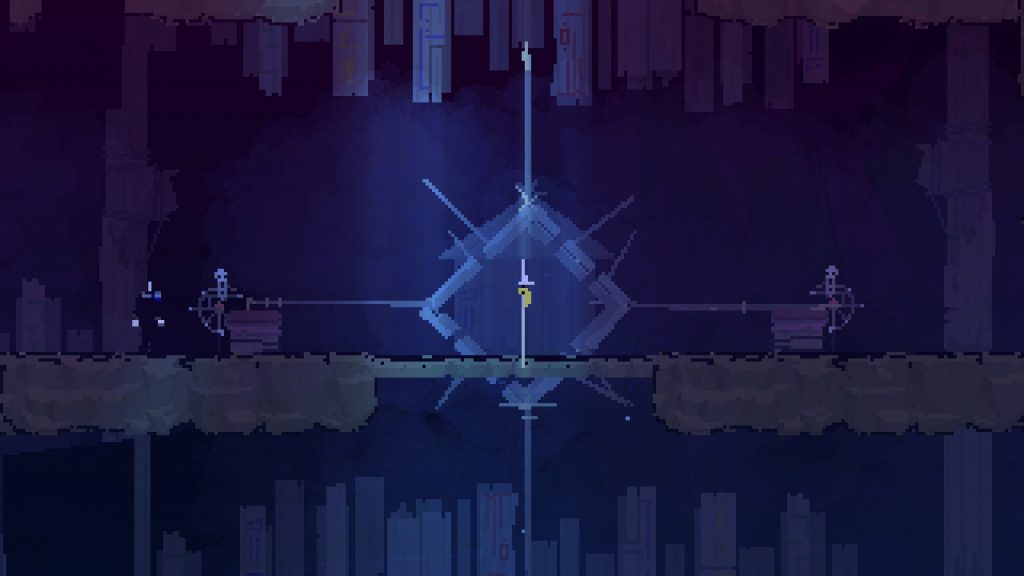 You quickly discern that there’s something special about this harpoon. I called it ‘magical’ and ‘cursed’ earlier, but that’s cause it’s hard to accurately describe. It appears ordinary, but there seems to be some sentience in the weapon. It’s also bloodthirsty, even towards you. Luckily, in the game itself, the harpoon does your bidding. Not only can you hurl it at foes, but Faraday can summon it back to him and even teleport to it. Once you’ve locked onto a target, typically a twisted eyeball creature, Faraday can immediately whoosh over. This sets the stage for many creative puzzles, which is also pretty fun. Oh and did I mention you’re being hunted by mythical creatures the moment you claim the harpoon? Yea, there’s lots of great mysteries in Olija, and I fully intend on plumbing all its hidden depths. 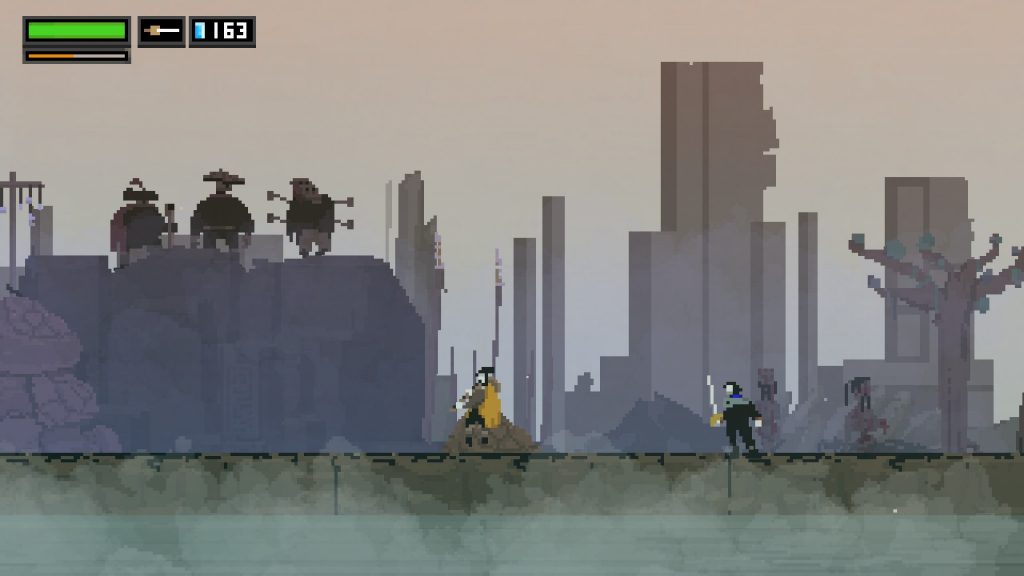 One main mystery about the game seems to revolve around Terraphage and its strange inhabitants. Most of the humans you encounter are refugees of boat wrecks who have banded together in a settlement called Oaktide. That’s your home base, where you slowly unlock more features for coin. It’s also where kidnapped villagers return once you save them. The other main group you find are servants of the titular woman, Olija. I don’t know much about her yet, but she was imprisoned by the first boss I found, named Yellow Cloak. Which brings us to the next mystery – the monsters. Most of the creatures I’ve encountered thus far are terrifying organic monstrosities, reanimated corpses or gooey black horrors. The aforementioned Yellow Cloak is the apparent god of the Rottenwood clan, who look relatively human, but can grow wings and fly about. Though I’ve nominally defeated Yellow Cloak, I have a feeling he’ll be a recurring character. Cause his introduction filled me with awe and dread, as did his inhuman glee for destruction. Simply put, the lore of this world, which is revealed bit by bit, has me utterly fascinated. 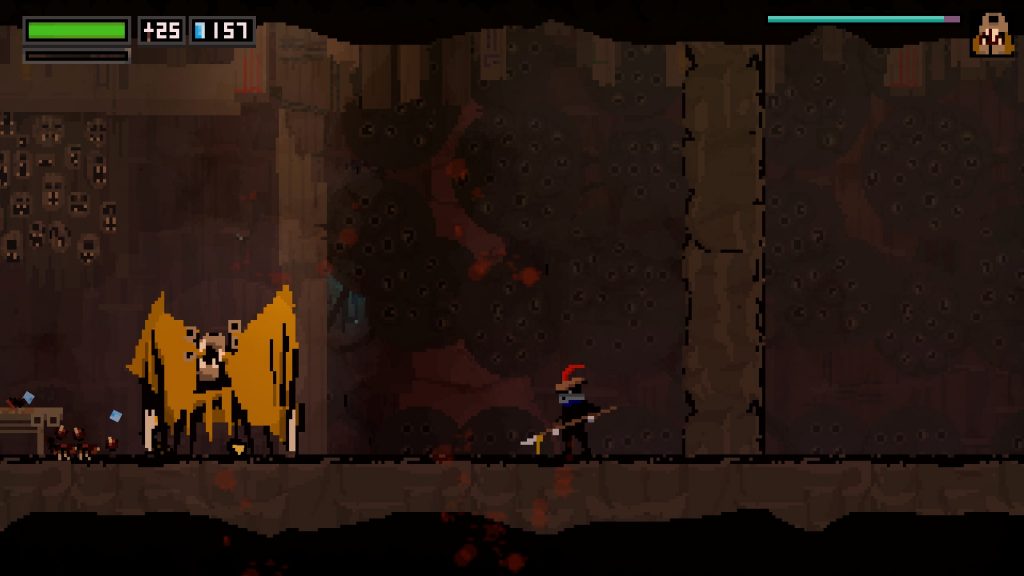 A big reason I am enjoying Olija so far is because of the gameplay. Though it’s not a Metroidvania, it easily could be. You run about, jumping across chasms and platforming like a champ. The game does a good job of explaining the basics, but it left some things out. I discovered by accident that Faraday is capable of a dodge roll and that you can switch secondary weapons once you’ve found more than one. Thankfully, most everything is very intuitive, other than the pause menu not being something you can interact with. Best of all, the Steam version of Olija works with a 360 controller, which makes everything silky smooth. 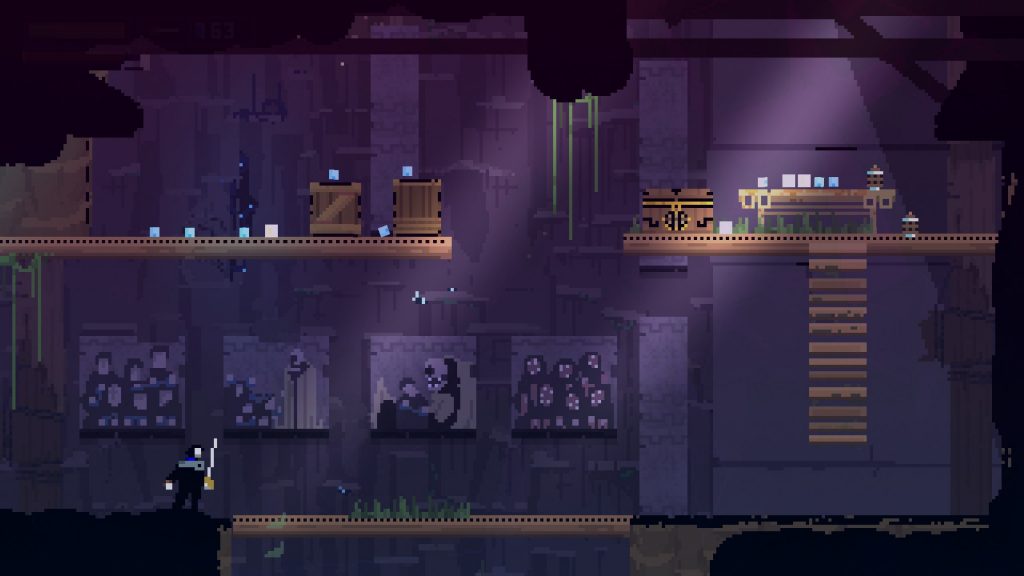 Honestly though, the best part of Olija for me other than the combat and mystery is the artistry. At first glance, it appears somewhat basic. Like some sort of upgraded Pitfall. But the graphics are actually quite stunning in their fluidity and complexity. Skeleton Crew Studio has done remarkable things with pixel art, but to truly appreciate it you need to see it in action. The game makes great use of atmosphere, combining the artwork and sound effects to immerse you fully in this strange realm. And I especially like all the visual guides that pop up to nudge you in the right direction. Though there’s plenty of differences, the best way I can explain Olija’s art style is to compare it to The Messenger, also published by Devolver. This is a game that gives plenty of nods to classic adventures while reinventing many key elements in exciting ways at the same time. 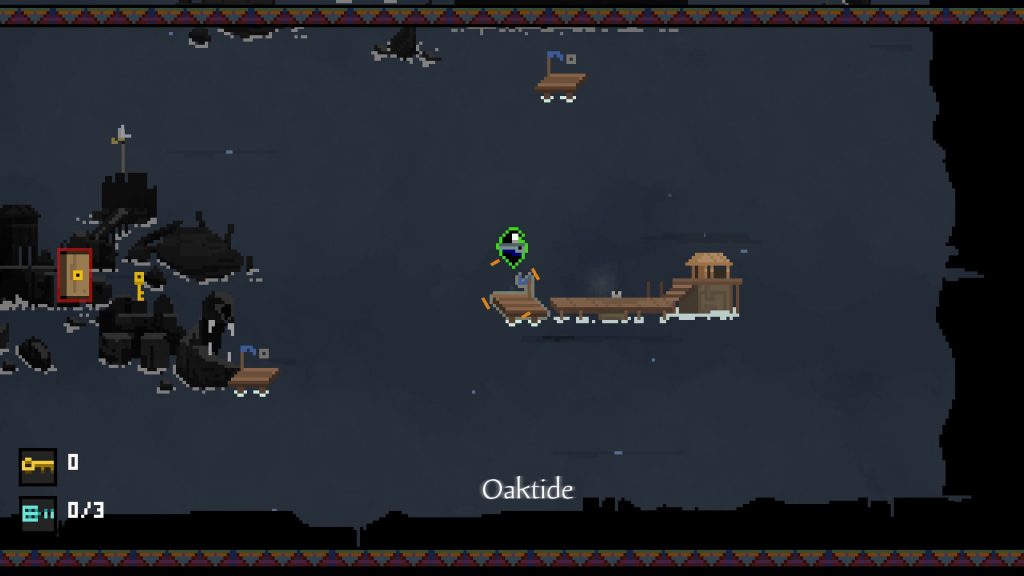 Honestly, I’m really hyped for what else I’ll find in Olija. If this game wasn’t already on your radar, put it there. But if you’re still not convinced, stay tuned later this month for my full review of the game! 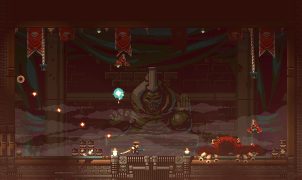