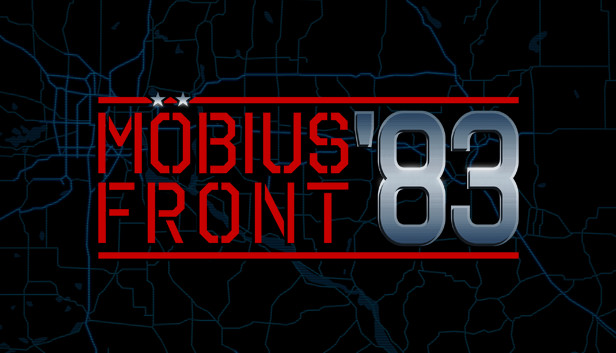 I absolutely love tactical war games. And by that, I mean that I absolutely love Advance Wars. Sadly, those haven’t been around for quite some time at this point. But, being in “current year” and all, we don’t necessarily have to worry about single companies being responsible for entire genres anymore. While Advance Wars itself may have come and gone, we have titles like Tiny Metal and Wargroove doing their best to serve as competent and enjoyable spiritual successors who also add their own flair to the genre. Have they been quite as good as the source material? In my opinion, no. But I still very much enjoyed my time with them. And I thought that I would enjoy my time with Möbius Front ’83, too. As it turns out, however, “enjoyment” may have been too strong a word to attribute to this game.

Möbius Front ’83 is yet another example of what I’ve come to call (at least in my own head, anyway) a “fence-sitter.” It’s not good, but it’s not bad. It’s not something that I would recommend, but it also isn’t something that I would steer someone away from if they were interested. It’s just kind of, I don’t know, there. Had this been the first time since Advance Wars: Days of Ruin that I played a tactical war game, I might have really liked it. But the reality, here, is that other tactical war games both exist and have done things better—leaving something like this destined to remain in obscurity. 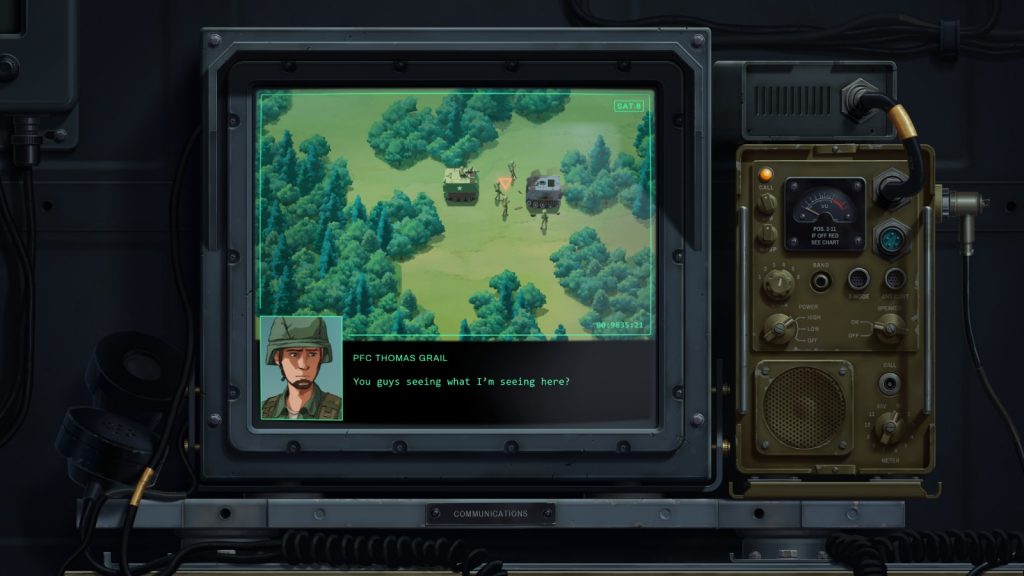 Yep, and it certainly isn’t something good.

Most tactical war games that I play take place in fictional worlds. It’s easier that way; you can make your own factions, mess with reality how you’d like, and don’t have to worry about accidentally stepping on any toes when casting any particular country as heroic or villainous. Möbius Front ’83 isn’t about that, though. Instead, you’re in charge of none other than the US Military, as you fight it on your own turf against… the US Military? Huh. Well, I guess you don’t have to place a game within a completely made-up world to create an alternate reality after all!

All jokes aside, Möbius Front ’83‘s story, while a little light in certain spots, is pretty solid all around. The fact that the game uses the same country as both the protagonist and antagonist without immediately hopping into some kind of civil war cliche is impressive, and it genuinely had me curious to see where things went next. It’s too bad that the rest of the game doesn’t hold up as well, because I really think that this could have been something nice if they had only made the actual fights as intriguing as the game’s story itself.

Men on A Mission 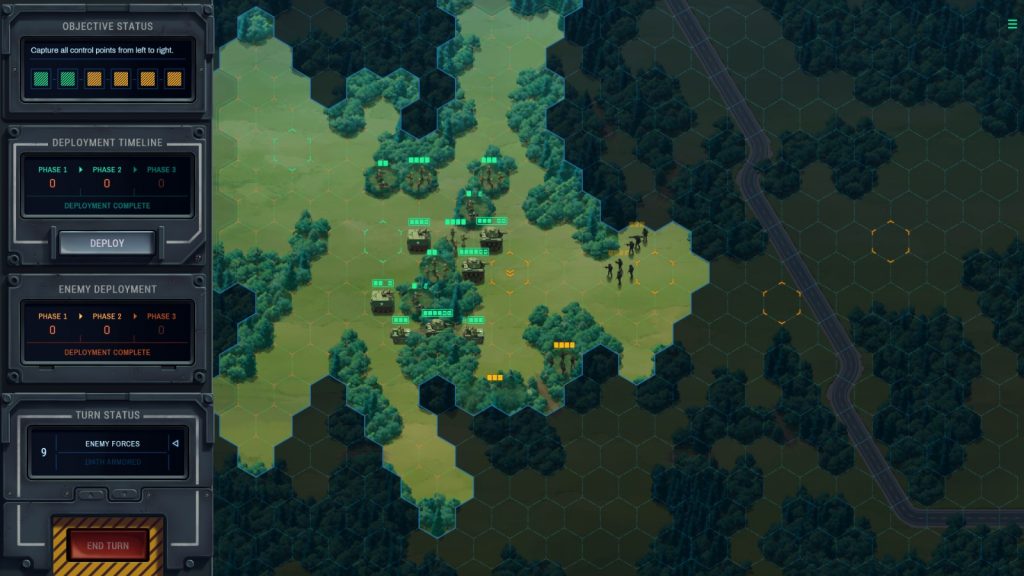 The changes in level objectives are unique, but that doesn’t mean that all of them are good.

Möbius Front ’83 might look a trite different from other tactical war games, but that’s just the fact that it uses hexagonal cells instead of the typical square ones fooling your eyes; this is very much still in the same vein as Advance Wars. Because of that, I’m not even sure that I need to explain in too much detail about how these kinds of games work. You know the deal, right? How it’s all about strategy, and that you need to utilize your available units and surrounding terrain to claim victory as opposed to just blindly rushing in with the hope of blasting your opponent to pieces? I’m sure that you do.

So, now that we’ve hastily established the basics of what a tactical war game is, let’s talk about what makes Möbius Front ’83 unique; its missions. Most tactical war games focus on the actual fighting. Sure, there are levels focusing on escorting someone or capturing cities (or whatever a game’s equivalent might be), but most of the time it’s all about obliterating your opponent’s army… with, you know, tactical prowess and stuff. Möbius Front ’83 has plenty of that too, to be sure, but complete annihilation isn’t generally what the game’s going after. Instead, each level tasks you with its own victory conditions, such as capturing territories in a specified order, defeating certain kinds of enemy units, and so on. They’re similar to what players are used to, but not exactly the same—a nice balance of novel and familiar.

All’s (Not) Fair in Love and War 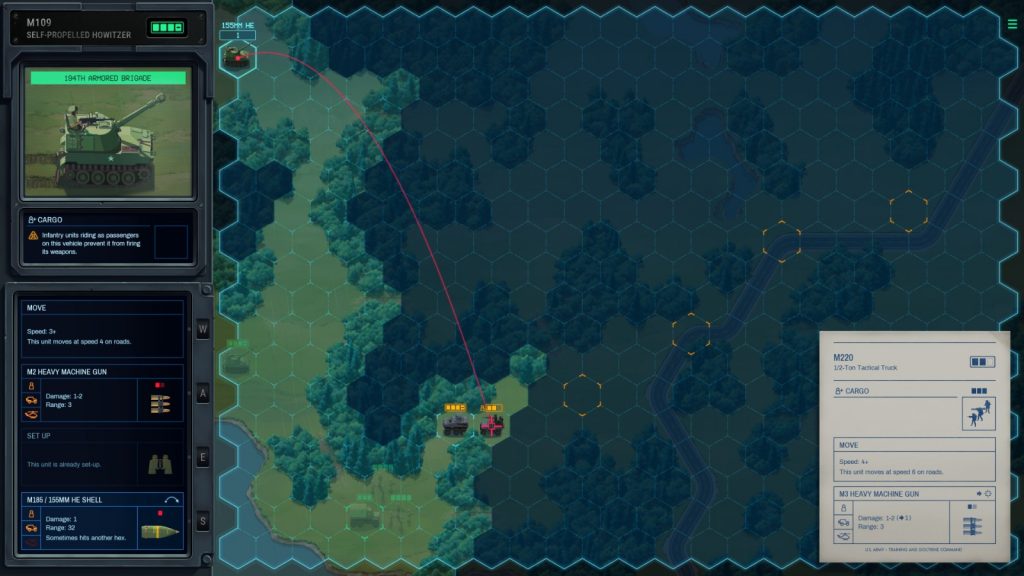 I love the range on this thing. What I don’t love, however, is the fact that it can miss.

Unfortunately, the rest of the game doesn’t quite stack up. For starters, this game has—and I apologize for sounding harsh, here—the least interesting maps that I’ve ever seen in a tactical war game. At first, I actually tried disputing this with myself. Because the game is taking place in a real location, the United States, it would make sense that things wouldn’t get too zany. However, that immediately flew out the window when I remembered that this was taking place in an alternate reality. If the Möbius Front ’83 doesn’t have any trouble taking liberties with the story, then why are its maps so basic and bland? Also, the US isn’t just a bunch of forests, some water, and a highway; as someone born and raised in Indiana I can also confirm that we have cornfields, here, too. I get that they don’t all have to be wildly different from one another, but it literally felt as though this game had about 3 unique maps in total. That’s not a good thing.

I also found Möbius Front ’83‘s approach to unit management bizarre. In every AV-like that I’ve ever played, units were at least semi-expendable. Not in a way where you can just indefinitely pump out units and send them to their death (usually), but you typically didn’t have to handle them with as much care as you would, say, your units in tactical RPGs like Fire Emblem or Final Fantasy Tactics. Möbius Front ’83‘s approach didn’t exactly follow this, though. Not only are your units incredibly finite within each level, but you can’t even deploy them as you please. 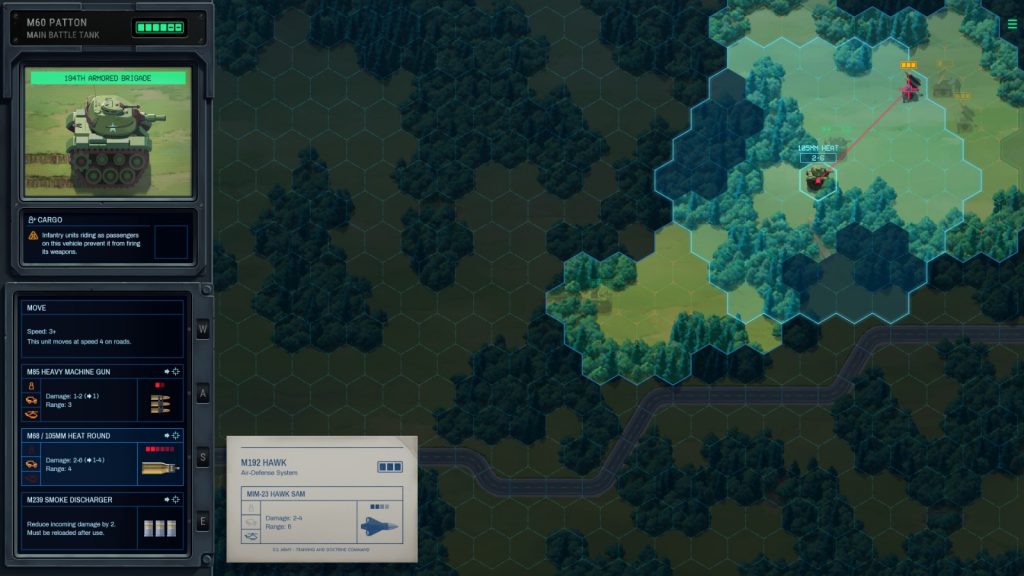 I promise that I’m not posting different pictures of the same level.

This game uses something it calls “phases,” which are essentially groups of turns. At the beginning of each phase, you’re (normally) given points that you can use to deploy new units—which you must use that turn—and have to work with what you’ve got until the next phase. This in itself isn’t all that bad. Had a different approach been taken, the consistent reliance on a skeleton crew of an army could have opened up the door for some masterfully creative strategies. But it didn’t.

Rather than picking and choosing units carefully, I soon found out that deploying the maximum amount of tanks was the answer to most of the problems that Möbius Front ’83 passed along my way. This was largely thanks to how the game’s AI works. Now, I like a challenge, and I don’t mind getting roughed up by my opponent from time to time. But the fact that the AI always seemed to know what units I was using and how far to stay away before I assumed they could even see me wasn’t my favorite thing ever. And, this, compiled on top of the game’s decision to only let a handful of units both move and attack at the same time (as opposed to it being one or the other), created many, many frustrating situations, including some where I had to reset the level because all the AI would do is run away from me. Points for that being a first, though, I guess.

If games like Tiny Metal and Wargroove are a step away from Advance Wars, then Möbius Front ’83 is a step away from those two. It’s fine in that it’s functional and (mostly) competent, but there are, for lack of a better term, better tactical war games out there. As cheap and easily accessible as this game is, you’re not going to be hurting yourself if you get it. It’s fun in its own way, and the extras that it offers—like mini-games and actual US Military documents and literature (yes, really)—are honestly pretty cool. However, as a tactical war game, it’s not going to be coming out on top any time soon.

Full disclosure: This review is based on a copy of Möbius Front ’83 provided by the publisher. 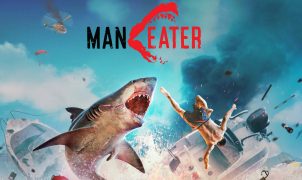 Back Into the Deep   Before we rip into the juicy meat of this Maneater review, allow me to briefly reminisce on my history with this strange and wonderful…