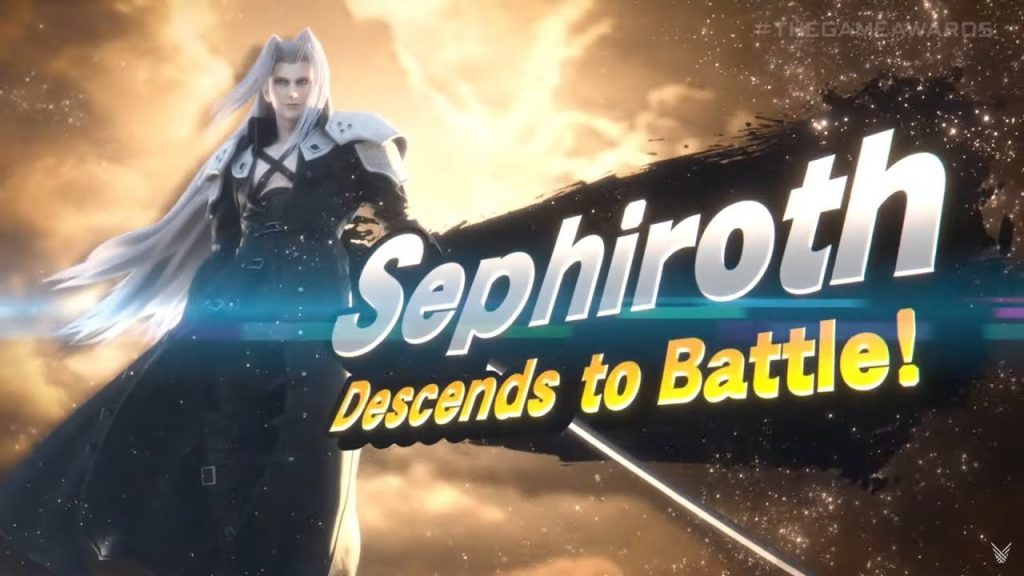 Well guys, I won’t lie. I wasn’t planning on doing another article today. But Smash Bros. Ultimate keeps dragging me back in. And honestly, I’m quite excited about the addition of Sephiroth to the roster. He’s heralding Challenger Pack 8. That will cost you $5.99, but there’s a lot more included to make it worth your while. Besides the silver-haired villain, as usual we’re getting some bonus content. Granted, this will cost you a little extra, but at only $0.75 each, I think it’s worthwhile. Specifically, once Pack 8 is out, the following costumes arrive – Aerith, Tifa, Barret and Chocobo Hat. But there’s another that’s not part of FF VII that everybody should be excited for – Geno! Yes, the character long requested to join Smash Bros. Ultimate from Super Mario RPG is here… kinda. But it’s better than nothing. Oh and for those of you fixated on minutiae, the FF VII costumes won’t have preset hairstyles. So you can make them all as funky as you wish. 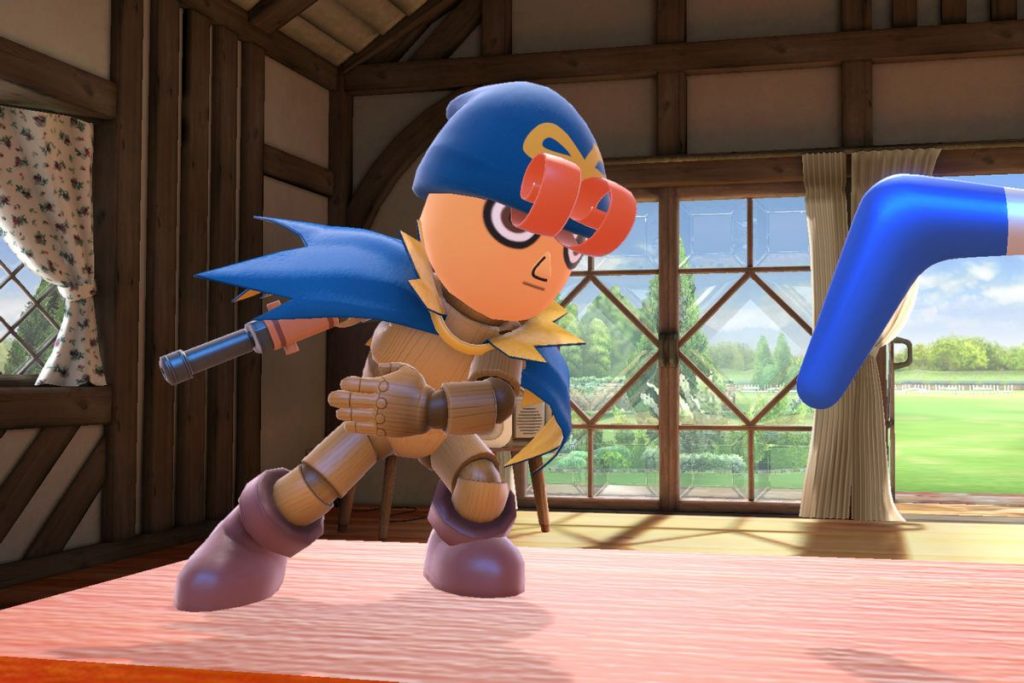 But let’s be honest. You’re reading this cause you want to know more about how Sephiroth plays. Sakurai first talked about the history and significance of the character, who wields the fearsome Masamune. As we all expected, Sephiroth has insane range but is also very tall, making him easy to hit. More surprising is that he’s a lighter class of character, so he’s easy to launch. Oh and those of you who love husbando will be happy that he has a shirtless variation. All his other costumes are color variants. And he also only has Japanese voice acting, which is totally fine. I’d be weirded out if he suddenly had an Australian or British accent.

A unique aspect of the character is that when Sephiroth is in danger he automatically goes into Winged Form. He doesn’t just transition into this form when at low health. Other factors can influence it, such as being at a stock disadvantage, which makes it appear quicker. Winged Form marginally boosts his speed and strength. More impressive, it provides an additional aerial jump, giving him three jumps total. What’s amazing is that it provides Super Armor to all of Sephiroth’s Smash attacks. That said, Sakurai emphasized that the armor doesn’t block damage. And once KO’ed you lose the wing abilities, but you also lose it when you KO an opponent. 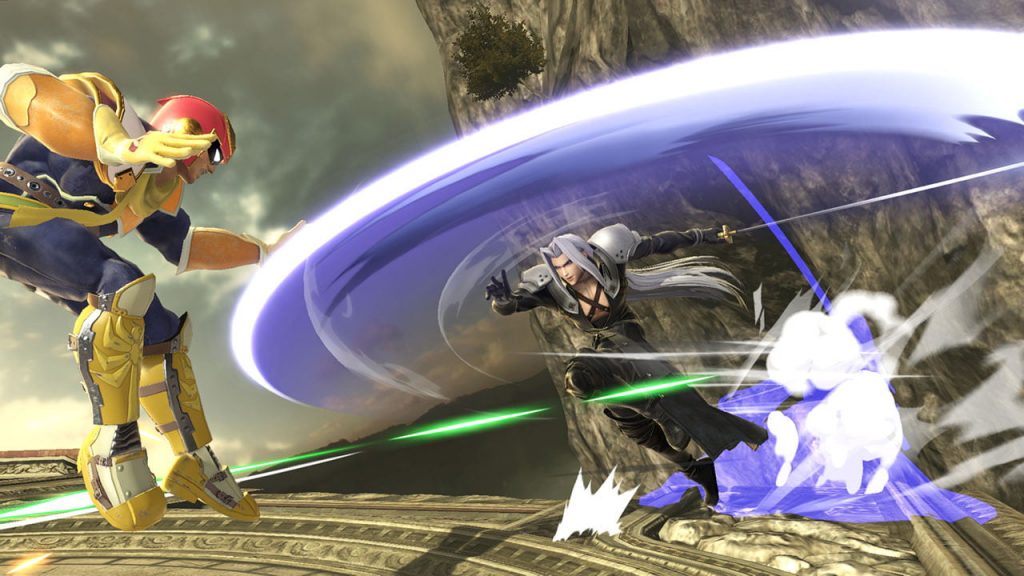 Like Marth, Sephiroth’s sword has a sweet spot where it does the most damage. For slash attacks it’s located somewhere above the middle of the blade. For stab attacks, it’s located near the tip. While I won’t cover all his various attacks, I’m gonna spend a little time talking over the more important stuff. Sephiroth’s neutral is his fastest attack. You can aim his side tilt to slash up or down, and it has crazy range. His up tilt is a brutal stab with good hit detection, whereas his down tilt is a nifty slide.

All his Smash attacks are powerful but fragile. His side smash is a powerful sword cut, however you’re very open while using it, especially to counters. The up smash is an umbrella slash above his head, which even hits foes on the ground. His down smash has him stab downwards and launch debris, which is especially good at breaking shields. Especially cool is his forward air, which can help him recover by stabbing into the stage itself. And of course, his back air is incredibly powerful. Sakurai said it’s important to use forward and back air slightly above the ground by jumping or hopping, otherwise they often won’t connect. For down air, Sephiroth does a dive called Hell’s Gate. And because his Masamune is so long, it can pierce through platforms below him. It’s also a very dangerous Meteor attack that requires solid footing, otherwise you’ll go down with your opponent.

Sephiroth has some very sneaky throws, including one that teleports your foe. Many of these set up combos very well. But we’re not here for swordsman combos. We’re here for his specials, and they don’t disappoint. His neutral special can work 3 different ways, depending on how long you charge it. A quick charge is Flare; more of a charge is Megaflare, which has less range but more power; and full charge is Gigaflare, which is super dangerous. You can cancel out of Flare by shielding but can’t store a Flare charge. It also can’t be used in midair. Though Flare can be absorbed, it doesn’t provide much health to Ness or Lucas, though it can be reflected easily. The side special is Shadow Flare, which has a very narrow range, and can also be charged, but doesn’t seem that powerful. At least at first. Sephiroth snaps his fingers and a small beam goes forwards. But when it connects with a foe, it circles around them and later homes in to attack. It can include anywhere from 3 to 5 Shadow Flare projectiles. This provides a mind game, since you can grab your opponent when they try and shield them. Shadow Flare can also spread to other foes if they accidentally touch the targeted opponent. And of course, it can be absorbed and reflected, like the other Flare. Villager can even pick it up and throw it back.

For an up special, Sephiroth uses his Blade Dash. This lets him move in a straight line in any angle, similar to Fire Fox. But what makes it interesting is you can also hold this attack to turn it into Octoslash. Not only is it good for KOing foes, it also doesn’t take Sephiroth off the stage when used on the ground. The down special is called Scintilla, which is a counter that looks like a honeycomb. It’s by far his weirdest special. It works even if an opponent’s attack doesn’t connect and gets stronger depending on how much damage is taken. Yet it doesn’t reflect projectiles, only stopping them. Scintilla can also be broken by strong attacks. Lastly, Sephiroth’s Final Smash is Supernova. It has him transform into Safer Sephiroth and summon Meteor. Though this attack isn’t super powerful, it inflicts different status effects on opponents. This makes it a lot more dangerous. 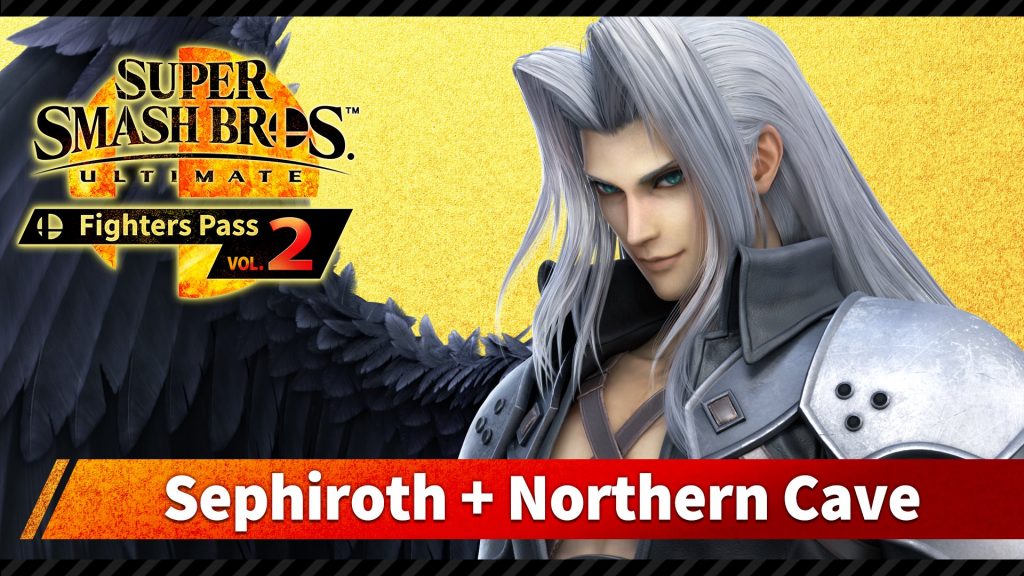 Sephiroth’s stage is called Northern Cave, and it shows off scenes from the end of FF VII. You descend into the heart of the stage, which features some elements from Dissidia. It’s the only stage in Smash Ultimate with such a cinematic flair, though it doesn’t appear to have many hazards. At least as of this presentation. Oh and for you audiophiles out there, Sephiroth comes with 9 songs: Opening – Bombing Mission; Those Who Fight (AC Version); Those Who Fight Further (AC Version); Aerith’s Theme; Main Theme of FF VII; JENOVA; Cosmo Canyon; One-Winged Angel and Advent: One-Winged Angel. Not only are there some new arrangements to these songs, but they’ve also been added to the Midgar stage. Sephiroth is planned to release December 22nd for $5.99, or free if you bought the Fighter Pass Vol. 2. As of this coming update, Cloud is even getting an altered Final Smash for even numbered color variants, called Omnislash Ver. 5. Lastly, Sakurai added the Sephiroth Challenge as a limited event where you fight him as a boss character. If you manage to win, you can get Sephiroth early. 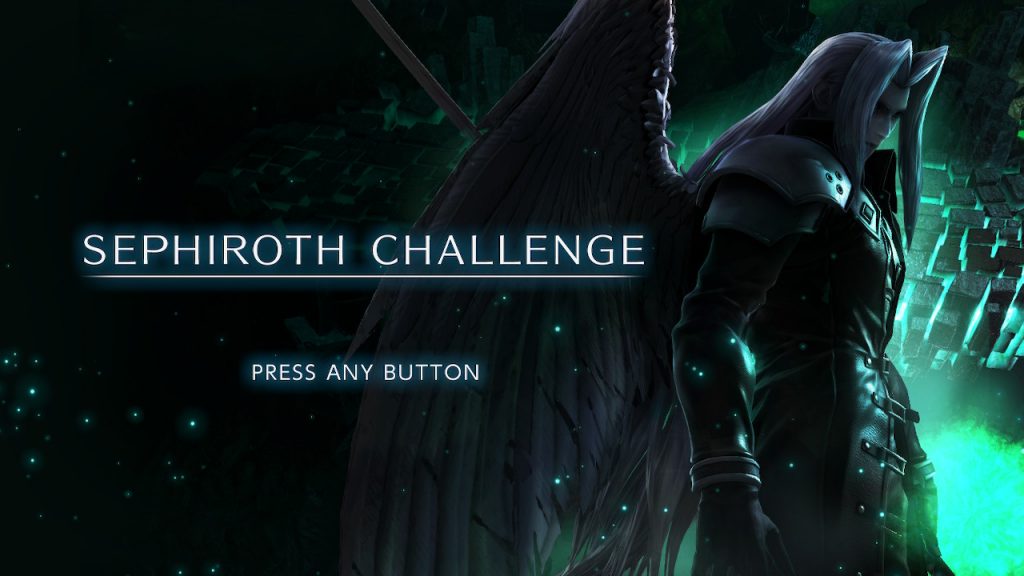 All in all, pretty exciting stuff! It seems Sephiroth is in good hands with Sakurai. Though I’m personally not a huge fan of the many sword wielding characters in Smash Ultimate, I’ll make an exception for such a classic videogame villain. Here’s hoping there’s even more crazy surprises on the horizon for Fighter Pass Vol. 2. 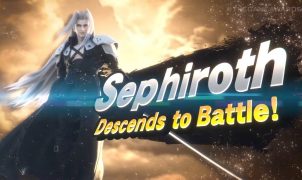