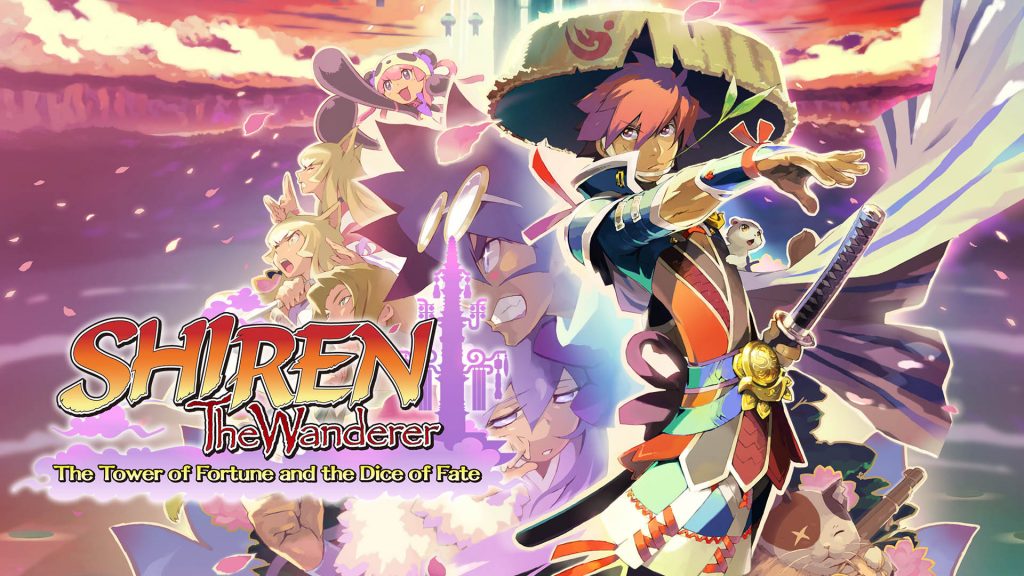 Mystery Dungeon games have been around for a few decades now. And, despite still being incredibly niche, Spike Chunsoft’s own special little genre has not only created plenty of games on its own but has even roped in other companies for some pretty cool crossovers. And it just so happens that it was thanks to one of these crossovers—the Pokémon Mystery Dungeon franchise—that I ended up falling in love with Mystery Dungeon games in the first place. The initial confusion when first discovering Mystery Dungeon games followed by the countless hours of dungeon-crawling fun once everything clicked is something that I’ll always look back on fondly. Naturally, I assumed that I would like Shiren The Wanderer: The Tower of Fortune and the Dice of Fate just as much. Unfortunately, that assumption wasn’t entirely accurate.

It seems as though not all Mystery Dungeon games are created the same. And, ironically, it’s Spike Chunsoft’s own IP, Shiren The Wanderer, that doesn’t quite live up to the expectations set by some of their other titles. Shiren The Wanderer: The Tower of Fortune and the Dice of Fate is a competent Mystery Dungeon game, and I would go so far as to even call it good in some sense. However, basing an entire game around appealing to the hardcore audience can only get you so far (although it’s not always a bad thing), and, while clearing dungeons in this game certainly left me feeling incredibly satisfied with my own abilities, I’d be lying if I said that it didn’t start to wear me down after some time. 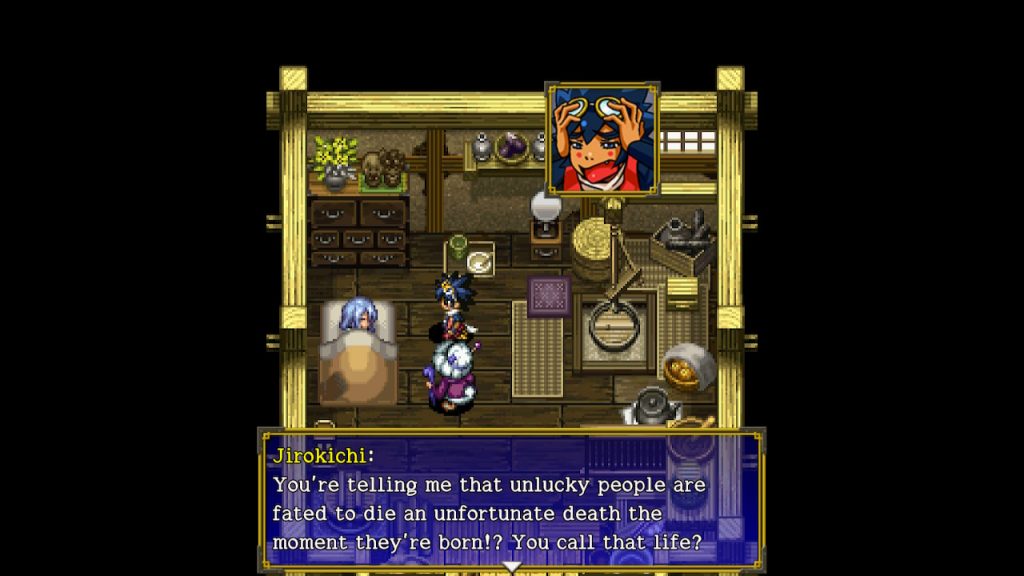 Depending on what viewpoint you’re looking at it from, The Tower of Fortune and the Dice of Fate‘s story is either serious and heartfelt or entirely whimsical (but still pretty heartfelt). Despite Shiren and his talking ferret pal Koppa being the game’s protagonists, the game’s story itself revolves more around a boy named Jirokichi who, after realizing that his childhood friend and love of his life Oyu is about to succumb to a losing battle with her terminal illness, rushes off to the nearby Tower of Fate in order to attempt re-write her destiny. As for why Shiren and Koppa come along… it kind of seems like a combination of liking to help people and not having anything better to do.

I’m a bit divided when it comes to how this game’s story plays out, mostly due to the fact that there really isn’t much going on. On one hand, I could see how someone could wave this away. With such heavy emphasis on dungeon-crawling and a literally endless supply of dungeons through which to crawl, it makes sense that the story might take a backseat to the game itself. On the other hand, I’ve seen firsthand how well Mystery Dungeon games can tell a story. It’s not something that needs to be front and center of a game like this, but I still found myself wishing that this game did more with establishing lore. 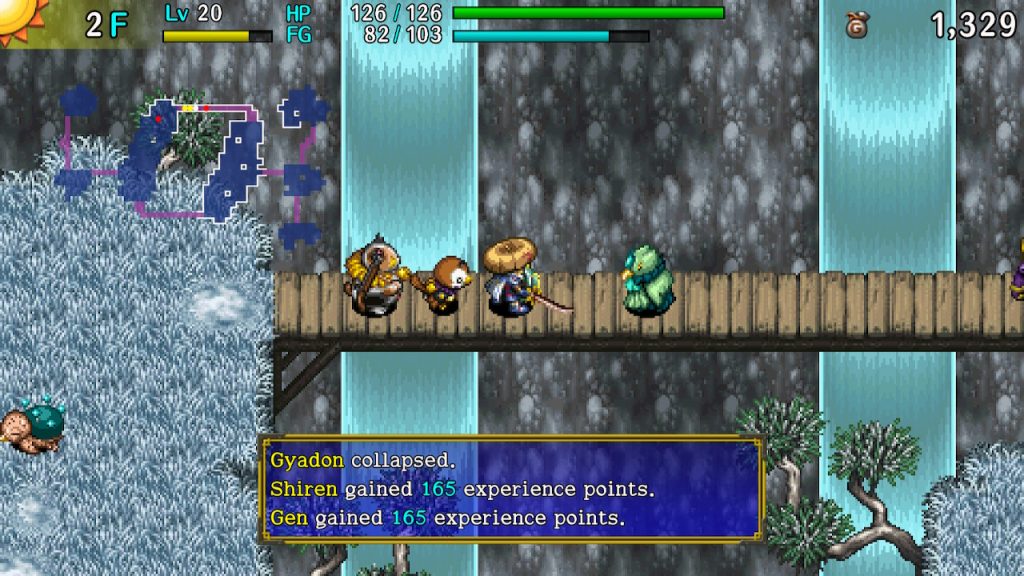 Mystery dungeons have a lot going on at once, but that doesn’t mean that you can’t take your time while exploring!

Seeing as how Mystery Dungeon games have been around for a while by this point I’m sure that most of you are at least marginally familiar with how they work. However, for the uninitiated, allow me to give you a quick run-down. The Tower of Fortune and the Dice of Fate, like all Mystery Dungeon games, is a turn-based dungeon crawler with procedurally generated dungeons. This means that, while each dungeon operates within specific parameters—such as layout possibilities, monsters, and items—no two adventures will be alike. Mystery Dungeons are also rogue-like, meaning that, if you die, you lose everything (including your levels).

Before I get into things too much, I’d like to make something clear about my own experience with the genre. Having grown up exclusively on the PMD franchise, my dungeoneering isn’t quite a hardcore as those who grew up playing titles like Shiren or Torneko. I’m aware of that. However, I promise you that I’m not entirely super-baby-casual when it comes to these games. I’ve gotten through dungeons like PMD‘s Purity Forest and Joyous Tower (both of which play very similarly to this game), and I revel in the challenges that they bring. But there’s just some kind of disconnect when it comes to playing through the dungeons in Shiren. 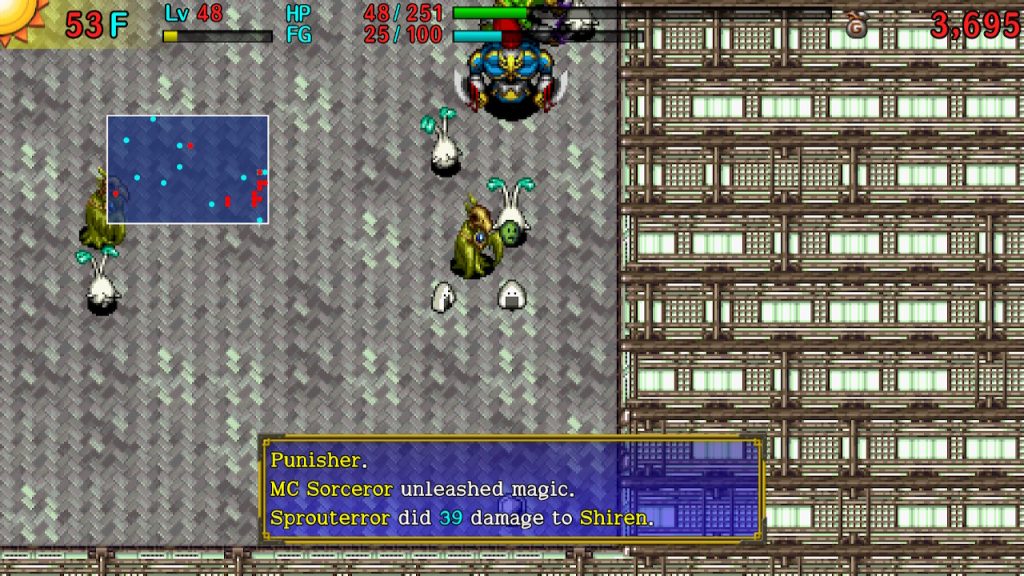 Ah, yes. I’ll do much better now that I’m a ball of rice with eyes.

Shiren The Wanderer games are notorious for their punishing gameplay, and this game is no exception. And, you know what? That’s fine. Yes, I wish that the game would have eased up on the gas a little bit more in the beginning, but things are enjoyable once you gain your bearings. The story mode—which is comprised of four small, interconnected dungeons—provided a very “trial-and-error” kind of journey and was just difficult enough to make me feel like I actually accomplished something when I struck down the final boss—but that’s basically where all of that ends.

What I really wanted out of Shiren was something more akin to what PMD gave players—more concentrated dungeoneering. And, no, I’m not talking about beginner-level dungeons; I’m talking about those pleasing middle-ground dungeons spanning about 50 or so floors that provide a good challenge while also making sure that the player can adequately prepare. This game doesn’t really have any of that. 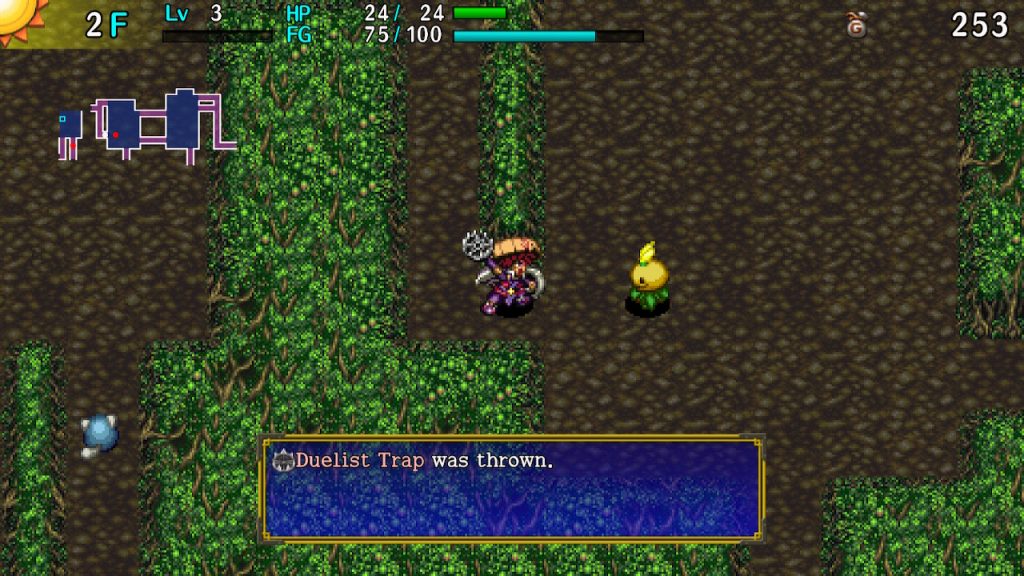 Why set a trap when I can just hurl it straight at the monster?

The Tower of Fortune and the Dice of Fate actually has a decent number of dungeons for the player to explore outside of the cluster of four related to the story, with the Switch version adding in even more than previous versions. Unfortunately, the game also decides that every single one of these dungeons needs to be cranked up to 11. While some of them are fairly short in the beginning, most dungeons don’t reward the player with much outside of a longer version of what they beat. Because of this, not only are you forced to beat the same dungeon multiple times but are also forced to go through excessively stretched out versions of each of them. Like I said, 99-floor dungeons are 100% A-OK in my book; I just don’t want everything to take me half a day to get through.

I also have yet to mention the other thing about the game’s extra dungeons; their gimmicks. Every single dungeon save the story-related ones have some kind of weirdness going on with them. To be fair, some of them are a lot of fun; I really enjoyed the one where you had to keep collecting money to be able to fight, and dungeons that force you to fight by using traps and/or arrows and rocks are tricky-yet-enjoyable. Most of the dungeons didn’t seem to have things like fairness in mind, though, ultimately resulting in what felt like little more than a lesson in futility. 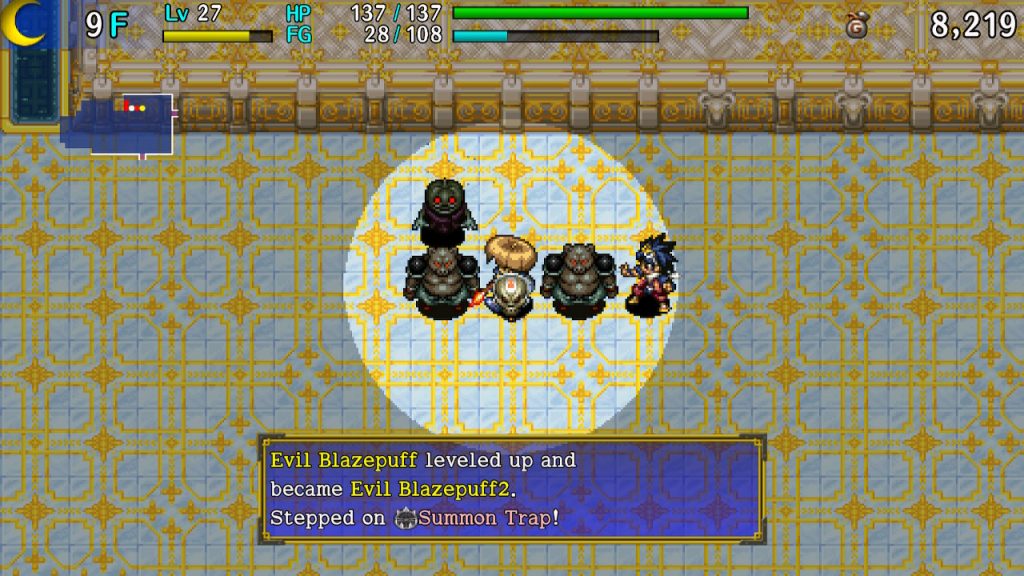 Last, but certainly not least, is this game’s day/night cycle. On the surface level, it works exactly like you’d expect—the setting of the sun means stronger monsters and reduced visibility. That’s fine on its own, but, again, this game felt the need to take things to extremes. Nighttime baddies aren’t just a little bit stronger; they’re borderline invincible. No character in the game aside from the shotgun-wielding (literal) fat cat, Gen, is capable of doing more than 1 damage to them with a normal attack. Fortunately, the game gives you special abilities to help you out. But, of course, there are some caveats with these—and they’re anything but minor.

Abilities kind of feel like a mess. You only get 8 ability slots, with each slotted ability only being able to be used once per floor unless you have an appropriate recovery item. Not only is this frustrating because it makes dealing with the things that go bump in the night an extremely difficult task, but the fact that you couldn’t use them during the day drove me bonkers. Seriously, there are so many different abilities, but my needing to focus on not getting one-shotted by the myriad of pumpkin-headed ghosts and tigers with concerning amounts of upper-am strength skulking about means that I’m only going to be using about two or three of them and ignore the rest entirely. I don’t know why this game created such a fun and unique mechanic only to not allow players to use it a majority of the time, but it’s something that frustrated me to the very end.

Shiren The Wanderer: The Tower of Fortune and the Dice of Fate isn’t a bad game, but the fact that there exist other Mystery Dungeon, more enjoyable (in my opinion, anyway), games made by the same developer certainly works against it. If you enjoy brutally difficult dungeon-crawlers that offer a selection of extremely lengthy dungeons that pull no punches, then, by all means, this game is for you. However, for those wanting something more varied, I might suggest some of Spike Chunsoft’s other Mystery Dungeon titles.

Full disclosure: This review is based on a copy of Shiren The Wanderer: The Tower of Fortune and the Dice of Fate provided by the publisher. 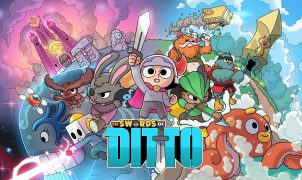