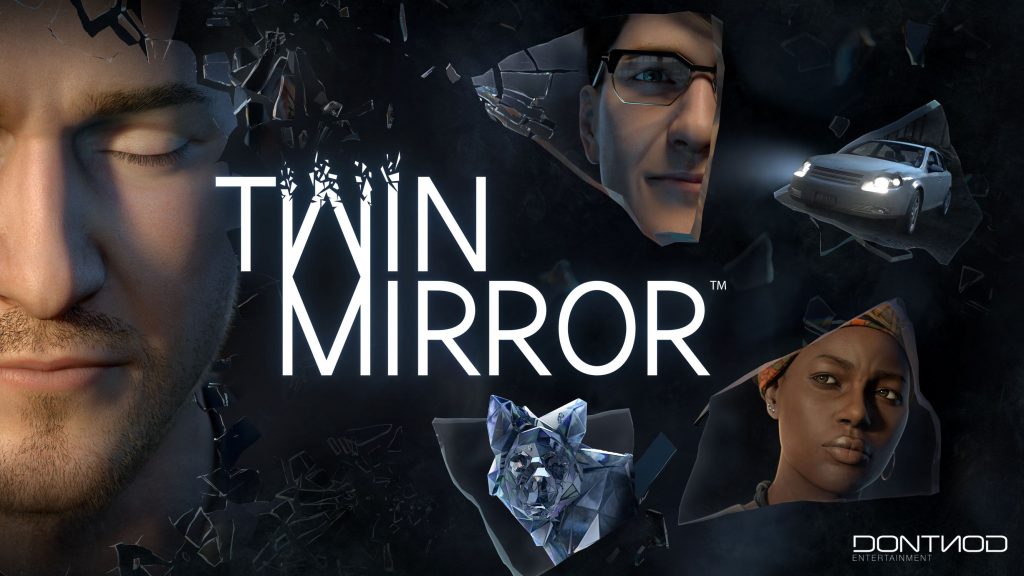 Twin Mirror is a game you can absolutely finish in less than ten hours. And given the defacto ‘Happy Ending’ most players will likely attain (where you always tell the truth and do the morally decent thing), it would initially seem like Twin Mirror is an underwhelming game. But it wasn’t until my second playthrough when I started to see just how much the game’s story options could branch that I started to realize the beauty of what Twin Mirror achieves. How it skillfully pulls off a series of vastly different conclusions based on your decisions, allowing you to see just how multifaceted ‘the truth’, harsh or beautiful as it may be, truly is.

From the makers of Vampyr, Life Is Strange, and Tell Me Why comes Twin Mirror, the first self-published game developed by French gaming studio DONTNOD Entertainment. Released on  December 1st, Twin Mirror is a mystery adventure that follows the journey of Sam Higgins. An investigative journalist who is reluctantly called to return to his hometown of Basswood, West Virginia after the mysterious death of his best friend, Nick. Hated by the townsfolk for an article he’d written that caused their beloved coal mines to shut down years ago, Sam begins to question the circumstances surrounding Nick’s death as he stumbles upon several tragic and dramatic truths about the town. All for a genuinely well rounded story where your actions, and most importantly the truth that you choose to accept, actually make a world of difference in your gameplay. We break it down in our full Twin Mirror review as to how and why. 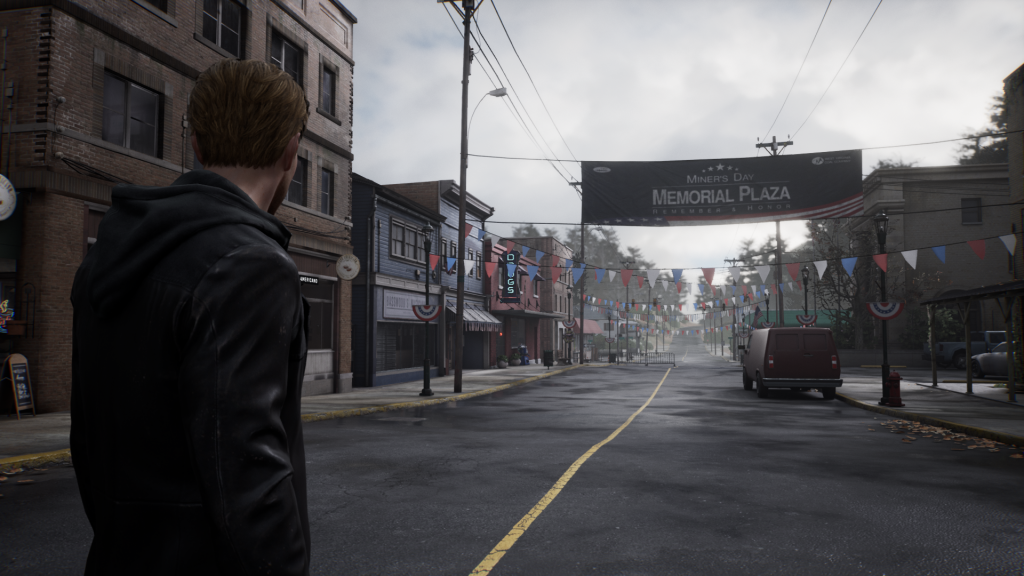 I really like all of the characters in this game as there’s just the right amount of subtlety where it doesn’t feel too exposition-filled nor does it treat the player as stupid. More than anything, I really liked Sam, the small town journalist conflicted about doing the right thing. And it’s not so much what Sam does that makes him a sympathetic character, as much as it is what’s already happened to him. A man who has lost everything in pursuit of truth, Sam was the whistleblower whose article shut down the town’s coal mines two years ago. An endeavor whose pursuit of justice (for his then girlfriend’s now crippled father) led to him becoming the most hated person in town. Without its mines Basswood became a ghost town. A mere shade of its former glory. Enough for the seeds of shady dealings to take root, which Sam in turn can’t help but try to unearth. Though what he actually does with these revelations is entirely up to you.

As a fellow journalist and as someone who has traveled across the US (especially the midwest), I was taken aback by how accurately portrayed the setting and situations felt in this game. Things like rising unemployment in what are now ghost towns, the decline of blue-collar work (like coal miners), and the rise of the opioid crisis. All of these are real issues in these types of midwestern towns that have gotten pretty out of hand. Still, what would a good protagonist be without his foil? And in this case, oddly enough it’s Sam’s conscientious doppelganger/double that often serves as sort of a Jimminy Cricket role. One that overlooks and slyly comments on Sam’s actions.

What’s So Special About Sam? 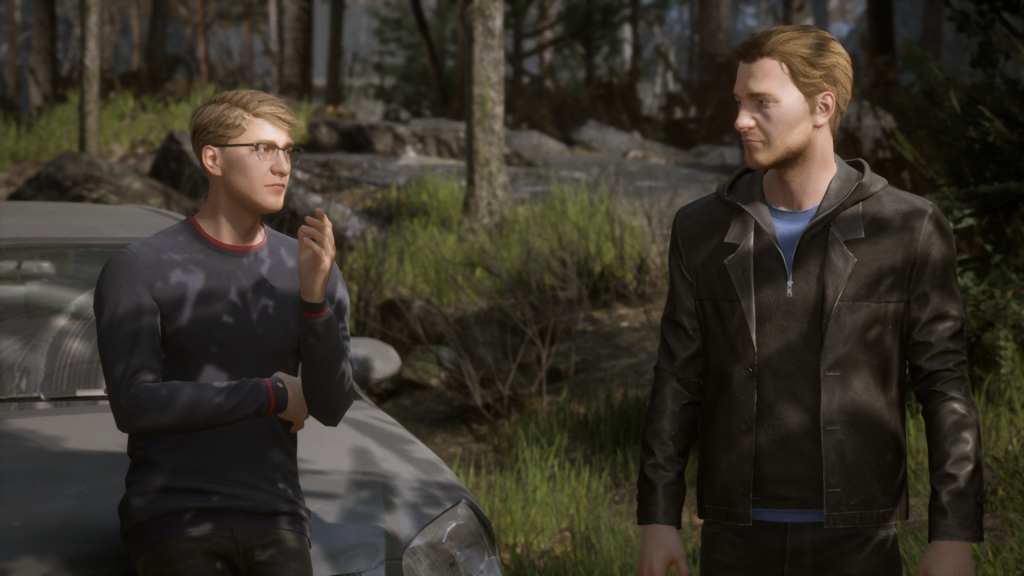 Like many DONTNOD games, Twin Mirror features a protagonist with a supernatural ability, which in this case is Samuel Higgins and his Mind Palace. The Mind Palace is a crystalized recess in Sam’s mind where time basically stops and every honest truth and memory is revealed. It’s a place free of judgment, where Sam, as well as ourselves, can see universal truth crystal clearly. It’s also a very unique take on a detective mode, as Sam’s analyses form a type of photographic memory that allows him to uniquely perceive and analyze objective reality.  But it’s also blatantly obvious that much of this ‘palace’ is an escape for a socially awkward and highly anxious misanthrope. And the more traumatic truths become revealed in Sam’s journey for answers in the game, the more his Mind Palace starts to shatter.

Thankfully, Sam is not alone in this palace or on his journey. Because within Sam’s crystallized and obsessively categorical mind lives his imaginary friend, a person whom the game calls his Double. It is a projection of Sam’s best possible self, who also serves as his moral compass as mentioned before. And though the game is slightly designed to make us initially reluctant to trust him, one of the refreshing things about this game is how this doppelganger is nothing but supportive. A friend that simply wants Sam to become the more sociable and loving person he knows he can be. Which is why a lot of the game’s premise is seeing Sam debate with his double over making the right decision. As the pursuit of the truth often comes at the cost to one’s self and well-being, something which Sam already knows all too well.

Without major spoilers, a lot of the actions between Sam and his Double have a major effect on the game’s multiple endings. It all plays on a recurring theme. The choice between a happy life accepting subjective reality, which in turn, leads to a life of fulfillment filled with the love of others; or embracing objective reality, a world of truth, fact, and the horrible ugliness that comes with the ugly truths about human nature. In fact, it wasn’t until my second and third playthroughs where I realized just how many details you can miss by choosing to be ‘happily ever after’. Because depending on what you decide, Sam can either become a very well adjusted or miserable person. And which truth Sam chooses to accept will determine just how much he was willing to learn and deduce about the town. I can’t stress enough that this game has some definite replayability, as every ending outcome determines both Sam’s and the town’s future.

But Much like Sam’s Parking Jobs, This Game is Not Without Flaws 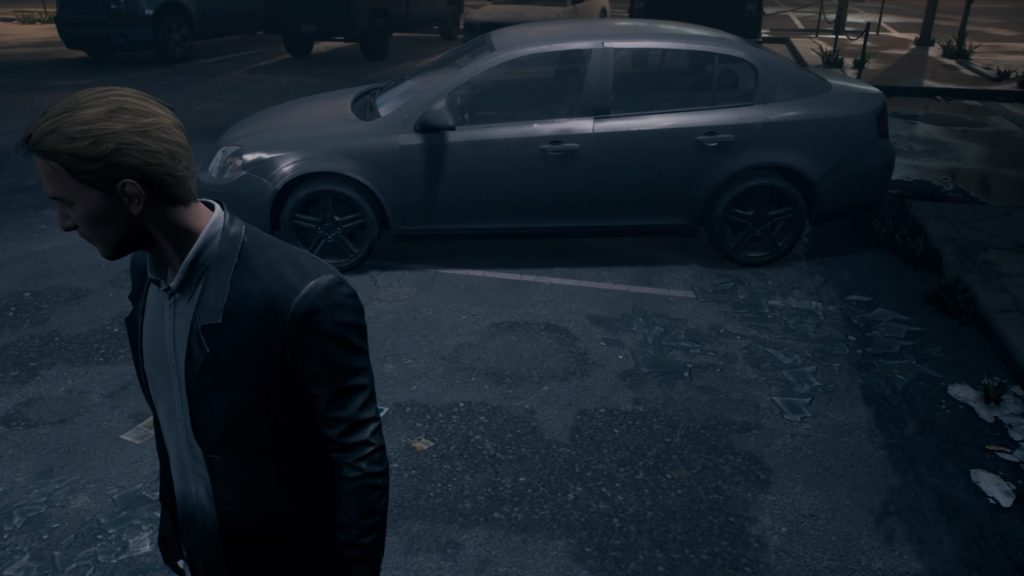 Unfortunately, for what I think is a really intriguing story, the game does have its own share of design flaws. The lip sync is slightly off and the dialogue can oftentimes feel strangely too on the nose. Especially for Joan, a child who’s a little too well spoken. There were also a few minor visual glitches, avatars that weren’t fully there, and objects not showing up properly. There were even some minor echoing effects during dialogue throughout the game, all of which can be easily patched in an update later. Still, the glitches weren’t at all game breaking and for the most part, the details of this quaint West Virginian town were all very on point. I also really liked how genuine the NPCs felt, especially Anna’s father Joe, and some of the local storeowners downtown. As someone who’s traveled across middle American towns, I thought everything was very truthfully depicted. 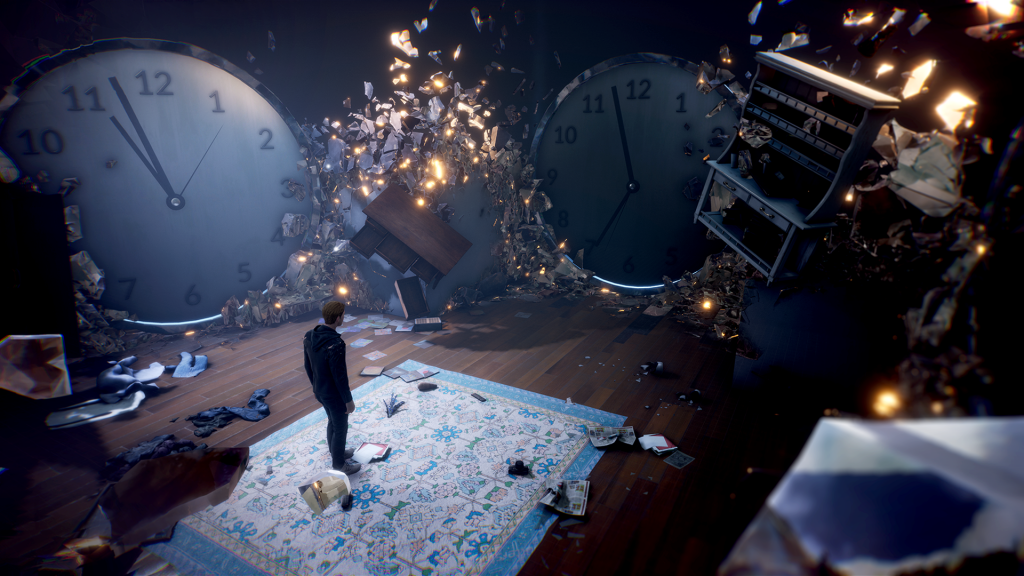 Perhaps the best feature of the game are the unique mechanics regarding Sam’s Mind Palace. A place where the game gets to be both creative, but also super creepy. As I mentioned, the more Sam unravels the mystery behind the town, the more his alternative reality begins to break apart due to the guilty weight he feels regarding some of his actions. And while visually this Mind palace is an amazingly sharp and beautiful crystallized city of memories, it also helped play to game’s strengths by highlighting some of its streamlined menus and user interfaces. Something which I think DONTNOD doesn’t get enough credit for in their games. Because the Mind Palace opens up the door for collectible mementos and collectible memories, including journal entries that really layer the overall story.

As for its mechanics, the Mind Palace puzzles are a fun reality-breaking event where you have to break down events and deduce what you think might have happened. Using clues gathered from the real world, you will tie these facts together to see how things could have played out. All of which is played out in Sam’s mind. Though fair warning, some of the plot related Mind Palace conflicts are timed and your decisions can heavily affect your ending. Especially in regards to the game’s final chapter.

A Game That’s Worth Replaying

It might not be as groundbreaking as some of DONTNOD Entertainment’s other games, but Twin Mirror really holds up as a replayable adventure. Its Mind Palace mechanics are a lot of fun and each ending was a delightful revelation that made me question my own sense of truth. Overall, the game is an excellent addition to this company’s library of high-quality narrative-driven games. My only complaint is that it’s a tad steep in price for its length, so I’d probably wait for a sale.