The Slow and the Soothing 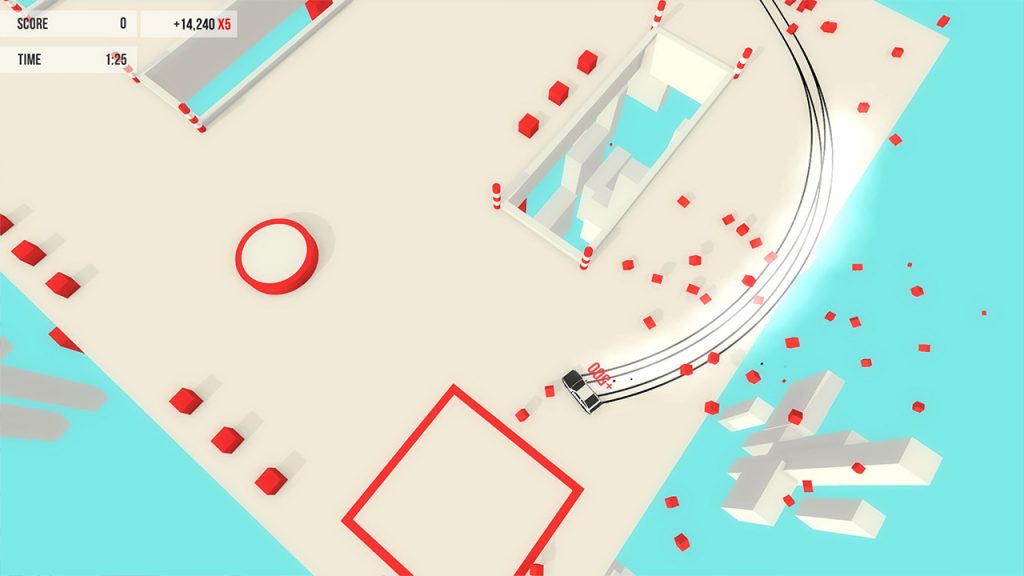 While driving games aren’t my strongest suit, chill games absolutely are. And when they have a minimalist aesthetic to them? Sign me up. So nabbing Absolute Drift: Zen Edition when it came into the review inbox seemed like a no-brainer. After all, it’s not like a traditional racing or driving game, so maybe it’ll play differently and I’ll like it, right? Right. Riiiiiight.

Developed and self-published by Funselektor Labs, Absolute Drift: Zen Edition was originally released back in 2016 on PS4 and PC, on XBox One a year later, and on PS5 and Nintendo Switch this year. Although Absolute Drift: Zen Edition is a little on the older side, it’s definitely not showing its age, feeling as fresh and new as it did four years ago. And for only $11.99, it’s a reasonably priced little gem that will absolutely give you a run for your money. 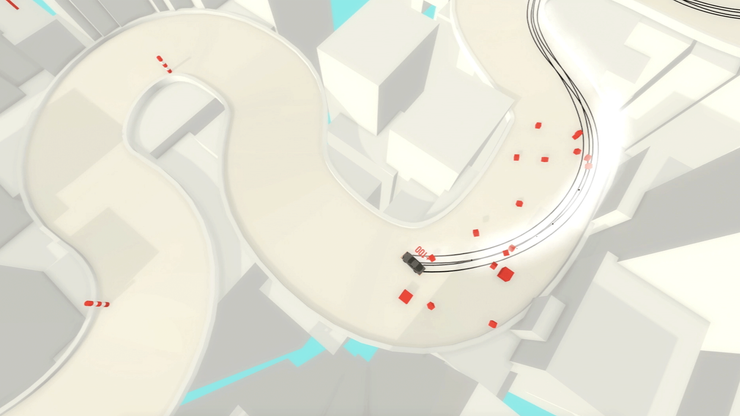 Absolute Drift: Zen Edition is not only minimalist in its aesthetics but in its approach to story — you drift, therefore you are. It’s strongly recommended to play the free roam area first before getting into any challenges, as this is where mechanics mastery takes place. If you’re like me and don’t play drifting games very often, let along racing games, the free roam area is going to be where you spend a great deal of time upfront learning all the twists and turns involved in drifting.

Hearing that Absolute Drift: Zen Edition originally released on PC boggles my mind, because I can’t possibly imagine playing this on a mouse and keyboard. I won’t lie to you, this was a somewhat frustrating experience for novice to the genre but I’d be hesitant to chalk up that frustration to the controls, which were fairly smooth on the Switch. In fact, I found the joy-cons to be a decent enough experience, a pro-controller not necessarily a requirement. Absolute Drift: Zen Edition is not a game about speed or competition but patience, precision, and persistence, so if you’re not okay with doing the same thing over and over again, this might not be the game for you. 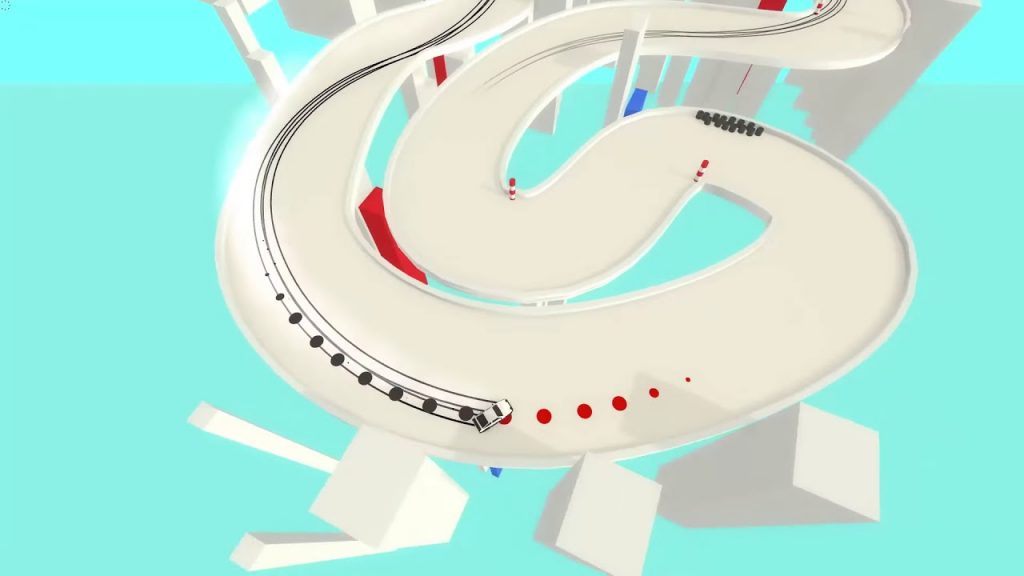 Although Absolute Drift: Zen Edition is a driving game, it’s not a competitive one — this title is single-player only. Although some people might wish to drift alongside friends while racing to the finish line, I strongly preferred the calming, zoned-out feeling I got while drifting down massively unsafe freeways. It’s funny to use words like “chill” and “relaxing” to describe a driving game, a genre which has been proven to bring out more agitation and aggression in gamers than violent FPS titles, but Absolute Drift: Zen Edition has proven it can be done.

While there’s certainly a lot to love about Absolute Drift: Zen Edition, my favorite aspect has to be the music. This is one gloriously soothing soundtrack! Back when commutes were a thing, I used to drive 90 minutes to work and 90 minutes back, zoning out most of the time to chill music. When the drifting got good, I was able to recapture that zoned-out feeling that I legitimately enjoyed as part of a normal work day… 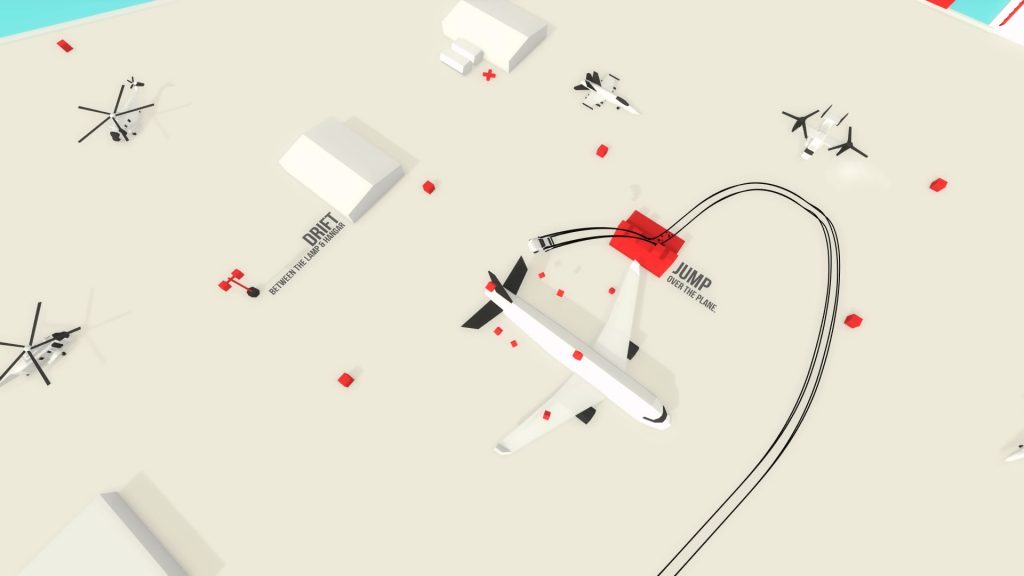 …but that is, of course, when the drifting actually got good. Again, I’m hesitant to blame the controls, but at the same time, I struggled to learn the overall drifting mechanic and barely felt rewarded when I performed drifts properly. Don’t get me wrong, I did eventually enjoy my time with Absolute Drift: Zen Edition, but it took a lot longer than 30 minutes for me to figure out the skills and goals but also how I was supposed to interact with objects in the environment.

It’s like this — Absolute Drift: Zen Edition is undeniably a good game, but I can’t say it’s for everyone. It’s a bit like baseball vs. golf — one is all about hitting that ball as hard as you can and running like the devil’s after you, whereas the other is all about keeping track of things like terrain, wind speed, and 42 different clubs while you plan your varying strategies. Sure Absolute Drift: Zen Edition is a driving game, but it’s the golf of driving games; if you’re more of a batting cages kinda player like I am, this one might be more of a swing and a miss, no matter how pretty it is (and it is pretty). However, if you’re more of a golfer, this is absolutely a hole in one — it just depends on which stick you like to use to whack a few balls, really (that’s a sentence I wrote and I’m sticking to it).

If I sounded harsh on Absolute Drift: Zen Edition, I don’t mean to be. So much deserved praise has been heaped on this super chill, super minimalist game that is certainly worth the price of admission, so if this sounds like your cup of green tea, please grab it on any platform with a controller that suits your fancy. If you like chill games but don’t typically make the trip into the driving genre, watch a few let’s plays first before starting your engines. Either way, this has been a uniquely smooth ride my eyes and ears won’t forget any time soon.

Editor’s note: This review is based on a copy of Absolute Drift: Zen Edition provided by the publisher. 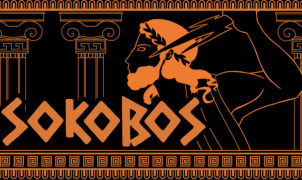 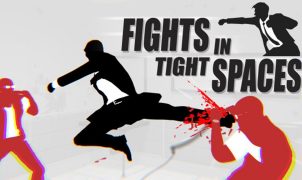 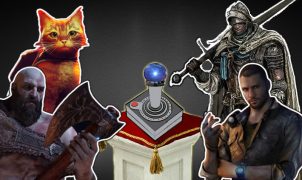