Not Quite My Spirit Animal 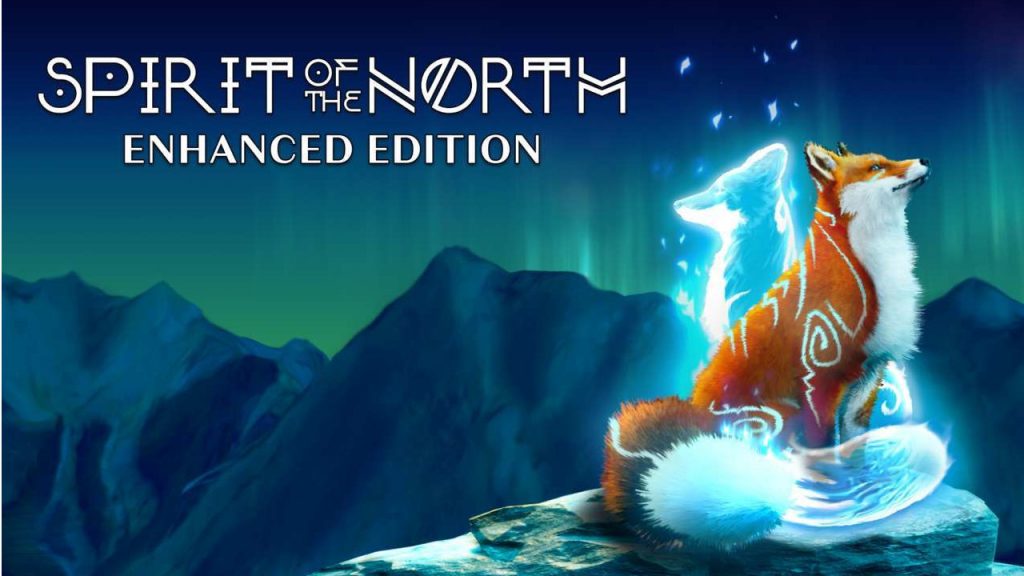 It’s been just over a year since Spirit of the North scampered onto consoles and PC, allowing players to take control of a lone fox as he explores the snow-swept expanse of a stylized Icelandic wilderness. Now, North Carolina-based indie developer Infuse Studio has spit-shined and polished it for the PlayStation 5 with Spirit of the North: Enhanced Edition. However, while this 4K 60fps update certainly makes the game’s frozen caverns and rolling tundras prettier than ever, its repetitive gameplay and frequent bugs keep it from reaching the heights of the other minimalist adventures such as ABZÛ and Journey, from which it takes its inspiration. 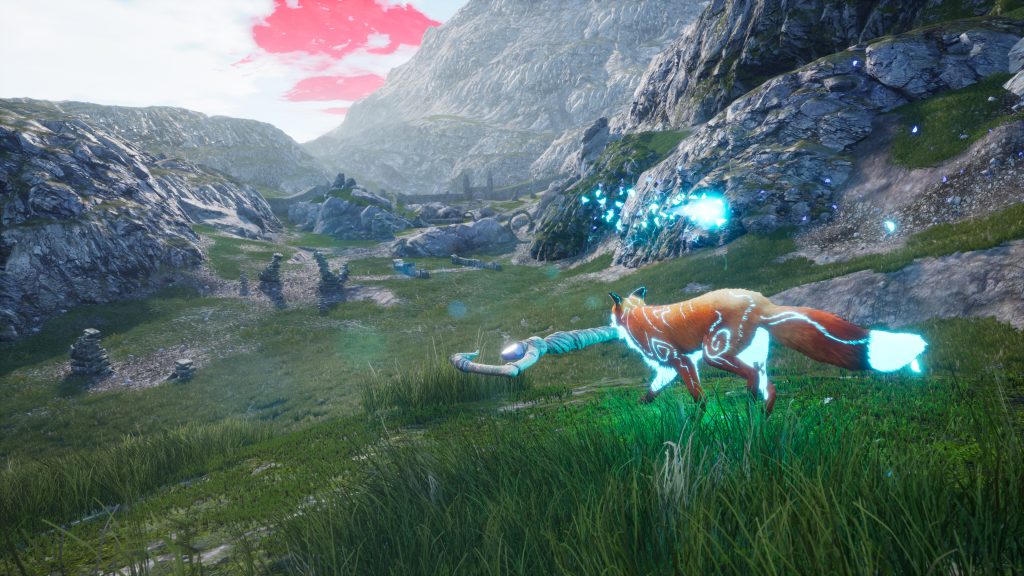 Spirit of the North doesn’t waste any time with introductions or hand-holding. Right from the jump, you’re in control of your intrepid red fox and free to roam the snowy landscape as you make your way to an ominous mountain in the distance. At first, you aren’t able to do much more than bark, jump, and pick up ancient staves you’ll find on the ground, which you can return to the mummified remains of long-dead shamans to open new pathways.

It doesn’t take long before you encounter the spirit of a female fox who grants you the power to absorb light from strange flowers that grow around each area. Once absorbed, this light can be used to do things like activating glyphs that power ancient machinery, assume a spectral form to pass through certain obstacles, and even unleash a mighty spirit bark that can destroy a dark corruption contaminating some areas.

On paper, this sounds pretty cool, right? Well, it would be. However, it’s how the game implements these powers that’s perhaps the most frustrating thing about Spirit of the North: Enhanced Edition. For example, let’s say you want to activate a glyph that’s blocked by corruption. First, you’ll need to find a flower and absorb its power. Next, you’ll have to make your way to the strange growth and destroy it with your spirit bark. Now that you’ve used the bark, you’re fresh out of juice and need to return to the flowers you just came from to consume their energy before you can return to the glyph that you were just at to activate it finally. Like backtracking? You’ll love this! However, if you’re like me and value your time, you’ll likely find it pretty insufferable. 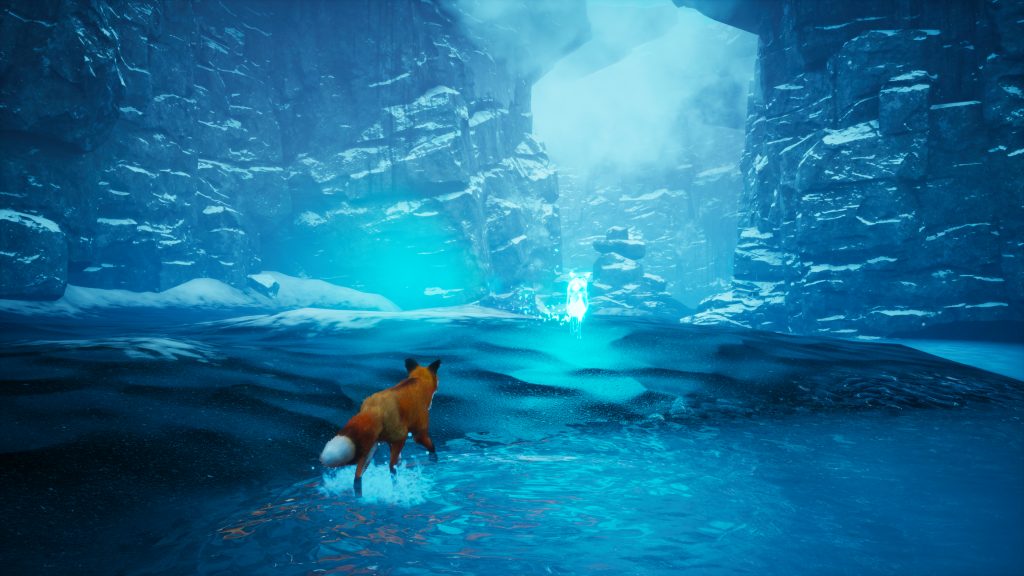 This is the basic beat of every puzzle in Spirit of the North. And let me tell you, it’s just as tedious as it sounds. Of course, I could forgive the game for this if the puzzles were at least compelling. Sadly, they never really get more ambitious than using your power to activate mechanisms to open your way to the next area. There are no enemies to battle, no real lore to uncover apart from ancient murals dotted with pictographs and the staves, as mentioned earlier, which litter each locale.

Finding your way through the environments can be a bit maddening as well. There were a handful of times I found myself thinking I’d hit a brick wall only to discover I’d missed a narrow pathway that was nearly invisible in a darkened room. Other times, I managed to get stuck entirely inside a wall or other object in the environment and would need to restart the level.

While this should have resolved the issue, it created an entirely new problem altogether. The review build I was playing had a bug that would revert my progress to the previous stage despite me clearly reaching save points before I was forced to reload my game. This issue happened three times during my five-hour playthrough of Spirit of the North: Enhanced Edition. The worst part is that two of those times, I had to repeat levels where my fox was injured in the story and had to limp his way through the stage slowly. Think Metal Gear Solid 4‘s notorious microwave hallway scene, only with none of the incredible narrative buildup that got you to that point, and you’ll have a good idea of what I’m talking about. 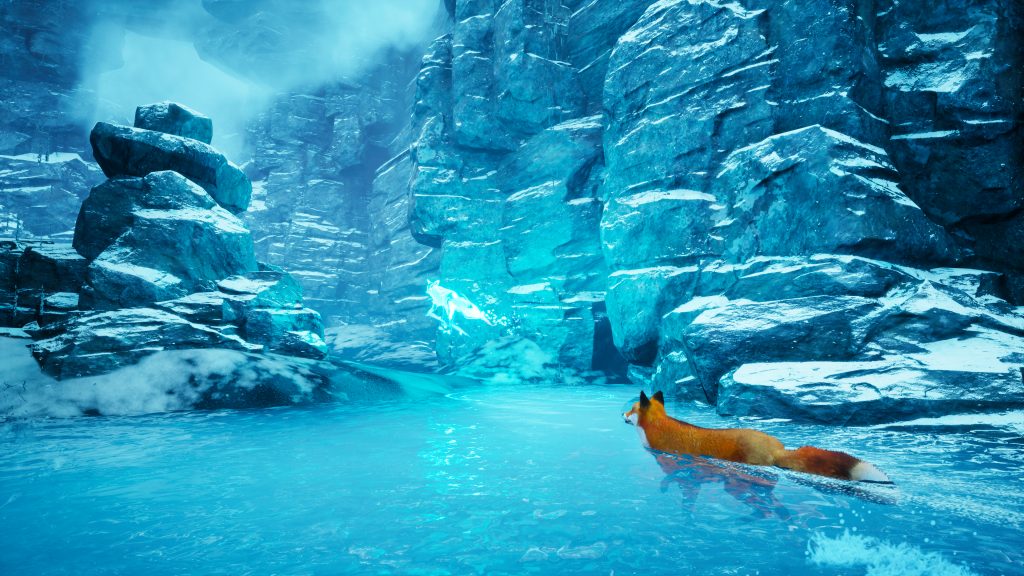 Though Spirit of the North: Enhanced Edition has its share of problems, it’s not all bad. The graphics, while not pushing the PS5 hardware by any means, are gorgeous. Watching my fox frolic through the swaying brush of the tundra at a rock-solid 60fps was awesome. And 4K visuals are razor-sharp, especially compared to the rather muddy look of the Switch version of the original game, making the vibrant environments all the more striking. I loved taking in the snowcapped mountains on the horizon, and the pools of azure water as geysers exploded all around. From an artistic standpoint, it’s a joy to behold. Those who find themselves firmly planted in the “games are art” camp will indeed find plenty to like when it comes to Spirit of the North‘s presentation.

Spirit of the North: Enhanced Edition’s music is also worth noting as it’s easily one of the game’s high points. Composer Joseph Gifford’s compositions are nothing short of breathtaking. The tranquil arrangements and solemn piano melodies convey a sense of mystery and wonder that helps bring the game’s cold, ruined world to life. Seriously, please do yourself a favor and download it right now. I promise you won’t regret it.

When it comes to presentation, Spirit of the North: Enhanced Edition is a treat and a real step up from the other versions of the game. It’s just a shame the visual overhaul doesn’t do much to offset the monotonous gameplay and abundant bugs that plague the experience. I really wish Infuse Studio spent a little more time ironing out the kinks because it would make it easier to recommend the game to more casual players who may not mind the game’s lack of challenge and unimaginative puzzles.  Sadly, at least in its current state, Spirit of the North: Enhanced Edition is a bit like finding yourself trapped in a public bathroom without any toilet paper: it’s a frustrating and lonely situation that you’ll probably want to avoid. 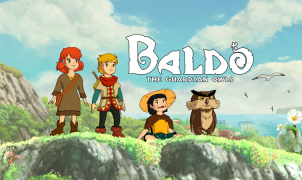