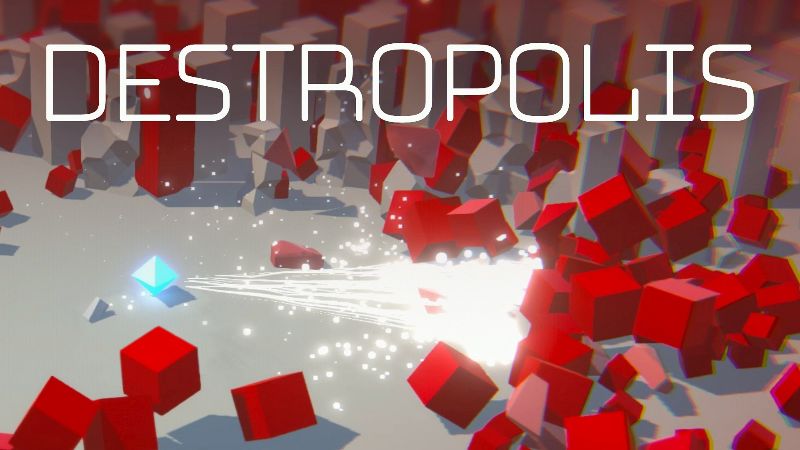 If you tossed Geometry Wars and SUPERHOT into a blender, you’d probably end up with something that looks a bit like Destropolis. Developed by one-man indie dev Igrek Games, this twin-stick shooter puts players in control of a blue diamond in a monochrome city as they battle neverending waves of murderous crimson cubes. Featuring a striking minimalist aesthetic and a satisfying arsenal of punchy weaponry to wield, it’s an addicting score-chaser that’s a little light on content but great fun in short bursts, making it a perfect fit for Nintendo’s hybrid console. 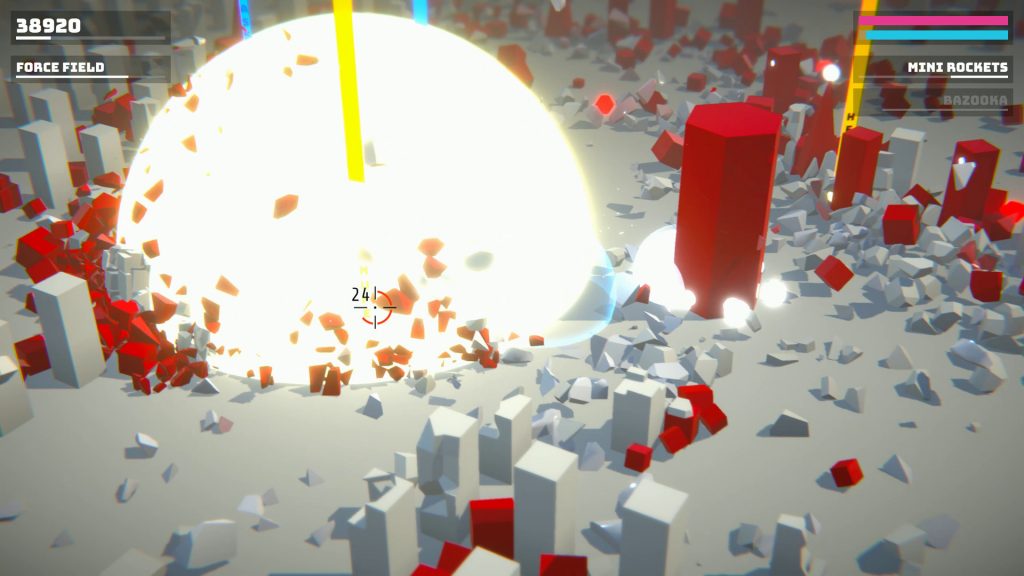 Sure, things look bad, but it’s nothing a tactical nuke can’t fix.

Destropolis is manageable enough at first. Small waves of cubes will march in from all sides of the screen and descend on your position, and you can easily pick them off with your standard pistol. However, it doesn’t take long before the action gets dialed up to a fever pitch as new enemy types appear and murderous monoliths unleash polygon-punishing beams of energy. Luckily, more powerful weapons drop frequently to help give you a fighting chance against these sinister shapes.

There are 15 guns in total in Destropolis. These handy tools of destruction include mini rockets, automatic shotguns, bazookas, assault rifles, and more. Each weapon handles differently, and you’ll need to get a good feel for how quickly they overheat if you want to last long against the legions of ill-tempered geometry. My favorite was the laser, which fires a massive beam of concentrated energy that shatters anything in its path like glass.

In addition to the wide variety of weapons in Destropolis, you can also collect special power-ups. These range from defensive tools like energy shields that can absorb the damage you take to more exciting weaponry like targeted airstrikes, turrets, and even nukes that can level entire city blocks! After all, who doesn’t love a good, old-fashioned 300,000-degree baptism by nuclear fire? I’m not sorry; we had it coming.

As you complete each stage, you’ll be able to choose from a list of perks. These bonuses can do things like reducing your weapons’ cooldown time, increasing your health, or the duration of special abilities like sentry guns and bullet time. I genuinely like this feature, as it adds a welcome dash of roguelike depth to what’s admittedly a fun but very shallow experience. 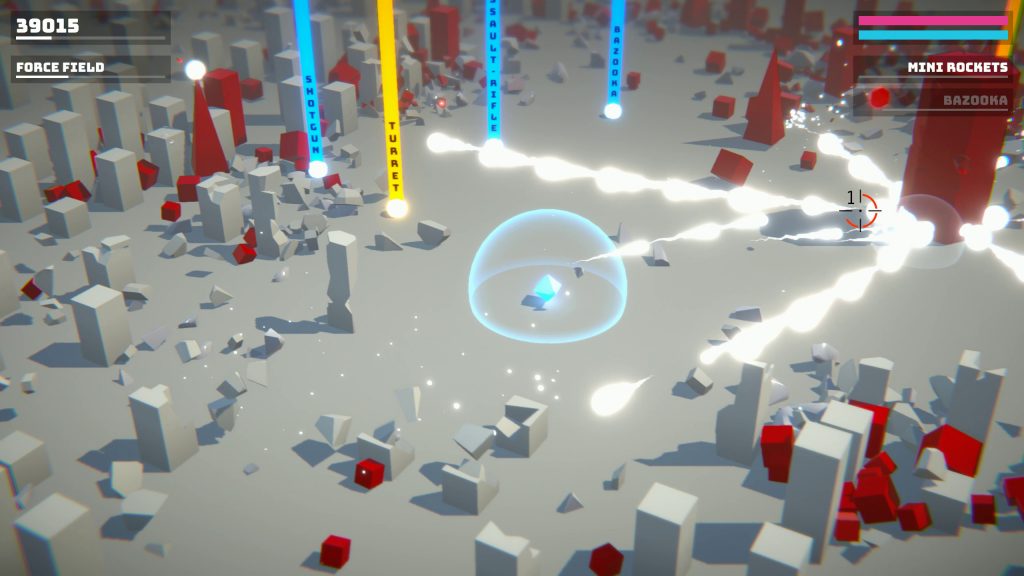 When the action picks up, Destropolis almost starts to feel like a bullet hell shooter.

Destropolis’s minimalist aesthetic is simplistic yet eye-catching. The game’s blocky, bright red enemies and your glowing blue avatar are contrasted sharply against the gray background. It’s simple and attractive in a very retro way. More importantly, however, this visual style also makes it easy to identify threats, which you’ll undoubtedly appreciate when dozens of enemies flood the screen. The physics, as subtle as they are, are also a joy to behold. Watching enemies and buildings shatter like fine china as they’re riddled with bullets or vaporized in a nuclear inferno never gets old.

Not to be outdone by its distinctive aesthetics, Destropolis’s soundtrack is exceptional. LukHash’s 80s-centric synthwave production fits the action like a well-worn letterman jacket and does a spectacular job of getting you into the groove amid all the chaos unfolding on-screen. If you’re a fan of the genre, I really can’t recommend the game’s score enough. If you’re a fan of the genre like I am, then I guarantee you’ll be humming Destropolis’s pumping synth melodies long after you’ve powered off your Switch.

A Cubic Ton Of Fun…In Moderation

I had a blast during my time spent with Destropolis. However, chances are it’s probably not the type of game that will keep you glued to your Switch for hours. With only one mode available, things do get repetitive fairly quickly. Still, the game features co-op for up to three players. So if you have a handful of friends to bust some blocks with, it’s a delightfully chaotic way to kill a half-hour or so. But after that, you’ll probably want to move onto something a bit more substantive.

I’d love to see developer Igrek Games flesh things out a bit more with a sequel or update. As it stands, the game’s a fun little score-chaser with a ton of potential. If you’re looking for a frantic shooter for your morning commute (remember those?) or just want to climb to the top of the online leaderboards, Destropolis will certainly scratch that itch. At just $5.99, I think you’ll be getting your money’s worth, especially if you’re a fan of games like Geometry Wars, Nuclear Throne, or Crimsonland. 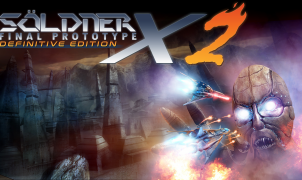 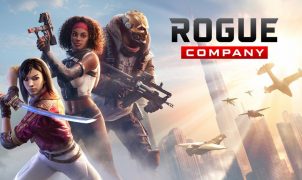 Class is Back in Session Way back in December of last year I wrote my review on the first chapter of Falcom’s Legend of Heroes: Trails of Cold Steel. …