A Formula for Success 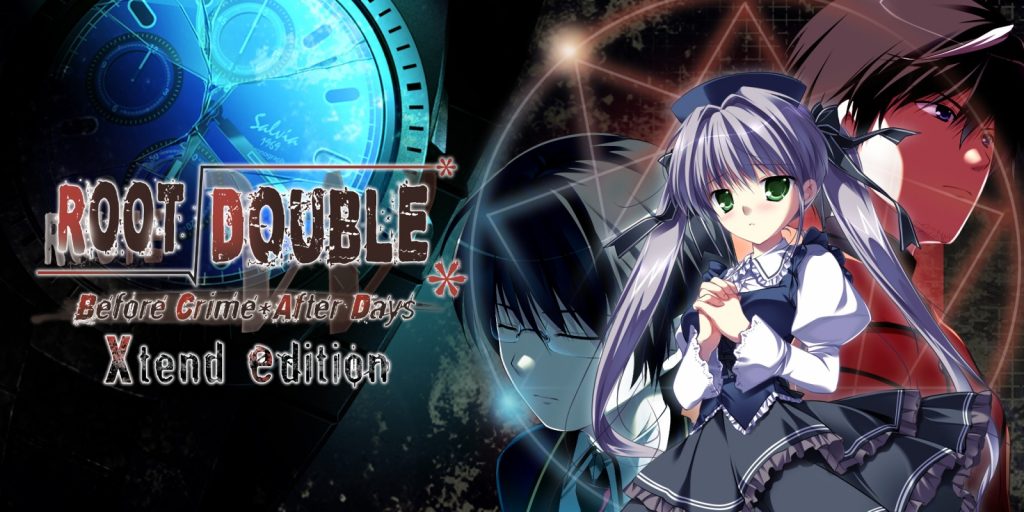 “Tonal whiplash” is a term that I’ve always viewed to be entirely negative. It’s never a good feeling to be caught in the middle of a gripping thriller, only for it to be turned into a slapstick comedy out of the blue. Nor is it fun to be swept up by a whirlwind romance between two characters just to suddenly find yourself in the middle of a gory horror experience. Any way you slice it, a sudden, unexpected and severe change of tone is always a bad thing—at least, that’s what I thought before playing Root Double -Before Crime * After Days- Xtend Edition (and, yes, that will be shorthanded from on).

Root Double Xtend Edition is, by all means, a wild, wild ride. Not only did it exceed my expectations regarding things that I was expecting, but it also managed to be the first instance I’ve ever encountered of a genre successfully managing to wildly veer off course in terms of its presentation without either crashing and burning spectacularly or completely fizzling out. That alone is impressive enough to merit is as something memorable in my book, but I’d be selling this game short if I said that that was the only thing that it had going for it. There is a lot to love about this VN, and it’s not hard at all to see why. 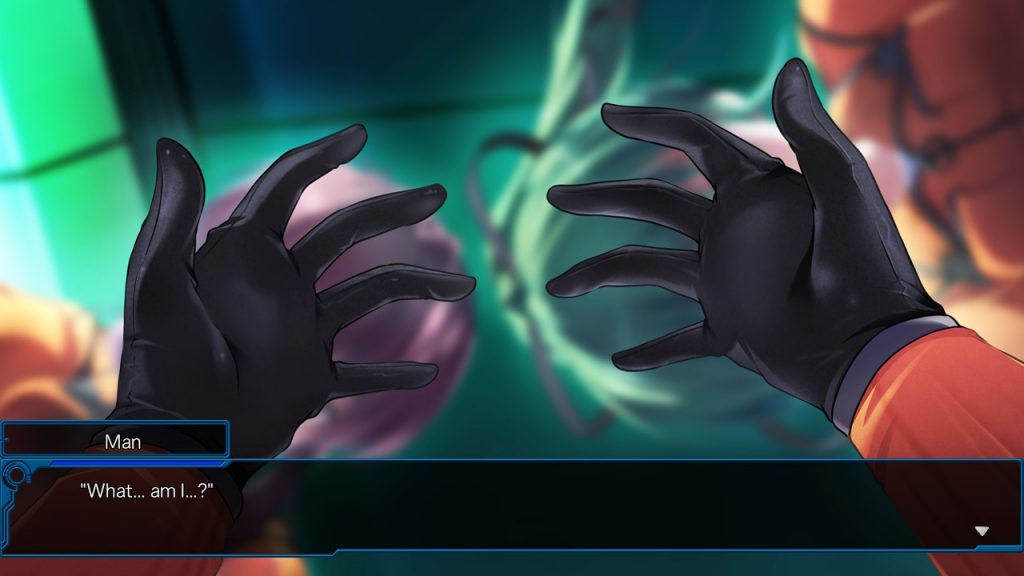 Based on what your name card says, I’d guess… a man?

I normally like to begin my visual novel reviews—or most reviews, really—by quickly going over the beginning of a game’s story. But in the case of Root Double Xtend Edition, doing that’s a little tough this time around. So, instead, I’m going to provide you with a (purposefully) watered-down summary of the entire game’s plot. The long and short of Root Double‘s story is that it takes places within Rokumei City—a highly advanced city which prides itself on its many government-sanctioned research facilities and large population of Communicators (people who can use telepathy and/or empathy)—and follows the days before, and subsequent aftermath of, a nuclear meltdown which occurred within its largest facility, the 6th Laboratory of Atomic and Biological Organization (or LABO, for short).

Now, I know that was a lot of information to take in, but I promise that there was a reason that I had to do it that way. You see, this game doesn’t technically have a “proper beginning.” Rather, it allows players to choose from one of two routes. And believe me when I say that these routes are very, very different from one another. The first route, and the route that I chose to begin with, is “√After,” and follows the story of the newly amnesiac commander of the SIRIUS rescue squad, Watase Kasasagi. As its name suggests √After takes place after the meltdown, and is contained entirely within LABO itself. It’s about what you would expect from a game like this in terms of delivery in that it’s a thriller/mystery that’s dark to the point of bordering on straight-up horror. It’s brutal, great at making you feel badly for everyone while simultaneously distrusting them, and is extremely engaging from start to finish. 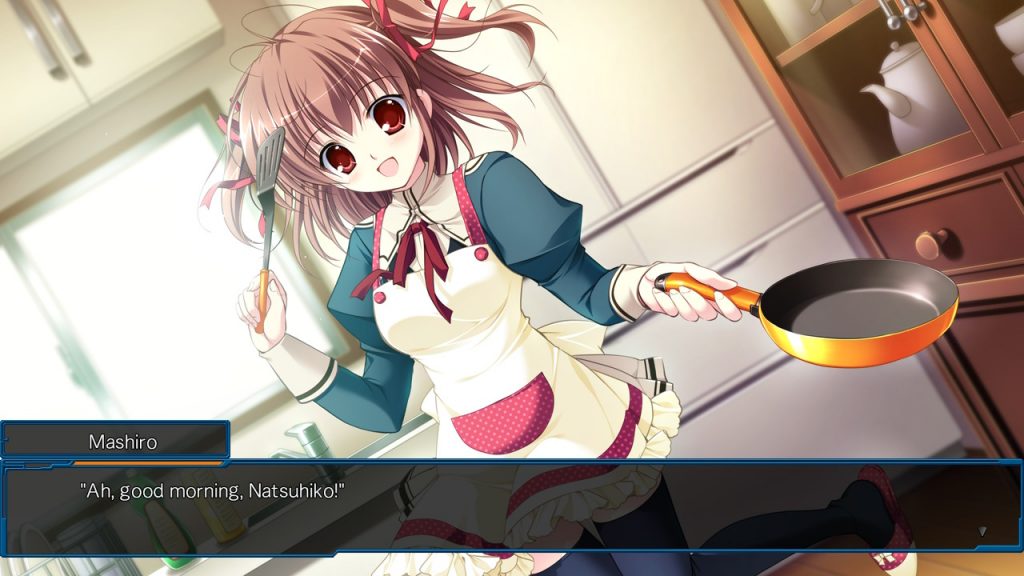 Wait… what happened to the wanton murder and mass radiation poisoning?

The other playable route, “√Before,” follows high schooler and Communicator Natsuhiko Tenkawa. Much like √After’s story, √Before begins immediately after the LABO incident as well—but it sure as hell doesn’t stay there for long. Rather than dragging players through another journey of destruction and despair which gleefully displays to players the fragility of the human mind and body, Natsuhiko’s story is… Well, it’s… It’s a slice-of-life high school drama. And, no, before you ask, the ending to this route isn’t some kind of “but it was all a dream” nonsense. It really does follow the daily goings-on of a high school boy and his friends, and while it does get more intense toward the end, it comes across as being much more lighthearted than its counterpart.

Root Double Xtend Edition‘s narrative prowess is nothing short of brilliant. By making both √After and √Before playable from the start, the game allows players to not only experience multiple narrative genres in one, single game, but it also allows players to view the route that they didn’t pick in an entirely different light, meaning that your experience with both routes will be very different overall depending on which you decide to go with first. On top of this, the fact that it not only manages to masterfully blend both stories together in the normal Root Double‘s subsequent routes (which, come on, you knew were coming), but in the pleasantly hefty Xtend Edition extra chapter definitely deserves praise. 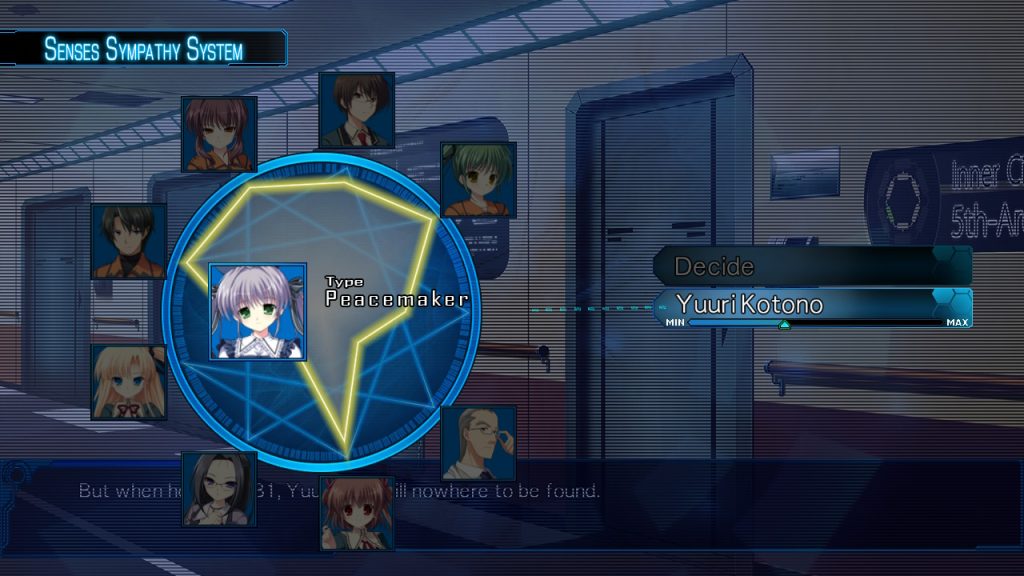 Just like in real life, how you feel about people in Root Double changes how you interact with them!

Root Double Xtend Edition‘s ability to tell a story is, by far, my favorite part about the game, but it’s not the only thing that makes it unique! This game also boasts a mechanic that is, as far as I know, entirely unique; the Senses Sympathy System (or SSS, for short). Unlike with most visual novels, Root Double Xtend Edition never gives players actual choices. Rather, it allows players to manipulate how their current protagonist feels about the people around them.

During certain points in the game, a diagram will pop up in the upper-righthand corner of the screen. By pressing the corresponding button, players will be taken to the SSS diagram, wherein they will be presented with a number of sliders corresponding to the characters with whom they are currently interacting—which, at times, includes even themselves! By manipulating the slider during these points, they will change how their character feels about other people around them which, in turn, changes what they do. In some cases these changes are minor—such as agreeing or disagreeing with someone on a trivial topic—however, in other cases, SSS manipulation can result in actions that can ultimately lead to the demise of themselves or others. 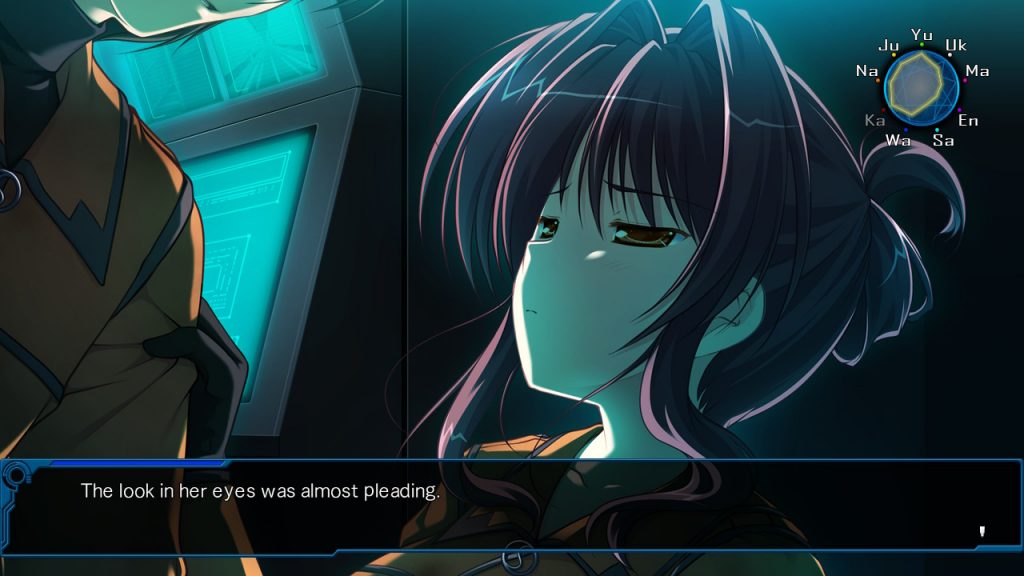 Pay attention to the SSS’s current color as well!

As good as this game is overall, I’d be lying if I said that the way that the SSS was implemented was my favorite thing. I absolutely love what it is in concept. VNs are all about creating as much cohesion between the player and their character as possible them to step into their character’s shoes. By giving players the ability to change their character’s actual attitude toward those around them, this sense of cohesion is only heightened—after all, it makes sense that your (or your character’s) feelings would determine how you act. However, at the end of the day, it still essentially felt like you were making simple choices in the same way that you do in most other VNs out there.

As I’ve said before, the SSS gives players sliders, rather than concrete options. Naturally, these sliders give players a greater degree of control over their character’s emotions than a typical decision tree would. However, at the end of the day, these sliders act as though they are responsible for more than they actually are. I played through much of my first route very carefully, generally moving my opinions of people on the SSS very slightly—as I would in real life. More times than not, however, these subtle manipulations didn’t do much. If I really wanted to make a difference then I would have to drastically alter my feelings toward someone. While this makes sense from a mechanical standpoint (I get that there can’t be reactions for every single permutation for the SSS), the fact that there were only a handful of outcomes for every situation worked very much against what the SSS was supposed to accomplish. It’s cool, don’t get me wrong, but more work needs to be done before something like this can properly reflect what it allegedly represents.

A (Root) Double-Dose of Fun

Root Double -Before Crime * After Days- Xtend Edition will in all likelihood be a visual novel that I will remember for a very long time. Not only is it successful in the normal ways that a VN should be, but it goes above and beyond in its ability to tell a story thanks to a skillful blend of narrative genres and a creative decision-making mechanic which, while not perfect, is still very fun to play with. Whether or not you played the game when it originally released on Steam, any VN fan worth their salt would do well to pick up this wonderful (and horrifying) title.

Full disclosure: This review is based on a copy of Root Double -Before Crime * After Days- Xtend Edition provided by the publisher. 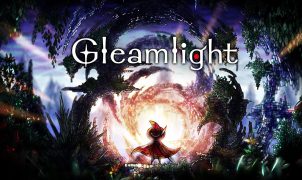