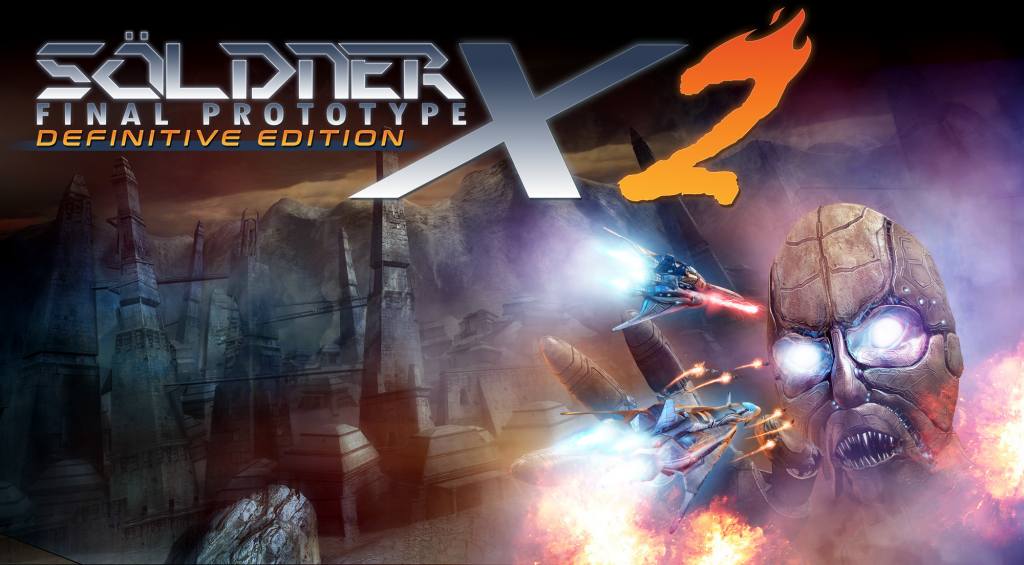 I’m not exactly a pro at shooters, but I sure do love them. I grew up playing classics such as Gradius, R-Type, and Thunder Force. I got into PC Engine collecting mainly because of the huge amount of shooters the console has such as Soldier Blade, Spriggan, and Cotton. I also regularly fire up Blazing Star in my Neo Geo arcade cab, as it’s one of my favorite shooters in my library – it’s also where our site gets it’s namesake! However, out of all the series I’m familiar with, I’ve never heard of Söldner-X, probably because I didn’t realize that European shooters were even a thing. When the code for Söldner-X 2: Final Prototype Definitive Edition found its way into my inbox, I was indeed going into this game blind. Being a shooter fan, this is definitely a game fans of the genre will love, as I had a great time with this title.

The Söldner-X series first started life on the PC as Söldner-X: Himmelsstürmer in 2008. Made by German developer Sidequest Studios, this first entry is a traditional 2D side scrolling shooter which released to modest success. The game was later ported to the Playstation 3 as a digital download, and a sequel, Söldner X-2: Final Prototype, made its way to the Playstation 3, Playstation Vita, and the Playstation 4.  Sidequest aimed to call back to traditional titles like Gradius and R-Type with the Söldner-X series, but with a decidedly European flair added to them. I’d say they were pretty successful, as Söldner-X 2: Final Prototype feels both like a shooter I’ve played before as well as feeling vastly different from anything I’ve ever played before, if that makes sense.

H.R. Giger would be proud 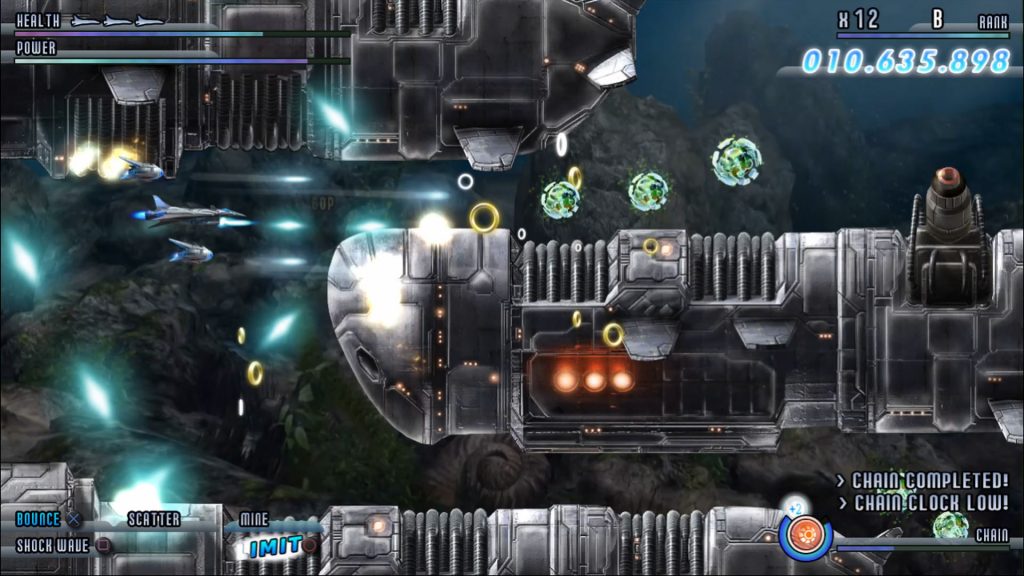 The setting for Söldner-X is your standard sci-fi fare. You’re part of an elite fighter squad maintaining an interplanetary alliance. Some groups don’t like this alliance – most notably the D’aarg, who want to take control of the galaxy and have far superior technology compared to us puny humans. Earth utilizes technology originally deemed lost to make a new generation of starfighters, and it’s up to you to take the galaxy back one level at a time. Söldner-X 2: Final Prototype Definitive Edition features three ships with unique controls and weapon loadouts to choose from. Additionally, there is a ton of extra content to unlock from collectibles hidden throughout the levels along with challenges to clear, which adds a vast amount of playability to the game.

A game where Boba Fett shoots pink bullets at you 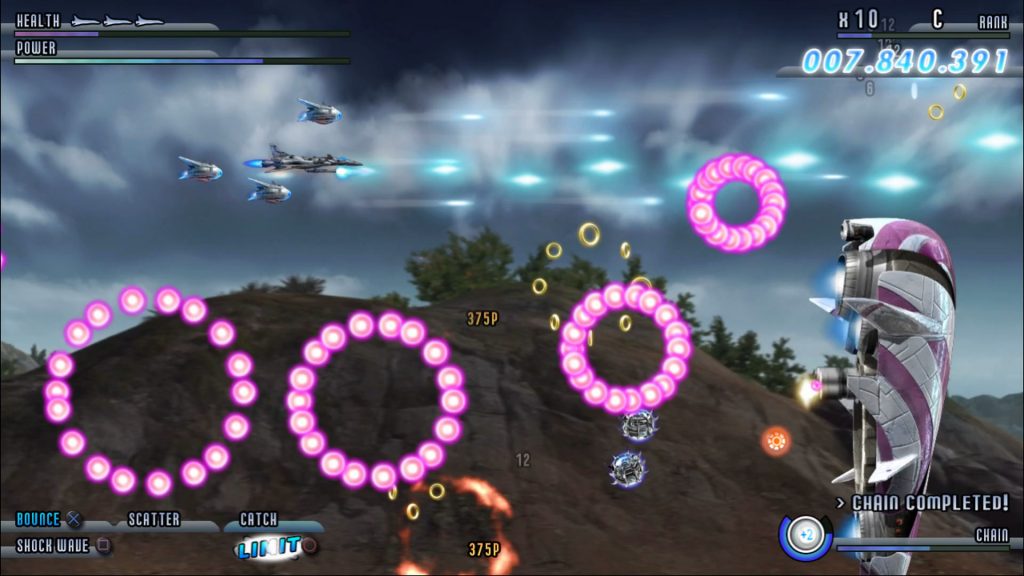 Söldner-X 2: FPDE features a clever dynamic difficulty system that adjusts itself based on how well you play

While Söldner-X 2: Final Prototype Definitive Edition may seem like any other shooter by a simple glance, looking at things like switchable weapons, score multipliers, and lots of “bullet hell” to dodge, there’s an additional layer of depth the game has that makes it far more approachable than some hardcore titles can be. Söldner-X 2: FPDE utilizes a “dynamic difficulty” system tied to your multiplier. The higher your multiplier gets, the more difficult the game gets. There are 8 levels of score multiplier, which can adjust the difficulty in pretty drastic ways. During my time with the game, I broke somewhere around 4 or 5 at the highest (I’m a bit rusty), and things got pretty difficult pretty quickly. Dying resets the difficulty, easing things off to give you some breathing room but also making it harder to rack up a higher score.  Söldner-X 2: Final Prototype Definitive Edition uses a server based score ranking system, so putting yourself up to the challenge and “getting good” can have some big payoffs here, especially with all the secrets and unlockables to find. 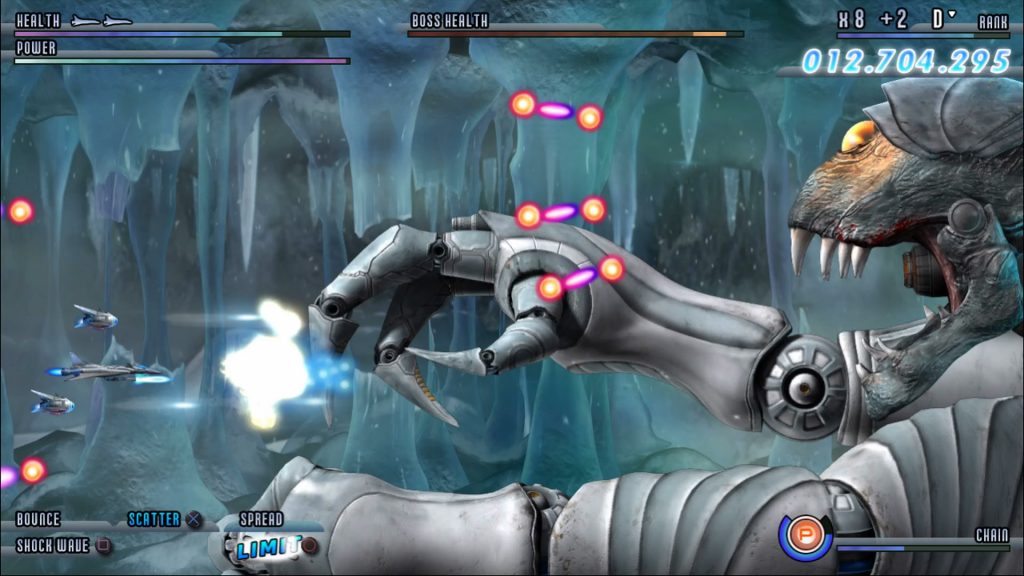 Söldner-X 2: Final Prototype Definitive Edition‘s bosses are impressive, but could use some color variety

The graphical presentation of Söldner-X 2: Final Prototype Definitive Edition is insanely crisp, almost too much at times. The design philosophy really feels like a modern take on older European PC based games like the Commodore and Amiga series players may have seen back in the day. A number of enemy and boss designs look like something you would have seen from the Turrican series. Teetering the line between 2D and 3D, the graphics look great, though some enemy designs can be a bit bland and colorless. This carries through into the boss fights too that, while fun, challenging and certainly look very cool, are mostly gray and brown. The backgrounds are beautiful and detailed as well, but can be a bit distracting with how they move around compared to the enemy fleets at times. This could be a boon or a bane depending on how much of a challenge you’re looking for.

If there’s one thing about Söldner-X 2: Final Prototype Definitive Edition I can praise, it’s got an absolute banger of a soundtrack.  Composed by Rafael Dyll, responsible for the sounds of a few NG:DEV titles – namely Gunlord and Last Hope: Pink Bullets, Rafael has billed himself as a huge fan of the Amiga period of PC gaming – Namely Chris Hülsbeck’s works. This definitely shows through in his work here as the majority of Söldner-X 2: FPDE‘s soundtrack is full of beautiful electronic melodies backed with excellent trance and electro rhythms. If you’re familiar with music from games like Turrican and Jim Power, you can definitely feel that exude from the sounds of Söldner-X 2: Final Prototype. I would recommend getting the game in a physical bundle with a soundtrack, of which there was one, but it was unfortunately limited and has been sold out since late September. Currently this game is available as a digital download only. Here’s hoping Limited Run Games picks this up for another release!

A Touch of Classic, a Touch of Modern

I did really enjoy my time with Söldner-X 2: Final Prototype Definitive Edition. It’s challenging, engaging, looks great, and is above all else fun. The soundtrack is phenomenally good, the controls are tight, and the dynamic difficulty makes it easy to pick up, but equally tough to master. The variety of ships with quick changing loadouts and vast amount of secrets coupled with challenges and high score boards offer mountains of replayability. It’s quite the package for a low cost of entry. The game may be a little niche for some, and the enemy and boss designs could stand to use some color and variety. But if you even have a tangential interest in shooters, I’d heartily recommend checking this title out. For $9.99, you could certainly do a lot worse.

Full disclosure: This review is based on a copy of Söldner-X 2: Final Prototype Definitive Edition given to Hey Poor Player by the Publisher