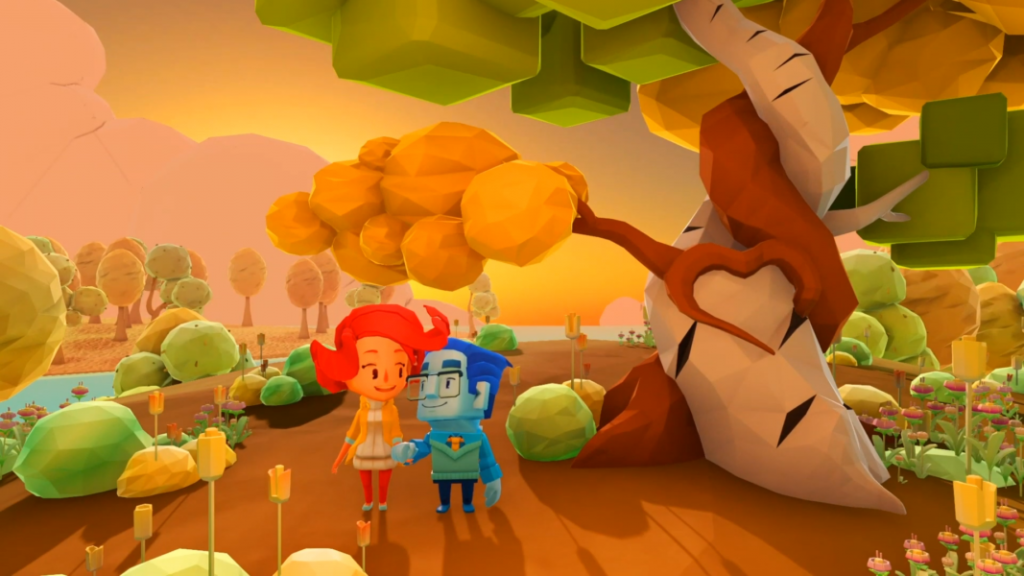 My college years were spent in long distance relationships, and although they had their perks (having a lot of time being able to focus on priorities), they could certainly feel lonely at times. Although it was nice to be able to hang out with friends, study, or play video games whenever I wanted while still experiencing emotional security, the roller coaster highs and lows of visiting an S/O three or four times in a year was exhausting. Now I don’t regret that time spent with those people at all — even though we didn’t make it — because we needed to focus on our priorities and we really did try our best, but I can’t lie, they were pretty hard in their own right.

So when I saw A Fold Apart being described as a puzzle game exploring the depths of a long distance relationship, I obviously had to get my hands on it. Developed and self-published by Lightning Rod Games, A Fold Apart is an award-winning little puzzle game spanning multiple platforms, including PS4, Xbox One, Nintendo Switch, Apple Arcade, and PC (Steam). Roughly a three hour experience that can be played in one sitting, A Fold Apart is a short but sweet title that will stick with you long after the credits roll. 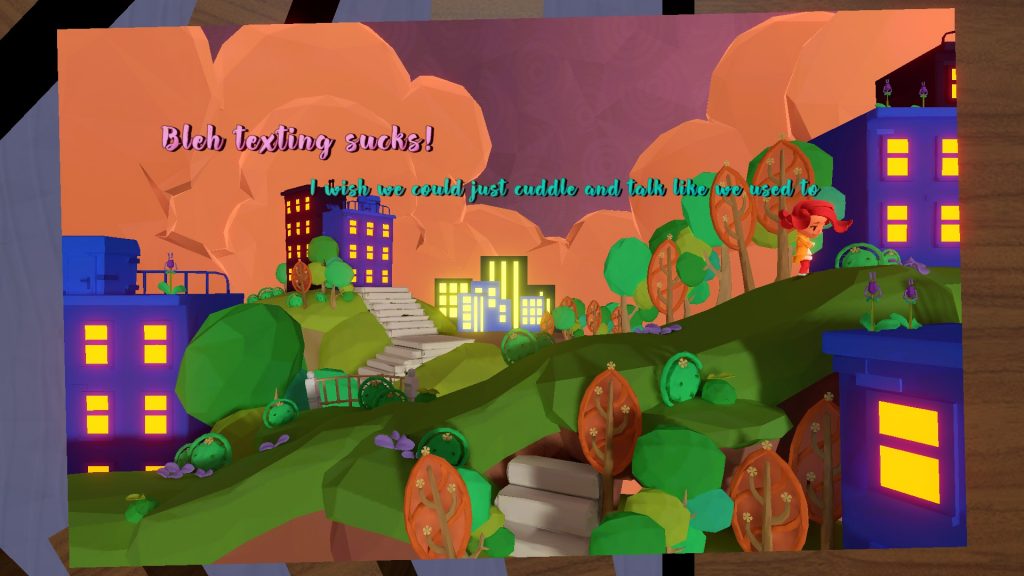 A Fold Apart has players taking on the roles of two characters whose genders can be chosen at the players’ discretion (for the sake of this review, I will refer to them as the genderless terms red and blue). Red and Blue were living life to the fullest together, enjoying every waking moment spent in each other’s company, until Blue received a life-changing job offer in a faraway city. Knowing this would be the opportunity of a lifetime, Red encouraged Blue to take the year-long contract, the pair promising to wait for each other until the contract was done. Of course, it’s easier to say than do, and the time spent apart takes its toll on the couple, who miss each other dearly. Can they communicate their needs and emotions in a healthy manner and stand the test of time?

Puzzles in A Fold Apart are broken up into chapters, with each chapter exploring Red or Blue’s feelings on a particular text message or issue. This introspection is visualized on paper — quite literally — and the couple will need to get from point A to point B by walking across platforms with connections made by folding or rotating paper correctly. The puzzles themselves aren’t all that difficult at first, but new skills are introduced in each chapter, allowing players to build a slow mastery over the course of the playthrough. And with key bindings changeable at any time via the options menu, controls are as simple as any given player wishes them to be. 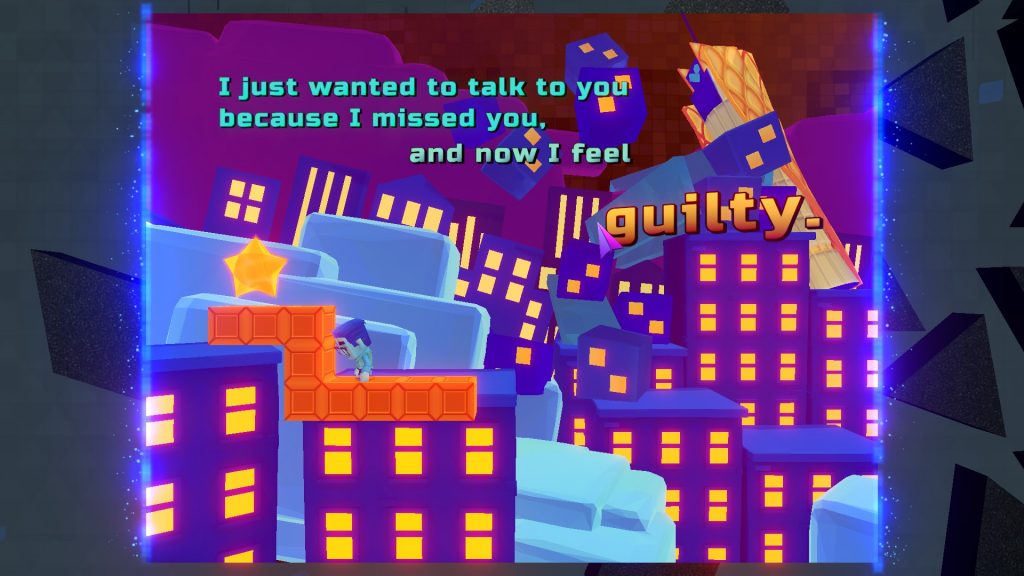 I thought the introspection each character experienced was so spot on to how long distance relationships can be sometimes despite their heavy-handedness. One in particular that got me was when Blue was sharing their feelings about how much they loved and missed Red, only to be gut-punched when Red responded with “out with friends, chat tomorrow!” so casually. This sent Blue spiraling, considering how they had taken this contract in an effort to further their career so the two of them could build their lives together on that foundation, and to be brushed aside like that in a moment of loneliness was crushing.

A Fold Apart had charming graphics, a lovely soundtrack, relaxing challenges, and was adequate length for the price so it’s an all around stellar title. I have one major complaint, however, and that’s the ultimate message the ending provides. The pair communicated throughout the game and were great at doing so, but in the end (sorry, spoilers), Blue left their job early because Red missed them so much, which… is not only extremely short-sighted on Red’s part, but I found that counterintuitive to what the game was trying to convey. It sounded like Blue and Red were meant to compromise, or at least get through the year with good communication, but what ended up happening was Blue looking out for the couple’s future then reneging on his contract to appease Red’s emotions. It didn’t make much sense at all and I found myself upset with Red for letting their emotions get the best of them to hurt the couple long term. It was pretty disappointing, to be honest, but I understand that it’s a subjective opinion and that others may disagree with me. To each LDR, their own.

Despite my disappointment with the ending message, everything else was so delightful about A Fold Apart that I had trouble finding fault with the title aside from that. Cute and colorful graphics with relaxing challenges made A Fold Apart a fun little puzzle game to tear through in one sitting, the mechanic utilized perfectly throughout. If you are looking for a different kind of puzzle game that delves deep into emotions while providing a unique challenge, you really can’t go wrong with A Fold Apart.

Editor’s note: This review is based on a retail copy of A Fold Apart provided by the publisher.