Get to the Cloud District often with Virtual Cities! 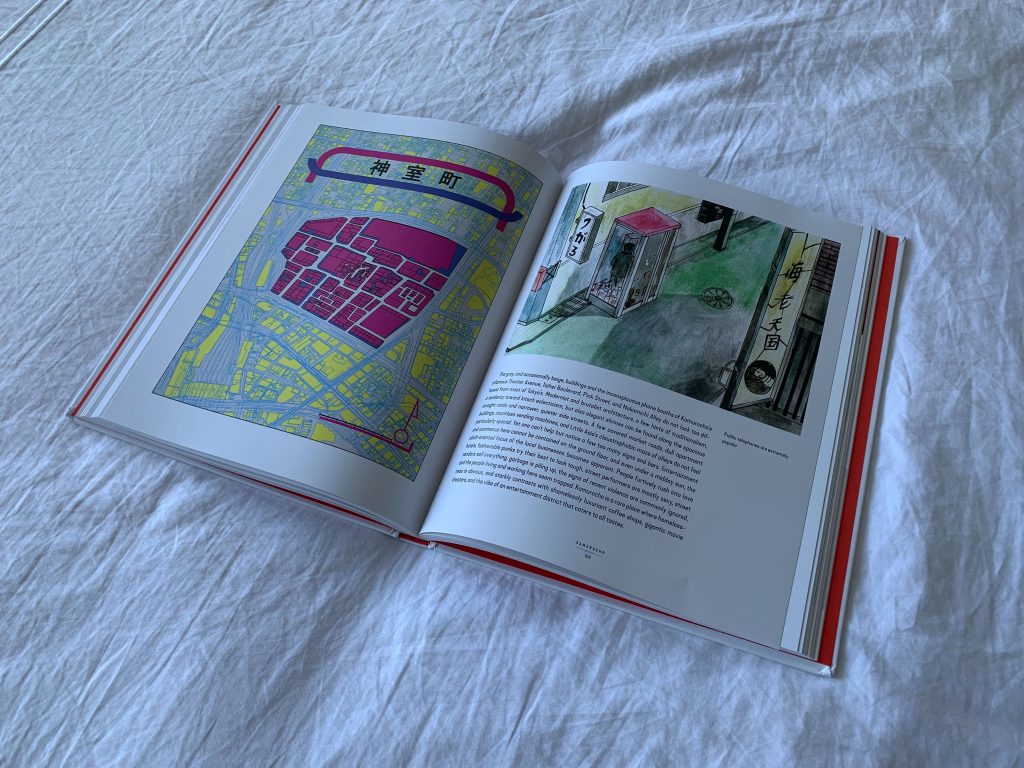 I like to joke in my bio that I’ll never complete the Civil War questline in Skyrim and I’m okay with that, but there’s a really good reason behind it: I fell in love with Whiterun and I never want it to change. From the towering tippy top of Dragonsreach to the pixelated pebbles of the Plain District, I came to equate Whiterun with Skyrim itself, my entire experience revolving around the last neutral hold in the Nordic state of Tamriel. I adopted two girls who then adopted a dog and a fox, and I had Lydia watch over them all as I ran fetch quests that didn’t impact the main story. After a long day of slaying beasts and finding treasure, I’d return to my home in Whiterun, change into villager dress, and go about my business at the shops and crafting tables. I’d then retire to my hearth, gifting my daughters sweetrolls before settling down into my favorite chair with my children and my dog by my side.

As fun as Skyrim was in its entirety, there was something special about the city of Whiterun. A mystical tree, a gigantic structure built to contain an ancient dragon, and a longboat-turned-building older than the city itself are only a few of the sights to see, and that doesn’t even cover half of its rich history and current, contentious political climate. Yet, at the end of the day, all that is held within those walls are simply a small part of a bigger game, one that can be shut off when it’s time to hang up the controller. And when greater focus is generally placed on actual characters, level design, or boss battles when it comes to video games, I felt pretty alone in my love for what amounted to “just a virtual city.”

So you can imagine my delight when Whiterun was among the 45 cities featured in the book Virtual Cities: An Atlas & Exploration of Video Game Cities. 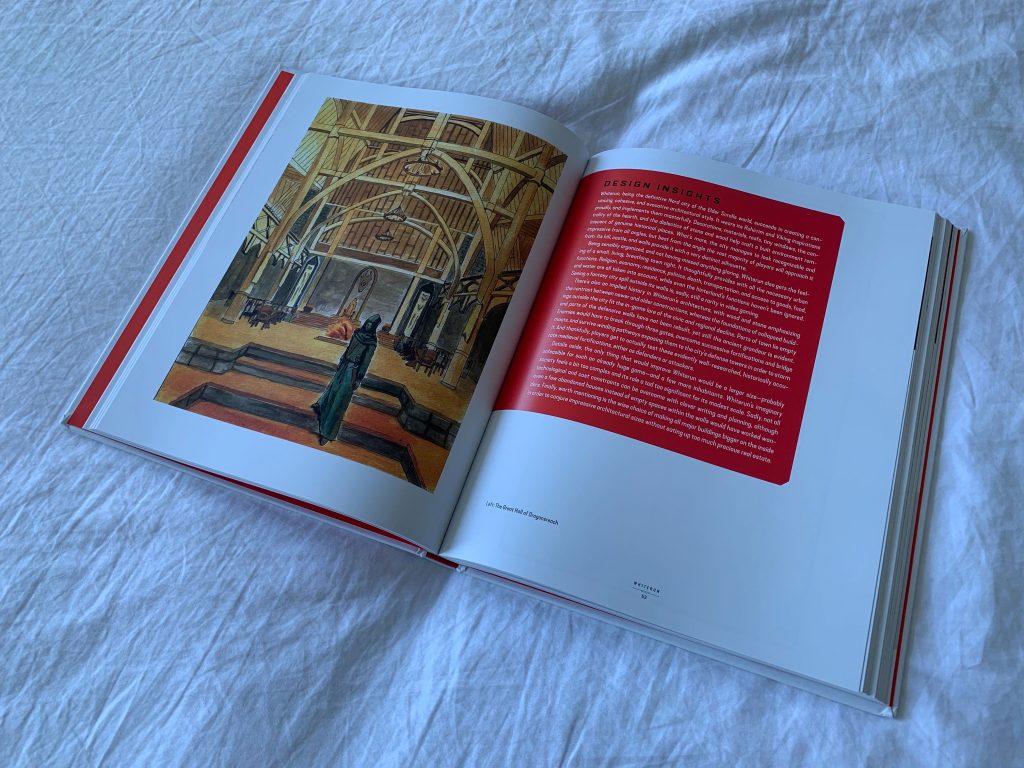 Touted as “the ultimate travel guide and atlas of the gamer imagination,” Virtual Cities: An Atlas & Exploration of Video Game Cities offers players an in-depth analysis of their favorite games’ cities by urbanist and video game city planner Konstantinos Dimopoulos, Ph.D. Featuring beautiful original color and ink drawings by visual artist Maria Kallikaki, the Athens-based team has brought beloved cities such as Midgar (Final Fantasy VII), Fourside (Earthbound), Metro City (Final Fight), and more with fascinating facts and a view from a city planner’s eyes. Available in both digital and print form, Virtual Cities: An Atlas & Exploration of Video Game Cities is well-suited for a game developer wanting to make their game’s city feel more alive or any game enthusiast who wants a beautiful video game book to adorn their coffee table.

Cracking open Virtual Cities: An Atlas & Exploration of Video Game Cities brings readers to the preface, where Dimopoulos discusses how the project came to be a reality. I’m really happy he addressed why he chose to work with an illustrator for the book, as that was my first question upon sifting through its pages. According to Dimopoulos, most maps are crafted for clarity’s sake: they provide a purpose, and so aesthetics aren’t often a priority. By working with an illustrator, the author was able to convey the feel he was hoping for in this publication, and lauded Kallikaki’s ability to take his “crude sketches” and imbued them with color, beauty, and personality. Understanding this is crucial for those expecting key art directly from the games; everything is an original work of the illustrator, which is quite a refreshing — if bold — choice to make in a book about specific video games. 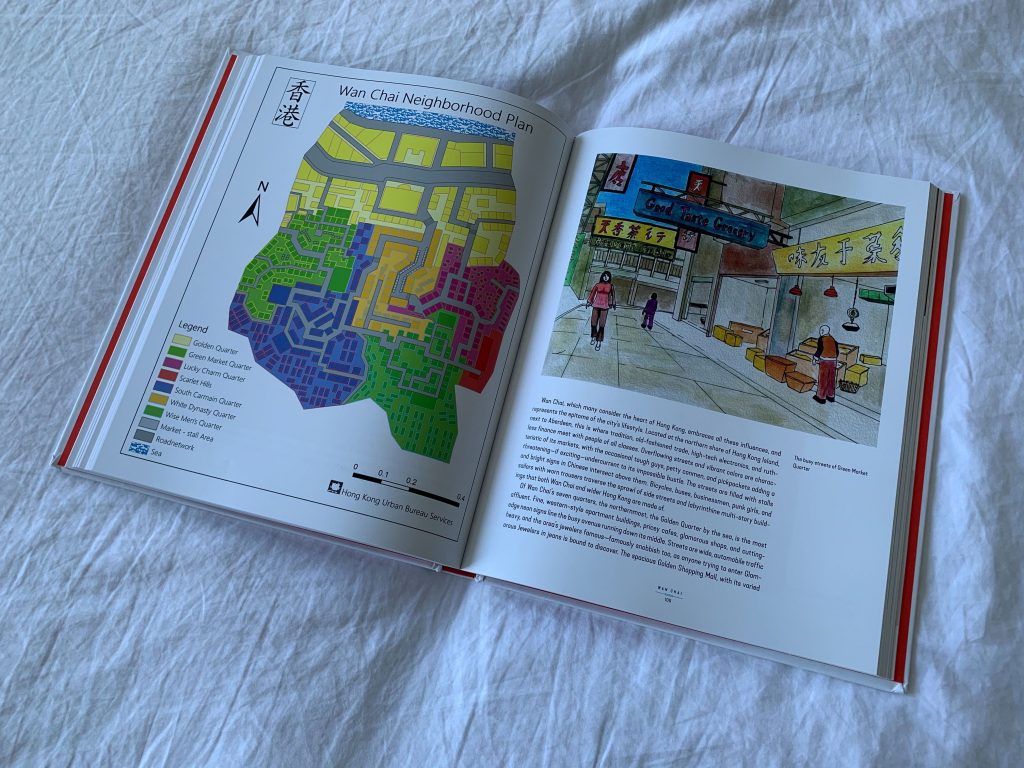 Each of the 45 cities in Virtual Cities: An Atlas & Exploration of Video Game Cities receives 3 – 5 pages of maps, illustrations, and information about its layout, history, inhabitants, and trivia surrounding game development or its real-life counterparts. Take, for example, Shenmue II’s Wan Chai — a real place in which my husband grew up and I was fortunate enough to visit last year. After seeing places like the Golden Arcade and Man Mo Temple for myself, I was impressed with how well the developer had recaptured the lighting in the temple or the bustle of the arcade considering the technological limitations at the time. I was therefore excited to not only see some love given to Shenmue II’s Wan Chai in Virtual Cities: An Atlas & Exploration of Video Game Cities, but to see evidence that the author really understood how unique this locale truly is.

Case in point — each city has sections in red that provide more real-life context outside of the game’s setting, and one thing that really jumped out at me for Wan Chai is how true it is that guides are required for the sheer density of Hong Kong. Although Hong Kong and other real-life cities deserve a true deep dive on just how they differ from their virtual counterparts, Dimopoulos did a great job of paring down what could be libraries worth of information to get to some truly juicy trivia bits. One thing I learned is, if you’ve played any Shenmue game will not surprise you in the slightest, apparently Sega hired specialists to design the furniture held within shops to give it a more true-to-life feel. While reading about Final Fantasy’s Midgar, I learned that the game was initially supposed to be about some warped version of New York City. Interesting tidbits like that make it hard to put the book down, especially if you’ve worn down the virtual pavement on the city streets you’re reading about. 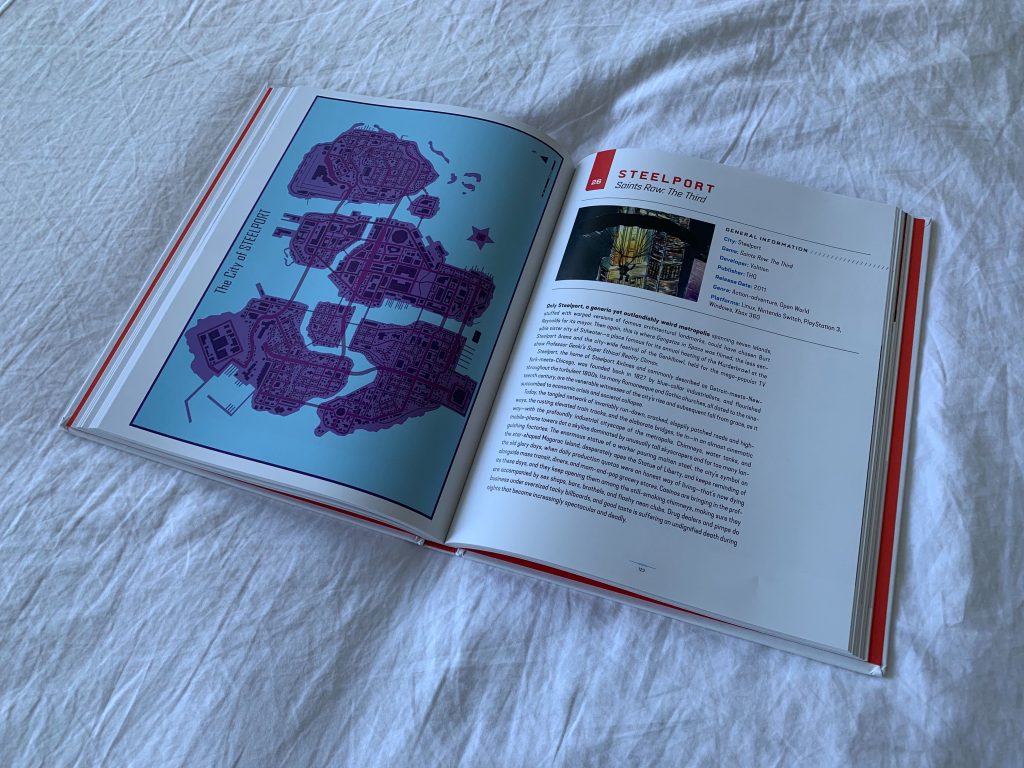 Perhaps the most valuable information Virtual Cities: An Atlas & Exploration of Video Game Cities offers is seeing these worlds from a city planner’s perspective. Taking it back to Whiterun as an example, Dimopoulos argues that there were some incredibly strong design elements no matter where you looked, from the medieval wall structures to the tree being the city’s true spiritual center. But he also points out that some elements weren’t in unison with the city’s state of affairs, such as the houses behind yours not truly being abandoned or deteriorating, which would have better indicated a city in decline. Reading information like that made me realize I had missed some context the game was trying to tell me but not totally showing me, which was fascinating to learn. Understanding the cities from this point of view provides such a fresh look that shows how much effort went in to making these places feel less like a movie set and more alive.

Just about every game you’d like to see involved is contained within Virtual Cities: An Atlas & Exploration of Video Game Cities’ pages, although there’s certainly room for another volume (hint, hint). In terms of topic choice, I have absolutely no complaints; in fact, the only real complaint I have is that I don’t understand why the cities are in the order they are. The cities are not ordered alphabetically, by publication date, by size, etc., so without that table of contents it’s just up to guesswork to determine where a certain city might be. Everything else was perfectly crafted — I’m delighted to have this book to add to my library. 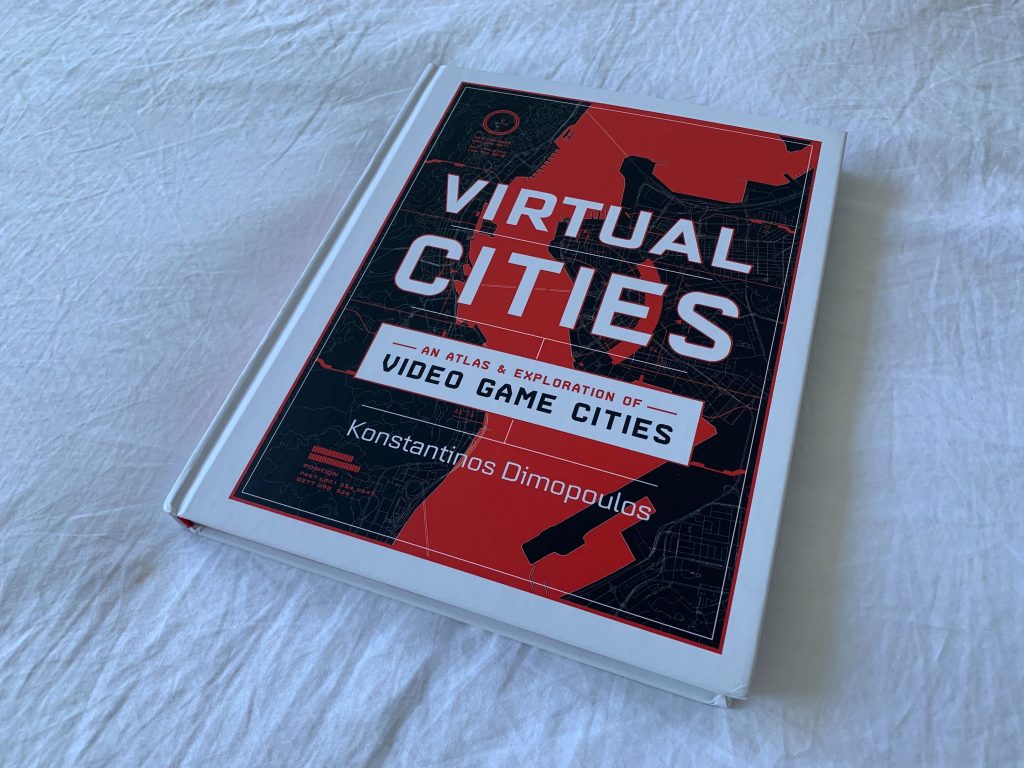 Full Disclosure: This review is based on a retail copy of Virtual Cities: An Atlas & Exploration of Video Game Cities provided by the book’s author & publisher. 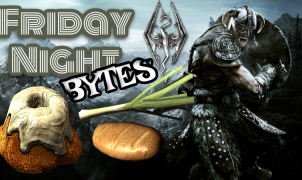 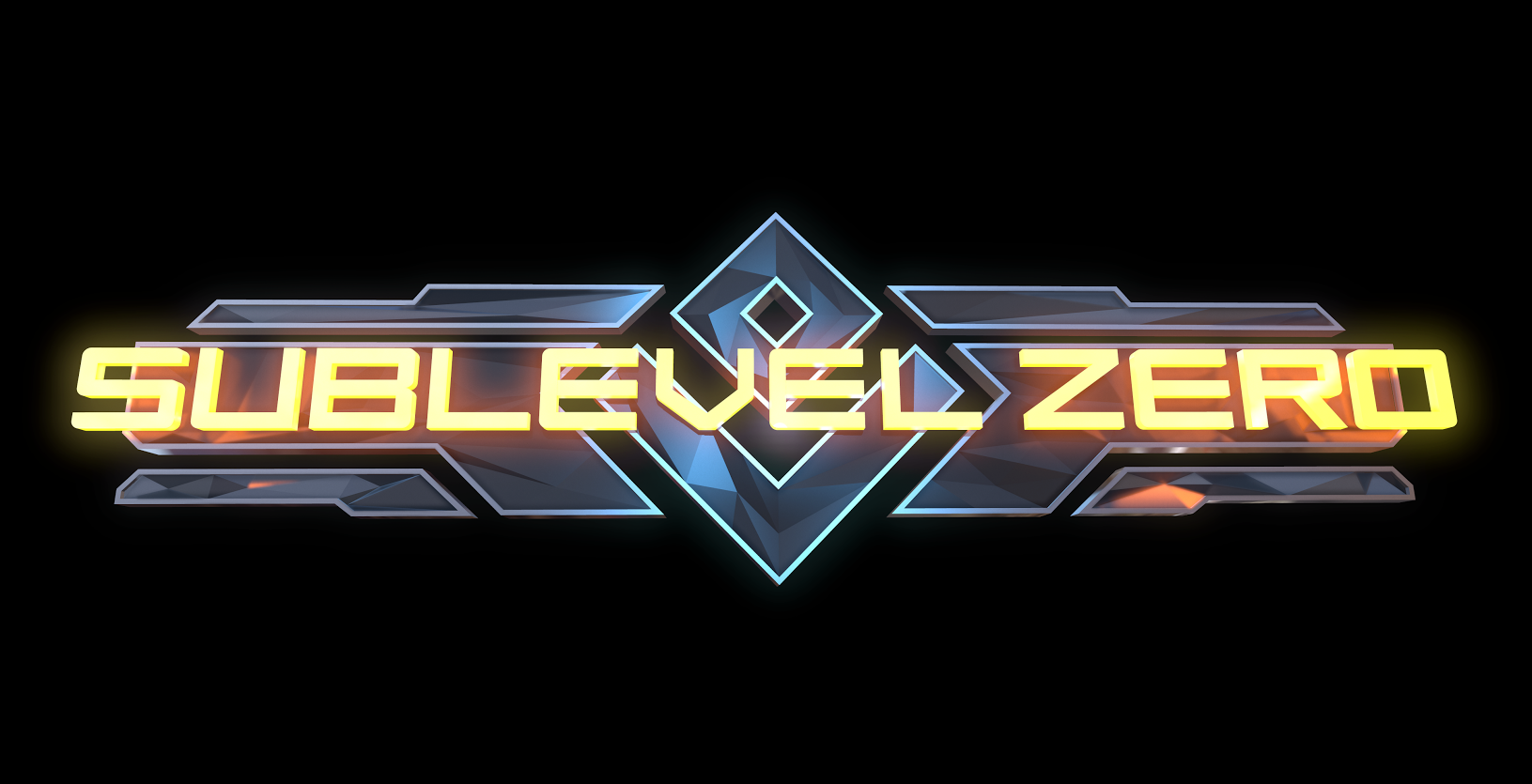 A Decent Descent Derivative Descent is great. It’s one of the first PC games I played, and many hours were lost trying to complete its twenty-something levels. Two sequels and…