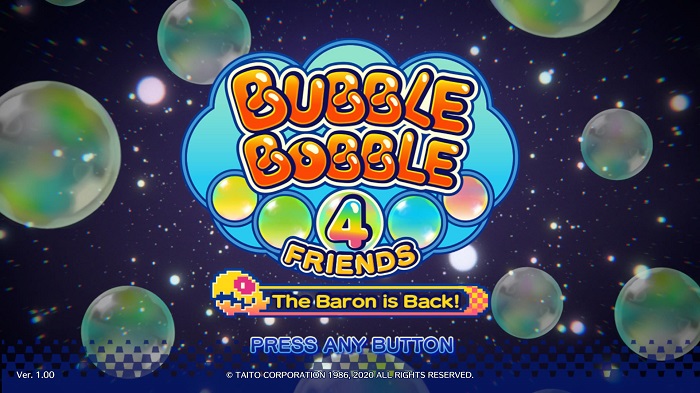 When it debuted on the Switch earlier this year, Bubble Bobble 4 Friends was a welcome return for Taito’s bubble-bursting dinos. It took the classic formula we all know and love and added a few fresh twists, including frantic 4-player cooperative play and a handful of fun power-ups to spice up the action. I covered the game ahead of its release and enjoyed every second I spent with it.

Unfortunately, it was a fleeting experience. While Bubble Bobble 4 Friends was a joy while it lasted, it ended just as things were getting good. Thankfully, Taito and publisher Inin Games have returned to make things right with Bubble Bobble 4 Friends: The Baron is Back. Now available to purchase digitally on the PlayStation 4 and as a free update for those who own the original on the Switch,  it adds 100 new stages and an exciting new game mode to the mix, effectively doubling the available content and giving fans of the franchise a good reason to revisit this retro-inspired romp.

As I previously mentioned, we already covered the core game.  So I’ll be devoting this review entirely to the new content. That said, if you want a more in-depth look at what Bubble Bobble 4 Friends is all about, be sure to check out my original review.

Baron von Blubba is back! 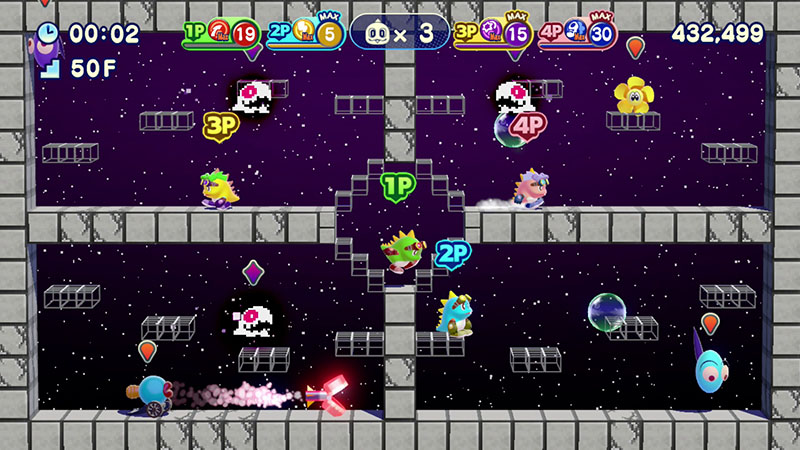 This update’s most exciting new addition is its namesake game type, The Baron is Back. Accessible by choosing the Arcade of Memories through the game’s newly introduced hard mode, it challenges up to four players ascend to a 50-floor tower. Let me tell you; this mode is as tough as nails. For starters, you can’t continue after you die. And even when playing with friends, you have to share from a pool of ten lives. Once you burn through those, the game unceremoniously punts you back to the title screen.

I have to admit; I wasn’t entirely sold on The Baron is Back at first. The stages are quite claustrophobic in comparison to those in the main game. These bite-sized locales can make it a lot harder to carefully maneuver your intrepid little dino – especially when other players join you. However, the deeper I delved into the dungeon, the more I enjoyed my time there. While cramped, the stages are full of clever gimmicks that use stage hazards and changing wind currents in inventive ways. Additionally, the enemies, including the invincible Baron von Blubba who returns for this expansion, are arranged with the kind of Machiavellian purpose that will make you want to carefully consider every move, lest you lose one of your precious lives.

I enjoyed this mode immensely, and I think other old-school fans of the series will too. Trying to topple this tower should keep even the most seasoned bubble busters busy for quite some time. Though I have to admit that younger players and those looking for a challenge similar to that of the base Bubble Bobble 4 Friends may find it to be a bit too brutal in terms of difficulty. Luckily, while you may not be able to continue, the game does allow you to practice on any of the stages you’ve played previously, which is a nice touch. 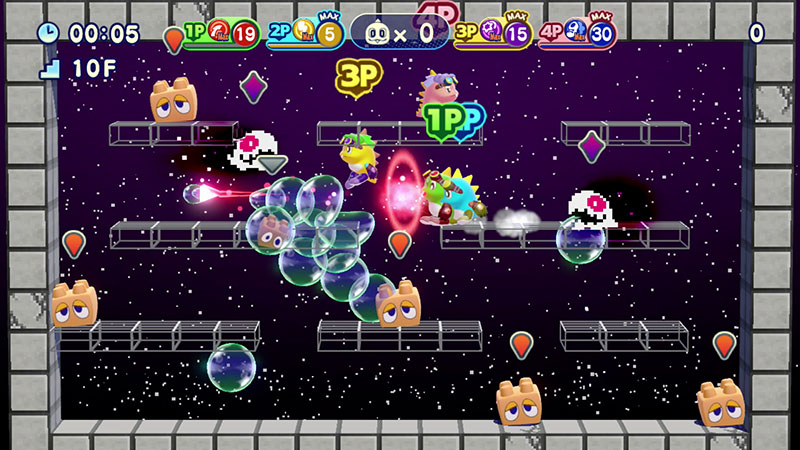 One of my favorite things about The Baron is Back is how it combines the visual styles of Bubble Bobble 4 Friends and the original arcade version Bubble Bobble to great effect. It’s a nice mix of new and old that perfectly complements the way it combines the new features, like four-player co-op, air currents that change the stages’ flow, and unique power-ups with the coin-op’s quarter-munching challenge.

In addition to The Baron is Back mode, the update also introduces 50 more stages to the core game, and they’ll put up a pretty good fight, too, as they don’t hesitate to throw the more menacing baddies your way right out of the gate. Still, despite the more devious stage layouts and formidable foes that lurk within them, being able to continue and rack up extra lives makes these new stages much more manageable in comparison to those found in The Baron is Back.

I played the game on the PS4 Pro, PS5, and Switch for this review. Considering Bubble Bobble 4 Friends isn’t exactly a demanding game, it should come as no surprise to know each version performs without a hitch. However, I did find the controls to be a bit looser when using the DualShock 4 and DualSense versus the Switch Pro Controller, which caused some problems for me given the pixel-perfect platforming which The Baron is Back mode demands. Still, I adjusted to this over time, and you could probably chalk it up entirely to personal preference.

Rising To The Top

As someone who was left wanting more after completing Bubble Bobble 4 Friends, I found the new levels offered in The Baron is Back to be the perfect salve to soothe my bubble-bursting itch. The addition of a few more power-ups to go with them would have been nice for sure, But really, that’s just nitpicking. At the end of the day, this update succeeds in making Bubble Bobble 4 Friends feel like the game it should have been when it was initially released earlier this year.

If you have yet to experience Bubble Bobble 4 Friends and don’t mind a substantial challenge, then I wholeheartedly recommend checking out this new content. However, those looking for more of the same might be put off by the considerable boost difficulty The Baron Back brings to the table. 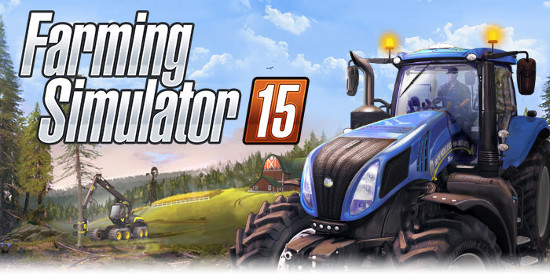 Out Standing in My Field. I am gonna work on Maggie’s farm some more.   When I first sat down with Farming Simulator 15 I wasn’t sure how to…