Arena FPS in the 5th Dimension 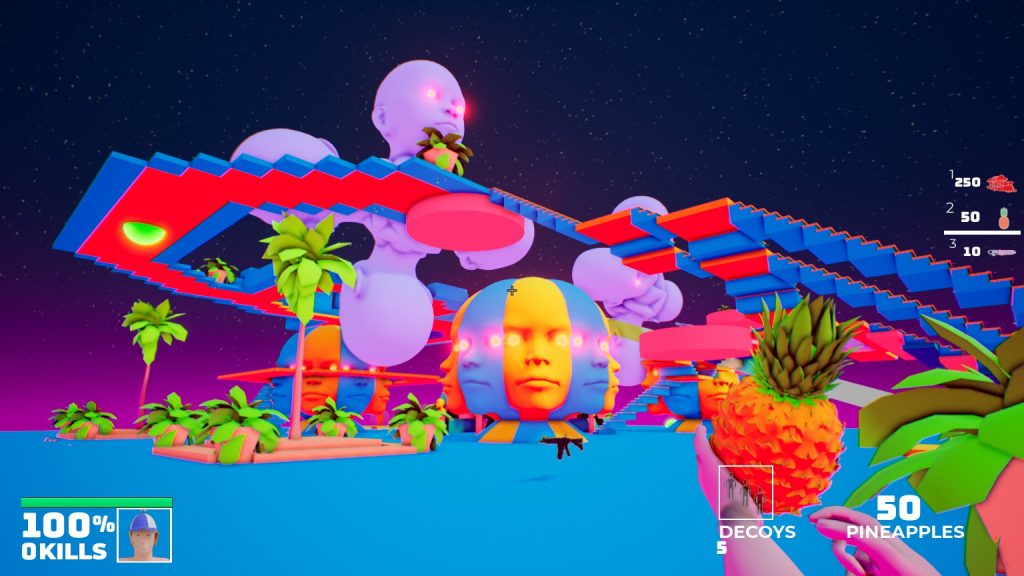 I love a game that punches me in the face, and my face is feeling sufficiently punched after playing Spaceflux. Described on its Steam page as “an upcoming arena shooter in impossible geometry: fractal worlds, infinitely repeating space and fully destructible maps,” Spaceflux is a veritable feast for the eyes and ears while breaking the limits of what makes sense. Featuring weapons like couch launchers, pineapples, and detonators that you can use to take aim at yourself as you peer into another dimension, Spaceflux is awesomely weird (and just plain awesome) in all the right ways.

Currently in development by Canadian solo indie developer Calin Ardelean, Spaceflux is the result of a successful kickstarter (that was fully funded within its first hour) and, of course, plenty of blood, sweat, and tears. As it’s currently in the earlier stages of Early Access, joining the game’s Discord channel is pretty much a requirement to get any real enjoyment out of the game, since there’s no true single player version at this time (it’s just you with no AI). With that being said, it is possible to play couch co-op after a recent release offered split screen support, so as long as you have a player 2 nearby you’re in for some psychedelic shooter fun as you fancy. 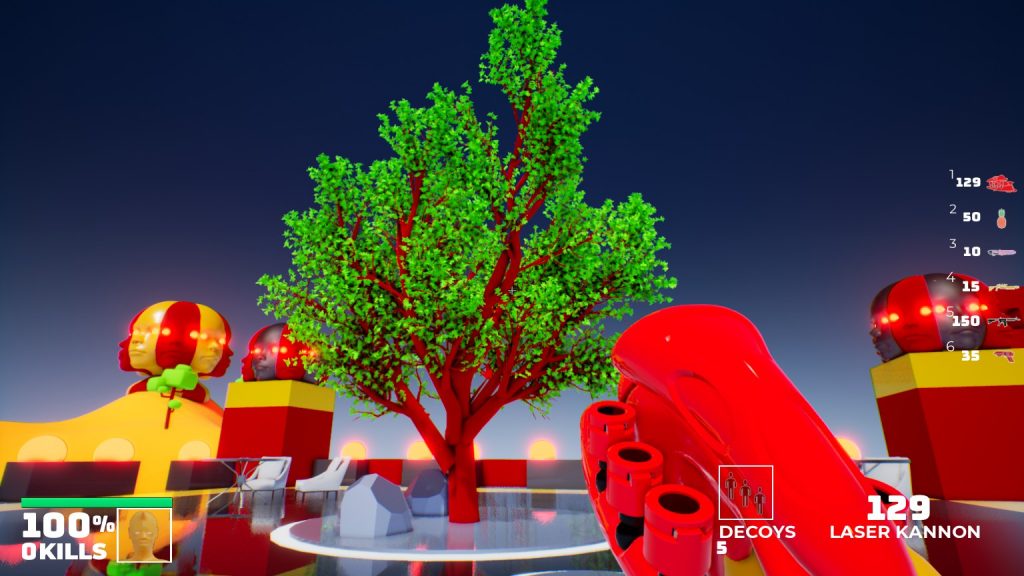 Let’s talk aesthetics: I love them. Spaceflux is color unhinged. What’s great about the use of color is not only how much it pops, but how deliberate the entire palette feels. There’s not a hue out of place, which is saying something considering the intensity and the diversity of the colors, and it all blends into one endorphin-producing eye candy rush that’s hard to pull away from. Accompanying the visuals is a fantastic soundtrack that tiptoes into 90s techno territory, which was a pleasant surprise that I wasn’t expecting. There’s no doubt about it — all the senses are pleased in Spaceflux!

What truly sets Spaceflux apart from the rest is its ability to make breaking dimensions work. There are several different maps with options to set the dimension-breaking rules, such as mirrored, a bubble dimension, or extending vertically or horizontally forever. Depending on the arena, this means that you can destroy the floor and fall in perpetuity or make your way to the center of a pyramid only to find yourself on top of it again. Even cooler, there are times when you can see yourself jumping around and shooting as you peer into a different dimension, which broke my brain a little trying to think of how it would work IRL but was super cool to see it played out here. 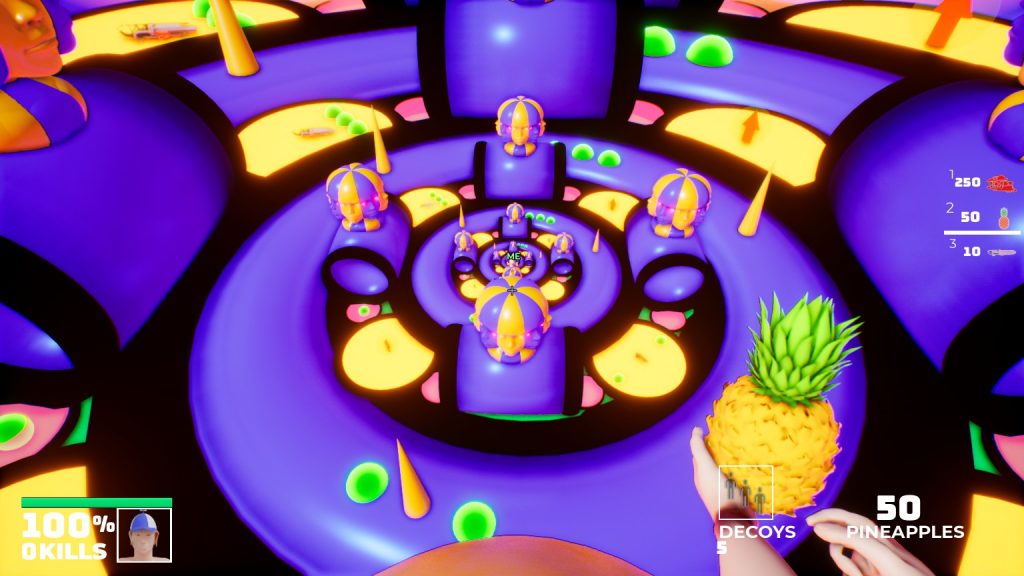 Although the game is pretty quiet right now, with the couch co-op option this means that Spaceflux is absolutely playable without requiring a hefty community. With that being said, a community does exist, so a match is only a Discord invite away. So while I don’t see this as being a true issue with Spaceflux, I know that it might be a turn-off for some players so it does need to be said.

Some feedback I have would be to make different loading screens that better explain the control scheme. There is a controls menu in the lobby, but it would be nice to be able to have little refreshers from time to time instead of just the same one. I tend to go in blind and didn’t even bother checking the control scheme, so I spent quite a bit of time fumbling around initially. Maybe I’m just rusty on FPS games, but it would have been appreciated. Aside from this and the fact that I have a major headache from the glory of the aesthetics (worth it), those are about my only gripes, so at this stage of game development, that’s definitely saying something.

Be sure to wishlist Spaceflux on Steam today!

Do robots dream of electric bonfires? They say imitation is the sincerest form of flattery. And if that old adage is true, then the folks at Deck13 Interactive sure…