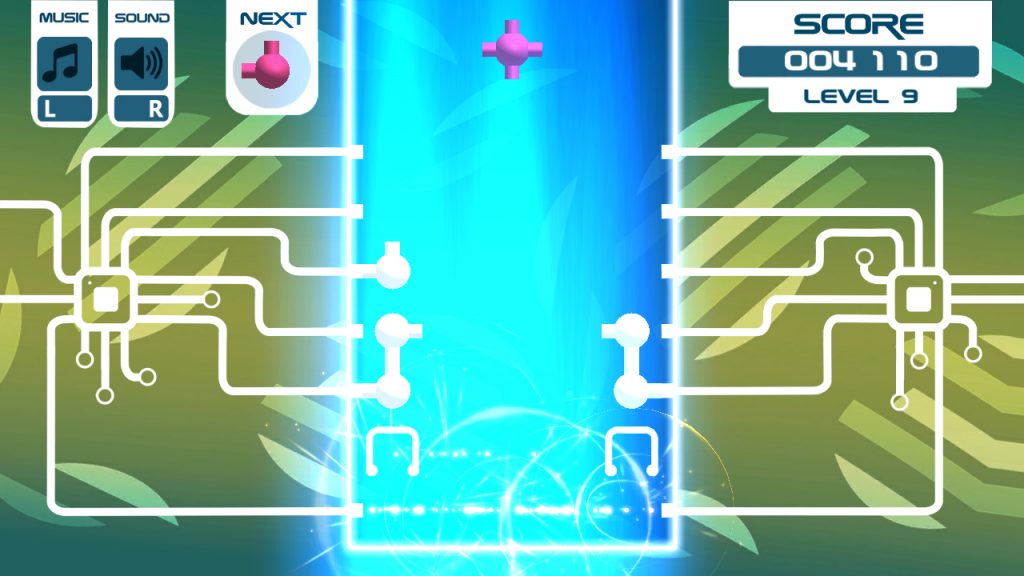 There’s a certain kind of gamer out there that’ll hear the word “Tetris” and come running. Hi. I am that gamer. Now, it’s not that I’m particularly good at Tetris (I’m not) or have some touching childhood memory about the day I discovered the title (I don’t); it’s more that it’s my generation’s version of solitaire, and who doesn’t love a chill game of something familiar? And hey, if there’s a little twist on it, all the more reason to dive back into the classic title, right?

That was my thought process going into Powertris, the Nintendo Switch port of the two-year-old indie mobile game. Developed by Red Dev Studio and published by No Gravity Games, Powertris is now available on the Switch console with some updated graphics to make the title shine over the mobile port. Of course, the mobile port is free, so… is the Switch port worth grabbing at all? Let’s start at the beginning: 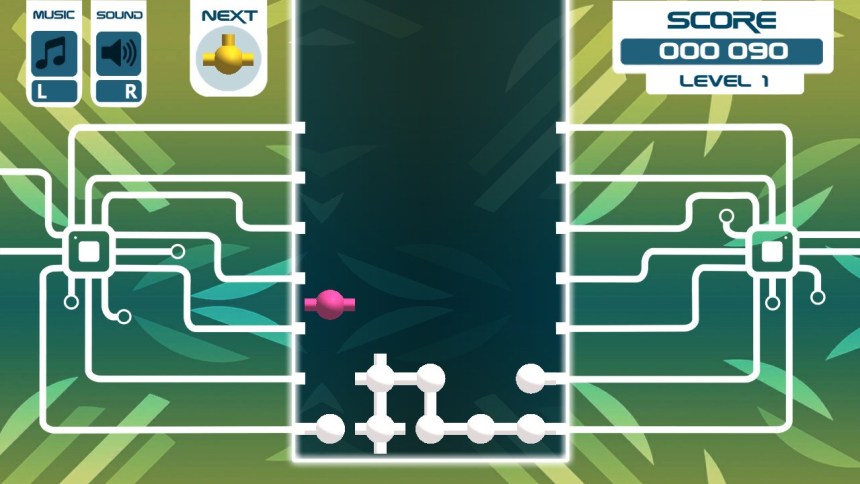 First, understand the concept of Powertris: different pipe types will fall from the top of the screen, with different ways to connect from the left side of the screen to the right. It’s not enough to fill a complete line in Powertris — you’ll have to make sure the pipes could ideally carry liquid or another substance over from the left side to the right side with no interruptions. Once a pipe is completed, it’ll disappear, making room for more pipes to be laid. If you have too many errant, disconnected pipes to the point where they reach the top, it’s game over, your high score will be collected and the game will start anew.

Got the basics? Cool, because the basics are the extent of Powertris. There’s not much else to it. Just let pipes fall until you fail, collect your high score, and try, try again. And to be honest, after hearing that there’s a mobile port, I downloaded that to see how it played, and it was actually the superior version. Where the mobile port played in portrait mode, which is intuitive for things falling from the top, the Nintendo Switch version tried to recreate but ultimately felt like it had less room for maneuvering. Normally this wouldn’t deter me, except there’s a lot more thought process needed for the differing pipes and simply not enough room or time to execute moves. Coupled with frequent joycon drift causing gameovers immediately after starting, Powertris on the Switch was an incredibly frustrating experience. 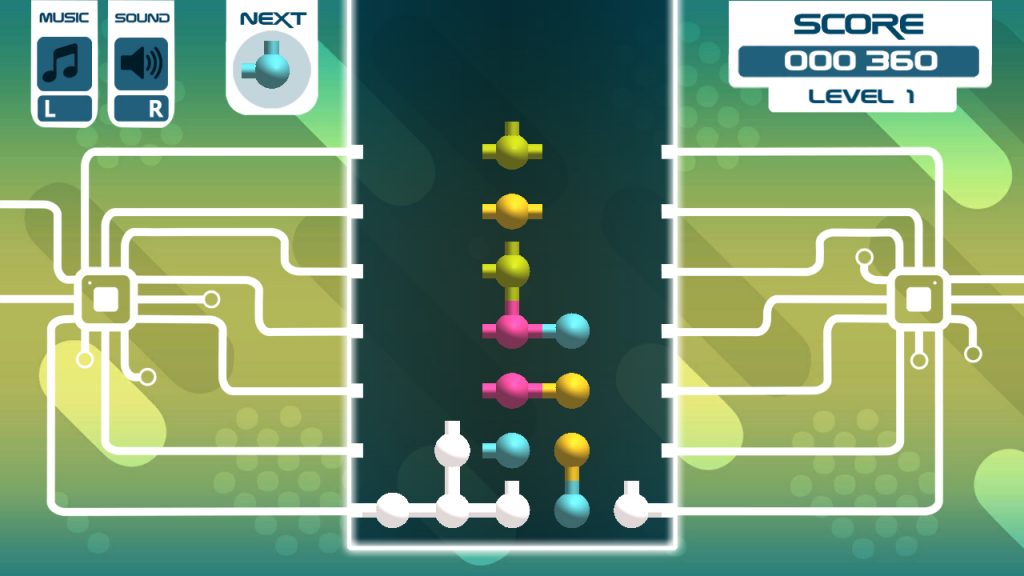 Additionally, the controls were just better on mobile — I didn’t realize you could rotate the pipes until trying it out on my phone first. I’m sure the tutorial addressed it, but it was a largely forgettable experience so I’m finding it tough to remember if it does indeed mention it. And I’m not sure about the ratios of pieces given, but there doesn’t seem to be any scaling — I can get stuck with multiple dead pieces in a row from the get-go, not breaking in beginners at all to get them used to the game.

With that being said, I think Tetris fans who have destroyed everyone within their immediate vicinity with their Tetris skills might like the title. Taito’s Tube-It does this concept better, but that’s not to say that Powertris failed entirely. It’s just that it doesn’t do it better than the mobile version, and since that’s the free one, it’s pretty hard to recommend the paid version over it. In fact, if this concept interests you at all, I implore you to download the app and try it for yourself on iOS. I mean, you’re here anyway, might as well.

Powertris has a solid concept. It does. And playing it on iOS proved that it works. But something got lost in translation when moving to the Nintendo Switch, and unless you’re a diehard Tetris fan who really needs something different to learn how to master, I can’t see the appeal. If you’re remotely interested in the title, grab it on mobile first for a test run; otherwise it’s best to lay these pipes to rest.

Full disclosure: This review is based on a retail copy of Powertris provided by the publisher. 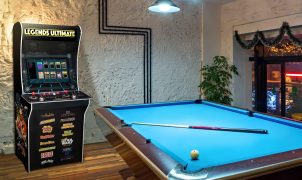