Can I speak with you in private?

Like all things, it starts with the idea. A person that has to go against the world versus some uncommon threat or enemy. Something that forces them to step away from the norm and rise to the occasion. Because normal doesn’t work anymore. And monsters have come knocking at the door. Creating a survival horror game isn’t necessarily a difficult formula to crack. The trick is to find creative ways of going about it. Which is exactly what Cover Your Eyes succeeds at doing.

Developed and published by StarSkipp, Cover Your Eyes is a unique take on survival horror. It’s an adventure shooter created using 2D pixels with an overhead view. Set to release on November 6th for PC, the game is very much both a love letter to survival horror games, such as Silent Hill and Resident Evil, but also a tribute to old-school run-and-gun and 16-bit video games. 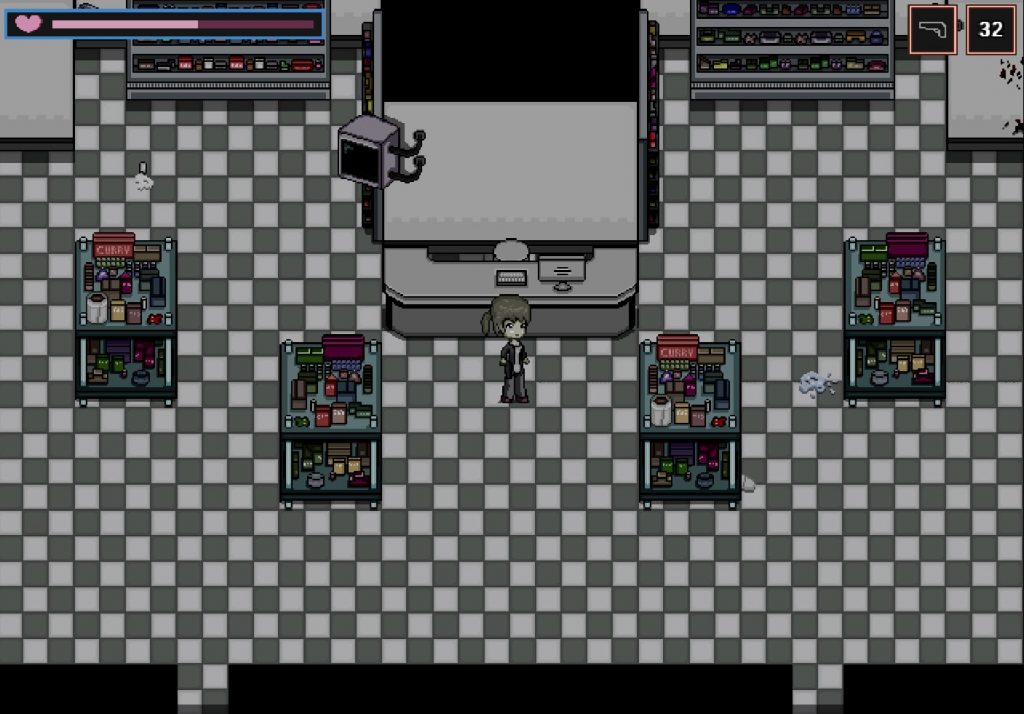 These are the opening words that introduce Chloe, an infamous ex-cop and mother of two. On the worst night of her life, Chloe discovers her husband’s scandalous infidelity. Before being able to confront him, she’s swallowed along with the town by some sort of strange supernatural catastrophe. One where horrifying monsters have taken over and killed almost everyone. Driven to keep herself and her family alive, Chloe seeks to get her children and husband out of this nightmare. She’ll learn many secrets about the nature of this disaster along the way.

Now, for an adorable 16-bit designed character, Chloe is a serious badass. One with a very dark origin story. She is famous for stopping a serial murderer known as the Emoji Killer. In the process she was fired for using excessive force on his mutilated corpse. It’s something that obviously still bothers Chloe. As seen throughout the gameplay, she is often haunted by ghosts of the past. As far as backstories, this game is pretty traumatic and emulates some of the best psychological horror I’ve seen in a long time. Mostly, because it feels a tad too genuine. Which makes sense, given that the game’s creator pulled from his own personal experiences as a form of self-therapy.

But where Cover Your Eyes really shines is in its magic trick. Without spoilers, I’ll admit that this is one of those games where you should probably pay closer attention to the details. Both in-game glitches and what’s actually right in front of you all along. I guess a vague way to describe it is that there’s this rather incredulous anomaly that’s sort of breaking this game’s reality. Something that accentuates this story in ways I didn’t realize until the journey’s end. It’s such an original story, with a unique payoff that I absolutely loved and think other players will enjoy it too. 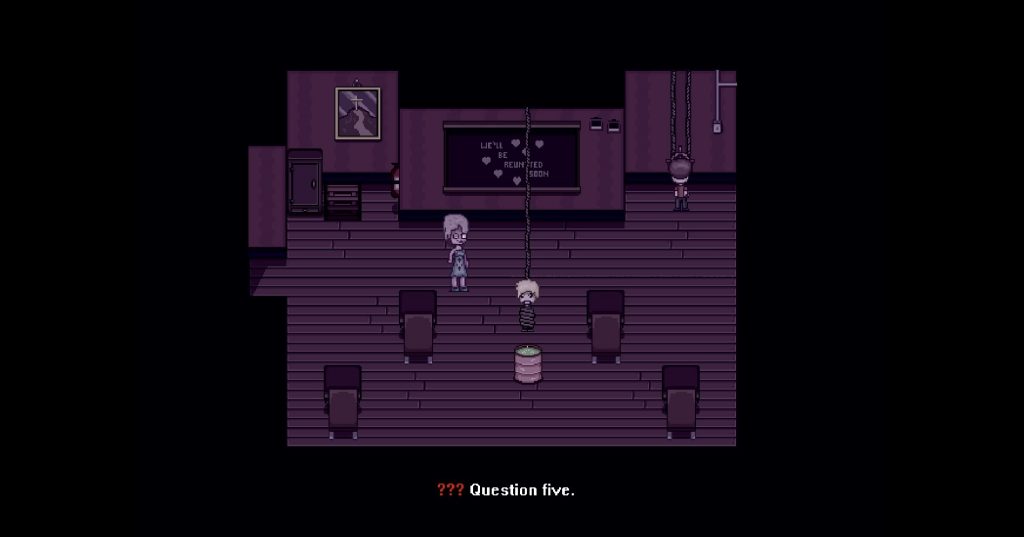 Originally conceived during 2013 in response to the RPG Maker horror genre, Cover Your Eyes is done entirely with hand-drawn 16-bit pixels. It’s filled with beautifully crafted environments, creative level design and tiny intricate details. There’s a lot of fun pixel art in this one, like an art gallery of body horrors, or a nightmare school filled with murderous children. Though hands down my favorite level, and one I think most players should experience, is the insides of a horror monster’s body temporally spaced inside of a building. 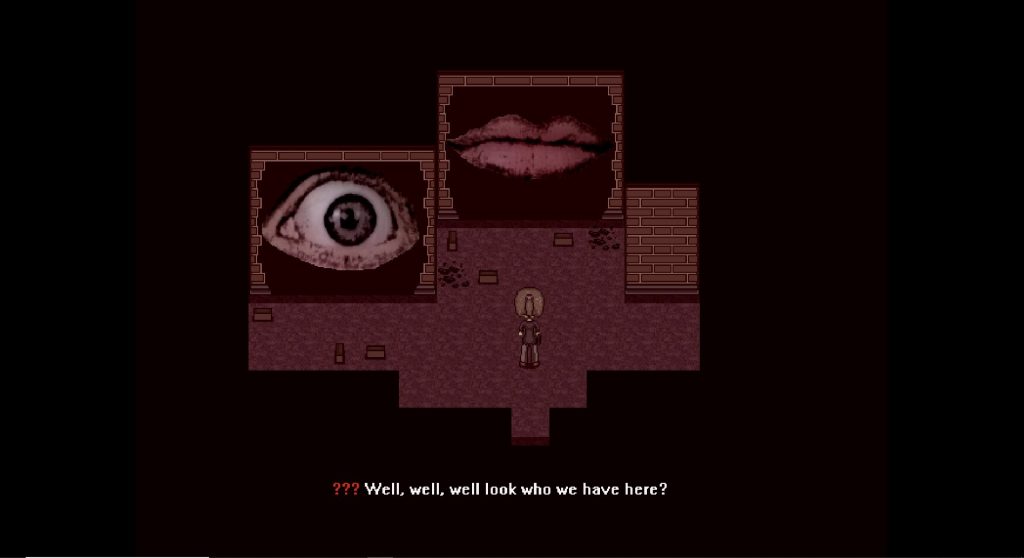 In most areas Chloe can try and find ammo and health syringes which are usually shiny but not always easy to see. The rooms are surprisingly well crafted and distracting, with an emphasis on corridors and style. Long hallways in this game are utilized for some of the game’s gun mechanics, as monsters litter the level’s different rooms and are based off body horror. Atop of all this chaos, there’s also small attention to details in the sprites. The family cat which serves as the game’s savepoint, but also somehow defies death and reality. The Silent Hill sirens and ambient noise, that’s both invigorating, weird, and distracting all at once. There are also messages littered throughout meant to speak to the deteriorating mental state of Claire. It’s in these little easter eggs where the game is surprisingly layered, as everything sort of makes sense by the time you reach the end.

The only issue I had with the design is that the sprites emphasize breathing by moving up-and-down. This is an homage to the classic games like Mega Man, because of the designs and emphasis on eye features, but it serves to be a little too cute at times. It makes the moments seem a little childlike, which often contrasts dramatically with the game’s more serious tone. 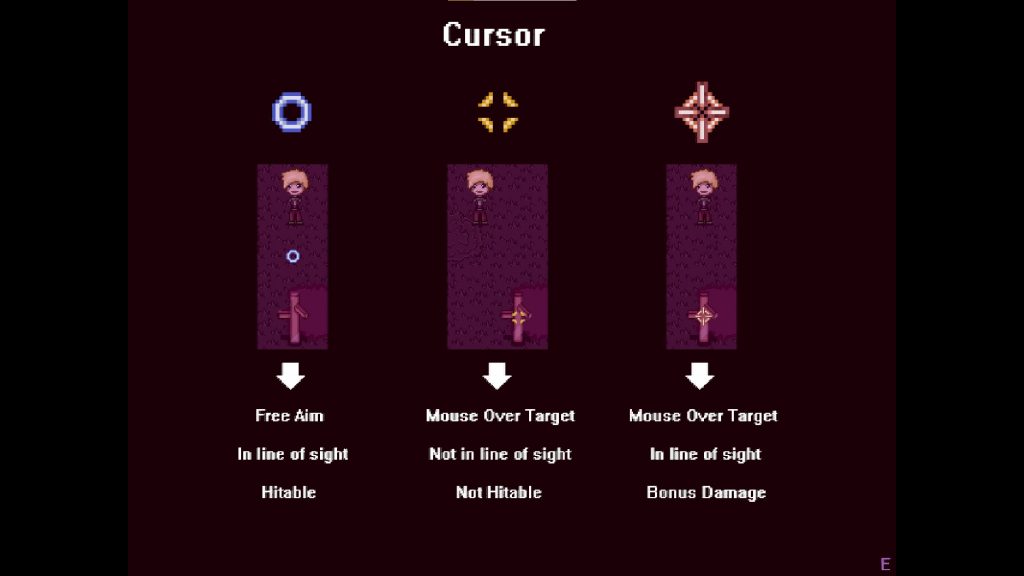 In Cover Your Eyes, you play using traditional shooter movement controls and mechanics while moving on a 2D overhead plane. The aiming system is to aim in lines of sight as seen above, but each type of monster featured in the game moves at slightly differently speeds. Some fire back at you, while others have different movement patterns and hit points altogether.

Likewise, taking a monster down means it’s forever gone from that location, but you’ll have to pick and choose your battles as there are not enough resources to initially take everything down. Running around an enemy is oftentimes a better solution, especially in enclosed spaces where you’ll likely be overwhelmed by the sheer speed of attacking creatures. On top of this, there are also boss fights in this game and even its own version of Resident Evil’s Tyrant. 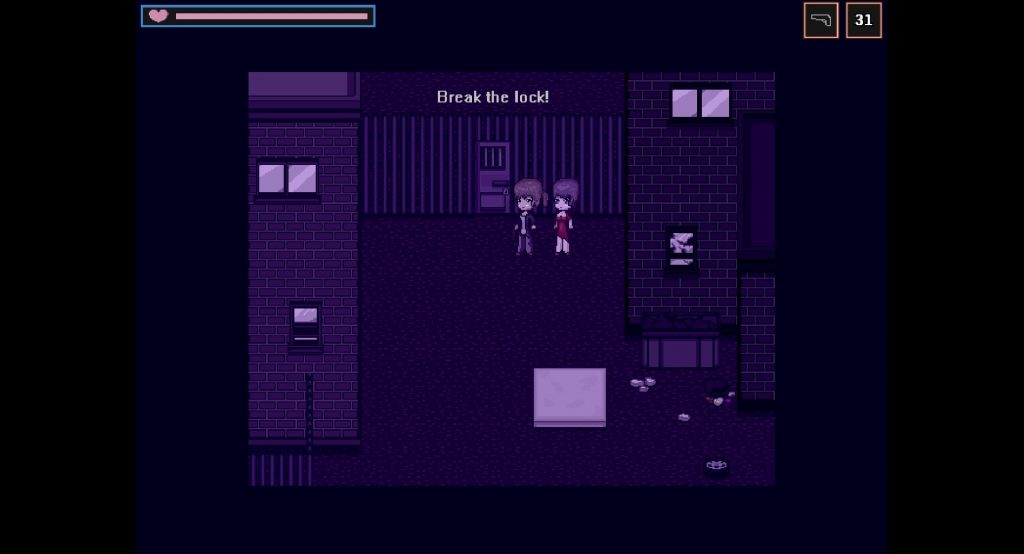 Like most survival horrors, levels consist of progressing to the next location by finding keys and unlocking rooms. You’ll also have to manage your supplies and look for ammo, along with syringes to keep your health up. You’ll also notice that getting Chloe’s kids injured also takes away from the health bar as well. As the game progresses, so do the monster’s level of difficulty. However, there is one caveat as your arsenal of weaponry increases as well. Things like shotguns, rifles, and AK-47s make a huge difference against the creatures, as battles become more unpredictable, and actually keep players on their toes. By the end of the game, Chloe will have unlocked a large arsenal of weapons. By the time this happens, the gunplay kind of becomes the focus of the game and leaves players feeling oddly empowered compared to the earlier levels. The only issue with the combat, however, is that after a cutscene the equipped gun switches automatically back to Chloe’s handgun, and sadly switching weapons was not that intuitive. You also get allies later to aid in combat, who thankfully have unlimited ammo and their own array of excellent weapons. All for a surprisingly fun monster-slaying portion during the last quarter of the game.

It’s Unafraid to Go There 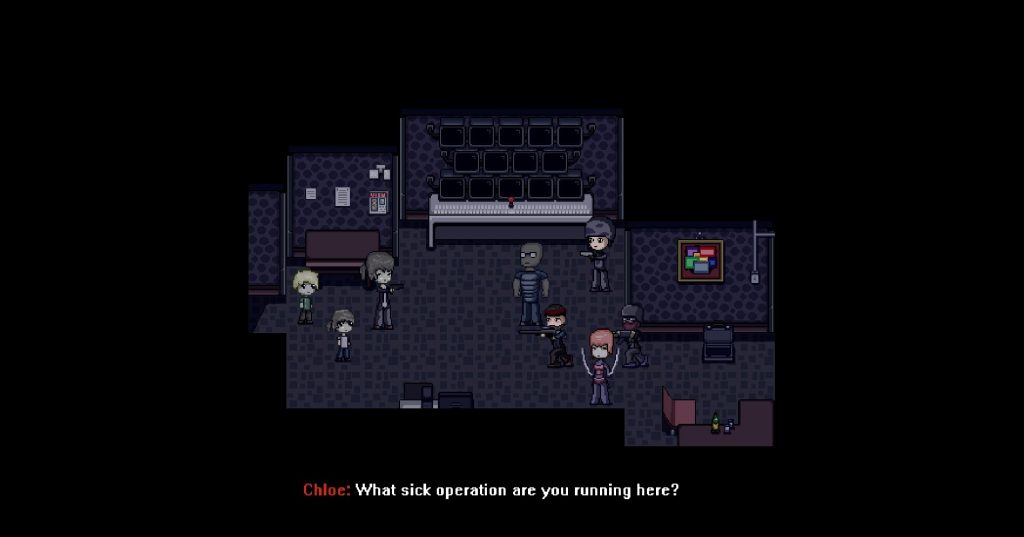 I was genuinely surprised with where Cover Your Eyes went as a story. The pacing escalates rather well and imitates the best of the Silent Hill and Resident Evil series. Challenging as it was initially, I actually grew to actually enjoy the old school 2D shooter gameplay by the game’s end, as the developer did a great job of bringing this all together. The game is definitely a playful take on survival horror, with a surprisingly original ending I don’t think most people will see coming. 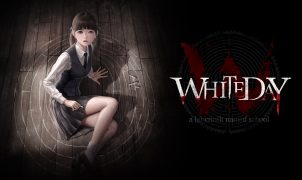 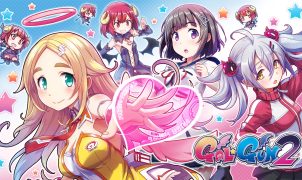