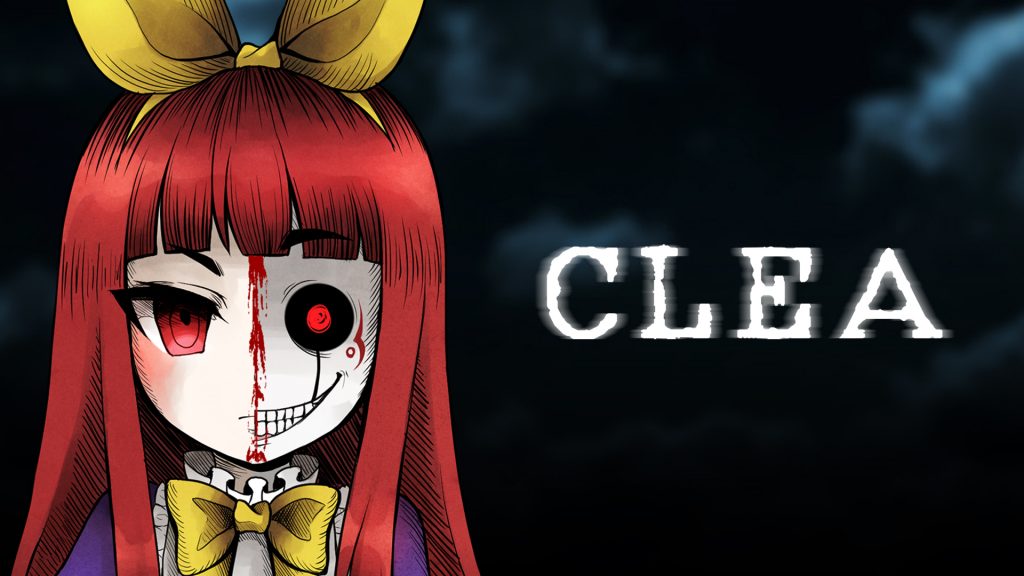 Clea is most definitely a game that I’d call a “hidden horror gem.” I had actually never heard of it before reviewing it on the Switch. Did you know that it released last year on Steam and that a sequel is slated to release next year? I sure didn’t up until not too long ago! But that didn’t stop me from wanting to dive right in. It looked like a fun indie horror title, and it carried with it a very bold claim to instill fear within its player’s hearts without resorting to jump-scares. You’re telling me that you’re going to scare me without resorting to the oldest and easiest trick in the book? It was something that I had to see to believe—and, after emerging from Clea victorious, I can promise you that what it says isn’t a lie.

Clea is a unique horror game for several reasons; an impressive feat, given how short the game is. It boasts unique mechanics, a chilling atmosphere, and can be beaten in well under an hour (especially if you know what you’re doing). It’s basically the perfect Halloween treat, and it isn’t difficult at all to see why. 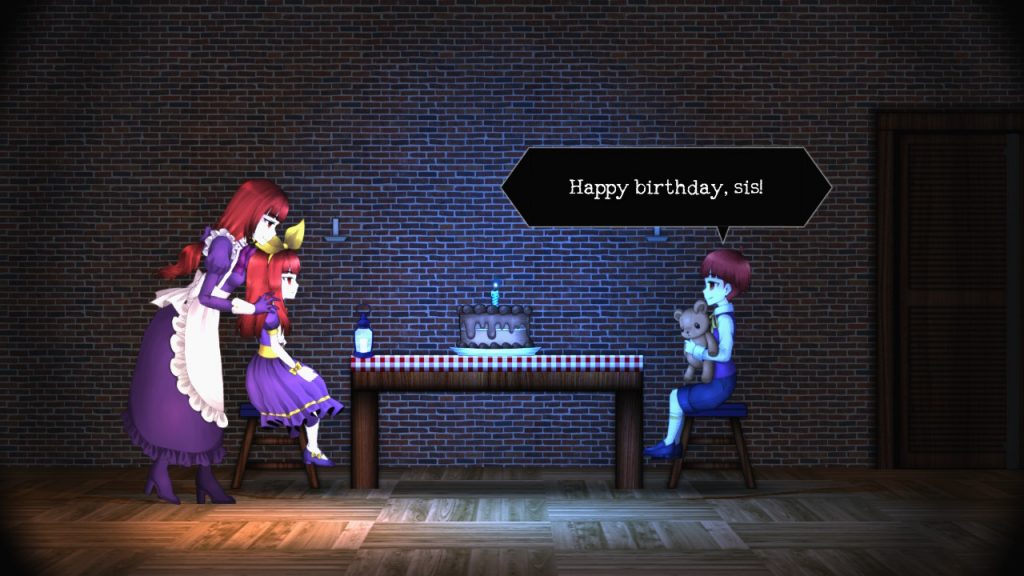 This is the happiest portion of the game, and it already looks pretty dismal.

Clea‘s story is a simple tale of a not-so-normal girl who just wants to live a normal life. Beginning with what could only be called a “Birthday celebration” in the most technical and dreary of senses, Clea’s party is soon interrupted by the arrival of mysterious humanoid creatures known as “Chaos Servants.” While her maid promises to investigate the problem while dashing off, Clea’s ever-growing uneasiness over the situation soon spurs her to investigate the problem herself—alongside her younger brother Ed—setting in motion a life-changing series of events stemming from a problem that can no longer be kept at bay.

Being as short as it is, Clea doesn’t have time to tell any kind of overly detailed story, and instead takes a more minimalistic narrative approach. The bulk of Clea’s story, which details her inward struggle with an otherworldly entity over her own body and outward struggle to escape, is told through cutscenes that occur in-between each portion of the game. While Clea‘s story does leave plenty to the imagination, the main story still manages to make the most important parts of its story readily available for players. 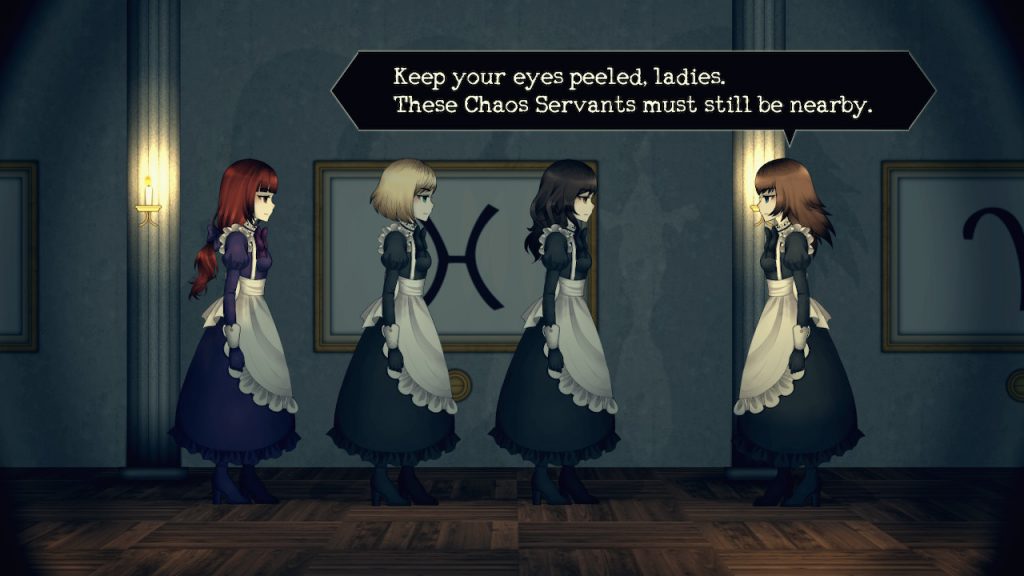 Clea’s also got some pretty nice voice acting, if I do say so myself.

Not everything concerning the story is given to the player so freely, however. Within Clea‘s narrative, there is a seedy underbelly whose contents provide a clearer, albeit less happy, look at the details surrounding the events leading up to the beginning of the game. Like all secrets, these extra parts of the story must be sought out by players. These additional story elements are, in my opinion, a prize absolutely worth seeking (especially if you want the true ending) and only further point out Clea‘s ability to tell a story without needing to go into too much detail. 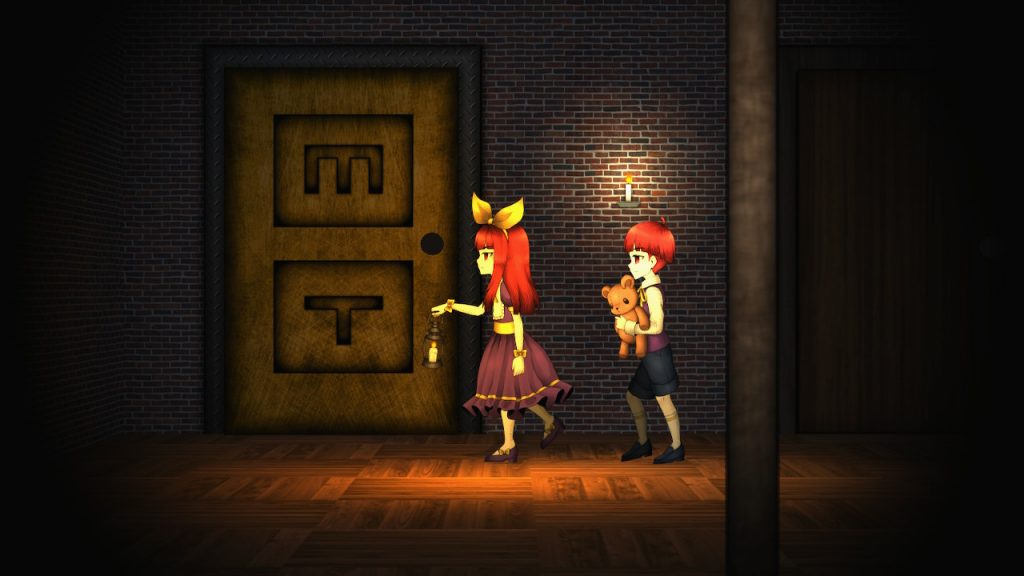 All you need to do is make it to the exit of each section. Easy-peasy, right?

Clea provides a simple-yet-fresh take on the tried-and-true 2D survival horror genre. The entirety of the game occurs within the Whitlock family mansion—the assumed home of Clea—and, like most other games of its kind, tasks the player with exploring their surroundings to escape while solving the occasional puzzle along the way. Don’t expect things to go the same way they have in other games, though, as Clea has some twists in store for players.

One of the first and more notable things about this game is that it doesn’t focus on free exploration. Sure, the game never permanently locks players out of past locations, but it also never—save a single, specific time—encourages them to go backward to progress. To further cement this in, Clea actually divides itself up into levels (which I’m not sure that I’ve ever seen before in a game like this), with each segment of the Whitlock mansion containing its own segment and even goes so far as to include separate, self-contained completion times and challenges. Speedrunning and achievement-collecting are nothing new in horror games, but the fact that these things exist within nearly every segment of this game gives Clea a unique feel for a horror title and makes it easy to pick up put down. 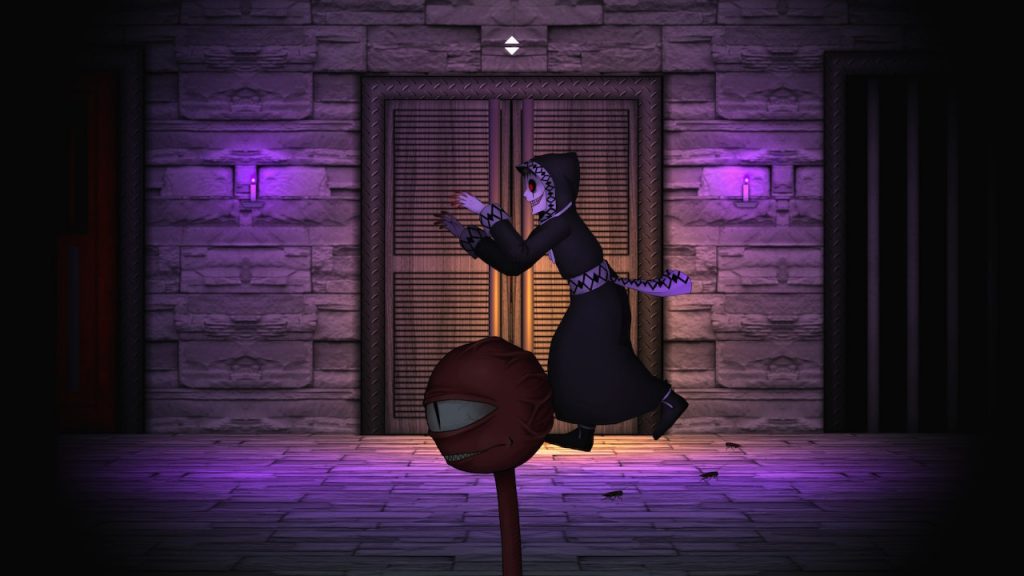 The second and even more notable thing about this game is how it handles survival. Running away and hiding from monsters isn’t anything new, but the way that Clea handles it doesn’t exactly line up with the norm. Like many horror games starring child protagonists, our red-haired heroine, despite basically being possessed by a demon, isn’t in any state to stand up to the horrors skulking around her home; one hit and you’re donezo. Naturally, this means that the only way to escape is to make sure that nothing sees you—or to run like hell if something does—and this is where the game starts to veer off-course and head in its own direction.

Clea relies very, very heavily upon sound. Almost everything and everyone makes a noise in this game, and both you and your enemies are at least mildly aware of each other’s general locations. This means that if you do something like run down a hallway, press a button, or flush a toilet (which is actually a diversion tactic), whatever’s gunning after you will almost immediately pick up on your location and head there as fast as they can. Fortunately, while your fanatical foes are terrifyingly strong and fast, they’re also pretty dumb—so long as you hide in any of the conveniently-placed closets precariously strewn about the mansion, you’re fine. For the most part, these mechanics are done very well. Nothing ever felt unfair, and everything worked as it should. Personally, I would have liked to see some more creative ways to hide, as the locations of some of the closets bordered on being comical, but there’s no denying that Clea used everything that it had very well. 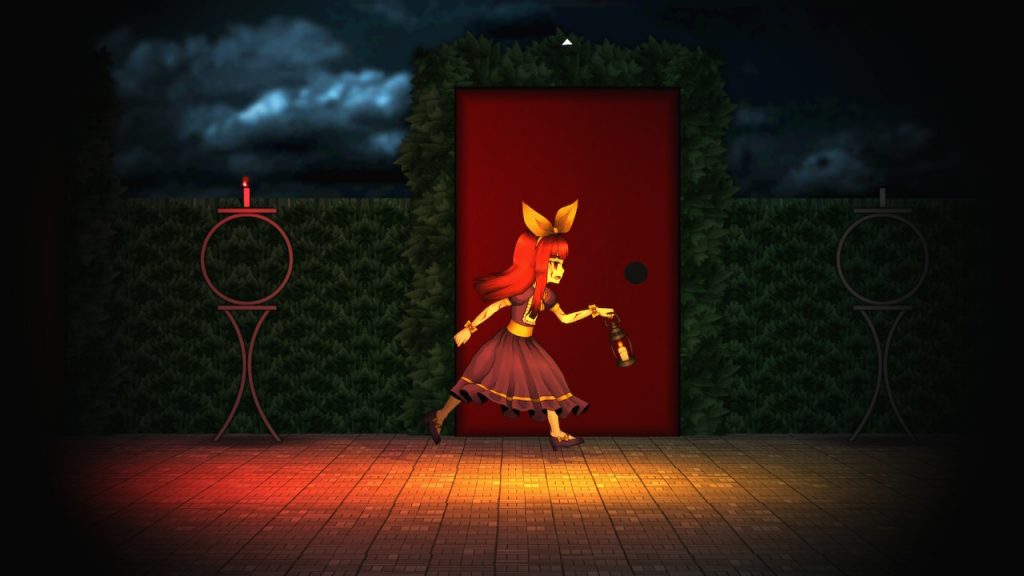 Enemies aren’t the only ones who can make use of sound. To survive, players must also use their ears to figure out what’s going on. This is, by far, the most clever part of Clea. 3D sound is something that’s always seemed underused in video games, and it’s great to see Clea using that kind of sound manipulation to enhance the gameplay experience so much.

Clea‘s use of sound is also how the devs managed to make the game scary without resorting to jump-scares. Trying to figure out what room enemies are in or how far away they are from you is absolutely nerve-wracking and ensures a decently high tension level for players throughout most of the game. Because enemies are allowed to wander freely—with loading zones being their only true barrier to entry—there are almost no locations in this game whatsoever that are truly safe. To survive, you need to consistently be monitoring your enemy’s location to the best of your abilities, and it’s thrilling how well a game as small as this managed to pull such a mechanic off.

Quality as Clea-r as Day

With Halloween just around the corner, there’s never been a better time to snuggle up with a heart-pounding, fear-inducing, horror-themed video game. And, as far as said games go, Clea stands among my top choices for this year. Though it may be short, Clea delivers a truly satisfying experience, striking a fine balance between traditional gameplay and unique elements that all but ensures that it won’t be forgotten any time soon. Facing your fears can be scary, but it’s games like this one that also ensure that it’ll be fun, too.

Full disclosure: This review is based on a copy of Clea given to Hey Poor Player by the publisher.