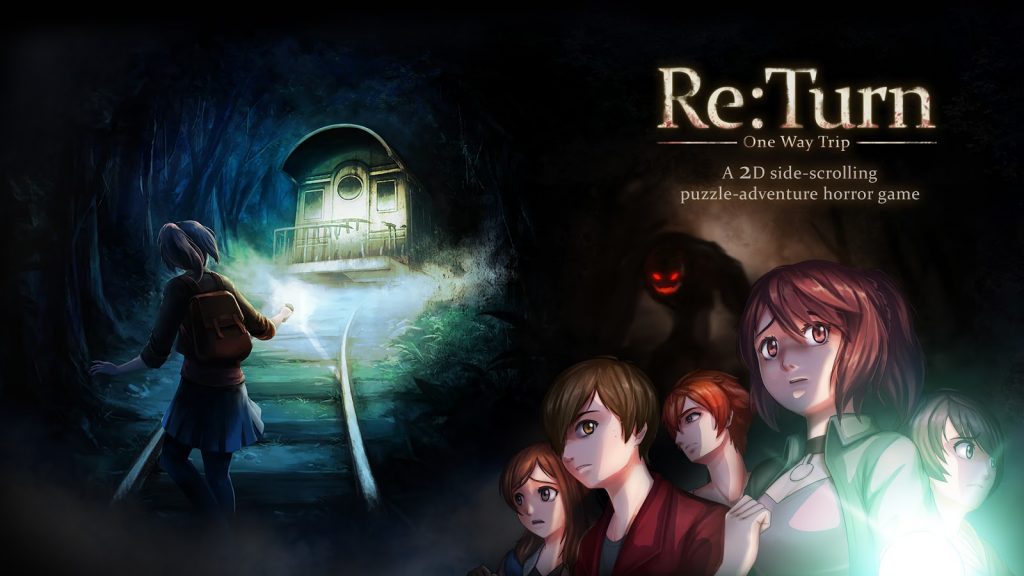 A little under two months ago, I previewed Re:Turn – One Way Trip. Obviously, being a preview and all, I couldn’t give a final opinion on it or anything, but I liked what I saw. It had a spooky atmosphere, an interesting story, and really seemed to be headed somewhere exciting—keyword there being “seemed.” In reality, however, the game never really had much of a final destination in mind. Instead, it seemed content to just seemed to continue onward without an end goal in mind—much like the train in which this very game’s ethereal excursion occurs.

Re:Turn – One Way Trip is a good example of what happens when you have a great idea in mind but no way to shape it properly. It does a great job of building things up but seems to forget that a buildup alone isn’t enough to carry a story fully. It’s OK if you want to continually egg the player on by making them feel as though something’s going to happen, but, to properly do so, something actually has to happen—otherwise, you’re left with, pardon my vulgarity, little more than “horror blue-balls.” And no one wants that happening to them.

A Midnight Train (Not) Going Anywhere 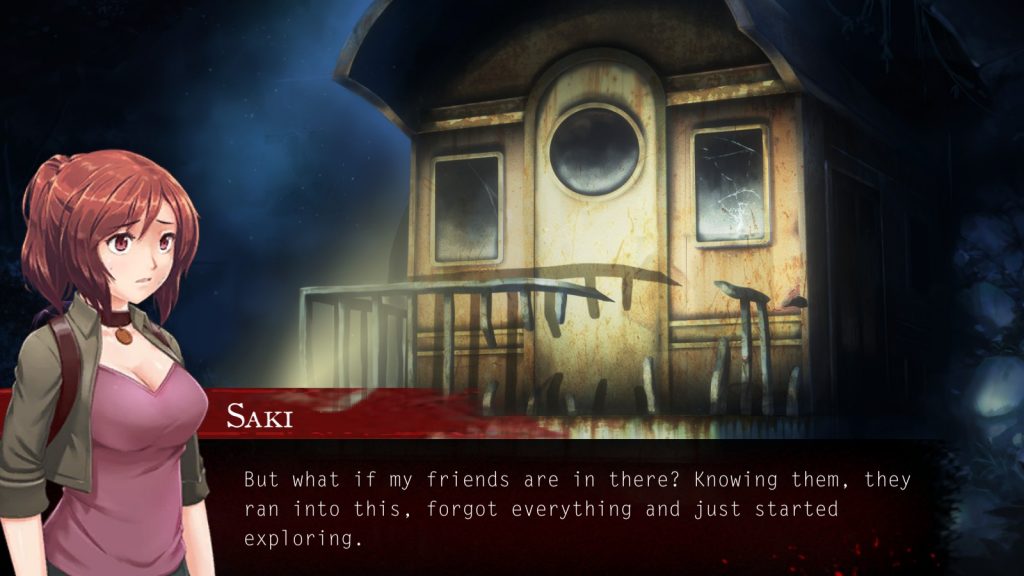 If that’s true, then you’ve got some worryingly brave friends, Saki.

Re:Turn starts out well enough, with a charmingly campfire-esque story about Saki—the game’s protagonist—her fiancé Sen, and her three friends Kazuki, Kanae, and Yuuti, setting up camp for the night while in the middle of a trip. While things start normally enough, Saki eventually stumbles across a love letter lying on the ground while looking for firewood—a love letter addressed from her, from someone other than her hubby-to-be. Chaos, naturally, ensues upon Saki bringing the note to everyone’s attention, and people (mostly Sen) begin pointing fingers at one another. Unfortunately, upset friends and fiancés aren’t even the worst of it. Saki, having eventually drifted off to sleep post-argument, wakes up in the middle of the night to find herself completely alone and, after a bit of exploration, comes across a run-down train. Thus, with four missing people to find and no other leads to go off of, Saki begins her quite literal journey through hell and back to save those dearest to her.

One of the most disappointing things about this game is how it handles its own story. I wasn’t lying in my preview when I talked about how intrigued I was with Re:Turn‘s narrative. Re:Turn‘s most substantial storytelling element is the narrative duality created by one of the game’s primary mechanics—time travel. Throughout various parts of the story, players will be inexplicably thrown back into WWII-era Japan, during which the train was not only operational but gorgeous and immaculate. Not only does this allow players to learn about how the train got to be the way it is in the present, but the fact that Saki & co. essentially have zero control over when and where this happens is intriguing and creepy in and of itself. Unfortunately, it never feels as though any of the buildup ever pays off. 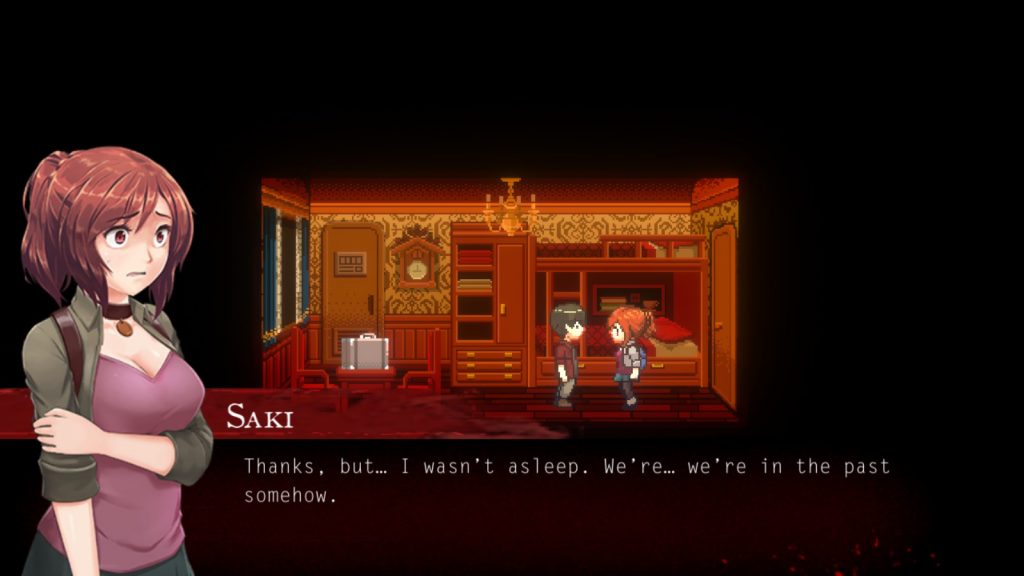 Suspense and intrigue are two of the essential things in a horror game. To some extent, Re:Turn is aware of this and even acknowledges it somewhat. Unfortunately, it never goes far enough. It’s easy to get lost in building up a story when creating it, and just as easy to get lost when reading or playing through it. And, as a general rule of thumb, the more variables you can put into play within a single story, the more exciting it becomes. Re:Turn does fine with this. However, it forgets that, after narrative tension, there needs to be a payoff. You can throw in as many “what-ifs” as you’d like to keep the player hooked, but you also need to provide closure to a player at the story’s end. You need to make sure that the end of the game actually feels conclusive.

Re:Turn never really gets anywhere close to feeling conclusive. Rather than making its story into a proper “hill,” where there are both ups and downs, this game’s story is more akin to an endless upward slope; you want to know what’s on the other side, but climbing for so long with no end in sight is also tiresome. Supposedly, this game is going to have a sequel. If that’s the case, then I can cut some aspects of this game’s story some slack. However, sequel or not, this game’s story still needs to have a sense of finality at its end in some form or another. Failing to do so is not only frustrating from the standpoint of the player—who just wants to know what the heck is going on—but also seems somewhat greedy, as the devs, even if unintentional, are essentially telling you that you need to buy the second game if you don’t want to remain absolutely clueless—an act which doesn’t sit well with me.

Got Me Running in Circles 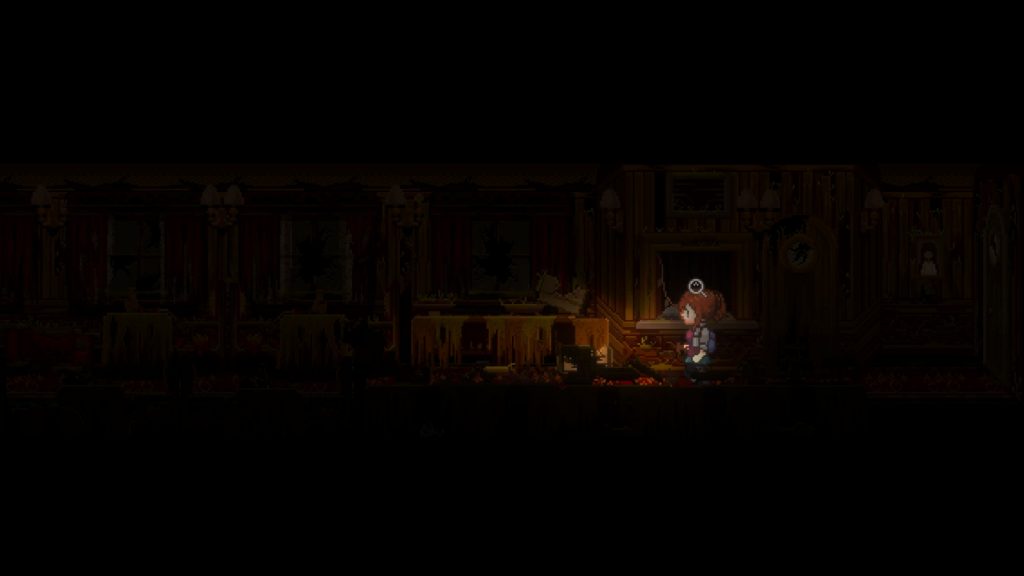 No need to worry bout getting lost!

Usually, when I hear a term like “puzzle-adventure horror game,” I think of something like Clock Tower (The First Fear) or The Witch’s House—a game that focuses on puzzle-solving and exploration but doesn’t skimp out on placing the player in danger when the game calls for it (which is almost always with those two games, I suppose). Naturally, I was expecting something like that out of Re:Turn as well. But I shouldn’t have, apparently. It seems as though Red Ego Games was intent on sticking to their description of the game as literally as possible because exploring and solving puzzles are, save one specific portion, quite literally the only things that you’ll be doing in this game.

Now, I need to give credit where it’s due; the gameplay itself isn’t bad. It sports a straightforward cycle that sees players walking around the train to collect items and clues and then using said spooky spoils to solve a puzzle. It’s a very standard approach to a horror game, and, aside from the fact that there was a little too much (literal) back-and-forth, I enjoyed it. It’s easy enough to figure out what it is that you’re supposed to do so long as you think about it, but rarely so easy that it becomes entirely dull. But, as you might have guessed, we’re missing something here… horror. 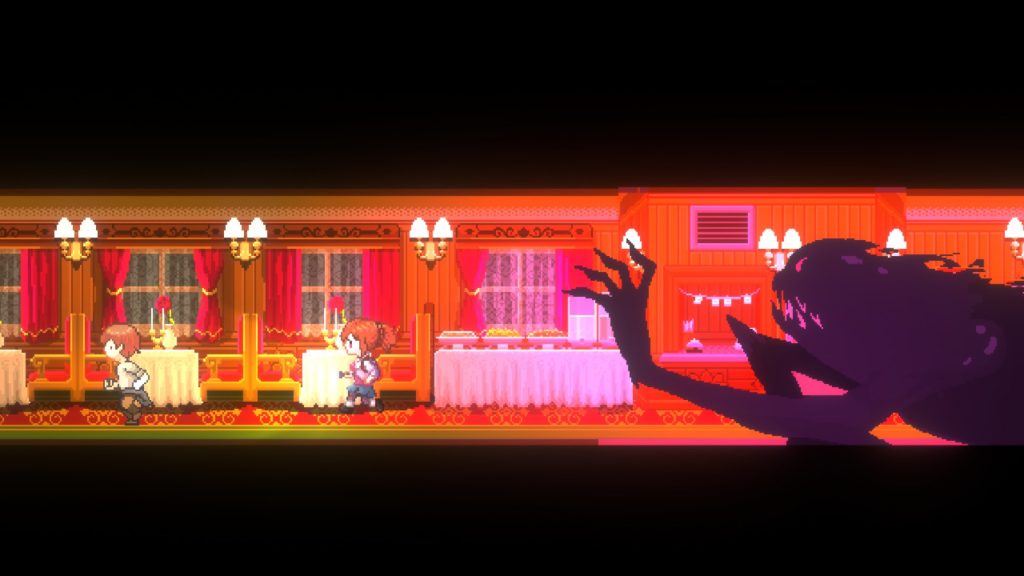 Enjoy running for your life while it lasts!

I’ve played plenty of games that make sure that the player never feels safe, but never before have I played a horror game that makes the player always feel safe. While the train, as creepy as it is, might put you on edge for a while, there eventually comes a time when you realize that, despite how dangerous things appear to be, nothing bad has happened to you outside of cutscenes. There’s a single chase scene that requires nothing more than the player running left, and the ghosts that you run into are either helpful or don’t do anything more than block your way and scream at you. Game Overs are nigh impossible to run into, and if you do run into one, you can continue right where you left off. As ironic as it might seem, the scariest thing about Re:Turn is that it is almost entirely devoid of scares.

I realize that Re:Turn might have cut out the player-chasing monsters and cheap deaths to focus on the gameplay. While most horror games thrive on making the player feel threatened, threats are not an actual necessity. But what you need to do if you decide to remove threats from a horror game—and what Re:Turn failed to do—is find other ways of making the player uncomfortable. Yume Nikki is a wonderful example of this. The game poses very little threat to the player—there are no game-overs, and the worst an enemy can do is make you wake back up. To put it bluntly, there’s no real danger. But the game doesn’t want you to know that. Because the game can’t actually hurt you, it does its best to make it look like it can hurt you. Everything—from locations, to creatures, to sounds—is surreal and often incredibly uncomfortable to interact with, effectively creating a consistent sense of distress in the player despite not actually being able to hurt them. By refusing to hurt the player while simultaneously failing to make the player think that they can be hurt, Re:Turn ultimately struggles to keep the player on their toes by the end of the game. 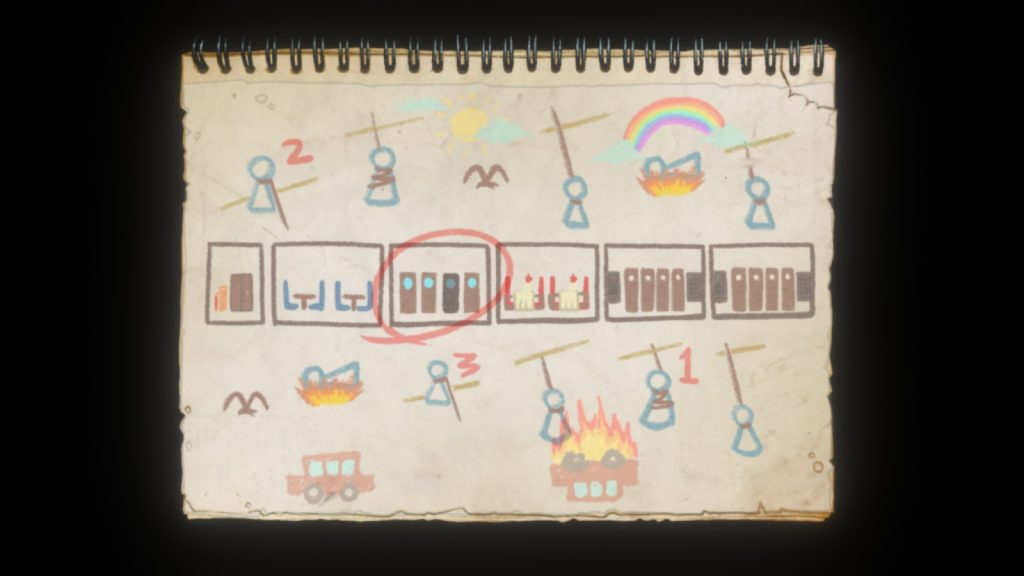 Honestly, the puzzles are pretty good!

For everything that Re:Turn does incorrectly, it’s surprisingly spot-on with its puzzles. In true horror-game fashion, many of this game’s brainbusters aren’t set up in ways that immediately give you answers. Instead, you’ll need to work with clues that you’ve been given. Difficulty also scales appropriately with player progression, meaning that things don’t start getting tough until the end. Aside from the fact that some of these puzzles go on for a little too long, I’ve got nothing bad to say about this portion of the game. Kudos for the creativity!

Re:Turn – One Way Trip is a game that promises a lot but doesn’t deliver on much in the end, and I’m not entirely sure how that happened. Its story is set up well, it sports a fittingly creepy location, and there’s an obvious amount of both talent and love put into this game. Given that a sequel to this game is supposedly in the works, I haven’t given up on this series entirely—but it’s going to really have to try hard if it wants to avoid dropping the ball as many times as this game did.

Full disclosure: This review is based on a copy of Re:Turn – One Way Trip given to Hey Poor Player by the publisher.