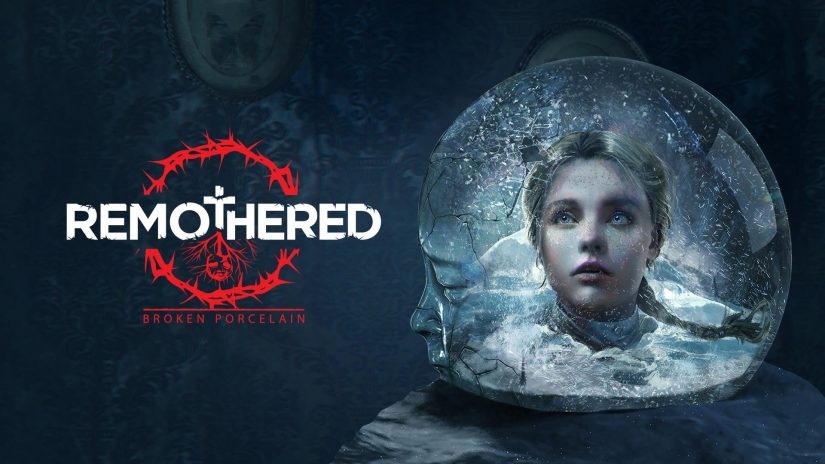 After experiencing the opening hours of Remothered: Broken Porcelain last month, I walked away with high hopes for what Italian indie developer Stormind Games was cooking up for this follow-up to 2018’s Remothered: Tormented Fathers. After all, that initial slice showed plenty of promise with its spooky atmosphere, thrilling chases, and clever puzzles. So when the review build of the PS4 version of the game landed in my inbox just in time for Halloween, I couldn’t wait to see what was in store.

Unfortunately, little did I know then that I had already experienced some of the game’s best moments during that preview. While Remothered: Broken Porcelain shows flashes of promise with its genuinely engaging story and excellent characters, a near-constant barrage of game-breaking glitches plagues the entire experience and ultimately proves to be the scariest thing lurking in the corridors of its cursed hotel.

Welcome To The House Of Horrors 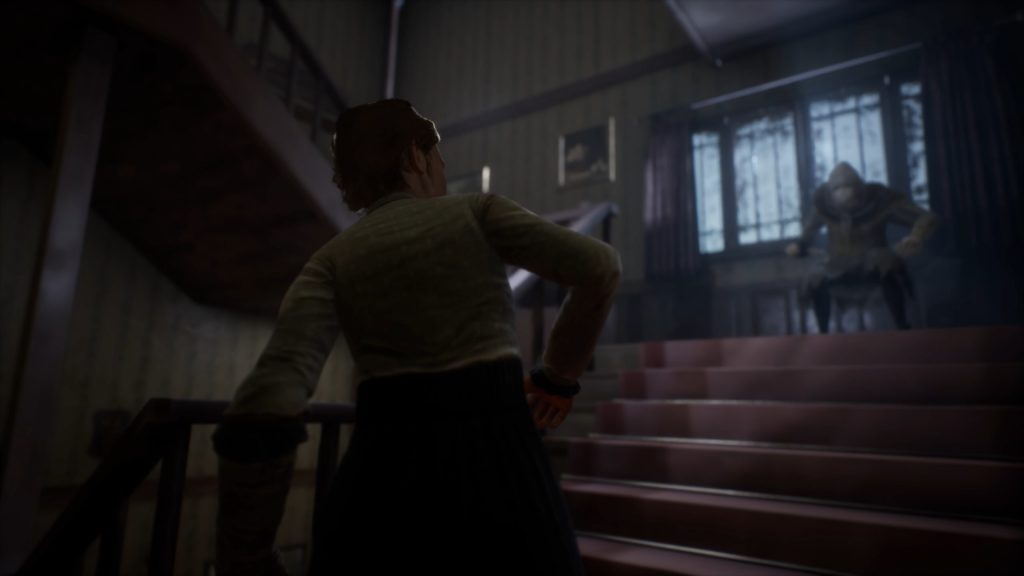 This creepy masked stalker will pursue you for much of the game’s story.

Before I get into the nitty-gritty, here’s the rundown on what Remothered: Broken Porcelain is all about. The game serves as both a sequel and prequel to the events of Remothered: Tormented Fathers, expanding on the established lore of the series while plugging some of the holes in the previous game’s story. While the game puts you in the shoes of a small handful of characters, you’ll spend most of your time as Jennifer, who, after being expelled from the Flemmington Girls’ Institute, finds herself working as a maid at the Ashmann Inn. However, it doesn’t take long before the proverbial shit hits the fan, and she’s forced to fight for her life against a motley crew of killers that would look right home in any cheesy 80s slasher flick.

In its opening moments, Remothered: Broken Porcelain shows so much potential. After you witness a mysterious incident late one night, Andrea, Ashmann Inn’s hostess, suddenly becomes enraged and begins stalking you through a wing of the hotel. What follows is a crash course on the game’s stealth system. Here, you have to outwit Andrea by hiding in cupboards and steamer trunks before eventually bringing her down with brutal stealth attacks.

I loved sneaking around and rummaging for ingredients to craft bombs and other diversions to use against my possessed pursuer before she could ram a pair of shears into my head. The problem is that the game pretty much ditches these concepts almost as soon as it introduces them. Remothered: Broken Porcelain quickly eschews these exciting, open-ended encounters. Instead, it tosses the player into incredibly linear situations against unbeatable foes, leaving the puzzle-solving, crafting, and stealth attacks in the dust as it barrels towards its bloody climax. 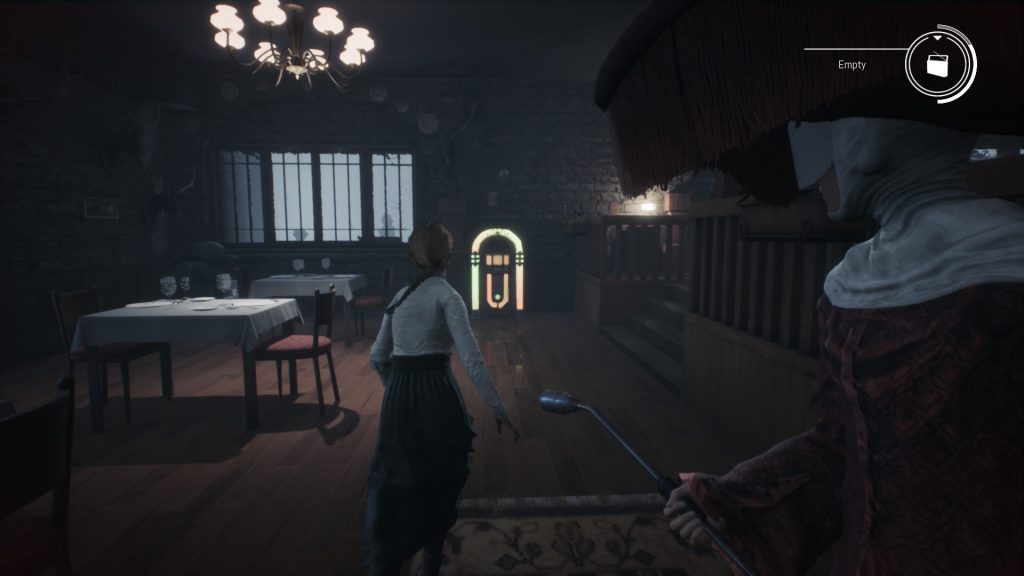 Honestly, while the game’s sudden change in direction is disappointing, I could have lived with it because the story is nothing short of fascinating. Featuring a host of interesting characters and some genuinely unsettling plot twists, it’s some top-tier stuff that I think fans of the original game will love. It’s just a shame that while Remothered: Broken Porcelain’s story attempts to conjure the spirit of horror classics like The Silence of the Lambs and The Shining, the game itself is buggier than Arachnophobia.

Remothered: Broken Porcelain‘s technical gaffes are apparent from the moment the game begins. Right out the gate, I hate to crank up my soundbar to its maximum volume to hear the voices of characters during cutscenes that stuttered jarringly during transitions. Of course, these are only minor issues in the grand scheme of things. The glitches start to run rampant as you progress through the game.

The game’s glitches come in all shapes and sizes. Occasionally the camera becomes lodged in the chest of your pursuers. More often than not, contextual prompts decide not to appear at all. This can prevent you from doing little things like picking up weapons or items. This happens to be the game’s most pervasive bug, and it can be a game-breaking experience. For instance, during the game’s final encounter, when the prompts I needed to use to attack the boss wouldn’t show up at all, forcing me to restart the battle.

About halfway through the game, Jennifer gains the extraordinary ability to control moths to interact with the environment and stun the Stalkers. It’s a cool idea, but the execution is awful. The moths’ controls are slow and floaty. Maneuvering them feels akin to piloting a submarine filled with helium. To make matters worse, you often have to steer them into tight quarters, such as air vents. Performing this feat is more challenging than you may think. I frequently found myself getting turned around in these vents due to the game’s awful collision detection. Considering how long it takes to recharge this ability, this became very frustrating and made me dread every situation where I had to use this power.

As frustrating as these glitches are, I have to admit that some of them left me laughing hysterically. On one occasion, the game’s main antagonist grabbed to deliver a killing blow. However, during the animation, my character was completely invisible. As you can probably imagine, seeing the big baddie impale thin air, accompanied by a giant geyser of blood that seemingly materialized from some rift in the space-time continuum, was quite a sight.

Picking Up The Pieces

Remothered: Broken Porcelain is the prime example of a game with tons of potential that sadly fails to deliver the goods. It teases exciting concepts, like solid stealth gameplay and a fun crafting system, only to seemingly forget about them entirely. Perhaps the developers were running out of time and had to cut corners. Or maybe these elements just didn’t fit in with the direction the story took. Whatever the reason may be, it’s a shame that what starts as an exciting take on the survival horror genre begins to feel like a clumsy, three-legged race to the finish line as soon as things are getting good.

These missed opportunities combine with terrible optimization and a plethora of bugs to create a game that quickly becomes a frustrating slog. There’s the brutalized skeleton of a good survival horror game buried within Remothered: Broken Porcelain. The story is excellent and will stick with me for years to come. It’s just a shame that for everything the game does right when it comes to its gameplay and storytelling, a severe lack of polish and poor optimization never fail to emerge from the shadows to murder any hopes you had of having a good time.