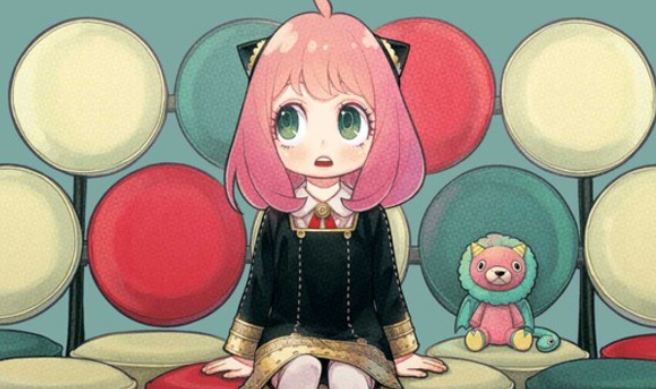 In discussing the benefits of the worldwide Manga Plus app — where Shueisha manga’s localized in English the same day as Japan — Shonen Jump+ editor Yuta Momiyama recently cited Tatsuya Endo’s Spy x Family as a popular standout. As an American who has all his needs met by the VIZ Manga app, I can’t comment on whether Manga Plus’s popularity owes itself to “the quality of the new Jump+ serializations” (certainly, it’s a step above the dire state of Weekly Shonen Jump…right?), but I can say it’s no surprise Spy x Family and its the heartwarming hijinks of a pretend spy/assassin family  has won the hearts and minds of my fellow manga-reading populace. With just over 34 chapters and five compiled volumes, there’s little commitment obstructing a curious reader looking to get their feet wet, but for those still on the fence, I propose but one exhibit: 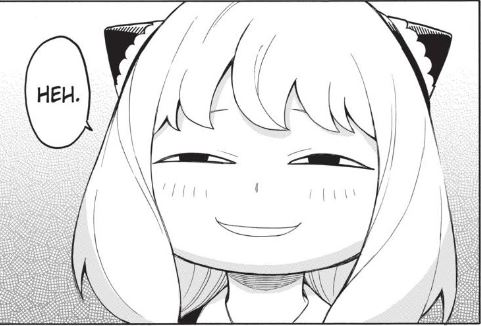 In case you didn’t know where the above meme hailed from, well, now you know. Anya, the precocious little esper adopted by Loid “Twilight” Forger and Yor “Thorn Princess” Briar, immediately sweeps Volume 2 in a maelstrom of adorable shenanigans following her enrollment into the prestigious Eden Academy. Enrolled for the sake of Loid’s mission — getting close to Donovan Desmond, a would-be instigator of Cold War tensions — the former orphan must learn the values of friendship, elegance, and social obedience for the sake of world peace. Can a telepathic toddler with the weight of the world on her shoulders successfully make friends with Donovan’s son?

Following the gut-busting doublespread of a wide-eyed Anya delivering a knockout blow to said kid, probably not. With Endo recognizing he has a breakout character on his hands, Volume 2 wastes no time in having Anya hog the spotlight. Spy x Family is careful balancing Anya’s mind-reading prowess in accordance with her age, and so while she might understand the gravity of her father’s mission, she remains highly susceptible to the provocative whims of a little girl; for instance, children her age aren’t quite apt in discerning social signals (in this case, the not-so-subtle differences between an affable smile and a smug smirk), and when diplomacy fails in the rough-and-tumble kindergarten world, the fists come flying. Spy x Family is no short supply of comedy, with Anya and Damian’s back-and-forth slapstick rapidly escalating into Volume 2’s highlight. (That, and well, it helps with just how dang cute she is — something a lovestruck Damian only acknowledges after getting slugged. Poor sap.)

As if you need any more of a reason to fall for her. 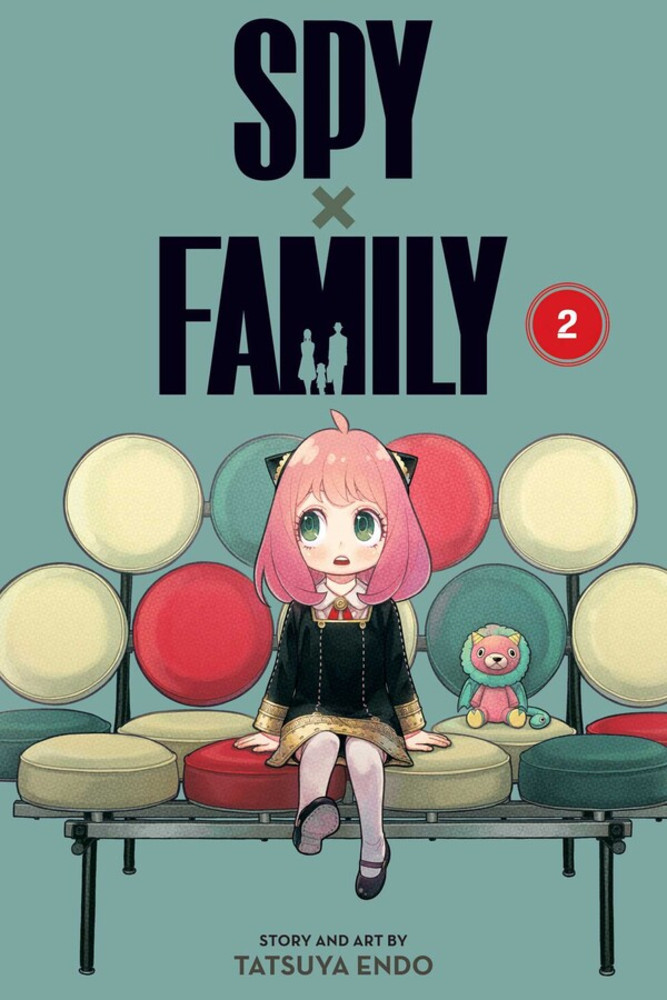 Not that Loid and Yor are left out of the fun: As they both navigate faux-parenthood for the sake of their respective commitments, unspoken walls begin dismantling piece by piece for the sake of their little girl. (“I wonder how I’d feel if I had a real family,” contemplates an oblivious Loid). The homework chapter should instantly resonate with any dedicated parent who’ve wracked their brains over why their kids can’t understand the simplest of math problems; at the end of the day, kids are kids, and as the future prospect of “grades” and “honors” have yet to meet the same priorities as catching the latest cartoon, and as Loid learns in this volume, anyone working with children recognizes they have to operate within their desires and skill levels to achieve success for both parties. (His epiphany over incorporating Anya’s beloved spy show into her math problems being an excellent example.)

Meanwhile, Yor’s supportive role in this volume means she doesn’t get as much time to shine, despite some strong moments — let’s just say some punks learn the hard way of how fiercely protective she is of Anya, which in itself compels her to embrace the unique quirks Anya adores. Yet it’s not until her brother Yuri enters the picture that she’s forced to take center stage, and wouldn’t you know it, the guy just so happens to have a hidden identity of his own: A secret policeman who punishes enemies of the state. Such cruelty’s fueled by only one desire: His undying love for his big sister, presenting chilling juxtaposition when he stops by to check out the man who whisked her away — a perfect segue into the next volume, with two covert agents scoping each other for the slightest kinks in their armor.

From beginning to end of Volume 2, Spy x Family’s M.O. is clear: the series is hardly revelatory or operating upon some deeply themes, yet its ardent commitment to fun captivates us with its wild premise and super-cute cast. Look no further than how it concludes with some meaty bonus content; namely, a full-length aquarium escapade that expertly juggles all three members of the Forger family to outrageous effect. (Did I mention this originated a Weekly Shonen Jump one-shot for new readers?) In the midst of a deadly pandemic polarizing the population, a gentle reminder to appreciate what you’ve taken for granted might the perfect blend of manga escapism readers are looking for.