Prepare to have your assets liquidated. 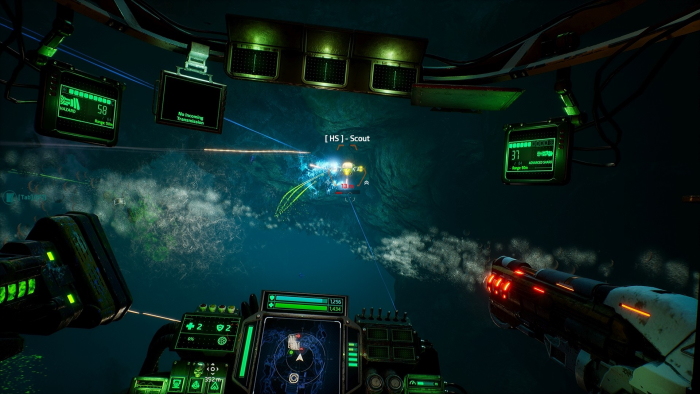 If you’re of slightly older stock, you may remember the original AquaNox games from the end of the 1990’s and the early 2000’s. They were a series of vehicle games somewhat like Descent in that they allowed for six degrees of freedom (6DOF for short). Now, what with all the buzz around re-imaginings of old games and genres, it was only inevitable that the AquaNox series would see life again, and this has happened in the form of AquaNox Deep Descent.

The title serves as fresh take on the old familiar world, with plenty of nods and ideas to previous games. Set in the good old “far future”, humanity’s stupidity and arrogance have rendered the surface of the Earth unihabitable. In a scenario reminiscent of BioShock meets The Matrix, the survivors of the human race have migrated to the oceans and rebuilt civilization under the waves. Players take on the role of a number of previously frozen individuals who are the proverbial fishes out of water (pun intended) in this wet new world. They’re part of something called Project Nammu, of which they have no recollection and of which it seems that has significance for the future of the planet. They thus go on a mission of exploration, battling undersea pirates and other bad agents to uncover their memories and the truth of the project. But, fortunately, as a player, you need not have a grasp of the previous games to enjoy this one. And very enjoyable it is, indeed. It feels like a more developed, more fleshed-out Descent with some proper lore and maturity. 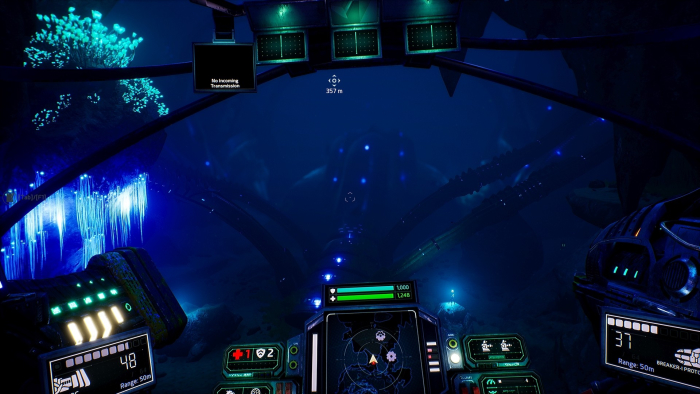 Gameplay features you in control of a series of vehicles made for underwater movement and combat. This amounts to movement in what is essentially zero-gravity. It’s a bit like space travel, except with the ocean’s murkiness and assorted, beautiful ecosystems (which humanity has begun transforming into a choking, industrial wasteland, sadly). Nonetheless, there are plenty of underwater cities and bases to see and explore, and the mood and atmosphere is simply superb. But unlike previous 6DOF games such as Descent and Forsaken, movement is generally slower and a bit more calculated. Fortunately, you’re given a fair chance to grasp the mechanics in an option tutorial, which comes totally recommended.

Once you’ve got a handle on traversing the H2O, you’ll be exploring and taking on missions with reckless abandon. At first, the game seems quasi-open world, but this is kind of an illusion. Gameplay is more linear than it initially lets on, but the amount of secrets, side-missions, and ability to backtrack keeps Aquanox’s world interesting and vibrant. This is complimented by the combat, which is challenging and robust. Sometimes, the locales can appear a bit desolate and same-y, but the battles really bring the world alive and work to instill a sense of danger and dread. It’s certainly not just a feeling, as there’s a steep challenge to this title, with very efficient foes.

Truly a sight to sea. 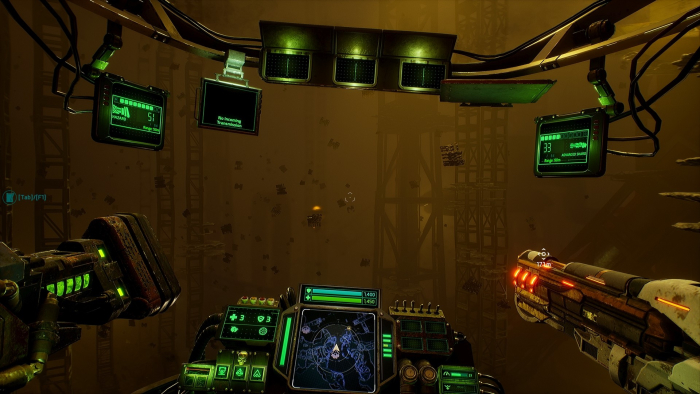 Enemies are fast and accurate and will give you a headache even if you’re a veteran of the genre. Lucky for you, there’s a slew of weapons and ships available that help to even the odds in your favor. You may equip two different weapons at once, on the right and the left of the ship. Additionally, you may augment your ship with special modules that grant you new and exciting abilities, such as a blast of missiles or a very powerful, devastating dash attack. Tactical considerations about your load out play a significant part in decision-making and overall challenge. Of course, none of these things are handed to players on a silver platter. You’ll need to work and complete missions to unlock new weapons, new ships, and the assorted upgrades. Additionally, you may pursue the side missions in order to earn enough dosh to unlock even more goodies.

6DOF games are no fun without co-op, and Aquanox Deep Descent delivers. If you can rope in some of your mates for a game, you can decide to tackle the campaign as a team of up to four players. Best of all, co-op is drop-in, so you’re free to join and depart at any time. If you prefer combat to cooperation, there’s that too, including a good few competitive modes to keep things interesting and fresh.

Presentation-wise, there’s a lot to love here. It’s not the most stunning game you’ll ever play, but there is a lot of eye candy and a the game’s fantastic world is brilliantly realized. Sound and music are equally good, and I actually enjoyed the story with all its twists and character development. The world of Aquanox is an interesting one to explore, and I’d love to see more stories set in this reality. In other words, yes: I’m asking for a sequel. And if that’s not indicative of a very good game, then I don’t know what is.

Aquanox Deep Descent is a very welcome return for an underrated series. In this era of modern re-imaginings, this game delivers in introducing Aquanox’s world to a new generation of players. The movement may be slightly cumbersome and things may get a bit hard, but it always manages to be engaging and fun. The world and story, combined with the solid multiplayer elements for both PvP and co-op, make this a well-rounded experience and essential purchase for fans of six degrees of freedom-type shooting games. If you’re interesting in dipping your toes in its waters, swim on over here to check it out. Let us know your thoughts in the comments section below!

Full disclosure: This review is based on a Steam key for Aquanox Deep Descent provided for Hey Poor Player by the game’s publisher.