1. Castlevania: Symphony of the Night 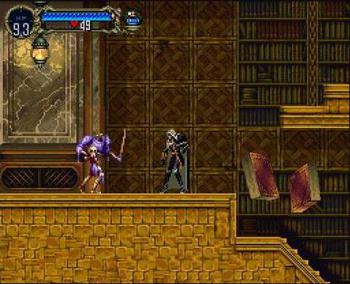 Unanimously considered one of the best horror games ever created. Castlevania Symphony Of The Night is the basis for the Netflix adaptation and is without a doubt the most popular storyline in the entire Castlevania series. It’s also the game’s most popular utilization of Dracula’s son, Alucard. The series anti-hero who seeks to spare humanity despite his father’s wishes to end it. In the game, Alucard recruits Maria Renard, and the two look for Richter Belmont, the supposed hero meant to stop Dracula who’s seemingly fallen under somebody else’s control. Together, the team infiltrates Dracula’s castle and finds numerous weapons and battles loads of undead along the way. It should be noted that Symphony of The Night is also known for its heavy attention to detail and incredibly rich and replayable combat system. There is also a tremendous amount of world-building, with an elaborate history behind the castle as well as storyline decisions that influence the game. For many reasons, this game is considered excellent as it subverted every expectation of the vampire genre. Which is why it’s so heavily lauded by fans.

And that’s it! Agree with the list? Let us know in the comments below. This was part one of three of our top 10 Horror Video Games lists of the decade. I’ll also be sharing one for the 2000s and then the 2010s.