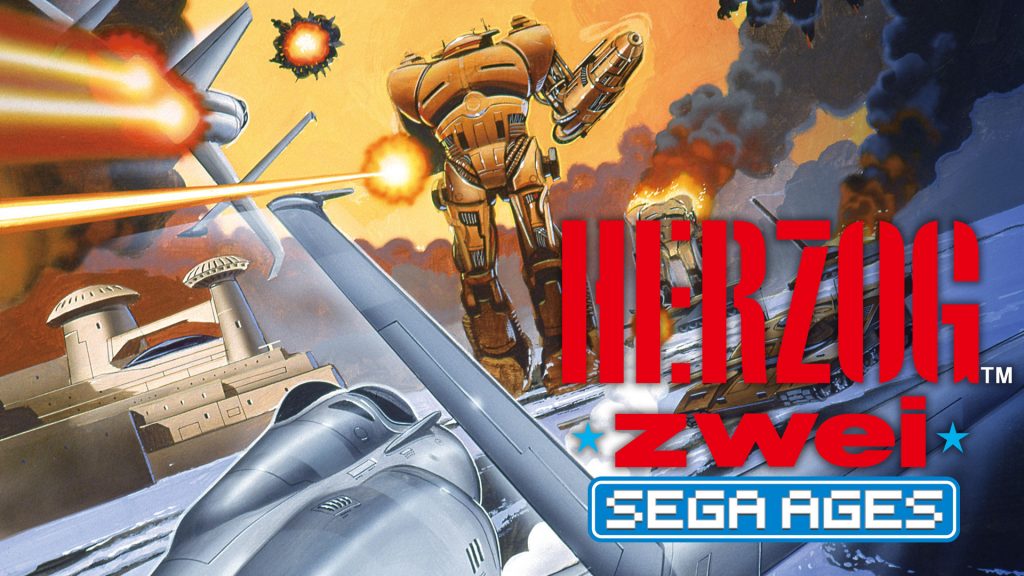 I have a weird relationship with Herzog Zwei for the Sega Genesis.  You see, it was actually the first game I ever played for the 16-bit blast processor unit back when I was a kid.  I was over at a family’s house, whom my parents were friends with, and their son had me try it out.  We had no idea what we were doing, so we opted to switch to Altered Beast and Sonic the Hedgehog instead.  It wasn’t until years later, when games like Starcraft came about that I learned what an “RTS” (Real-Time Strategy) game was, and at that point, I realized I was playing Herzog Zwei completely wrong all those years ago.  Since then, I’ve added the game to my Genesis collection (complete with a signature from the cover art author Marc Ericksen!), but I had yet to sit down and learn how to play it properly.  Fortunately for me, I had review code for SEGA AGES’ newest release – which just happens to be Herzog Zwei – make its way to me, and now that I’ve actually learned how to play the game, I was seriously missing out all this time.

Herzog Zwei is one of the earlier and most noteworthy examples of an RTS.  Teams behind classics such as Warcraft, Starcraft, Command and Conquer, and even Brutal Legend cite it as an influence on their work.  Though Techno Soft was mostly known for its Thunder Force games before this release, Herzog Zwei set the groundwork for popularizing the RTS genre in 1989.  Though it wasn’t a huge commercial or critical success (at least in the US) at the time, it’s become a bit of a cult classic for the Genesis’ library.  With increasing interest in the retro game market along with COVID-19 driving original hardware prices to all-time highs (the game has roughly doubled in price from when I bought my copy a couple of years ago), having this release available on the Switch to experience it for a fraction of the cost is more than welcome.  On top of that, the SEGA AGES release has several gameplay and quality of life improvements that streamline the game experience even further. 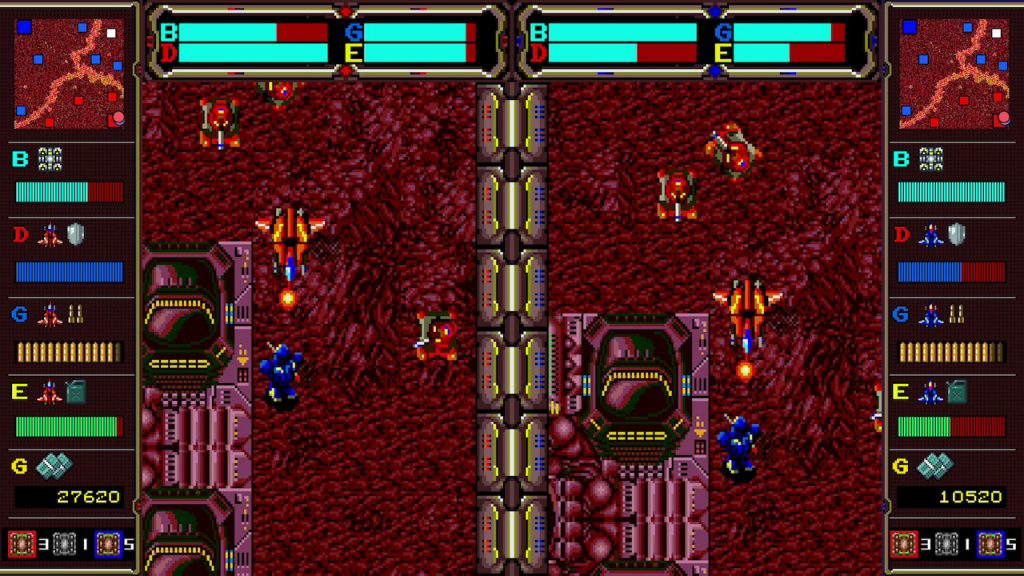 In Herzog Zwei, you’re not just a mouse pointer on screen issuing orders; you’re a commander piloting a mech in real-time.  So is Player 2!

Being an RTS, Herzog Zwei is all about assuming the role of a commander, making an army, and destroying the enemy commander’s army and base.  This is standard fare for the average RTS, but what sets Herzog Zwei apart from similar games is that you’re not just some ethereal C.O. sitting in a comfy office offsite.  You’re directly involved in not only the production and transport of your troops, and you’re involved in the fighting as well.  You assume command in a unique jet craft capable of transforming into a walking mech at the push of a button ala classic anime series Macross.  You can also shoot both in the air and on the ground, which helps take out enemy units (though on the ground, you can only shoot ground units and vice versa).  Your flying mech also isn’t capable of damaging the enemy base, so your resource management skills will be stress-tested pretty heavily in each match in the form of time, money, and organization.

Money is the all-important resource in Herzog Zwei and can mean the difference between victory or defeat.  Your main base generates a little stream of income to get you started, but capturing each of the neutral, unoccupied outposts scattered around each map is tantamount to victory.  Your mech has its own fuel supply and runs out fairly quickly – especially while airlifting troops around.  Securing these outposts will allow you to refuel your mech and resupplying its ammunition, further increasing your range on the map.  This also means you cut off the enemy commander from doing the same with their mech.  All you need to do to capture an outpost is send four ground troops in to capture it.  The one thing that might get in your way, however, is that the enemy commander also has their own mech and will be airlifting units of their own around to capture outposts and attempt to destroy your base as well.  This is especially difficult in multiplayer mode, where the human element adds to the organized chaos of Herzog Zwei‘s gameplay flow. 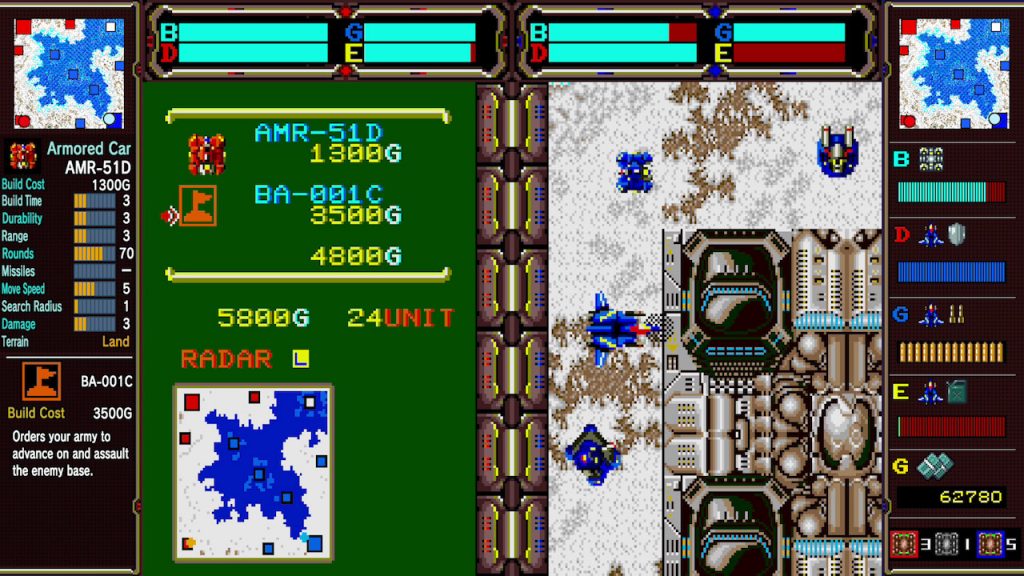 Aside from capturing outposts, you’ll also want to be guarding your assets, so making units like tanks to take out ground troops and anti-air units to take out the commander’s mech –  is one of the most important investments you can make with your resources early on.  There are multiple orders you can issue to your units to customize them as you see fit.  From base guarding, occupying an outpost, or attacking the enemy base, there are many options to choose from. Your mech, along with the enemy commander’s mech, doesn’t suffer from perma-death.  However, running out of fuel or being destroyed by enemy fire will cause the mech to explode and be sent back to base and be fixed, which takes valuable time away from managing your resources. At the same time, your opponent gets to do whatever they want.  Of course, this can play to your advantage if the shoe is on the other foot, so messing with the enemy commander whenever you’re able can be very beneficial so long as you play your cards right.

In addition to the strategic depth, army management has to offer, Each of Herzog Zwei‘s eight maps has its own unique environmental challenges to deal with as well.  For example, a water map will see you utilizing your airlift capabilities and boat unit construction en masse. A volcano map has lava lakes that deal damage to units that happen to try and traverse them, and a jungle map has pitfalls that units can get stuck in.  Babysitting units can get a little hectic, especially when you have to provide supply units to restock ammo and fuel. Airlifting everything around can be a bit of a chore, since if you run out of fuel and explode your units you’re carrying go down with you.  This is especially annoying if you have an expensive unit with you as that not only means all that cash is gone, but higher-priced units have longer build times.  Herzog Zwei can get pretty micro-manage-y, but it’s that constant interaction that keeps you hooked and on your toes whether you’re going up against the CPU or a real person. 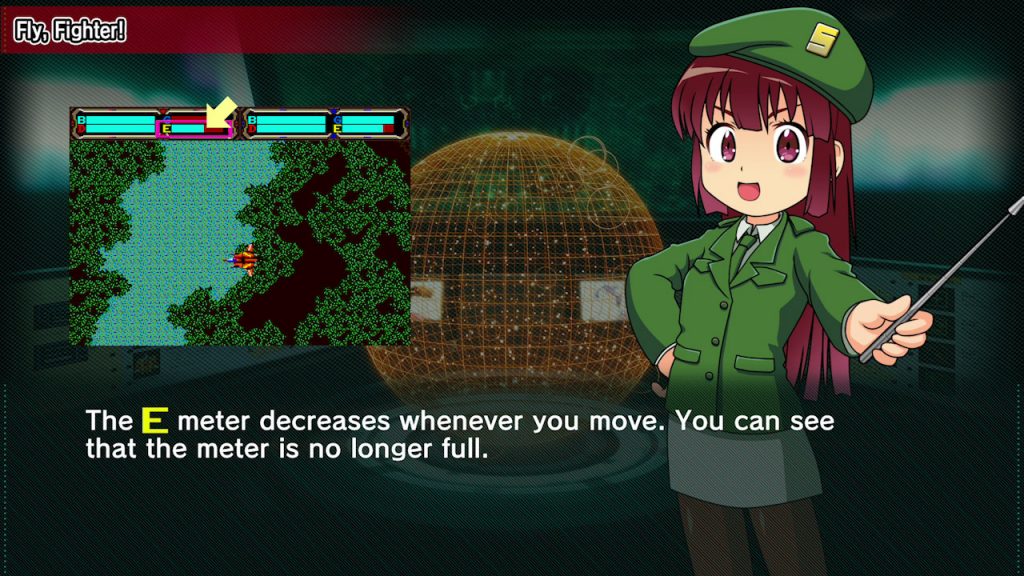 Herzog Zwei’s tutorial mode is absurdly cute, funny, and informative all at the same time.  Be sure to play this first!

This may sound like a lot to take in, and to be honest, it is.  Unsuspecting newcomers may be overwhelmed by just how deep a 16-bit RTS can be.  Thankfully, M2 has added what can be considered quite possibly the cutest tutorial I have ever seen.  The SEGA AGES release of Herzog Zwei has a 12-step tutorial headed by a ridiculously adorable anime-style commander briefing you on the ins and outs of the game’s basics and some more advanced tips and tricks.  She’s animated very nicely – akin to the recent wave of V-Tubers or Hololive streamers online – and she makes constant references not only to other Sega properties such as Outrun, Space Harrier, and Virtua Racing; she breaks the fourth wall with references to how difficult to understand the game was back in the day and geeks out about the transforming commander mech.  It’s a silly little bit of fan service, but it’s brilliant all the same, and it made properly learning how to play Herzog Zwei all the more fun to do.

In addition to the tutorial mode, M2 has added a whole host of other improvements to the game.  The in-game HUD is brilliantly utilized to fill the sides of the Switch’s 16:9 screen, making it easier to keep track of unit production, what order codes mean, and current fuel, ammo, and shield levels.  Where the original Genesis release had a clunky password system, the SEGA AGES release now features a built-in save feature so you can more easily pick up from where you left off.  There are also replay functions added in so you can check and see where you made mistakes if you suffered a crushing defeat or show off a spectacular win.  Online multiplayer is also a new addition, though there isn’t any sort of matchmaking involved.  So, you might want to be ready to get stomped by a seasoned Herzog Zwei veteran if you’re just stepping into the online realm.  There is also a constant split screen showing both players’ activities, whether the gameplay is online or offline, so screen watching is an unavoidable thing if you’re worried about that.  There is also no option to play between two local systems as well, unfortunately.  Still, linking up and playing online with anyone is a nice touch and should offer plenty of challenge for new and old players alike.

Easy to Learn, Tough to Master

Though in some regards it shows its age, mostly by design in the form of unit management and not having much in the way of a story, Herzog Zwei is an overall brilliant RTS.  It’s not only fun and engaging to play; it holds a fair amount of historical significance as well in its guiding of the genre overall.  M2 and Sega have done a bang-up job of refining this classic for the SEGA AGES line, and though this is apparently the final release in the series, I think it is a great game to end on. If you have a Genesis and a Switch but aren’t too keen on spending 90 USD or more on a copy, I’d consider this release.  If you have a 16-bit RTS itch that needs to be scratched, you will be very satisfied with Herzog Zwei.

Full disclosure: This review is based on a copy of  SEGA AGES Herzog Zwei given to Hey Poor Player by the Publisher 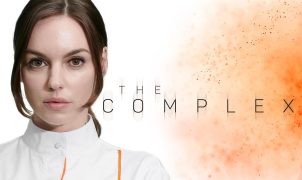