Tense Games talks about their classic space RTS in the making 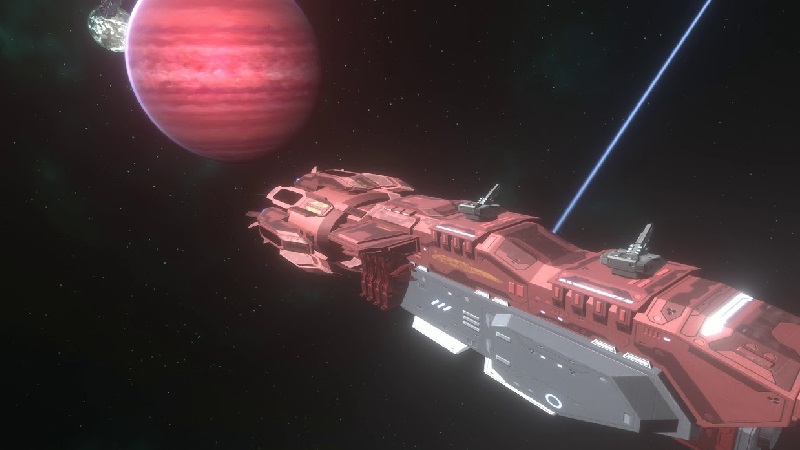 Fans of Homeworld and Red Alert, rejoice! There’s a game coming around the corner that takes elements from both to create a new engaging, energizing, and enjoyable space RTS experience. Called Stellar Warfare, the title aims to offer fans of the genre giants core gameplay they’ve come to know and love with novel twists that should please. With a lively community already dedicated to the title, players already seem to agree with Dutch developer Tense Games that they’ve got a hit on their hands. HeyPoorPlayer sat down with solo indie developer Thomas van den Essenburg, who’s responsible for bringing Stellar Warfare to life, and asked him all about development and beyond.

1. How many people work on Stellar Warfare?

“Just one right now. Although there have been a lot of people who helped me by sending in some voice lines, making some sound tracks, helping with some of the artwork, and just helping me get the word out.”

2. How many years has this been in development? 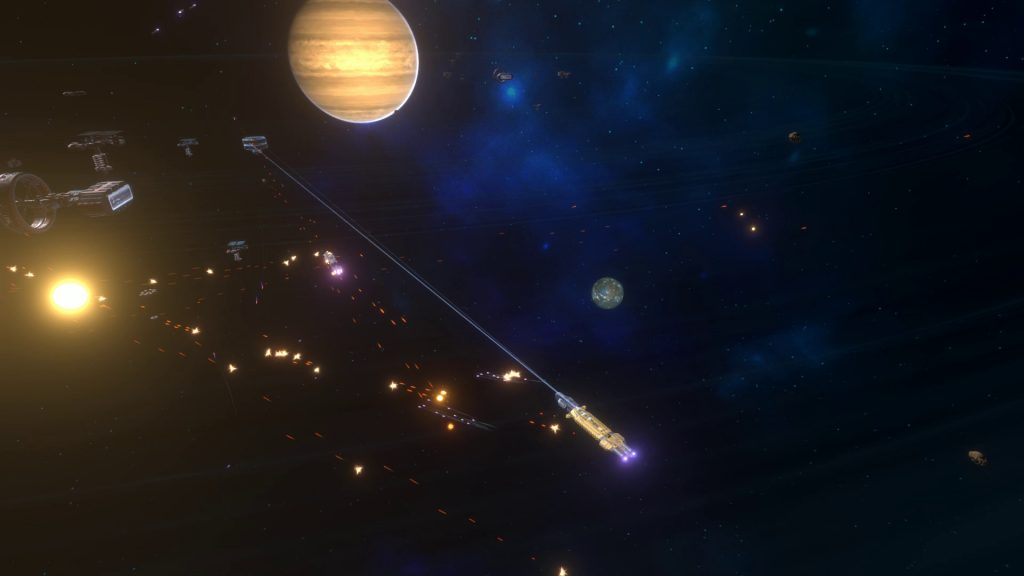 3. Tell me about the moment you decided to make the game. What was the inspiration?

“I’ve always enjoyed the classical RTS games like Red Alert, Homeworld and others. They often lacked some form of replayability however, so I tried to address that in Stellar Warfare. I also didn’t want to make a 4x game, since matches there often take long to complete and I like more ‘contained’ games.”

4. What sets Stellar Warfare apart from the rest of the genre, like Homeworld, etc.?

“The ability to customise ships even outside of games and before you’ve collected any loot. I liked Homeworld especially since I’m a big Sci-Fi fan, but I always wanted to modify the ships and there was no option to do so. So, I decided to make a game myself that had all those elements and some overarching depth in terms of loot and progression.

“There are also games like Stellaris, but those are 4x and matches take a long time there. Sins of a Solar Empire comes closest I think to what I have, but also doesn’t have this level of customisation.” 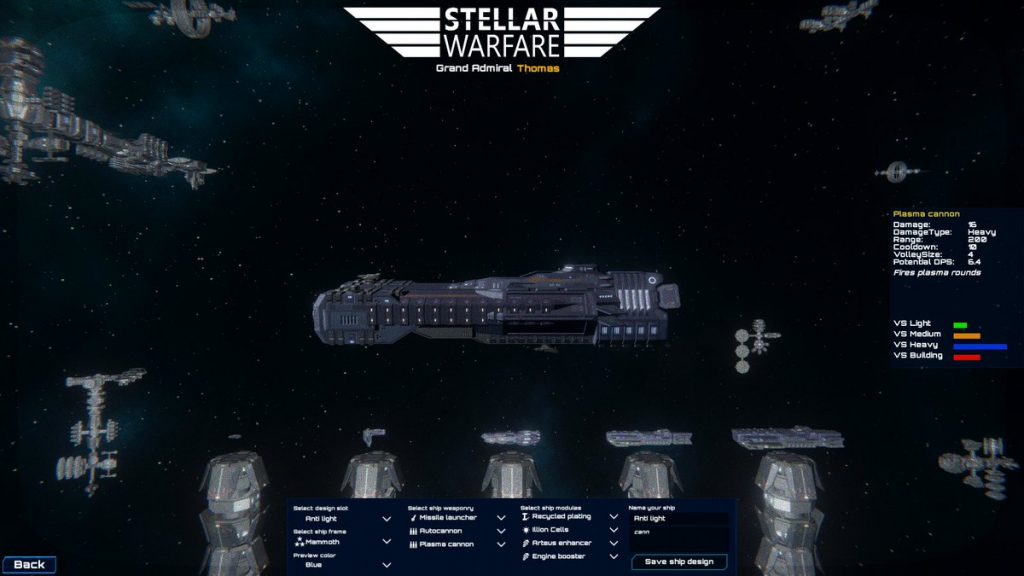 5. Congrats on entering closed alpha! What’s left to be done?

“Right now the multiplayer is completely playable for backers on the Tense Games Patreon (they can currently play 1v1’s and FFA). But I’ve seen some ‘unofficial’ 2v2 matches passing by on our Discord as well. I’m currently working on a single player survival mode, and I might also add a more classical single player skirmish or a small campaign demo. Apart from that it’s just polishing, fixing some bugs here and there, and improving performance where possible.”

6. What’s your favorite part of Stellar Warfare so far?

“To see the differences in how people build their bases and create their fleets. There are very aggressive players, but there are also a lot of ‘Simcity’ players. People like to build bases, me included. But because it’s 3D space, I’ve seen lots of fun base constructions like huge building pillars, discs, spheres and big lines of buildings. The discussions about what loot people should get and the happiness people experience when unlocking new stuff is also very rewarding to see.” 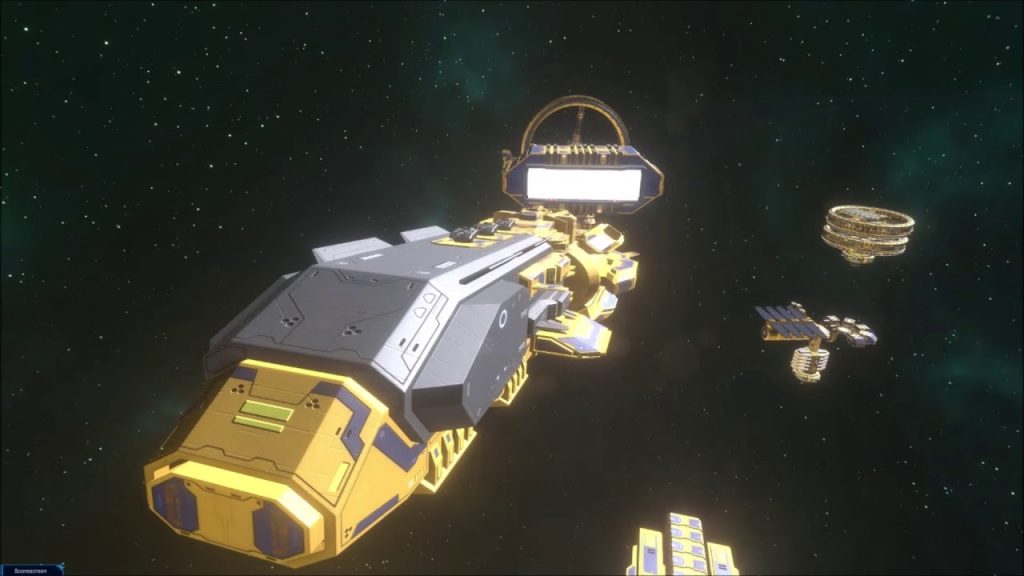 7. What engine did you use to make Stellar Warfare, and did you make the assets?

“Stellar Warfare is made in Unity — it’s my first project in Unity, actually. I’ve bought about 3 or 4 assets, and used and modified those to create more than 30 ships, 30 weapons, 20 modules and all the buildings in the game.”

8. Has single player or multiplayer been easier to make?

“Single player was definitely easy to make. I already had a wave defense and a skirmish type game mode in the past in single player. But then I had to rework a lot of things to be compatible for multiplayer. I’m currently in the process of creating a single player again so that people can use that to unlock new ships, weapons, and buildings in between multiplayer games.” 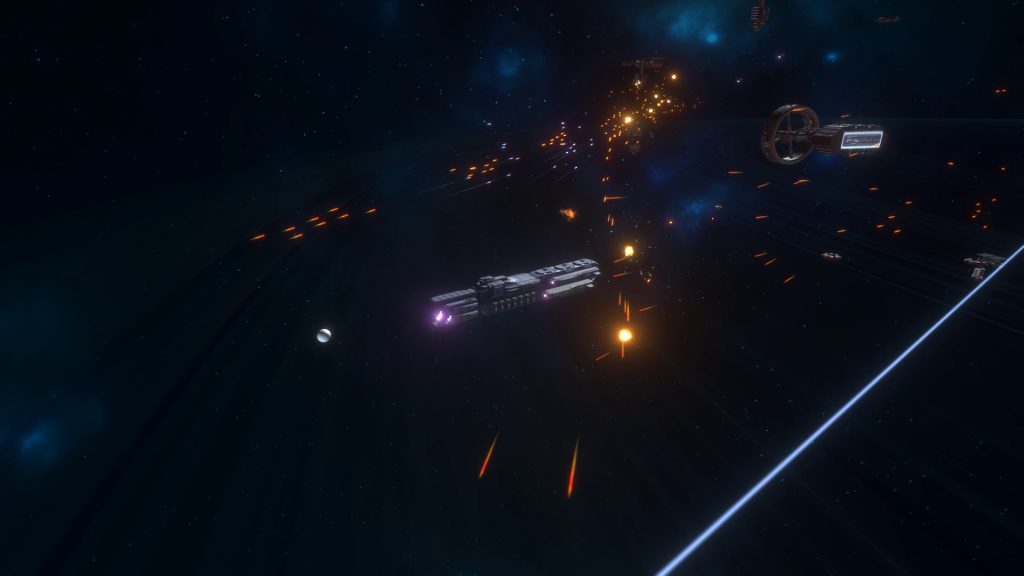 9. What are some of the challenges you’ve faced during game dev?

“There were some hurdles to overcome in Unity like performance and networking, but those all worked out well enough for me to be happy with it now.

“Apart from the technical issues, it is very difficult to make a complete RTS game all by yourself. There is no one who can really help you — or at least, there is no one invested enough in the project to help you with problems that take longer than a few minutes to solve. And that makes sense of course, it’s not their project and they’re voluntarily helping. But that does mean that there have been periods of despair in which you want to throw the towel in the ring and be done with it. Retaking control of situations like that and pushing on consistently, while also taking time to evaluate your current situation, is the best way to deal with things like that, I feel.

“Just keep going. And keep making sure that the goal you’ve set for yourself is reachable, even if it’s difficult.”

“I would love to be able to work on game development full-time. I know how to make games relatively quickly and efficiently for the amount of functionalities they have. So I would like to keep making classic RTS games and to that goal I’ve set up a Patreon, and if enough people support me there, I can dedicate all my time to creating classic RTS games that me and many others have enjoyed in the past. It’d be my dream to keep the genre alive and enjoyable.” 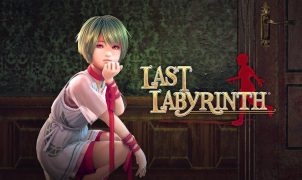 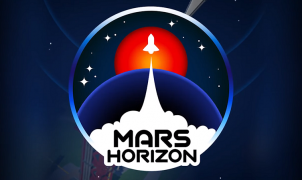