Link and the Twilight Princess get back on their feet. 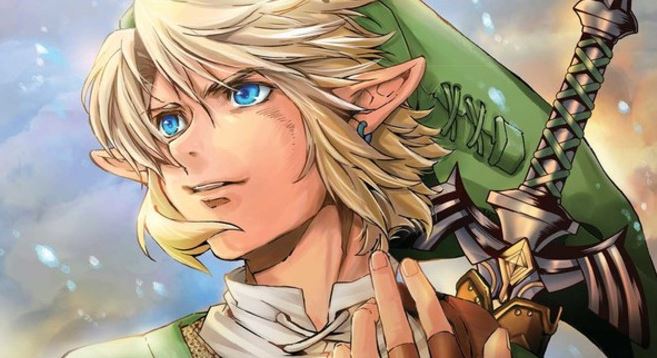 The last volume of Akira Himekawa’s superb The Legend of Zelda: Twilight Princess adaption hit upon an awkward snag: namely, a vital step of the Hero’s Journey rushed by an inexplicable segue into pride’s downfall as opposed to natural, functioning character development. It’s not that this is a tired cliche: we mustn’t forget that Link’s reluctance to heeding the mantle of Hyrule’s Hero was what drew us to Himekawa’s incarnation in the first place — even as he gradually steadied further commitment to the role, it’s only natural this peripheral reasoning would eventually have him lose sight of his true goal. (In this case, having gone drunk on the Master Sword’s power for his own purposes) The ensuing split between him and Midna as he duels self-doubt and greedy arrogance within the throes of darkness just comes a little too quickly for us to accept, and I’d be lying if I said it didn’t cast an uncomfortable taint onto the arc’s conclusion in Volume 7 here.

It’s a good thing, then, that Himekawa’s otherwise-masterful extrapolation of the original game eventually carries the arc to success, and we get back on track to the 2006 game’s dungeons. And yet, observe how this volume almost entirely comprises of original events — Link’s confrontation with his dark side continues, familiar apparitions taunting and lamenting his suffering as he’s forced to face the convictions fueling his journey. With Dark Link representing the selfish pride that birthed his lust for power and status (A superb piece of symbolism that’s offset by I’m what assuming is an awkward typo on VIZ’s end: “false gold” should mean “false god”…right?) as his past tortures him with the fatal consequences of youthful aspirations, Link’s left with no choice but to confront the whirlwind of expectations and tasks burdened upon him. It takes more than half-hearted apathy to commit yourself to becoming a hero: It means accepting the innate burdens that chain themselves to that responsibility, all the while resolutely holding your own personal desires and wants close to your chest. (Putting it this way: Link couldn’t have skated by simply wishing to save his fellow Hyrule people without reflecting upon his responsibilities; as we’ve already seen, the traumatic stress involved nearly doomed him with only the former alone.)

Following his epiphany, Link’s first true test arrives in restoring the broken spirits of Anika: an orphaned girl who nursed him back to health. A sole survivor of Zant’s Twilight assault upon an unfortunate village, we gradually recognize she’s something of a mirror to Link: While she hadn’t committed any naive folly that doomed her people, such tragic loss resigned herself to a lonely vigilance over her ruined home. And yet despite her nihilist outlook, Anika didn’t have to engage any life-threatening quests or fulfill any roles to become a hero — she just simply did what any decent person did and rescued an imperiled passerby. The bitter realities of pain and loss can’t simply be smothered by apathy: true strength means overcoming those qualities and bearing with them forward for the sake of both yourself and others. (Stop and ask yourself: could a Link focused only on his duty for the sake of it have reaffirmed her faith in living?) 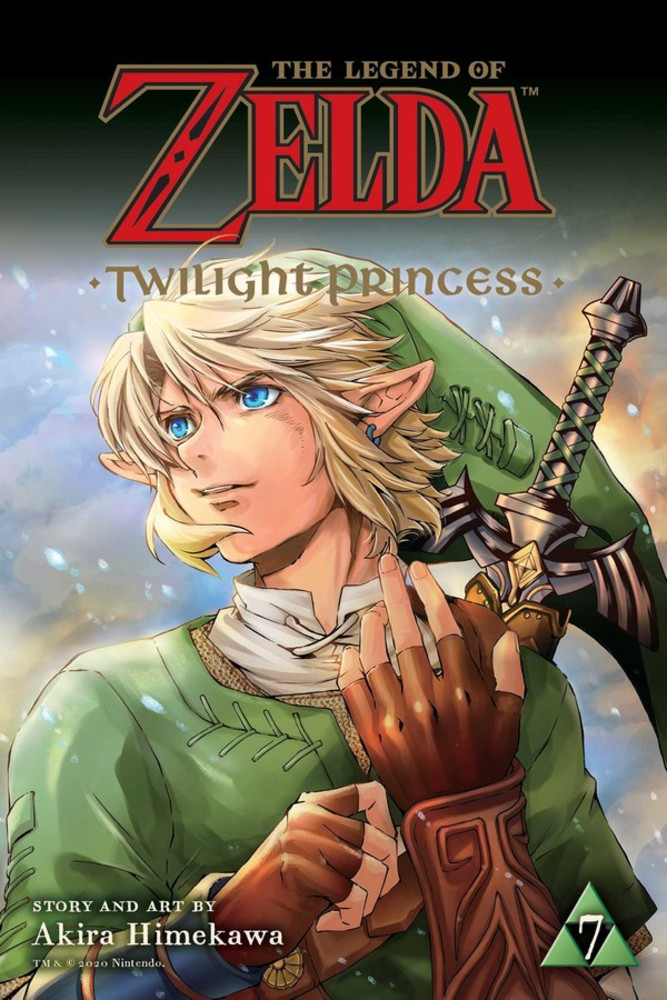 Meanwhile, other familiar figures begin making their moves — for those who felt series villain Ganondorf clumsily inserted himself into Twilight Princess, you’ll be delighted to know his idea of Zelda’s captivity this go around is hosting a lovely tension-filled tea party. Musing over revenge over the modern embodiments of his mortal enemies — a state that’s a tad confusing to follow, but hey, not entirely inaccurate — his overt designs of manipulating both friend and foe craft the most devious incarnation of the character since 2003’s The Wind Waker, his ambitions for crushing his fellow Triforce bearers pushing the story forward as opposed to operating faintly in the background. With his pawn in Zant being none the wiser, how the two villains will complement each other is something I eagerly anticipate. (Might a certain ghastly vision from the original game’s climax come into play?)

As this volume stops to a close within a familiar dungeon — the ancient Temple of Time abandoned deep in the Sacred Grove, leaving us prime for fanservice abound as Himekawa pens her creative spin once more — we once again recognize how it’s all too easy for us to find us wishing Link’s internal struggles were echoed into the original game. (Particularly among those who don’t hold Twilight Princess in particularly high regard — yours truly included) Alas, said Wii game was bloated enough, and I doubt bed rest and revelatory symbolism within his dark side would’ve made for enchanting gameplay sequences, and so instead we must settle for this manga adaption — which I’ll happily accept as a true sequel to Ocarina of Time, warts and all. A training arc between two Links new and old? Bring it on.

An unsatisfying shooter caked in neon nonsense.   I had high expectations for Desync, and maybe that’s why I don’t like it very much. 2016 was a great year…