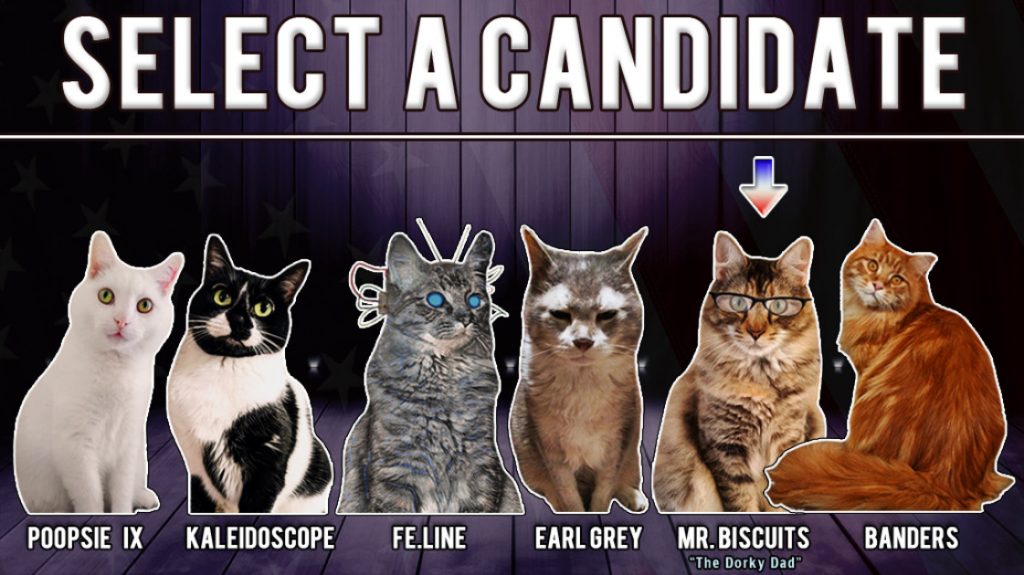 My fellow Americans, I really hate politics. As the years go on, I feel ever more hopeless in being able to actually change anything for the better. I mean, sure I still vote in all the elections, but what’s that even gonna do? The level of government corruption is so beyond overwhelming that it’s almost unbelievable, and I have no power to stop it from happening. And with even the most basic things becoming highly politicized to the point of insanity, I find myself withdrawing from most forms of communication with the outside world. Also, I like cats.

So, naturally, I wanted to play Cat President 2: Purrlitical Revolution. 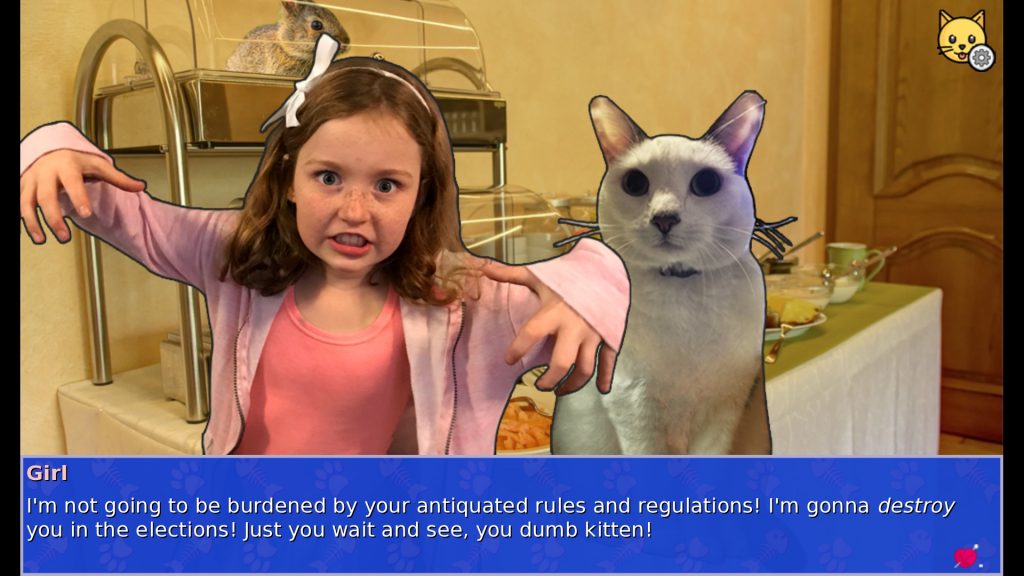 Developed and self-published by New York-based dev team Oh, a Rock! Studios (Cat President ~A More Purrfect Union~, The Awkward Steve Duology), Cat President 2: Purrlitical Revolution is a sequel to the meow-gnificent original, Cat President ~A More Purrfect Union~, which graced Steam during the last election. Four years later, we have six new fearless feline campaigning candidates to manage, each with their own unique purrsonalities and storylines. Just in time for the shitshow that is the 2020 season finale, wheeee!

Cat President 2: Purrlitical Revolution opens up on a very good boy named Don who is doing his best to get you hired by someone — anyone. Even if that means blatantly lying on your resume to get it through HR. Doesn’t matter that it sounds awfully sus that you’ve been to the moon and have four doctorate degrees, who cares? Don’s your dog, and he’s gonna get you hired. 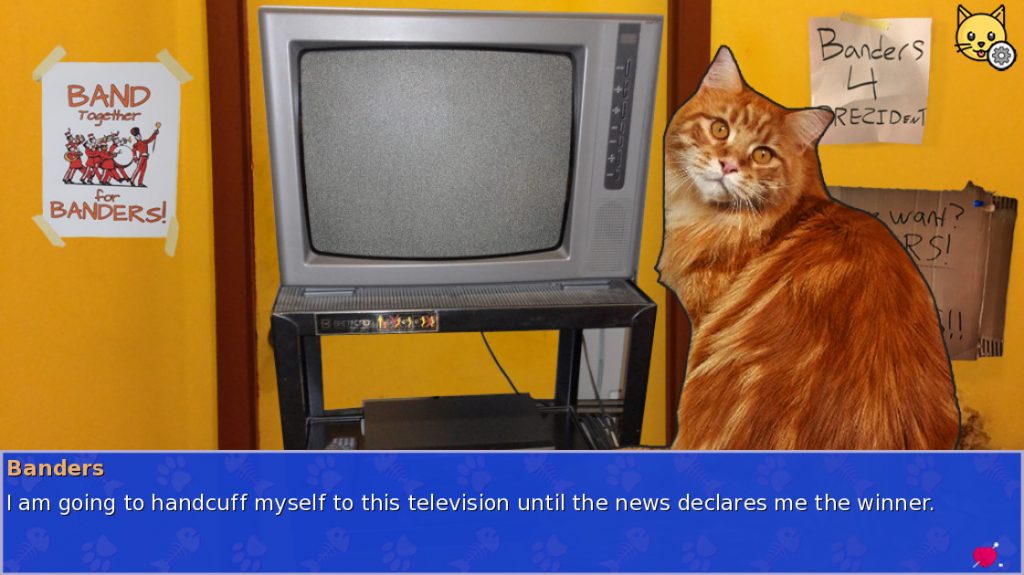 Turns out whatever he did worked like a charm — you’ve been hired to be a Fancy Furballs campaign manager, and because you come so highly recommended, you have the pick of the litter when it comes to candidates! Will you choose the pedigreed pure white Poopsie IX? The bonkers beaute Banders? Dad-joke loving dad Mr. Biscuits? Celebrated celebrity Kaleidoscope? Domo ari-GATO, Fe.Line (roboto)? Or… cat Bernie Sanders, Earl Grey? Each candidate is super cute and super ready to become the next cat president — with your expertise, of course!

Each cat has their own unique charm that makes them attractive options, but I couldn’t help but fall in love with the geriatric gentleman Earl Grey. At 19 years old (91 in human years), he states that he’s ran (and lost) six different times, so it’s all or nothing this time around — he’s going big or going home. As the story progresses, players will have a choice presented to them, one clearly right and the other clearly wrong, and the narrative will continue based on the decisions made. Play your cards right with Earl Grey, for example, and he’ll not only win the party nomination but your heart, even promising to undergo the process to become human in order to date you. 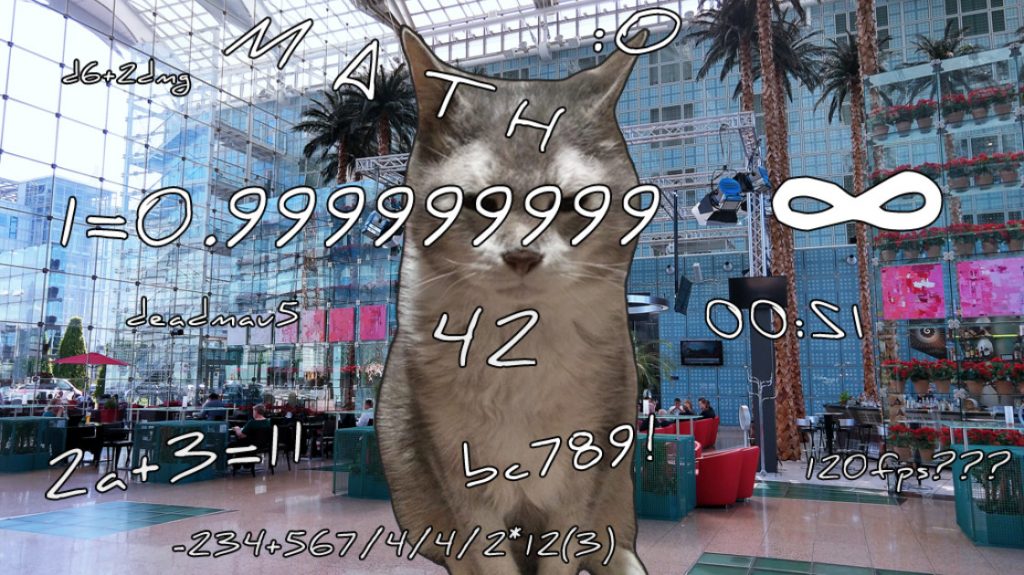 In terms of storytelling, I found the script to be purrfectly punny (apparently Cat President 2: Purrlitical Revolution has 25% more puns than its predecessor) and even riveting, but the romance aspect is just a little too odd for me. I originally chose Earl Grey because he reminded me of my beloved cat when he was 19 years old, so to have it go from “let’s go on a political adventure!” to “let’s date!” turned questionable real fast. The political intrigue was strong enough on its own, and had the game been a little longer I could see the romance options working (in a similar vein to Hatoful Boyfriend), but as it stood there wasn’t really enough to explore in terms of a relationship route and it ended up feeling forced and weird.

Still, Cat President 2: Purrlitical Revolution has its merits — I enjoyed the low-effort graphics and dad-jokery, and even got a kick out of just how outlandish everything was. Although the music wasn’t entirely memorable and most (all?) cats only had one image, the genre lends itself to that cheesy low-effort vibe so I can’t really knock it for that aesthetic. It feels like that same middle school humor that I enjoyed when I played The Awkward Steve Duology, which was charming despite its somewhat tired humor. With that being said, I do love a game that doesn’t take itself seriously, and dating sim/visual novels are probably the best place for a litterbox worth of cat puns.

The cats of Cat President 2: Purrlitical Revolution may not win the presidency this election cycle, but they may win your heart with their sheer amount of cat puns, scintillating storyline, and… more cat puns. Like it’s a-mews-ing just how many there are. If you can look past the idea of dating a cat running for the highest political office in the USA and enjoy dad jokes, you’ll definitely want to vote for this little indie gem. Be sure to check it out on Steam on October 13th and, if you’re in the USA, to vote by November 3rd!

Editor’s note: This review is based on a copy of Cat President 2: Purrlitical Revolution given to HeyPoorPlayer by the publisher. 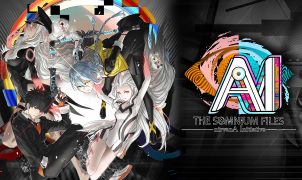