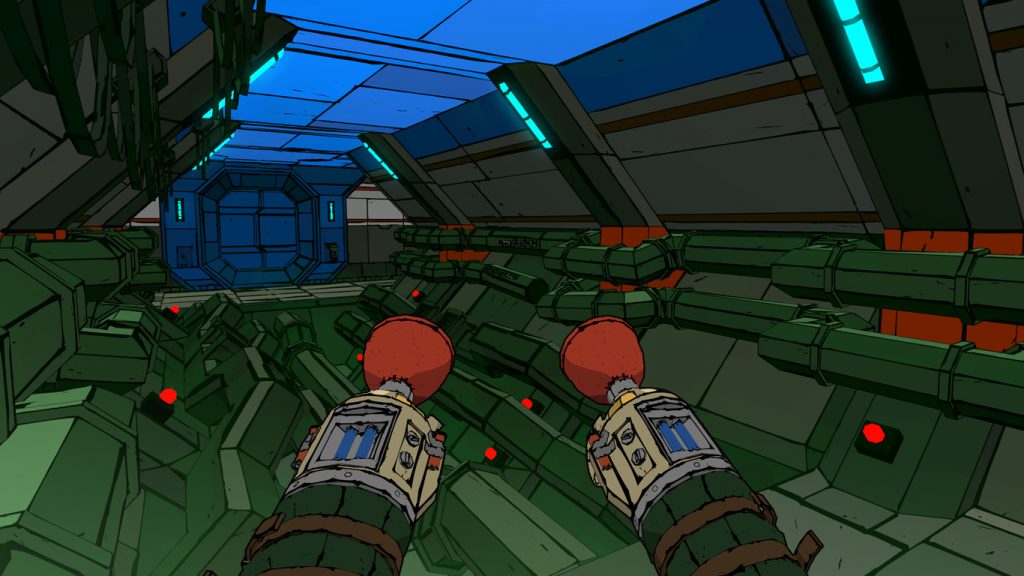 I’ll be honest — I’ve been waiting for 2020 to give me a single-player game that brings me in-the-moment kind of fun. You know what I’m talking about? That stupid kind of fun where you catch yourself smiling at pixels because the act of you participating has brought you a simple joy. Part of this is my fault, as I tend to choose a lot of story-driven games that, while amazing, sometimes require slogging to get you through. I guess I’m just missing that experience of playing like a kid again and really being wowed by a title.

Which is honestly why I’m so sad I didn’t play Yupitergrad sooner — the exact kind of game I’ve been waiting for in so many senses of the phrase. 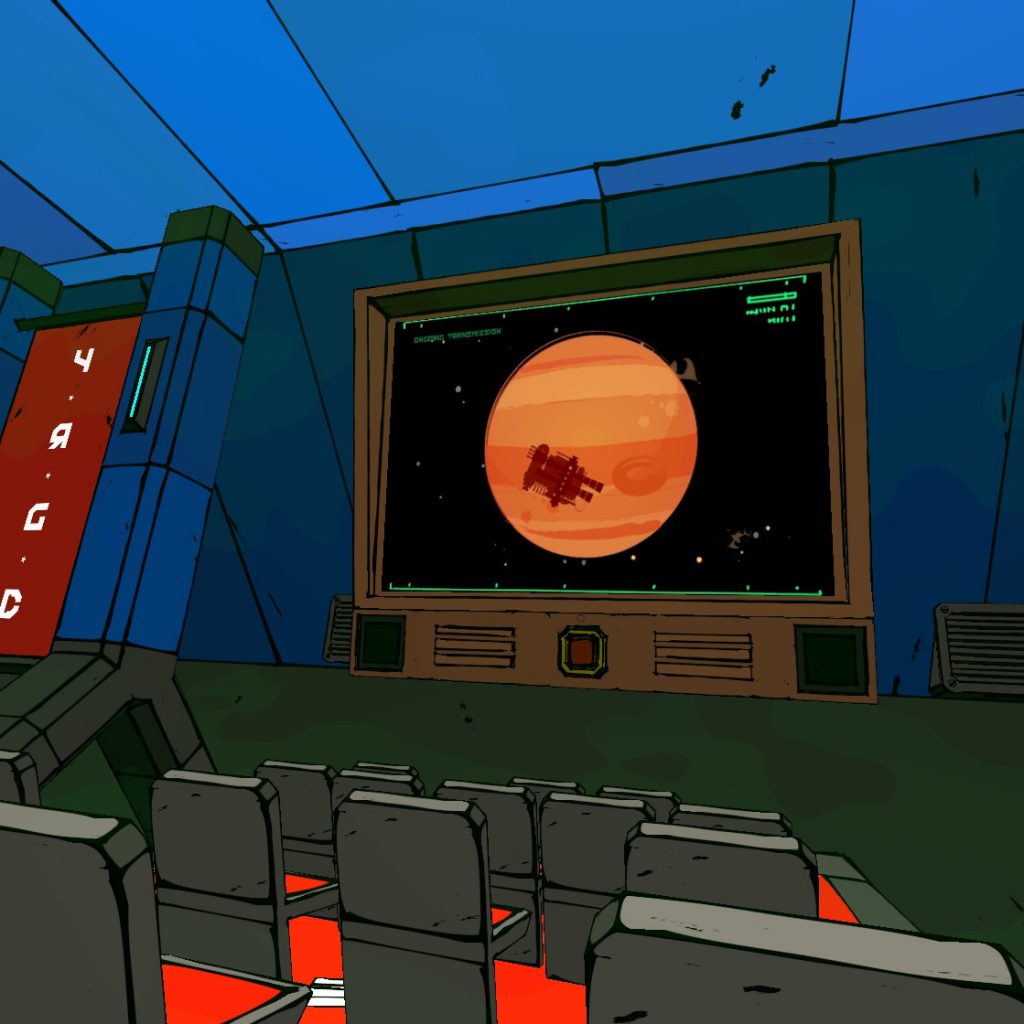 Developed and self-published by Polish game dev team Gamedust, Dieselpunk puzzle-platformer Yupitergrad is supported on Oculus Rift, Oculus Rift S, Valve Index, and HTC Vive. Currently on offer for $14.99 with a completion time of around two to five hours depending on familiarity with your VR system, Yupitergrad’s boasts include 50 action-slinging puzzles, Slavic humor, cel-shaded animation, voice acting, and motion-sickness countermeasures to offer players an innovative experience for a small price. With only positive reviews from other komrades who have played the game on Steam, it does indeed appear that Yupitergrad delivers on its promises… well, almost all of them.

Yupitergrad starts kosmonaut komrades off in a training arena to become acquainted with the tools of their trade, which are mechanical plunger-launchers that allow the player to glide gracefully across the screen. Naturally, there’s a catch — these plungers only stick to blue walls, meaning some careful maneuvering is in store for the klever kosmonauts. Once training is complete, it’s off to Yupitergrad — an actual city on Jupiter of course — for a very important mission. See you in six years, RED IT BE! 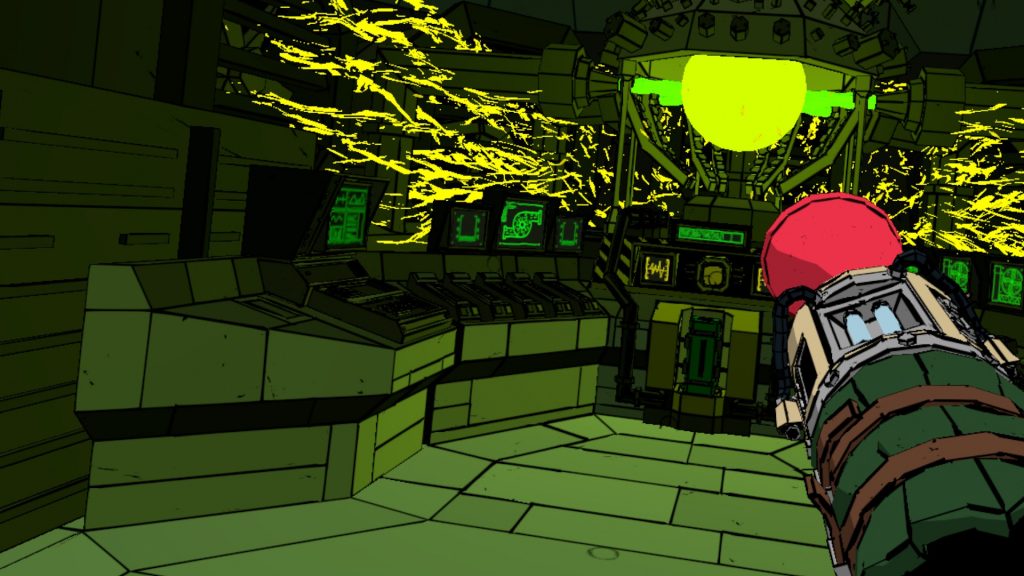 After your arrival, your mission becomes evident; restore a seemingly-empty science facility so that it can begin PEKOL production — the people’s kosmic fuel. Glory to Arstotzka Yupitergrad! Of course, you’re not going to be alone in this quest, as an AI kompanion appropriately named AI-sha is here to assist, dishing out plenty of dry dad-jokes along the way. By completing tasks like finding batteries and fixing equipment, you’ll have production up and running in no time.

Controls are incredibly simple to get the swing of things (see what I did there) — trigger buttons shoot the plungers, and yanking downwards will propel you forward. You can also use the thumbsticks to reel yourself to or away from your plunger depending on where you need to go. Additionally, your plunger tool also has a little jets that can be used to nudge yourself in the right direction or give you a little speed midair; in water, the jets can be used indefinitely to steer through mechanical seas. Overall, I found the control scheme intuitive — if I failed at a puzzle, it was due to my own skill and not the controls. 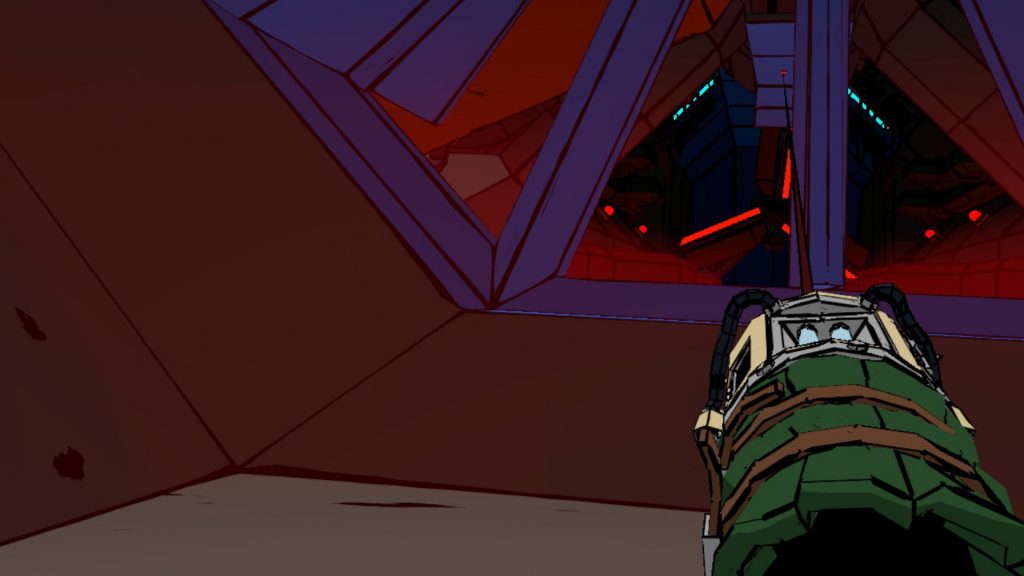 Yupitergrad’s aesthetics are just straight up splendid. I’ve always wished that more game developers would use cel-shaded animation since it just pops, giving the brain a serious shot of serotonin via the colorful eye candy. It wasn’t just the use of color that grabbed my attention however, as the design perfectly toed the balance between lived-in and austere. You’d expect a space station to be pretty sterile, and that’s doubly so for a Soviet-inspired one, yet there were plenty of points of interest that made it feel human. One thing I particularly enjoyed was the ride to Yupitergrad, as I was able to peek out of the cel-shaded windows to see a stunningly beautiful starry field that stretched out towards infinity. Despite the function over form feel, I couldn’t help but take all the environments in all at once, my eyes hungry for everything in sight.

Yupitergrad didn’t just look nice — it sounded great as well. The soundtrack is perfect for a space-based puzzle game, which is to say that it’s unobtrusive and atmospheric. I also loved the voice acting, as it broke the building frustration that comes with the genre’s territory with over the top accents and that aforementioned Slavic humor that grounded me right back into having fun. Complete with goofy sound effects, the audio paired very well with the visuals, making an experience that pleased almost all the senses.

The puzzles themselves are a joy to swing through, with quite a bit of variety throughout. You really do get a sense of feeling like a Soviet Spiderman, as you get to play in these massive rooms that demand impossibly long suction cup shots to propel you forward. Right from the beginning I felt as if I was physically moving, even trying to correct my footing to adjust for “landing” despite my feet never leaving the ground. How crazy is it that one of the more immersive VR games is an incredibly cartoony one? As mentioned before, the game is a bit on the short side, with plenty of komrades completing the game in about two hours, but for those of you who want to really take your time with the title, you’re looking at a four or five hour experience with all things considered.

Unfortunately, I found one promise that fell through, and that’s the notion that I wouldn’t experience any motion sickness. I typically never experience motion sickness — the only exception being if I’m reading while in a moving car — but Yupitergrad had me feeling nauseous within 30 minutes. I tried to continue while seated, which is awesome how that’s an option, but after prolonging the inevitable, I finally ripped the headseat off and collapsed in discomfort. It’s been about two hours and all that remains is a headache, so I’m hoping that I’ll be up to that Soviet slinging action again soon.

In a sea of “Spiderman sims,” Yupitergrad is a must-have title for your VR library. Setting itself apart from the rest with an undeniable charm, woefully underutilized graphics, and a great sense of humor, Yupitergrad is definitely my top candidate for 2020’s hidden gem. I’m really hoping I’m the anomaly in the motion sickness department, as the developers stated they worked really hard on innovative countermeasures, but aside from that bump in the road I haven’t had this much fun in a long time. Yupitergrad is for anyone that has a compatible VR headset and $15 — komrades, don’t deprive yourself of this great game! RED IT BE!

Editor’s note: This review is based on a copy of Yupitergrad given to HeyPoorPlayer by the developer.

Third Time is the (Lack of) Charm!     It’s a truly bizarre time when the rich fantasy worlds in games rendered with increasingly advanced computer graphics are actually…