The promise is finally set. 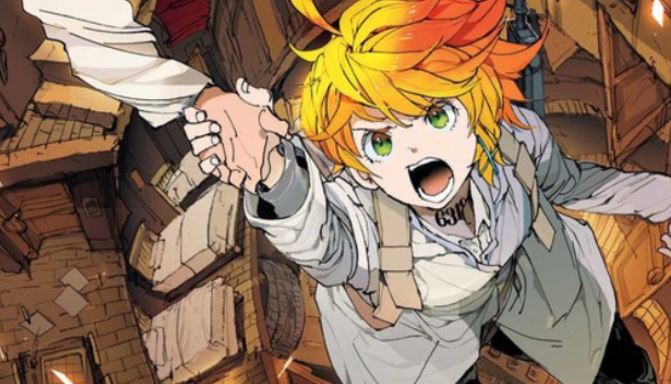 The gears began shifting over the past couple installments, but as of Volume 16, it doesn’t take an official announcement to deduce The Promised Neverland is approaching the endgame. With Norman initiating his genocidal assault as the series’ titular promise is finally bound between man and demon, two solutions of extreme desperation and measured idealism are destined to collide. Whether that develops into violent tragedy or heartening concessions remains to be seen, but such is the appeal of Kaiu Shirai’s suspense-thriller: walking the thin tightrope that is Emma’s unflinching resolution as forces both malevolent and familiar both threaten to literally tear her aspirations into shreds. Granted, Volume 16 isn’t necessarily the best example within The Promised Neverland‘s journey — ironically, it’s Emma’s portion within that falls a bit flat — but a solid entry’s a solid entry.

While this is hardly the first time we’re treated to shifted perspectives among The Promised Neverland‘s actors, this is certainly the first instance where our protagonists have split off into different factions. As Norman’s resistance prepares to storm the Demon capital to end their child-eating reign, the rest of our motley Grace Field band are off working for a more peaceful resolution; namely, Emma and Ray’s multi-dimensional travels for the sake of forging a new promise and Don and Gilda’s search for Sonju and Mujika. The former’s what opens this volume: as our two protagonists hunt for the Seven Walls, the very laws of space, time, and physics are warped beyond recognition, warping rooms and sudden de-aging impeding their progress as Emma and Ray attempt to suppress their psychological breakdowns by equating this temporal sacrilege into tangible concepts and solutions.

…All which is a little hard to follow. Posuka Demizu takes the opportunity to flex her gorgeous art within the unshackled freedom of surrealism, and it’s certainly difficult not to be impressed — I think of the climax where, upon realizing they simply need to commit to mind over matter, Emma and Ray join hands in quiet meditation as the surrounding landscape morphs, accelerates, fluctuates via a beautiful sequence of multiple double-spreads — yet even the exact specifications of how this dimensional nonsense works hurts our brains as much as these poor pre-teens. We’re already silently asked to uphold our suspension of disbelief in how these super-genius tykes are somehow able to deduce their out of life-and-death jams, but following time-cube rocket science as they decipher the very fabric of space-time itself might be asking a bit much. Puzzle-solving and epiphanies are all essential components of The Promised Neverland, yet as always, it’s always whenever that cutthroat tension stalks their every move that the series works best.

Thankfully, such apprehension composes the rest of the volume. Don and Gilda are aided on their search via a new player: Ayshe, a wolf-accompanied orphan who speaks in Demon tongue. Piled on-top the uncertain motives of their other chaperone in Hayato, these two side-characters secretly operate under the motive of keeping “The Evil-Blooded” alive, assuming Norman and his aides want Sonju and Mujika dead. True to Promised Neverland fashion, things aren’t quite what they seem, and it’s a certain twist that spins this arc on its head; namely, that Ayshe wasn’t raised by a demon for future consumption, but instead out of a loving kinship in ugly defects and face-spanning birthmarks. Alas, her surrogate demon father was slaughtered in a raid orchestrated by Norman — another nameless monster murdered in the name of freedom.

This is about as sensible as it gets. 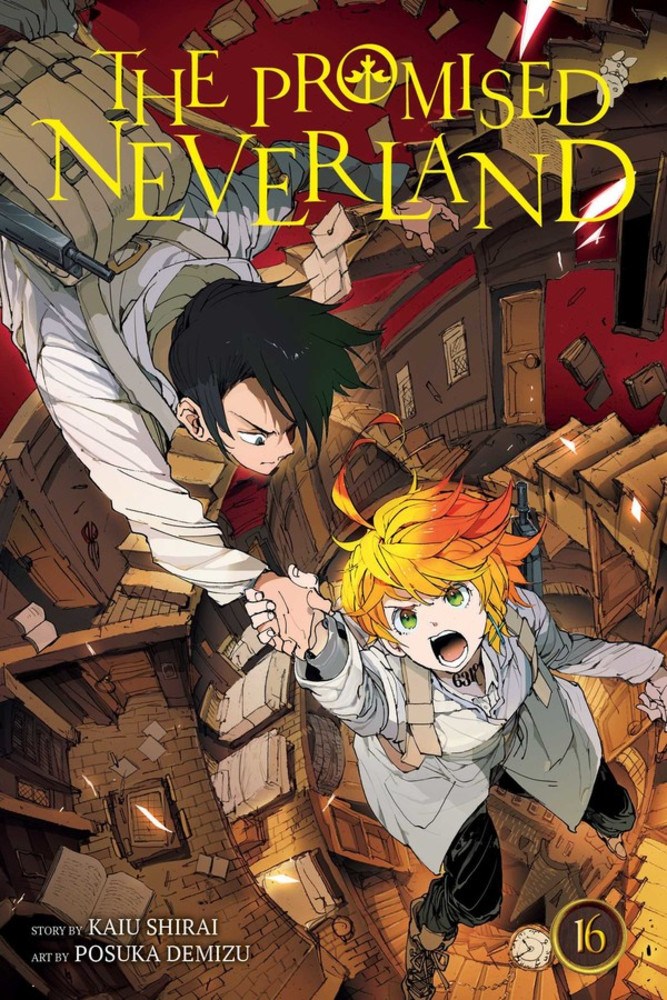 This development already has horrifying consequences; to Norman’s perspective, his liberation front proudly rescued an enslaved foreign girl, but to Ayshe, his band of terrorists are irredeemable monsters who must be killed in the name of revenge. That this forces an uncertain wedge into an already tension-based narrative births an ample breeding ground for theory-crafting (Might Ayshe be successful in her goal, or could she be compelled to work out a compromise?), yet I can’t help but notice how The Promised Neverland once again draws real-world parallels into this scenario; namely, how many wars and revolutions have slaughtered innocents in the name of peace, only to garner and cement further hatred from bereaved survivors? This one example already proves the fears proposed by Emma and Ray in the last volume — that his demonic genocide would only fester into a cycle of hatred rather than permanently ending any oppression-based system.

Hence the new promise Emma makes with…well, his name’s obscured in the demon language, so we’ll take a page from the anime and call him, well, “Him”. Anyway, it’s not the first time we’ve met the fabled demon deity — you may recall Emma previously ran into him at the ancient ruins of Cuvitidala — but this contract won’t be a consequence-free affair, considering what happened to the Ratri Clan’s progenitor and all. All according to the machinations of basic storytelling, mind: Shirai wisely obscures the unknown consequences for Emma as a tantalizing fadeout, not only leaving us little clues on any adverse affects come to harm our lovable idealist but paving the way for two separate cliffhangers for the next volume.

And yet, trepidation persists. As said promise will not only play into the anticipated climax but transform the gruesome, persecuted world of The Promised Neverland as we know it, we must ask ourselves: can it wrap everything in a carefully-tied bow? With how expertly the series has juggled suspense and world-building over the past sixteen installments, the possibility of a cop-out ending might seem unlikely, but as heated discussions over The Promised Neverland‘s summer conclusion still persist in fan communities around the ‘net, yours truly awaits the four remaining volumes to forge my final opinion. There’s no question Emma will succeed, but will she do so in a way that satisfies series fans?

Young Souls Review: On The Radar Releasing exclusively on Stadia in 2021 was a bold move, but sadly one that allowed Young Souls to slip far under many players’…