Coming to the PS4 and Switch next year, check out Poison Control’s infectious announcement trailer here.

Publisher NIS America today announced that Poison Control will be making its way to the PlayStation 4 and Nintendo Switch next year.

Developed by the team behind Penny-Punching Princess and The Princess Guide, Poison Control is a high-energy shooter that puts players in control of Poisonette and her amnesiac Soul Mate, who, after a strange occurrence causes spirits to become trapped within poisoned versions of their own personal despair, must make their way through the Belle’s Hells where they will encounter tormented souls trapped in the realm and fellow Poison Maidens with their own motivations.

To celebrate today’s announcement, NISA has released an announcement trailer. The footage does an excellent job of showcasing the game’s cast of characters, flashy visuals, and stylish gunplay.

Those interested in pre-ordering the game can do so now from the NISA Online Store.

In other NISA news, the publisher announced today that Disgaea 6: Defiance of Destiny will be making its way to the Switch in the summer of 2021. In case you missed it, you can find the full announcement and trailer here.

So, what do you think of the look of Poison Control? Do you plan on freeing trapped souls from Belle’s Hells when the game infects the PS4 and Switch next year? Be sure to let us know in the comments below. 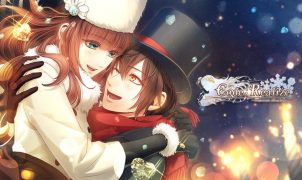