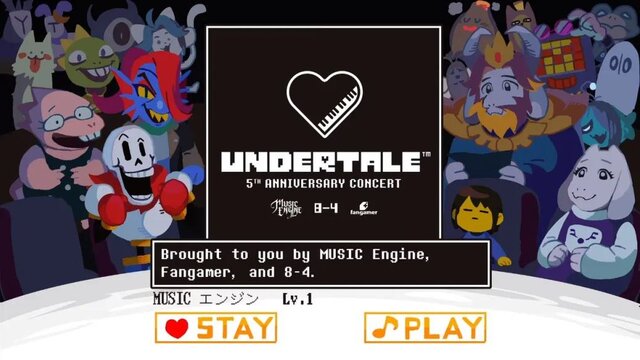 With COVID-19 crushing all our hopes and dreams for 2020, it’s difficult to fend off loneliness with camaraderie and perhaps even find joy in this time of social distancing. But never underestimate the boundless determination that is Undertale; indeed, not even an Annoying Dog could muck up the game’s fifth anniversary, and through a special collaboration with merchandiser Fangamer, game localizer 8-4, and creator Toby Fox himself, a special Undertale concert was held in Tokyo, Japan last night by MUSIC Engine: a Japanese-based corporation that arranges live concerts for beloved video game classics. Missed the big event? Don’t worry — an official, free video’s available below.

(For your viewing pleasure, we’ve adjusted the video so the show starts right away! By the way, the intermission ends at 1:41:15.)

From the cozy nostalgia of Snowdin to the pervasive, iconic MEGALOVANIA, this 50-piece orchestra covered all three of the game’s routes (Neutral, Pacifist, and Genocide) as their talent translated Fox’s celebrated chiptunes to beautiful symphony. (And yes, that’s Toby Fox himself playing piano arrangements of Deltarune/Undertale at the end, albeit in pre-recorded fashion). Needless to say, it’s a must-listen for any self-proclaimed Undertale fan, and what better testimonials than the emotional outpour of praise, kudos, and euphoric jubilation decorating your local Twitter feed? While this was hardly the first time Undertale‘s been subjected to orchestral arrangement, perhaps the occasion of the game’s 5th anniversary within such dire times struck a chord with the Temmie-faithful. Check out some of our favorite tributes and acclaim below:

THE TWO EMOTIONS DURING THE UNDERTALE ORCHESTA pic.twitter.com/MqOAkNWVmI

Naturally, Mr. Fox himself — no, not the fantastic literal fox; just Toby — had some choice words for the concert celebrating his work. While his persistent wrist aches were documented in his recent development updates for Deltarune, fret not: they apparently didn’t impede this performance. A piano production that still wasn’t to his liking, mind, but as I always say: The one hardest on one’s work is the creator themself.

Thanks Music ENGINE @musicengine_tw for an amazing concert performance and thank you @Fangamer and @84play for helping organize and put it together! (And of course @Everdraed for putting the video together!) And thanks everybody for watching!

Also I wasn't playing live, the whole video was pre-made. Also don't worry about my wrist, I only did a couple takes then edited out some of my worse mistakes. Of course, I made so many mistakes, I couldn't remove them all. LOL

And yet, it’s this tongue-in-cheek marvel at how his little indie game took off that may’ve struck home the most. Sweep away the endless “Sans undertale” memes and rabid, fanatical rhetoric surrounding the “correct” route pervade public discourse, and the beating heart of Undertale persists five years later. The game takes maybe a mere five hours to complete, yet its unforgettable integration of game mechanics as a conscious, palpable element within its own world; for instance, defeating an enemy in battle doesn’t default to vague notions of “defeat” or transition into a cut-scene entailing their retreat — you’re literally killing them. Resetting the game to enjoy another trip down in the underground undoes all your previous hard work and resets the universe, its familiar citizens expressing everything from déjà vu running gags to resigned nihilism. Curiosity and the strive for bragging rights and/or 100% completion may very well render you the true monster.

It’s this heartened appeal to empathy that doesn’t just challenges us to question our pre-conceived notions of gaming tropes, let alone morph Undertale from a humble indie into a seminal, life-changing experience — it compels us to question our very own character and how we, too, can “SAVE” the world with kindness. In this age of deadly pandemics, devastating wildfires, and vitriolic politics, it’s a quality we need to embrace and share more than ever.

If a young man the same age as I can have his passion recognized by idols in Shigesato Itoi (EarthBound) and Masahiro Sakurai (Kirby, Super Smash Bros.) and influence a legion of artists, musicians, writers, and innumerable youth in the name of something so humbling and life-affirming — not the least in numerous professional orchestral concerts around the world —  so can I. And so can you.

What’re your favorite Undertale memorie? How has the game impacted you? What did you think of the Undertale concert? Let us know in the comments below! 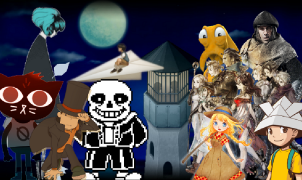 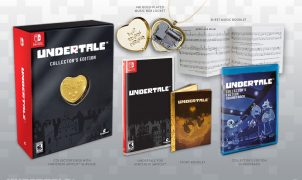