In the footage, we get a look at how the game’s protagonist, Colt, must observe the routines of his eight key assassination targets to find the most efficient way to eliminate them. Here, we watch as he sabotages scientist Egor Serling’s experiments to ensure he goes to drown his sorrows at a cannibal banquet hosted by the visionary Aleksis Dorsey, which presents Colt with the perfect opportunity to kill two birds with one stone.

What are you waiting for? Watch the latest gameplay trailer below:

With its gritty grindhouse style, eight different targets to assassinate, and a unique cyclical core game mechanic, Deathloop looks like it’ll be one of the more interesting titles to release next year. Be sure to stay tuned to Hey Poor Player for the latest on this exciting shooter from Arkane Studios.

Deathloop is currently slated to release on the PlayStation 5 and PC in Q2 2021.

In case you missed it, you can watch the entire PlayStation 5 Showcase here.

What do you think of the latest trailer for the game? Are you looking forward to picking off your targets when it releases next year? As always, we love to hear what you think. So be sure to sound off in the comments below and let us know. 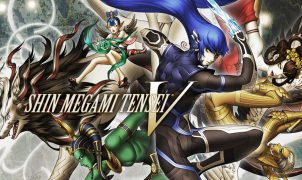