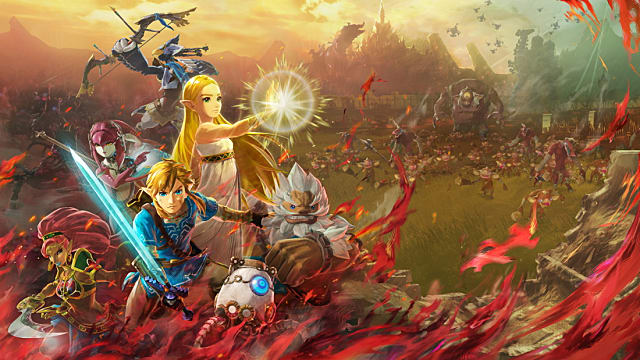 Ever wanted to witness what, exactly, went down during Calamity Ganon’s rampage across Hyrule? Thanks to the latest collaboration between Nintendo and Koei-Tecmo, we get to play through that famous tragedy this November 20th in Hyrule Warriors: Age of Calamity! The sequel to 2014’s Hyrule Warriors — or 2015’s Hyrule Warriors Legends 3DS port or 2018’s Hyrule Warriors: Definitive Edition for Switch, if those were your versions of choice — this canonical prequel to The Legend of Zelda: Breath of the Wild follows Link, Zelda, and the Four Champions as they fend off hordes of possessed Guardians, Yiga Clan heretics, and Calamity Ganon himself within

This surprise announcement came courtesy of Zelda series producer Eiji Aonuma and Koei-Tecmo’s Yosuke Hiyashi. As explained in the below video broadcast, Mr. Aonuma confirms it’ll be some time before Breath of the Wild‘s sequel — announced at last year’s E3, as you may recall — hits store shelves, so he approached Koei-Tecmo with the task of revisiting that game’s Hyrule within the Warriors mold. The two further elaborate on how Nintendo’s Zelda team had a deeper hand in this iteration, so check out their comments below!

Right from the get-go, Age of Calamity already renders itself an authentic Breath of the Wild experience with the familiar graphics engine, slo-mo counterattacks, and meticulous usage of the Sheikah Slate. (Albeit more combat-primed!) Naturally, Link and Zelda are playable characters, albeit now joined by the Four Champions: Mipha, Daruk, Revali, and Urbosa. Who else might be jo, although we can’t help but notice what appears to be a younger Impa kneeling before King Rhoam at 3:46 above. (Not to mention that cute lil’ Guardian accompanying Link on the cover — might it be a chatty companion that escaped Ganon’s clutches? Oof, I already don’t wanna see it killed off…)

We’re sure Zelda diehards are already scanning the available footage for clues, but in the meantime, here’s some more goodies: for starters, pre-orders will come included with a tongue-in-cheek weapon set featuring a Ladle and Pot Shield. (For anyone that passes that up, Nintendo claims it might be available down the road as paid DLC — boo!). Meanwhile, if you missed out on the Breath of the Wild amiibo of the Four Champions, now’s your chance: Nintendo’s confirmed they’ll be reprinted alongside the game’s launch on November 20th. Oh, and you can check out an official image gallery of relevant artwork/screenshots here, too.

Could Kass’s mentor and Bolson’s ancestor join the battle for Hyrule? Will the crazy flower lady reappear as an uncoventional Warriors mission in avoiding her garden? Might the oft-criticized weapon durability feature reprise itself here? How on earth could this Age of Calamity hope to match the original game’s content? Let us know your theories in the comments below! 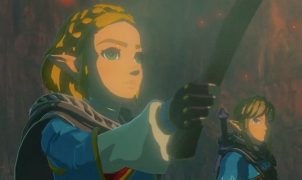 The Legend of Zelda: Breath of the Wild Sequel Announced

Sure thar be treasure, but there also be residential zoning to be considered and tax forms to be filled! Yarr!