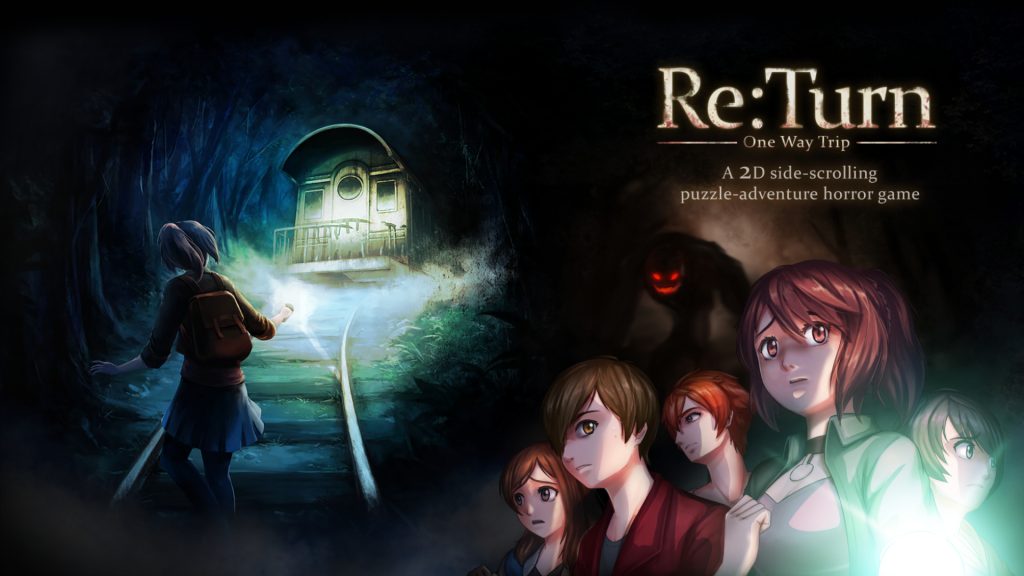 It’s been a long time since I had the pleasure of playing a good 2D side-scroller horror game. Or any 2D side-scrolling horror game. They’re not very common. And, considering that they have games like Clock Tower/The First Fear to live up to in terms of expectations (which I guess is more of a point-and-click, but whatever), I don’t blame most people for not wanting to dip their toes into such an obscure sub-genre. But the devs over at Red Ego Games clearly aren’t “most people.” Not only did they dive headfirst into the world of spooky sidescrollers with Re:Turn – One Way Trip, but they’ve done so with every intention of making a memorable horror experience—and things are looking good so far.

A Fright to Remember 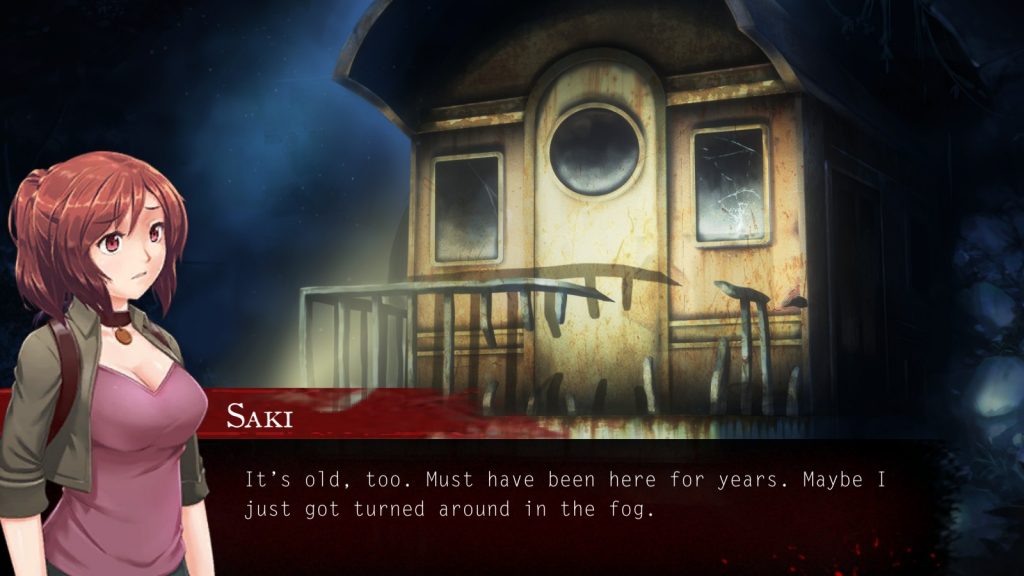 Sure, let’s go with that.

Re:Turn – One Way Trip primarily follows Saki—a young woman who, after realizing that all of her friends disappeared in the middle of the night during a camping trip, finds herself exploring an old train in search of them. Exploring an abandoned locomotive at night is already scary on its own, but it’s not just being alone, scampering mice, and the stench of decay that Saki has to deal with; a sinister darkness appears to be chasing her, and her friends (both figuratively and literally), and a guaranteed escape for all is something that’s looking less and less possible.

The preview build of Re:Turn was quite generously portioned, spanning what seemed to be roughly half of the game. Despite that, I still don’t feel like I have enough of the game’s story to give anything more than a vague opinion and a handful of guesses. Contrary to a lot of contemporary horrors games, which favor amping the player up immediately with jump scares and a spooky story, Re:Turn‘s approach is more slow-burn in nature. I don’t really know what’s going on with Saki and her friends. I’ve only met two of them so far—although I’m not fully convinced that it was actually them that I met—and some of the way Saki’s handled things has left me questioning her as well. In short, I’m kind of clueless—but not in a bad way. The narrative crumbs that Re:Turn‘s fed me so far are tantalizing enough to have me hungry for the full story. 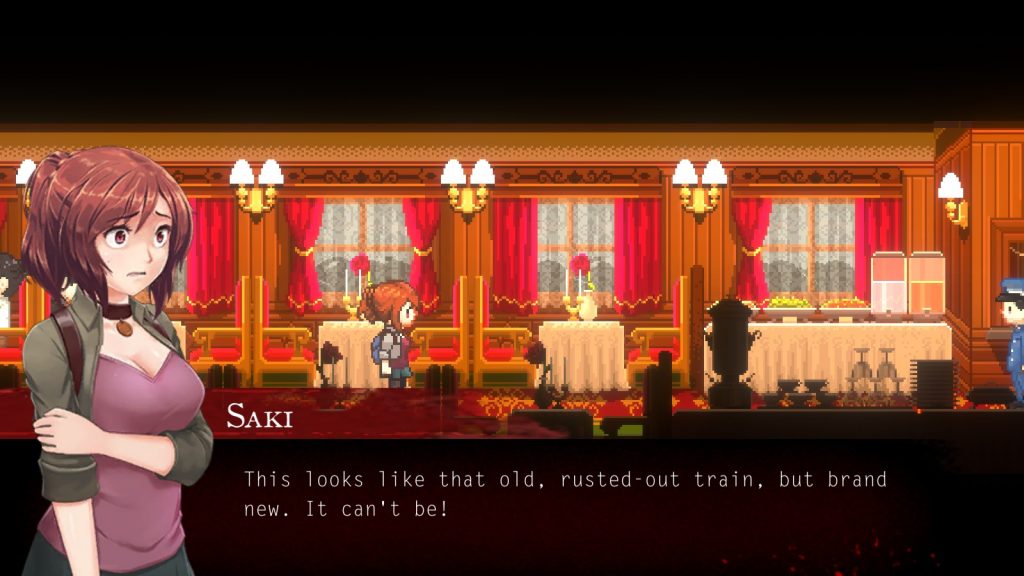 I still have no clue what’s going on with this part of the game.

Snooping around a broken-down train isn’t the only thing Saki’s dealing with, though. Partway through the game, Saki begins hearing a strange noise and ends up fainting. At first, I thought that this was either a setup that led to her being captured or some kind of bad end. Neither of those ended up being correct. Saki does, in fact, wake up in the same spot that she fainted in… but in the 1940s, during World War II. And this isn’t some little flashback, either. The “past” (or whatever this is) appears to play a very important role in the story, introducing plenty of new characters—one of whom you even play as for a while—puzzles, and collectible items. I know that glimpsing into “a tragic past” isn’t anything new for the horror genre, but the degree to which Re:Turn appears to be stitching together the past and the present has left me very intrigued.

There’s only one negative thing that I have to say about this game’s story so far; the character portraits are messed up. Or, rather, their application is (the art itself looks great). Toward the end of the demo, I started to notice that character names and portraits weren’t switching like they were supposed to be, turning what were supposed to be normal conversations between two people into every character talking to themselves. Considering that this isn’t even the full build, I won’t sweat it too much, but it’s definitely something that needs to be corrected before version 1.0 rolls around. 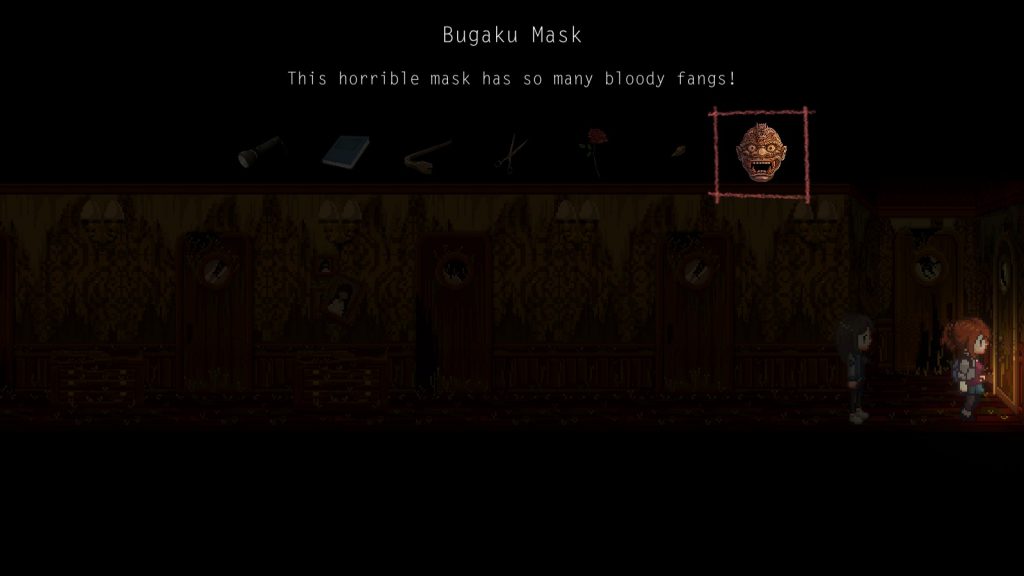 Re:Turn has done a great job in honoring the spirit of the 2D horror sidescroller so far. Like the games from which it’s drawn inspiration, Re:Turn‘s focus primarily centers around solving puzzles through exploration and the tried-and-true gimmick of collecting and using a bizarre assortment of items. The pacing has been a little slow during some parts, but the game’s detailed and decrepit atmosphere has ensured that it was anything but boring.

While not nearly as dominant as the exploration-based puzzles, Re:Turn has also shown its ability to utilize more traditional puzzles as well. Admittedly, there were only two so far—with one being more of a marble maze than a puzzle—but the second an more difficult of the two, which centered around cracking a code via the use of a poem about teru teru bozu, did stop and make me think for a few minutes. If the game keeps heading in this direction, I think that what we’ll end up with is a collection of puzzles that challenge players without venturing into the dreaded “unfairly obscure” level of difficulty. 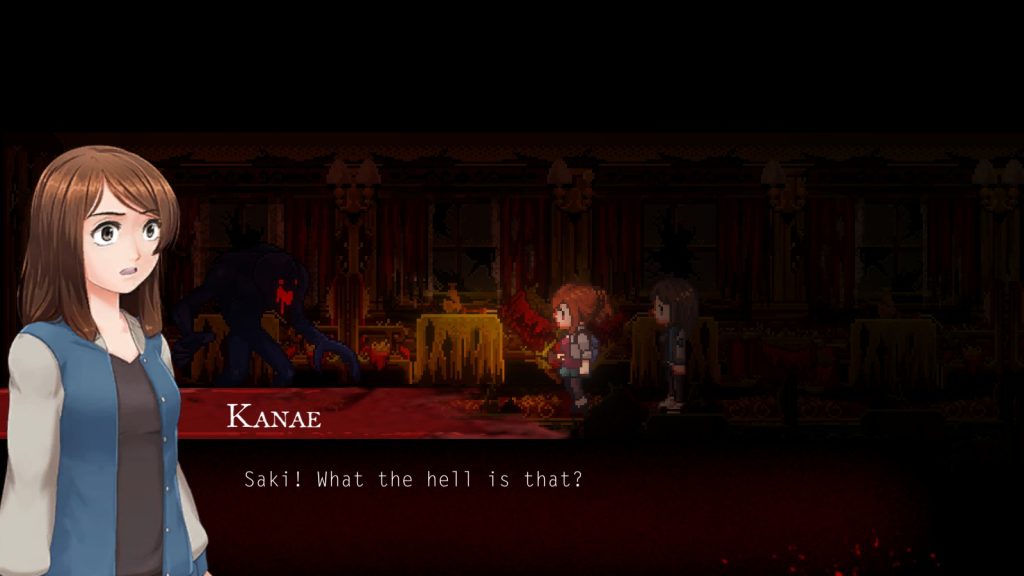 You might have noticed by now that I’ve spent all of my time talking about Re:Turn‘s story, atmosphere, and puzzles, and none of it talking about the stuff that actually makes a horror game horrific—the monsters (or demons, spirits, etc.) There’s a simple explanation for that; there weren’t any. Or, rather, there weren’t any that actually factored into the gameplay. Aside from a few small jumpscares and an easy QTE near the end, my experience with Re:Turn was very lacking in danger. While there is some kind of shadow monster that the game introduces you to, it’s only during a story segment near the end of the demo. So much for trying to narrowly escape dying!

I won’t pretend that the lack of danger didn’t disappoint me. As much as I hate it when horror games don’t do anything but throw cheap and frequent jumpscares at you, entirely removing player vulnerability—a factor which very much plays into horror games—was extremely strange. Maybe there’s a reason for it—after all, what I played was still a demo build. I just hope that this, once again, isn’t the case when the full game releases.

Player Beware, You’re Probably in for a Scare!

Total lack of protagonist-killing monsters aside, I really like what I’ve seen during my time with Re:Turn – One Way Trip. As it stands, there’s just too little to go off of for me to make some kind of sweeping declaration aside from “I liked the demo,” but I do think that this game has the potential to become something both terrifying (in a good way) and memorable. And, hey, we don’t even have to wait that long to find out!

Final Fantasy Island     Heroland is undoubtedly a game in a league of its own. Developed by FuRyu with a team comprised of veterans from such beloved titles…