A versatile class, the Technomancer is suitable for filling a variety of combat roles. For example, they make exceptional support units with their crowd control powers and can deal massive damage with their high-powered artillery. Technomancers are versatile fighters that seem sure to spice up the game’s firefights when it releases later this year.

In the footage, which does a great job of showcasing the RPG-shooter hybrid’s co-op mechanics, we watch as the Technomancer joins forces with a Devastator and Pyromancer to clear out a series of trenches teeming with baddies.

“Co-op in Outriders is an intense and challenging experience that allows for a great variety of team synergies and power combinations. Players will need to truly master their team tactics in order to take on the toughest challenges in the game”, said Bartek Kmita, Creative Director at People Can Fly in a press release distributed today.

Want to see the game in action? If so, check out the Technomancer in the co-op carnage gameplay trailer below:

Those itching to participate in the game’s co-op firefights won’t have to wait long. Outriders will release for the PS4, Xbox One, PS5, and Xbox Series X this holiday season.

So, what do you think of the look of the game so far? Do you believe Outriders has what it takes to stand out from the crowded shooter pack when it releases at the end of the year? We love to hear what you think. So be sure to sound off in the comments section and let us know. 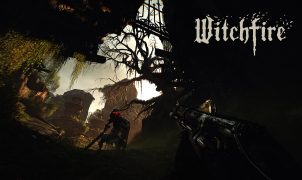 Witchfire Returns The Astronauts To Their Roots