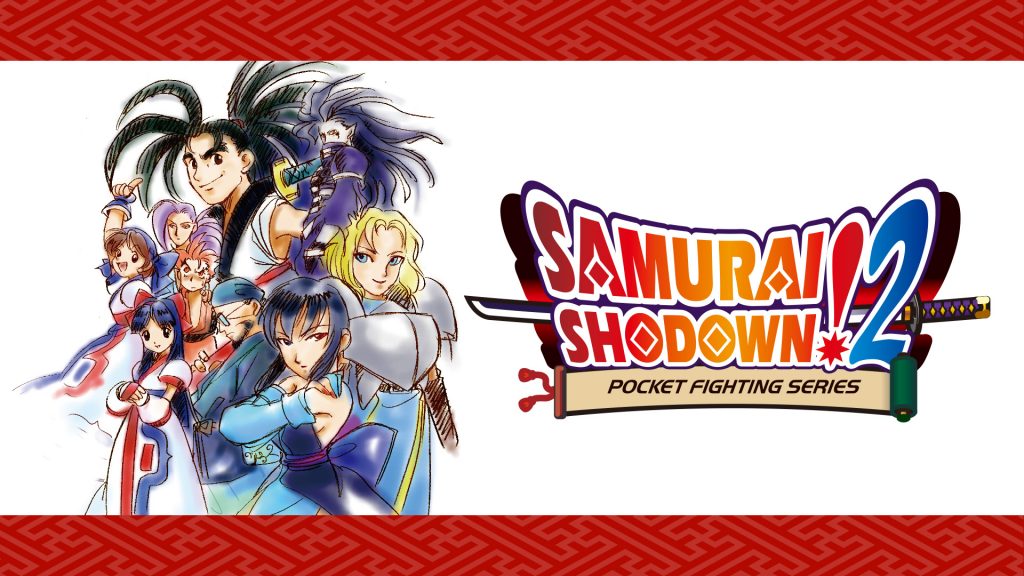 I’ve been an avid SNK fan for about as long as I can remember.  Back when I was around 4 or 5 years old, my grandmother would take me along with her to the bowling alley so she could practice with her league.  While she was practicing, I’d play around in the alley with my friends that were also there.  This alley had a couple of arcade and pinball machines.  Most importantly, one of those machines was a Neo Geo arcade cabinet.  My memory is a little fuzzy, but I recall the cab running Fatal Fury along with Samurai Shodown.  I’d never seen anything like it before.  The graphics were mind-blowing – huge characters, tons of color on screen, and the screen would zoom in and out as the characters got closer and further apart.  The sound was phenomenal and crisp, and above all else, it was SO fun to play.  Samurai Shodown wasn’t like other fighters of the day.  You had to be careful and methodical, looking for openings to attack your opponent.  The risk of a match ending in seconds if you weren’t careful was the main draw to the game, and still makes it a blast even today.  In fact, I love Samurai Shodown so much that I bought Samurai Shodown 2 as my first game for my Neo Geo AES when I bought it a few years back.

SNK’s Neo Geo reigned supreme in the arcade and home markets (at least as far as raw power was concerned) for a number of years, but they also got into the portable market too.  Releasing the Neo Geo Pocket, and subsequently the Pocket Color, in the late 90’s to modest (initial) success.  Pretty much all of SNK’s mainstays made it onto the potent little portable.  Series like Metal Slug, Fatal Fury, King of Fighters, and of course, Samurai Shodown all had faithful ports onto the Neo Geo Pocket, and all of them are fun games to play.  Recently, SNK has been porting Neo Geo Pocket games to the Nintendo Switch, and I’ve had the pleasure of having two of them land in my inbox.  I actually own an actual Neo Geo Pocket Color along with these games, so it will be interesting to see how they compare. First up is, of course, Samurai Shodown! 2 (my other review, King of Fighters R2, can be found here if you want to read it as well). 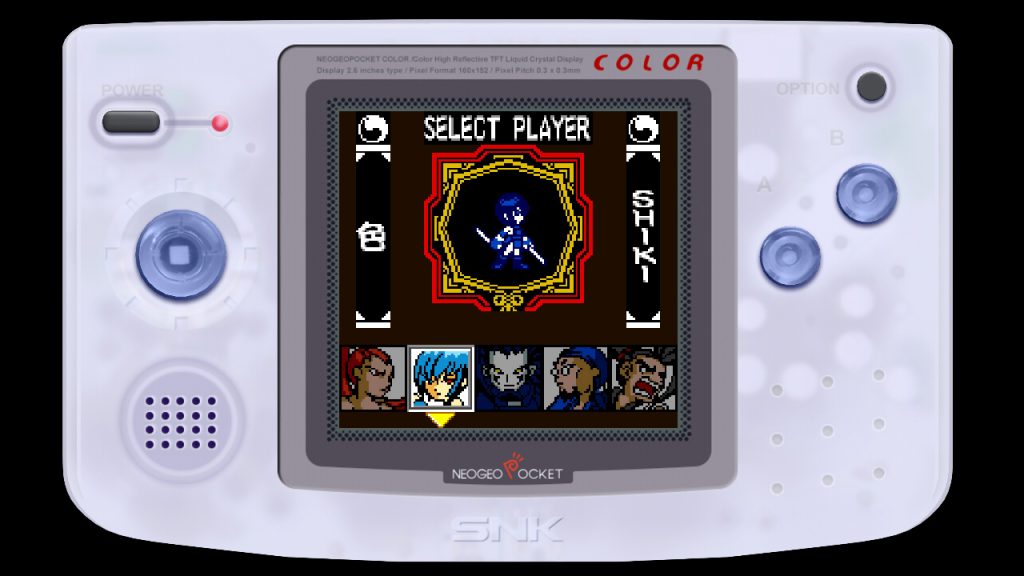 Samurai Shodown! 2 boasts an impressive number of fighters for a small, portable game.

Originally included as a pre-order bonus for Samurai Shodown, released for the Switch in June 2019, the game is now available as a standalone game purchase from the eShop.  Set shortly after Samurai Shodown 64 (released in arcades on SNK’s short-lived Hyper Neo Geo 64 hardware made to run 3D graphics), Samurai Shodown! 2 sees the return of all the characters previously featured in the arcade game, as well as the return of missing characters like Charlotte.  There are 17 characters total, each with a “Slash” and “Burst” modes that change each character’s moveset.  That’s a ton of characters and moves, which is impressive given the Neo Geo Pocket’s lack of horsepower.

Obviously, the Neo Geo Pocket’s 16-bit architecture couldn’t handle 3D character models or even the high-end sprites of the older Neo Geo hardware, so the presentation here – as well as most Neo Geo Pocket games in general – is a cutesy, cartoonish (or “chibi” if you will) style.  Even with the limited graphical power, Samurai Shodown! 2 looks great.  The backgrounds have a lot of detail, and while the characters don’t have a lot of colors, they are nicely animated.  The original Neo Geo Pocket Color has a small display size, so for the port, an overlay of an actual handheld has been used to fill in the negative space from the display.  You can swap to different (actual) colors as you wish, and there are also scanline and pixel perfect display modes.  You can also zoom in on the display screen and turn off the handheld overlay as you wish.  These little touches are extra nice. 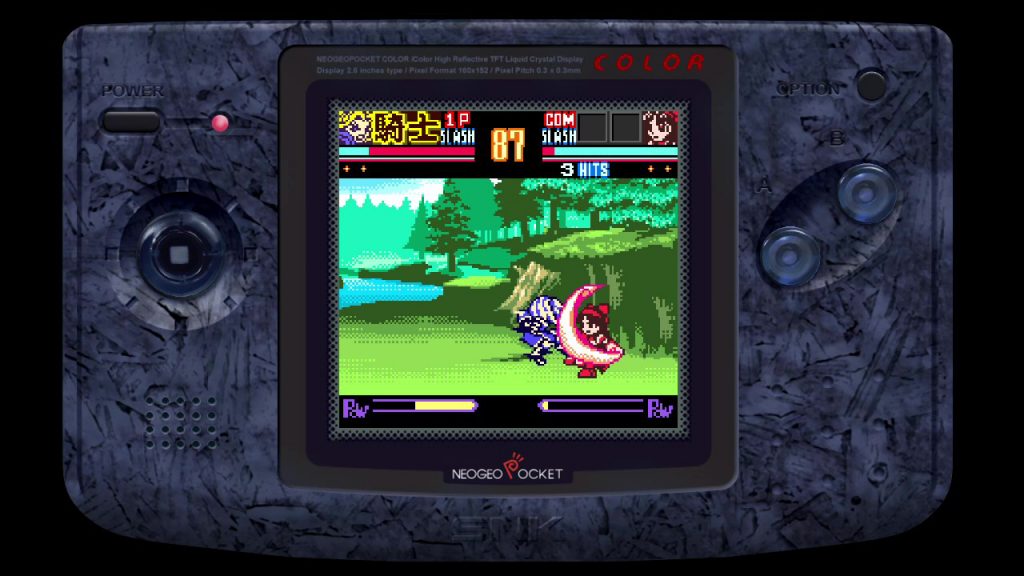 Samurai Shodown! 2 is a much more strategic fighting game compared to others.  Think before you fight!

Being more of a strategic fighting game, Samurai Shodown! 2  plays differently from other fighting games you may be used to.  This still holds true for both the original Neo Geo Pocket and Nintendo Switch versions of the game.  Samurai Shodown! 2 is an especially challenging game.  I’m at most a casual fighting game player, far from a Pro.  I was having to bring my A-game even on the default difficulty to even stand a chance of making it to the 3rd match.  I feel that this was hampered in part by the Switch’s controls.  The Neo Geo Pocket Color has an AMAZING micro-switched joystick and very comfy buttons.  Using the analog stick and holding the Switch in portable mode felt alien to me, and I found it a little harder to adapt to this port in comparison.  Even so, the controls felt extremely responsive.  A plus side of the Switch version is the ability to play in tabletop mode with a friend, whereas with the Neo Geo Pocket version, you’d need to have two handhelds, two games, and a link cable. 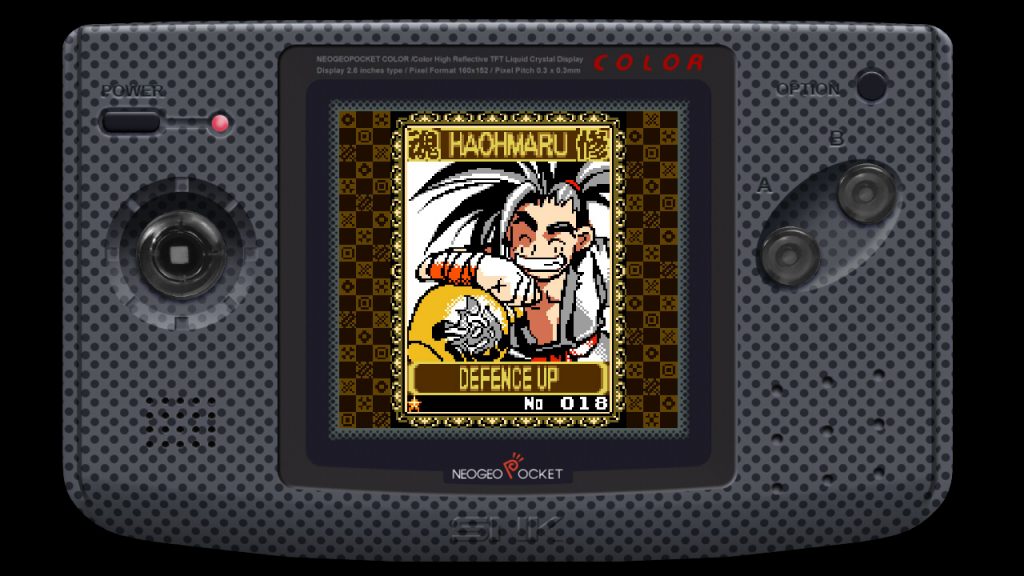 Like the original portable game, Samurai Shodown! 2 for Switch features a plethora of unlockable art cards.

Aside from the core game, Samurai Shodown! 2 also has a nice host of extras.  The original game for the Neo Geo Pocket had unlockable art cards that could also be traded.  Each character has eight total cards, meaning there are a lot to find.  Each card has a nice character portrait attached to it, making the cards fun to find and collect.  The full manual for the original release has been scanned in very high quality and can be viewed at any time.  This serves as a nice little time capsule of sorts, and calls back to the classic days of flipping through the pages of your fresh new game back in the 80s and 90s, seeing all the character art, studying the move sets, and reading about the story before diving in.  Additionally, it was a joy seeing the horrifically butchered name translations in the manual.  I died laughing at “Haohmal” and “Rimnerel.”

Bushido Battles on the Go

All in all, Samurai Shodown! 2 is a great little port of an admittedly overlooked part of gaming history.  Though the Neo Geo Pocket/Pocket Color lost its steam due to corporate shenanigans, it has a good library and is very fun to play.  Seeing these games being modernized and re-released is charming to see, and I’m hoping SNK brings even more titles out in the near future.  Though the controls really won’t translate 100% with the lack of the Pocket’s wonderful clicky-stick, Samurai Shodown! 2 and other SNK Pocket Fighting Games are a blast to play, especially for the low cost of entry.

Full disclosure: This review is based on a copy of  Samurai Shodown! 2 given to Hey Poor Player by the Publisher 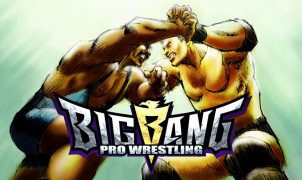 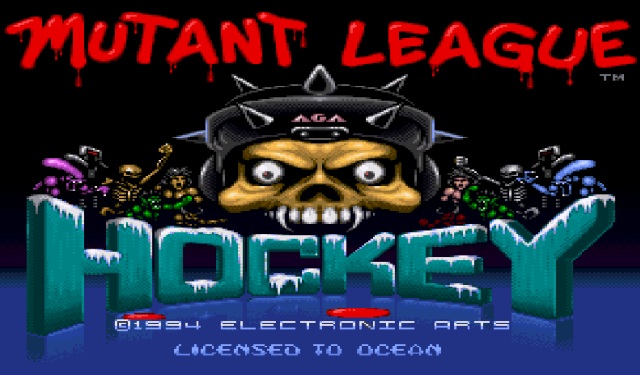 Blood on the ice   When asked by Francis DiPersio to write a retro game review for HeyPoorPlayer, a few things went through my head: This is going to…