Science is out there! 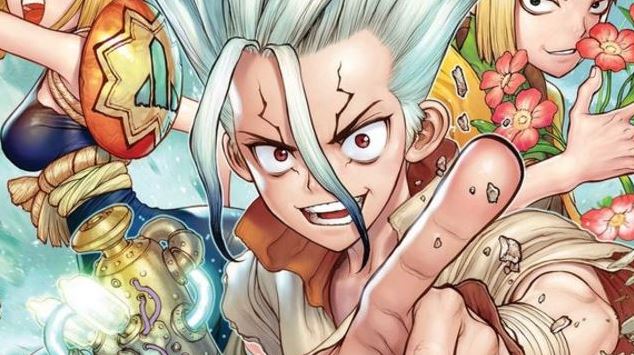 Alright, now the Dr. Stone ball’s rolling! Or should I say the motor, since this volume’s occupied with building a giant motorboat. (Wait, but that’s not how motors work…) Maybe the last volume of Riichiro Inagaki’s beloved Shonen Jump manga got a little too occupied with bread-baking — delectable as that may’ve been for my Italian taste-buds — but from Vol 12’s very first chapter, the Kingdom of Science goes full speed ahead in constructing the ship of their dreams. With the impending threat of Why-Man — suspect Numero Uno in humanity’s petrification — looming over their heads, Senku and the gang sail into the open seas as they encounter dangerous foes possessing a power all-too-familiar to the Kingdom’s old guard. Can they escape Treasure Island unscathed?

A full-fledged iteration of Dr. Stone, Volume 12 boasts a healthy assemblage of character development, world-building and tantalizing mystery, heartwarming camaraderie, and, above all else, boundless energy over the values of science. Even as Senku’s motley crew lays down the blueprints for leaving their home behind, Dr. Stone only abandons its comfort zone for the pursuit of knowledge; naturally, the curiosity of man compels us to seek answers beyond our borders, and where would we be without Ryusui’s ambitions and Senku’s scientific know-how? As the journey to constructing the Perseus morphs into a year-long montage, our hearts can’t help but swell alongside Minami’s tears — this cast has truly become a family we’ve grown to care about. (Not the least in Ginro — Dr. Stone’s best comedy relief continues walking a fine line between heart-of-gold heroics and sleazy selfishness, the latter concocting a mad scheme to “have his cake and eat it too”. To the surprise of no one, he fails, yet the obliviousness of his fellow crew-mates somehow frames his blunder as a heartwarming reunion. That’s the magic of Dr. Stone for you.)

But what of our new recruit in the bug-eyed Soyuz? As does Ryusui, eagle-eyed readers of our own may recall his untitled mugshot within the village’s early roll-call (hence his alias of “No-Name”), and that subtle hint’s finally come into fruition with his mysterious connection to Treasure Island. Does Soyuz’s infantile memories of his homeland break the the series’ scientific boundaries? Perhaps, but let’s not forget Dr. Stone hasn’t dispelled our suspension of disbelief; remember, this is a series that opened with high school students pulverizing lions and millenia-long counting. What is important that Soyuz’s romanticized thirst for truth and identity render him into an endearing character we gradually root for, and so we genuinely anticipate what role he’ll play.

Did he just jab through stone with his finger? 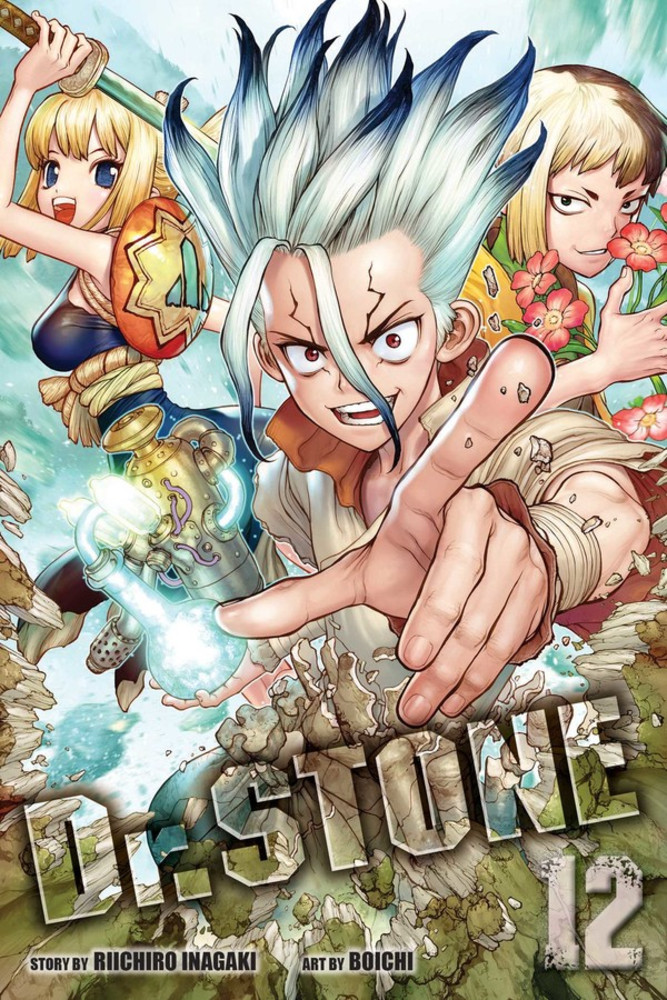 Not that Soyuz isn’t performing an admirable segue already: stuck between two worlds he doesn’t belong, his scraps of memory help Senku and co. piece together the puzzle of Treasure Island. Yet his piecemeal exposition is just that, and it’s not long before the Kingdom of Science is confronted by another enemy; namely, the very real threat of petrifaction once again angling to doom their world-revitalization plans. As we meet island denizens like Amaryllis and get a better picture of the island’s conventions (namely, a commitment to harems that’s so strong they’ll gladly riot over Amaryllis’ hand in marriage), we recognize this sets the stage for a more malicious match-up between modern science and primitive tribal warfare. (Which, as the last two pages confidently proclaim, once again resorts to unconventional applications of science; namely, beautification and cosmetics.)

Despite his professed love for the character, however, whether artist Boichi is up to the task of conveying Kohaku’s newfound “charms” will be another matter, as this volume isn’t one of the man’s finer examples of human anatomy. Putting it this way: when Dr. Stone‘s busy showcasing the passion, humor, and science-elaborating so often expressed by its exuberant cast, it’s impossible not to get caught up by its infectious enthusiasm; when it comes to showcasing the, ahem, “finer points” of the female anatomy, it’s harder to resist our innate cringe. This is never more abundant than our late newcomer in Amaryllis: despite her very real plight luring us further into the mystery of Treasure Island, her plush lips and bountiful hips are persistently offset by ghastly disproportions that are never very pleasant.

Yet while we may have our familiar grumbles against Dr. Stone here and there, why linger on such trifles when it’s this much fun? Never a series to neglect its sleeve-worn heart, Dr. Stone is at its finest when its drive for science fuels the plot forward, and Volume 12 is no exception: with their backs pressed to the wall to rock-bottom levels not seen since the early confrontations since Tsukasa, the Kingdom of Science’s scant few survivors must pull every last scientific trick in the book if they wish to restore their ranks, recover Treasure Island’s mythical platinum, and solve its deepest, darkest mystery: one that’s haunted its cast from the onset. What better hook can you ask for? 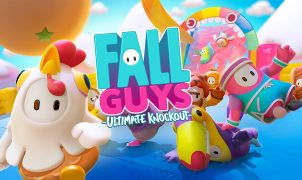 We all fall down Gamers of a certain age might remember MXC: Most Extreme Elimination Challenge, a 2000s TV show that took a ridiculous 1980s Japanese program, Takeshi’s Castle,…