In which Billy Corgan… I mean, Willy Morgan seeks the greatest treasure of all: family 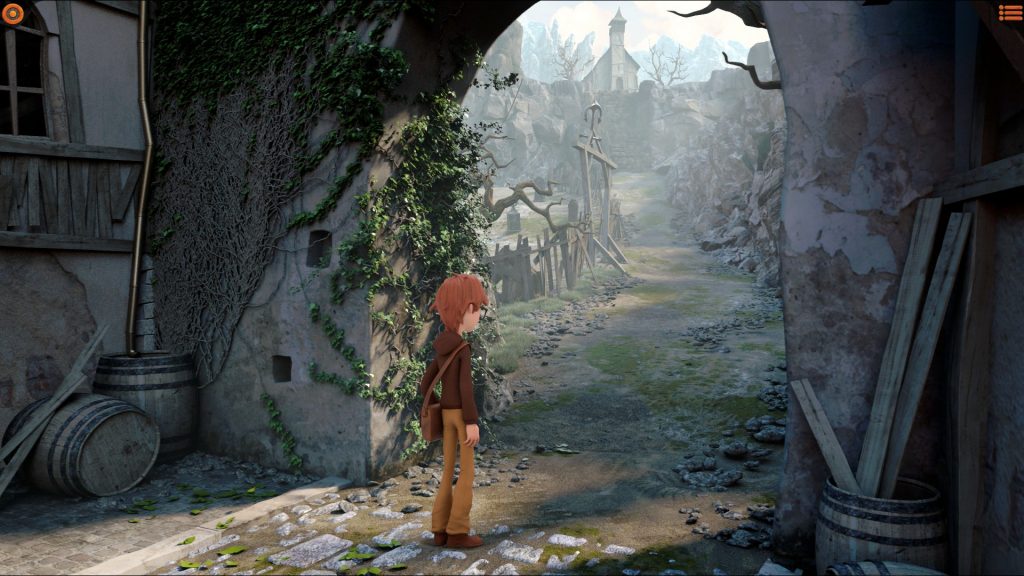 Attempting to fill the rather large shoes of the Monkey Island games of yesteryear is no easy feat; many have tried, and although they’ve been good games on their own merit, few have truly captivated that Monkey Island feel we ancient gamers know and love. It’s one thing to emulate the classics — in may cases, aiming for greatness is greatness enough — but like many fans of the giants of the point and click genre, I’m still waiting on a worthy modern contender. How does Willy Morgan and the Curse of Bone Town stack up, and is there room for growth while still keeping what made good games great?

Developed by imaginarylab and published by VLG Publishing and WhisperGames, Willy Morgan and the Curse of Bone Town asks players to “explore an unconventional town of pirates, dive into the past, collect items and look for clues to help Willy find out what happened to his father…” Available on Steam for a launch price of $16.99 (full price $19.99), Willy Morgan and the Curse of Bone Town is a short but sweet contemporary take on bygone hits that have defined a genre. With four different worlds to explore and plenty of perplexing puzzles requiring pointing and clicking within, it’s sure to please just about anyone who adds this little gem to their library. 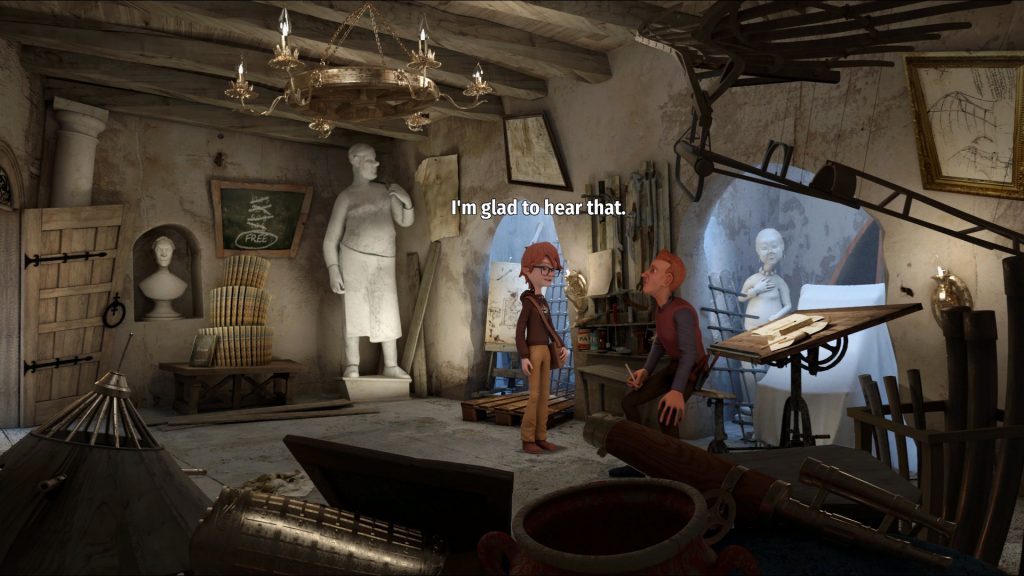 Willy Morgan and the Curse of Bone Town opens up on its titular character, Willy, who receives a mysterious letter from his missing treasure-hunting father while his archaeologist mother is away on a dig. Keeping the family tradition alive, Willy takes his father’s letter and, after rebuilding his bike, sets off for the noted destination: Bone Town. Once there, Willy must follow the trail his father has left him to discover his possible whereabouts, but be forewarned — there are others who would thwart his progress for their own foul gains, so beware what lurks out of the corner of your eye.

As is standard for the point and click genre, controls in Willy Morgan and the Curse of Bone Town are exceedingly simple, as players are only required to point and click on specific items. Left clicking will prompt a possible action, while right click encourages Willy to speak more about the object in question. For those wanting to avoid any potential pixel hunts, pressing the space bar will quickly show which items are able to be interacted with, speeding up the process and greatly reducing the difficulty. 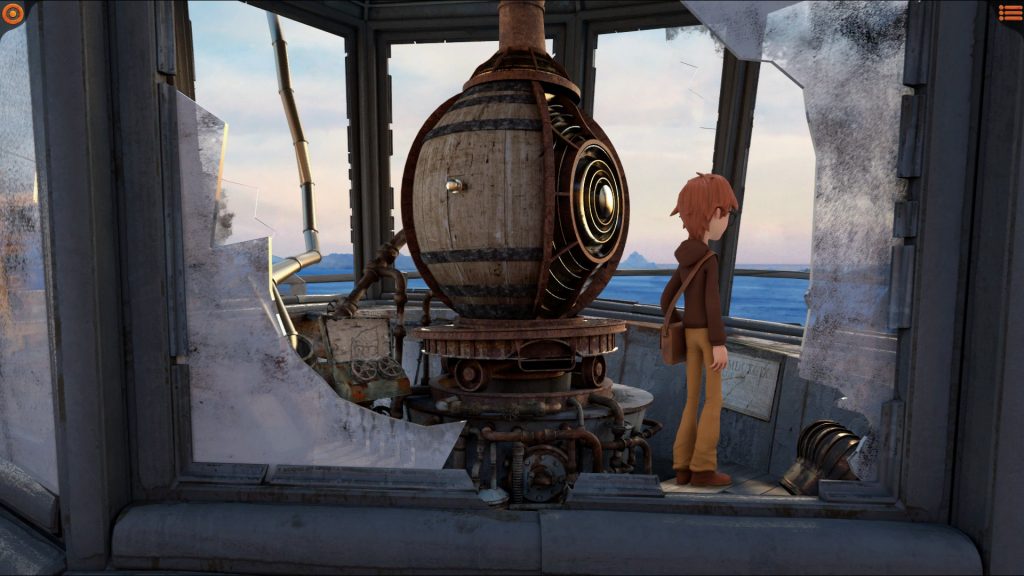 The aesthetics are definitely grabbing — with a Truberbrook kind of look, the graphics the very definition of juxtaposition, as they pop in a muted, mundane manner. I especially loved when a character would be animated for a one-time movement, such as when the pastor would walk out of the church to investigate some foul play, balling his fist towards his shaking head in rage. The music was also catchy without being obtrusive — important in any puzzle games — save for one particular pairing of a creepy carnival level and a dizzying melody that, when featured together, gave me the absolute creeps. Something about the atmosphere made if extremely difficult for me to stay in that section for too long, although I had no issues with other levels featuring that music. Something about putting those two together made for one unsettling setting!

Speaking of level design, Willy Morgan and the Curse of Bone Town both delighted and disappointed, although it did more of the former than the latter. The title featured four distinct environments, but only one of them truly felt fully fleshed out, the other three feeling cramped in comparison. That single fleshed out level made many amends for its shorter counterparts, however, because of the sheer amount of history and vitality packed within those few frames, and its non-linear design meant the roadblocks were few and far between. I had so much fun with this level — the Bone Town streets — and definitely found myself wishing the rest of the game had been more like it. 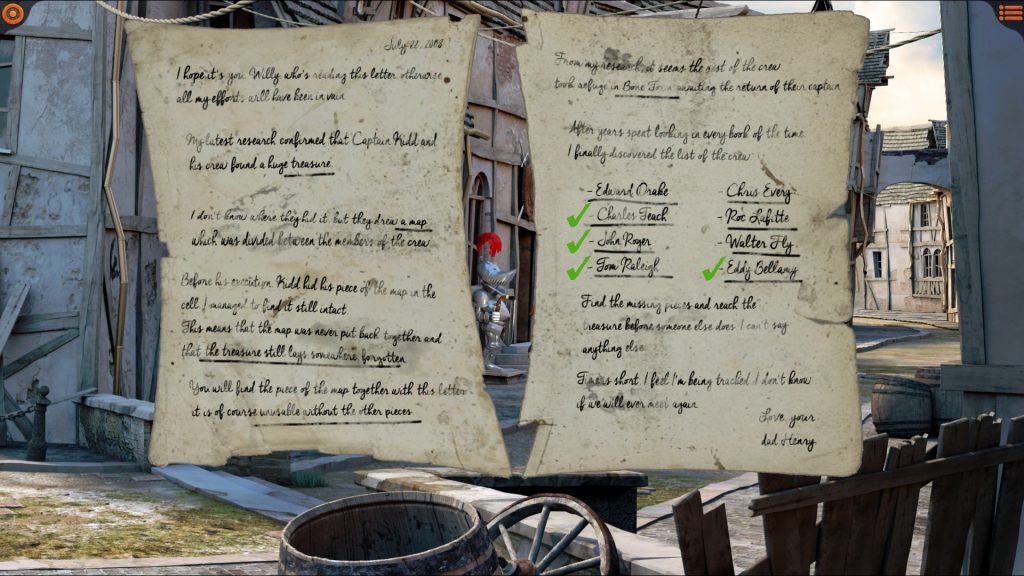 It goes like this — Willy’s dad discovered that there were nine pieces of a map needed to find hidden pirate treasure, so he left the single piece he had plus the names of the eight pirates who owned the remaining pieces. Going around the town, it’s easy enough to see which locations will yield a map piece, like Chris Every’s piece pertaining to the drugstore owned by the Every family. After obtaining the piece associated with each pirate, Willy’s letter will spawn a checkmark next to the name, keeping track of the which ones are left. This makes wandering around discovering random items to pick up seamless and satisfying, as you can struggle with one puzzle until you decide to try your hand at another. For the most part, the puzzles can be solved in any order, so it’s up to you to take it at your own pace and become truly familiar with Bone Town and its inhabitants.

Speaking of inhabitants, I found myself wishing for more character diversity in Willy Morgan and the Curse of Bone Town. Out of the 18 or so characters that existed in the world of Willy Morgan (either appearing on screen or mentioned in name), only two were female, with just one being mentioned, not featured. And since a lot of the male characters featured shared the same voice actors, appeared to be the same race, and were of the same general age, they all blended into each other, making the people themselves feel less vibrant than the city they lived in (which, as a kind of dull, run-down city, is saying something). It’s less about wanting diversity for the sake of appearances and more that it helps those of us who suffer from face blindness miss critical cues that help us tell people apart from each other. Usually with these games, the setting outshines any character design simply due to the necessity of the main character needing to work with the items in the environment, but in this case, it was more that the people were just so bland the dreary city oddly stood out better against them. 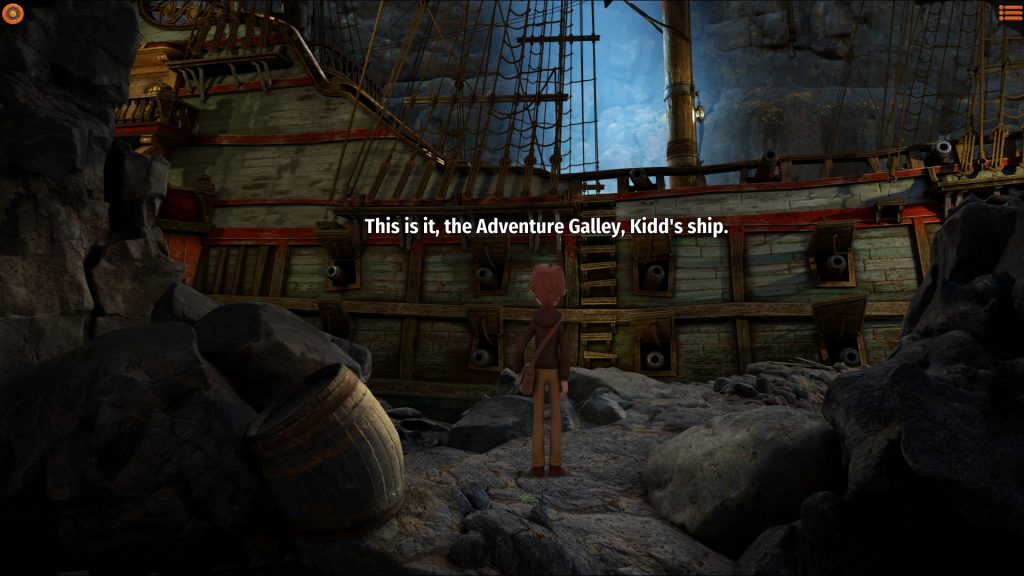 The rest of the levels were decently paced — you can’t have too many long levels I suppose — but since there were so few, the entire Willy Morgan and the Curse of Bone Town experience felt short. Having played through once before to preview the title and then a second time for this review, my total amount spent with this game amounts to a little over six hours, and this is without the aid of a walkthrough. Don’t get me wrong, the puzzles are definitely head-scratchers, but averaging a time of three hours from start to finish is definitely a point of contention for some players. It’s one thing if the game feels complete, but Willy Morgan and the Curse of Bone Town was more of a prologue, teasing what’s yet to come from the franchise. Which, awesome, more Willy Morgan, right? But considering the price:hours ratio of this first one with low replayability, it’s worth noting.

Despite any hangups mentioned, Willy Morgan and the Curse of Bone Town aimed for a Monkey Island-shaped moon and landed among the stars in the immediate vicinity. In terms of puzzles, the Bone Town level is bar none one of the best point and click designs I’ve played in modern memory, and the storyline is straight outta pirate-filled nostalgia. It’s held back by some design choices and perhaps the length, but the game itself is certainly a solid experience to be proud of. I’m definitely a fan of the franchise and will be eagerly awaiting the next one when and if it drops — hopefully sooner rather than later.

Full disclosure: This review is based on a review copy of Willy Morgan and the Curse of Bone Town provided by the publisher. 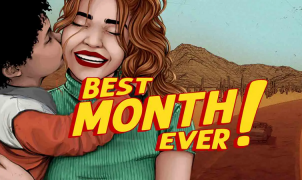 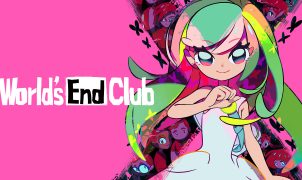