Bound to be a hit! 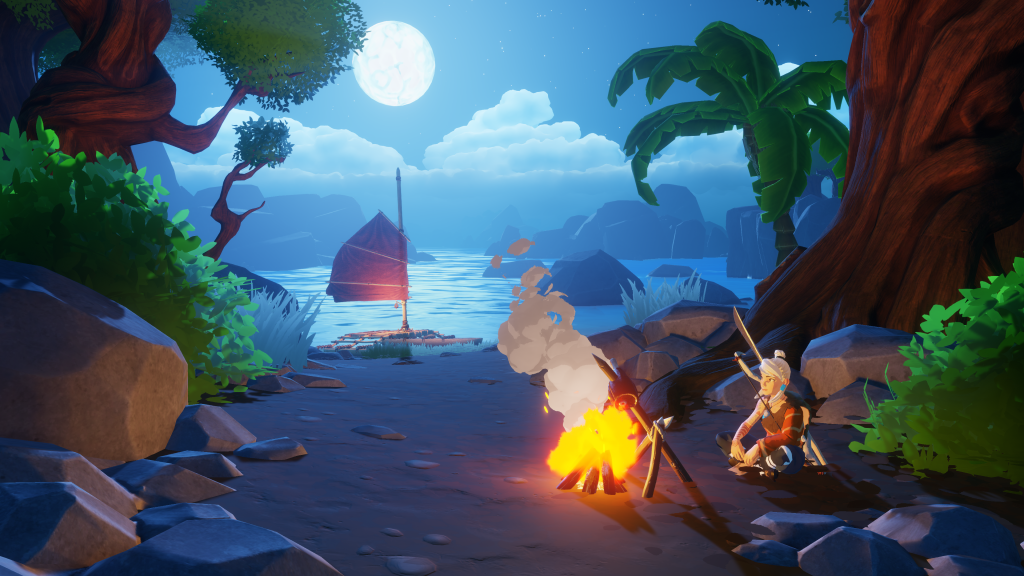 The two hobbies that have been pushed to the forefront this year have easily been video games and exploring the great outdoors. With bars, clubs, and other venues/activities closed, there’s really little else to safely do. For those of us stuck in concrete jungles, the latter activity has been a bit hard to do; therefore, I’m pretty grateful for games like Windbound that bring the outdoors to me from the comfort of my own home.

Developer 5 Lives Studios and publisher Deep Silver will be releasing Windbound on August 28 for PS4, Xbox One, Nintendo Switch, and PC. With a friendly price of $29.99, this action/adventure survival title simultaneously gives off both Wind Waker and Breath of the Wild vibes with a heavy dash of Disney’s Moana, but does it deliver? Only one way to find out! 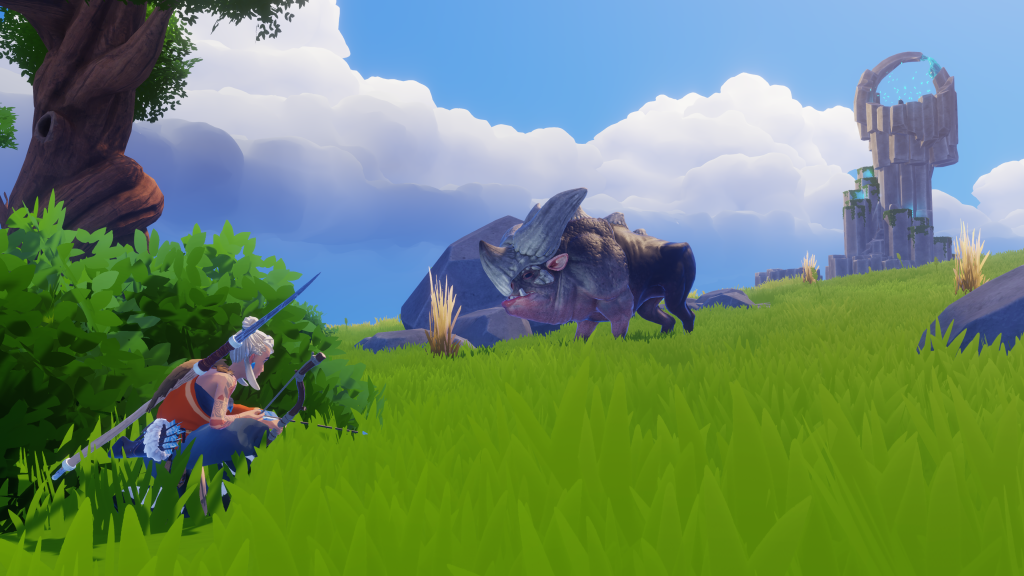 Windbound opens up on a stormy night on treacherous seas. Brave sailors, try as they might, fought valiantly against the currents, but for one unlucky warrior — Kara — the monster that dwell below caught her boat in its tentacled grasp. As she slipped beneath the surface, something mysterious beckoned to her, and as she regained consciousness, she heeded its call. Suddenly, awake and alert, Kara finds herself abandoned without her seacraft on a small island, with mysterious beacons within sight. Now it’s up to her to survive alone on these islands while unraveling the mystery behind the beacons, faring the seas, and finding her way back to her people.

Players will take control of Kara and explore her immediate surroundings. Armed with only a knife at the beginning, Kara will be able to collect tall grasses, rocks, and other crafting materials to make a serviceable raft. Further collecting will yield food items and materials to make weapons, which can then be used to hunt the various creatures that live on these small grassy islands for food and crafting items. By crafting, hunting, sailing, and exploring will Kara unlock the secrets of the beacons and rejoin her companions. 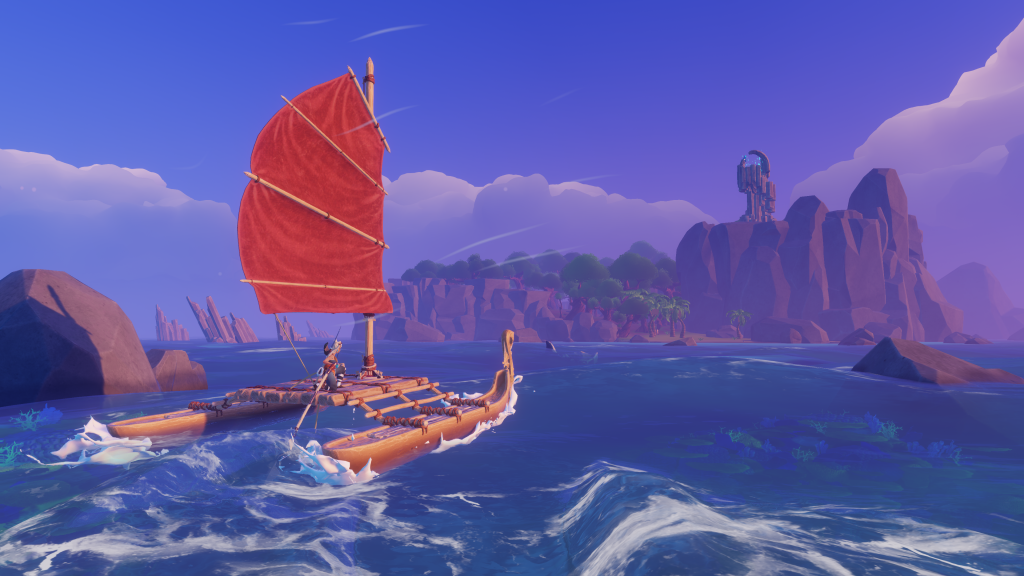 Windbound’s controls are fairly intuitive, as WASD controls movement, space jump, E for interacting and I for inventory. Nothing sticks and everything is really clean. As is the nature of crafting games, there are a lot of opportunities for clunky UI, but Windbound handled the variety of menus in a simple, easily digestible manner. Progression has a logical flow, and moving from one goal to the next is both intuitive and exhilarating.

The aesthetics of Windbound are easy to appreciate — they’re gorgeous, both audibly and visually. I really appreciate the style, as it is easily reminiscent of Breath of the Wild, but perhaps more Disney-fied (for lack of a better term). However you want to describe it, the visual style is warm, friendly, and familiar, making Windbound a game that’s extremely easy to gravitate towards. And with pleasant music to match, Windbound definitely appeals to the senses. 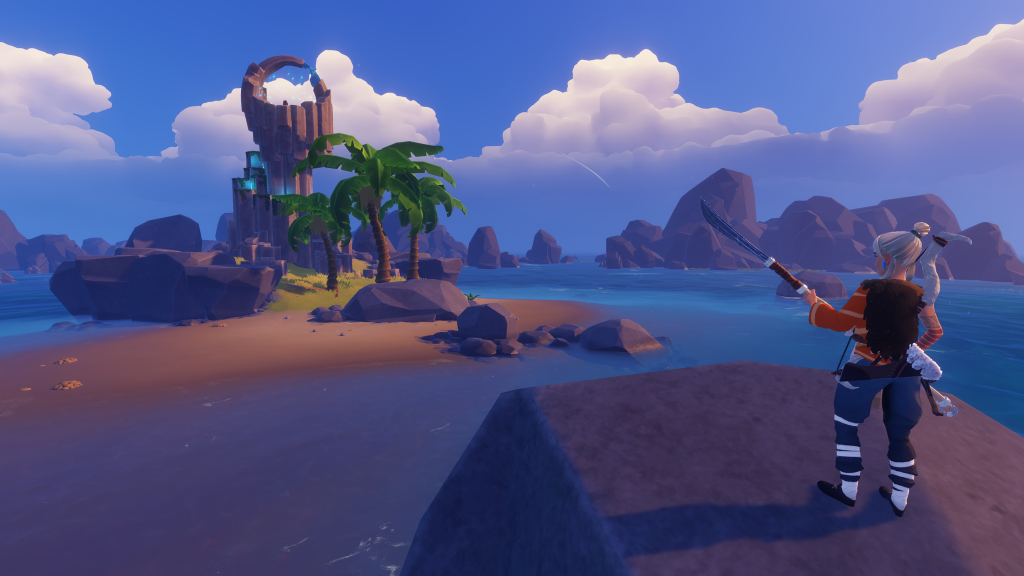 I was surprised by Windbound’s addictive gameplay — since everything is broken up into islands, there was an enjoyable loop of landing on a new island and collecting every resource in sight. Although it’s possible to become overencumbered, Kara can quickly craft a palm frond pouch or a grass basket to remain back on her boat, so gather to your heart’s content. As it is a survival game, it’s important not to get too hungry or let your health drop too low, so be sure to eat whenever possible, either by chowing down on berries or hunting for meat. After the island is cleared of resources and the beacon has been investigated, it’s lather, rinse, repeat and onto the next one!

Another aspect of Windbound I enjoyed immensely was sailing the surrounding seas. Instead of just arbitrary distance between islands, the waters were teeming with interesting items, including coral reefs, seaweed beds, and, of course, fish. Once I was able to craft a mast, Windbound was smooth sailing — literally. By learning how to work with the wind, I was practically flying across the water between islands, a thoroughly exhilarating experience.

Windbound’s depth came as a surprise to me; for such a warm and inviting presentation, I expected a much more casual game. What I didn’t expect was a survivalist title with both permadeath and more forgiving options wrapped up in a cheerful action/adventure mystery in an archipelago teeming with life. There is so much to see, craft, uncover, and explore in Windbound, and I cannot wait until its release when Kara’s world becomes fully available. Be sure to wishlist it on Steam today! 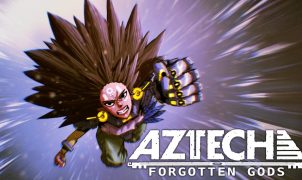 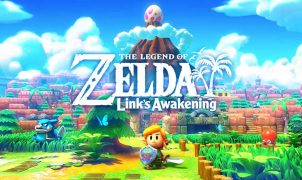 What’s old is new again. Spoiler Warning: While I don’t get into anything specific, the implications here might be rendered obvious to anyone who still hasn’t hopped onto the…