Though it’s a fleeting experience, Saint Kotar: The Yellow Mask gives us faith that Red Martyr Entertainment is on a righteous path 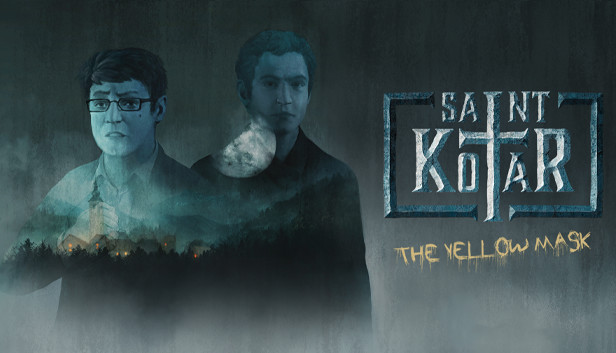 Drawing its inspiration from such classic gaming franchises as Broken Sword and Gabriel Knight, Saint Kotar: The Yellow Mask is a haunting point-and-click adventure set in the small, rural town of Sveti Kotar nestled in the mountains of Croatia. Developed by Red Martyr Entertainment, the game serves as the prologue to Saint Kotar, which was recently funded on Kickstarter.

As would be expected from a free game that’s mostly intended to stoke interest in a larger project, Saint Kotar: The Yellow Mask is quite short. My full playthrough took a little less than three hours to complete. However, brevity aside, this tantalizing teaser did an admirable job of pulling me into Saint Kotar’s dreary world of devil worship and witchcraft with its superb atmosphere and intriguing cast of characters. 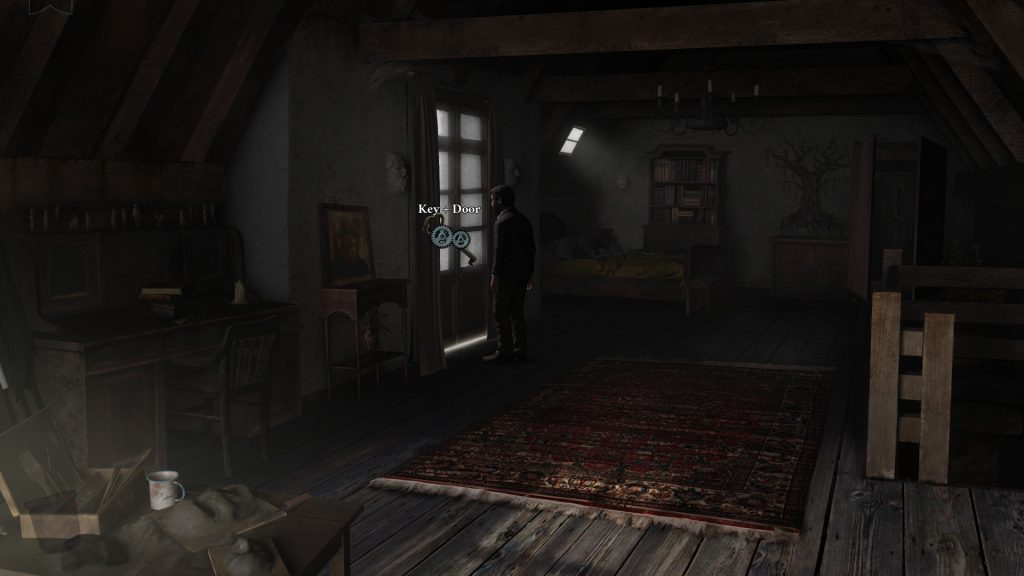 Like any decent point-and-click adventure, Saint Kotar: The Yellow Mask will have you scouring every inch of the environment to find things to interact with and items to collect.

Saint Kotar: The Yellow Mask lays the oppressive atmosphere and religious imagery on thick in its opening moments as players find themselves in a hellish world of fire and brimstone. At the start of the game, you control Benedek Dohnany, a rigidly devout man who’s been experiencing a rash of horrible nightmares since he arrived in the eerie medieval town with and his sister, Viktoria, and brother-in-law Nikolay Kalyakin.

After waking up in a small cottage adorned with macabre sculptures and unsettling figurines, Benedek discovers both his sister and his most cherished possession, his father’s bible, have gone missing. Sensing something is very wrong with the secluded mountain town, he and Nikolay set off into the ancient city to find their stolen belongings and locate Viktoria.

Throughout the game, you’ll control both Benedek and Nikolay as they explore a small slice of Sveti Kotar and try to gather information from the locals. These two protagonists couldn’t possibly be more different from each other. A borderline clone of our patron saint Rick Moranis, Benedek’s an ultra-religious ball of nerves who quickly began to wear out his welcome. He’s high-strung, manic, and never misses an opportunity to proselytize at great length, which I found to be pretty obnoxious. Still, as grating as his personality is, it works in the context of the game’s story with all of its religious overtones.

I much preferred to play as Nikolay. Free from the dogma that consumes his brother-in-law, he’s a somewhat prickly, no-nonsense character who I found to be, despite his severe morphine habit, a much more bearable. His intensity and willingness to get his hands dirty when dealing with the town’s locals made his segments more tense and exciting than those of Benedek, who handles every interaction like the world’s most high-strung door-to-door bible salesman. 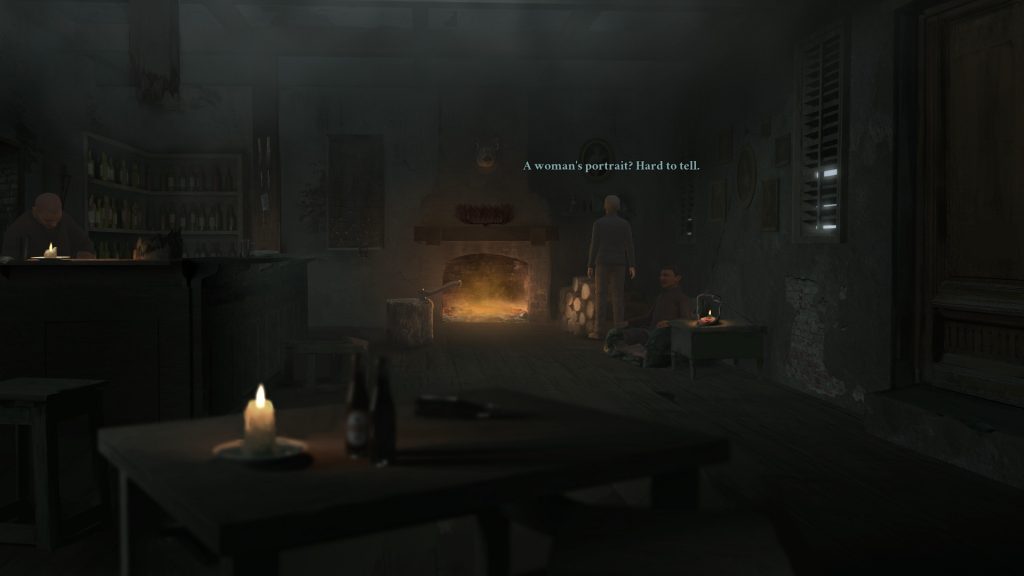 Saint Kotar: The Yellow Mask features some truly striking environments that are full of little details.

If you’ve played a point-and-click adventure in the past 30 or so years, Saint Kotar: The Yellow Mask will be easy to pick up. You navigate around the environment and interact with objects with the mouse cursor. There are no action buttons to speak of, and highlighting an item you can interact with will instantly change the icon to the necessary command. That said, I appreciate the game’s streamlined interface that’s almost entirely distraction-free, save for a small bag that you can click to access your inventory, which made it easier to soak up the game’s spooky and lushly detailed backgrounds.

One thing that did surprise me is that Saint Kotar: The Yellow Mask is that it’s a point-and-click adventure that’s almost entirely devoid of puzzles. Instead of solving brain-teasers — something that’s been a staple of the genre since time immemorial –, you’ll spend most of the game chatting with the locals to learn more about the grim history of Sveti Kotar, a crumbling town that the locals say serves as the gateway to Hell itself. I can’t lie: this lack of puzzles initially really disappointed me. After all, I tend to believe a point-and-click adventure is only as good as the obstacles it throws your way, and with them all but absent from the game, I was afraid Saint Kotar: The Yellow Mask wouldn’t be able to hold my interest.

However, the more I became invested in the game’s strange village and its lore, the less its lack of puzzles seemed to bother me. I was too busy soaking up the game’s superb writing and excellent voice acting, which made these conversations very intriguing despite their tendency to move at a glacial pace. By the end of the game, I found myself dying to learn more about the town’s lore and its unusual residents, who, once a year, burn effigies and wear nightmarish masks to ward off evil spirits, and seem to be under the influence of some mysterious force emanating from the forest surrounding the town.

The Saints Come Marching In

Without a doubt, Saint Kotar: The Yellow Mask is fascinating, but this haunting prologue seems to end just as soon as things start to get interesting. Still, despite its brisk runtime, I found myself engrossed with the eerie world that Red Martyr Entertainment has managed to craft. I’m genuinely interested in finding out where Benedek and Nikolay’s stories go from here when Saint Kotar releases next year – hopefully with a few satisfying puzzles to make the moment-to-moment gameplay a bit more engaging.

If you’re a fan of point-and-click adventure titles or horror games with plenty of tense and foreboding atmosphere, Saint Kotar: The Yellow Mask is worth checking out. If you’re interested in giving it a shot, you can download the game for free on its official Steam Page.